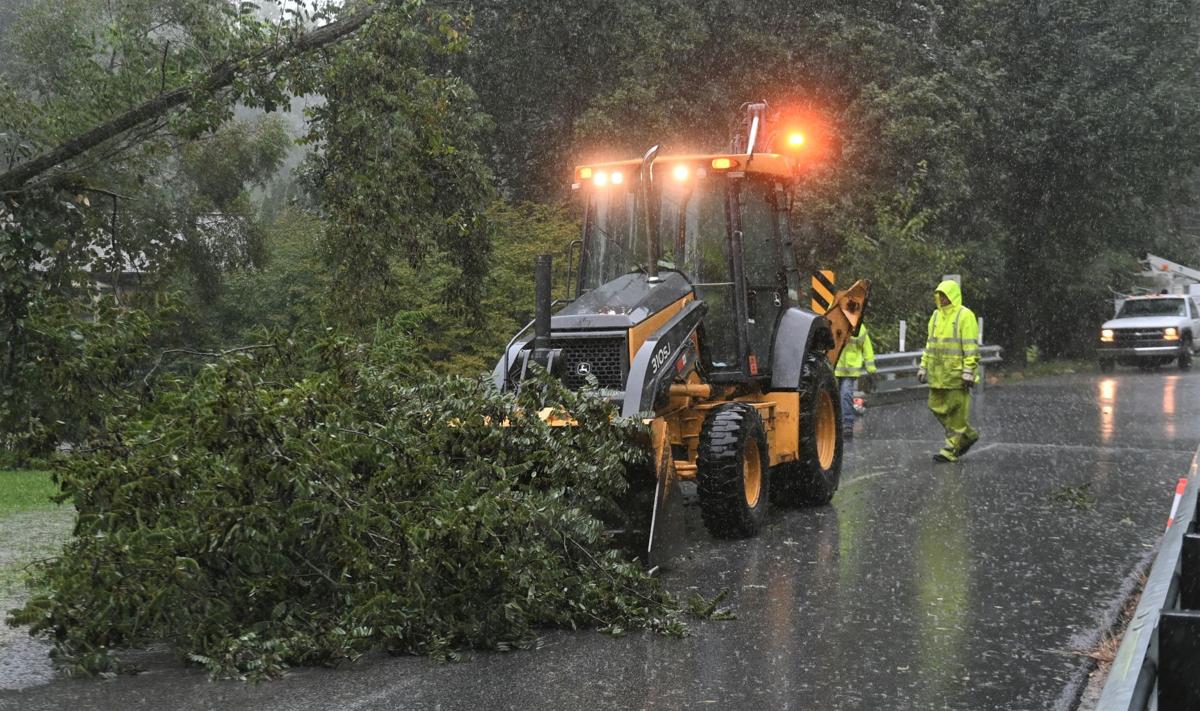 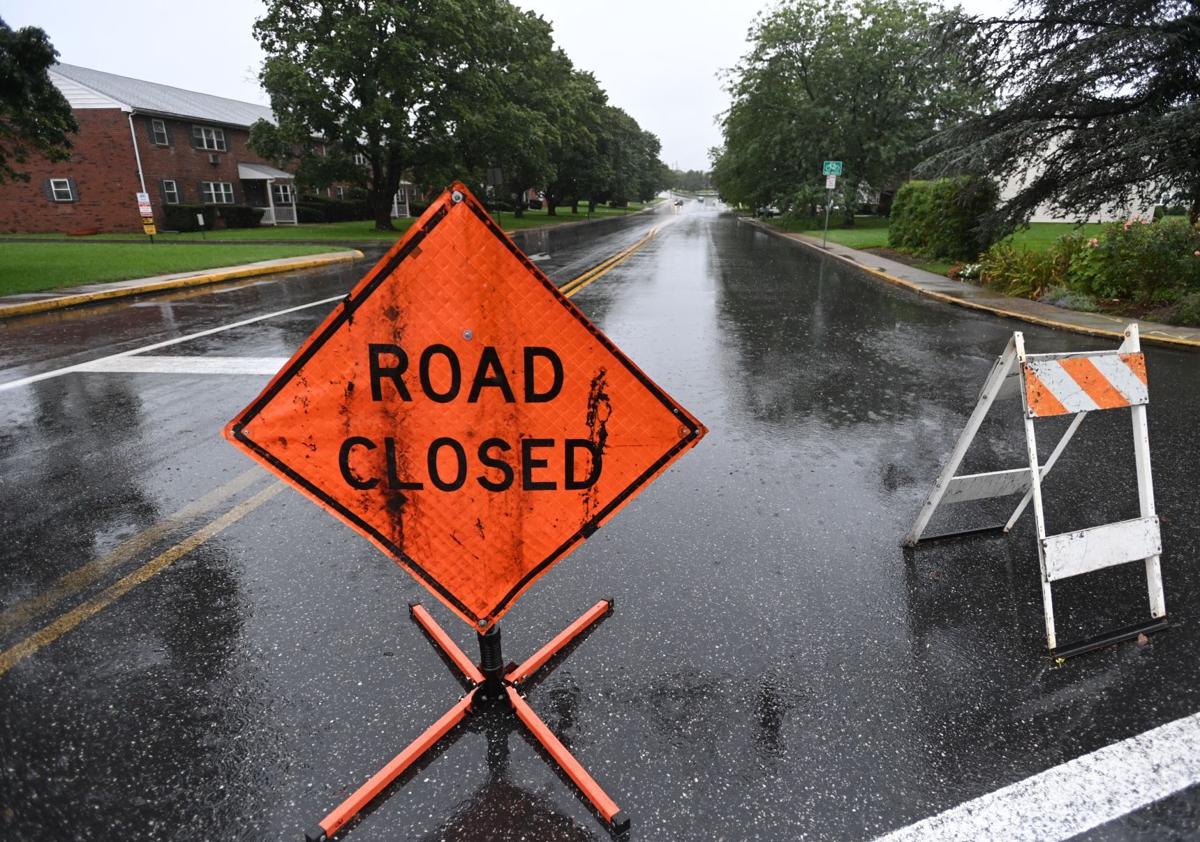 South West Street at Walnut Bottom Road in Carlisle was closed Wednesday afternoon because of flooding. 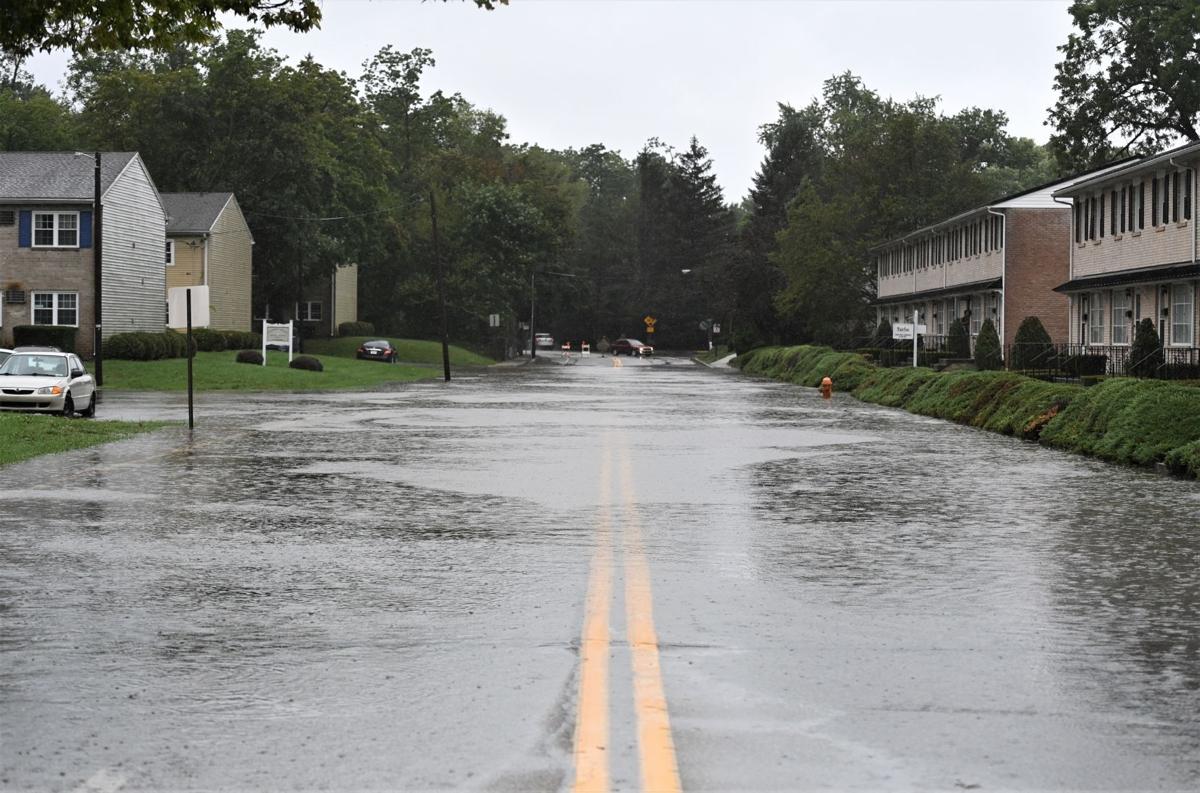 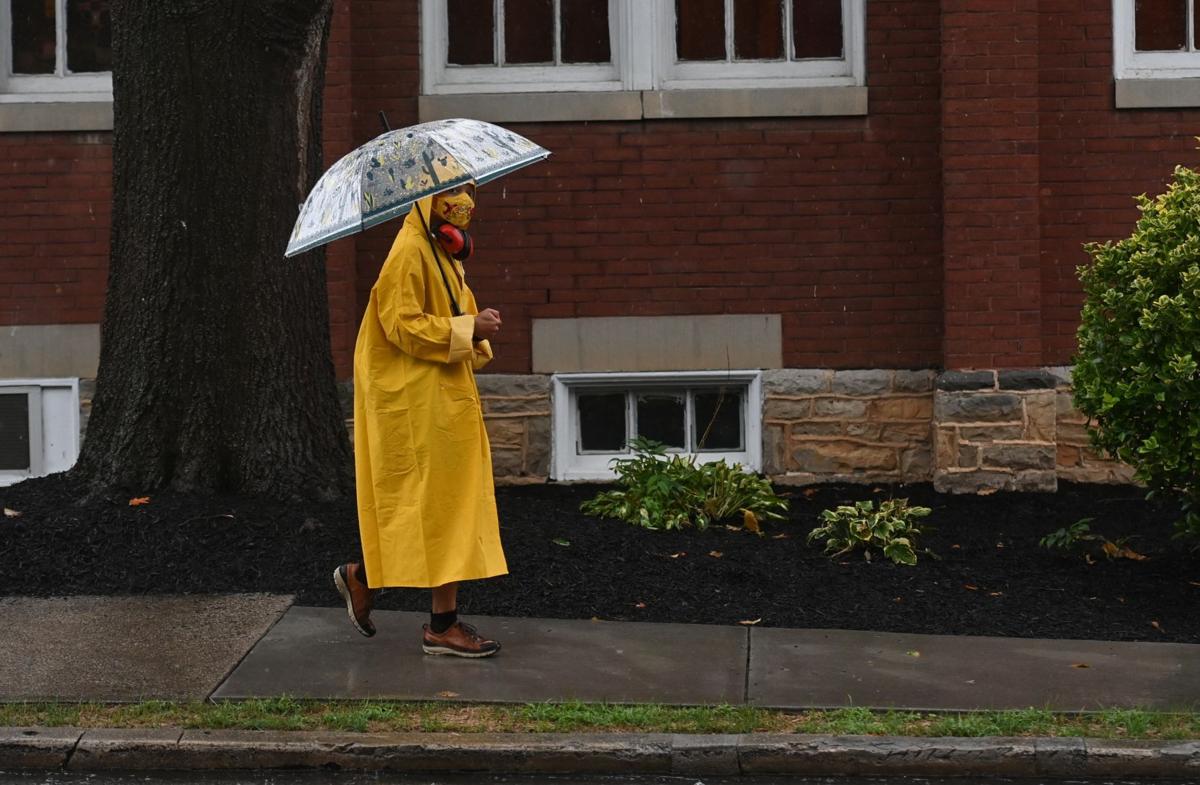 A pedestrian with a rain coat and umbrella walks along South West Street in Carlisle Wednesday as remnants of Hurricane Ida move across the state. 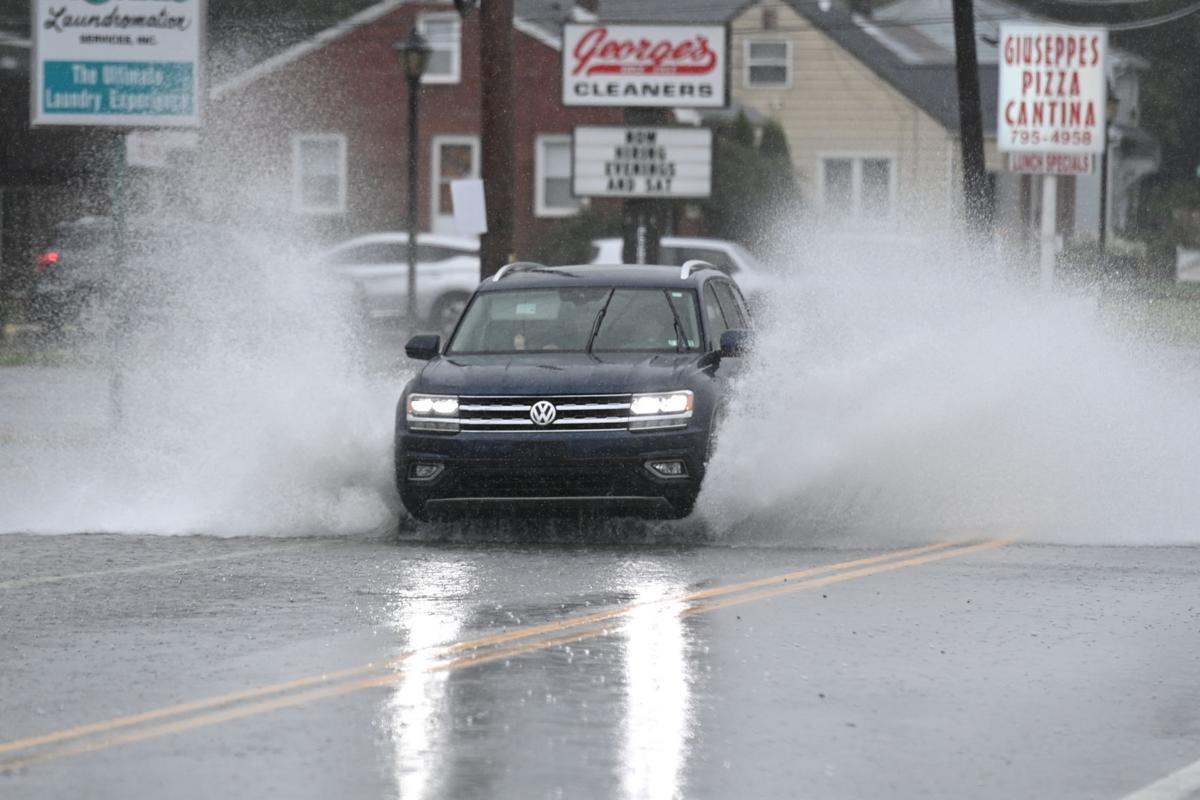 A car drives through water at the intersection of Apple Drive and Simpson Street in Mechanicsburg as the remnants of Hurricane Ida floods low-lying areas. Mechanicsburg Borough announced at 12:40 p.m.

Flash flood warnings from the National Weather Service were in effect Wednesday as federal and state emergency authorities expected conditions to persist into the early hours of Thursday morning.

The county courthouse and offices closed at 1 p.m. on Wednesday, and the county commissioners authorized the Cumberland County Department of Public Safety to execute any necessary measures to deal with the storm.

“Please, if you can stay home today, please stay home,” Wolf said at a news conference from the Pennsylvania Emergency Management Agency headquarters in Harrisburg. He warned that urban, river and flash flooding were expected through Thursday.

“The best thing all of us can do right now is to stay home and stay safe,” Wolf said.

Nearly all of the county’s schools districts, as well as most private schools in the area, were closed or dismissed students early on Wednesday.

NWS and U.S. Geological Survey data for the Harrisburg rain gauge reported 4.7 inches of rainfall from 7 a.m. to 7 p.m. Wednesday, with another 1 to 2 inches possible Wednesday night. Eric Finkenbinder of ABC27 Weather tweeted at 8:31 p.m. "Today's rain now ranks as the 3rd wettest day on record for the Harrisburg area."

In a tweet posted at about 7:30 p.m., State Police said residents of Williams Grove trailer park were being evacuated to the Monroe Fire Company and were being told not to leave their pets behind.

Local municipalities said they were monitoring common flood points along roads in the county.

“We’re going to be keeping an eye on them throughout the evening and if things get hairy, they’ll close the road,” said South Middleton Township Manager Cory Adams.

Common problem points in the township include Ladnor Lane, running between the Holly Pike and Zion Road, as well as the intersection of Petersburg and Lerew roads, Adams said, due to their proximity to the Yellow Breeches Creek and its tributaries as well as farmland with limited drainage.

“There’s just nowhere for the water to go,” Adams said.

In Carlisle, Borough Manager Susan Armstrong reported that borough crews “periodically closed streets down to allow the water ample time to recede and then reopen streets when appropriate.”

Problem areas include Walnut Bottom Road at South West Street, according to the borough, as well as the intersections of Clay and North Hanover streets; West South and Hanover; East South and Bedford; and South Spring Garden and High.

Mechanicsburg Borough Manager Roger Ciecierski reported that rains had washed out the trench for a recently installed gas line at Apple Drive and Allendale Road, temporarily closing the intersection.

As of Wednesday afternoon, Ciecierski said no major flooding had been reported, likely due to the heavy but steady rain that has thus far not had any sudden, torrential downpours.

“Fortunately it’s giving it a chance to get into the ground,” Ciecierski said, but if rains become heavier, “the water can’t get into the system fast enough, and the inlets aren’t big enough to let it in.”

Photos: Scenes from Cumberland County as Ida moves through the area Wednesday

Portion of High Street closed for second-alarm fire in Carlisle

A portion of East High Street is closed as of 8 a.m. after a second-alarm fire call in the first block of North East Street in Carlisle.

Carlisle Fire Chief Randy O'Donnell said all occupants were reported out of the building for Wednesday morning's fire, but a pet dog died.

No one is believed to have been injured in the incident, although a vehicle sustained gunshot damage, Carlisle Police Department Sgt. W. David Miller said.

South Middleton School District hits the pause button on serious work on a diversity and inclusivity initiative as other priorities accompany Superintendent Jim Estep and his administration.

Today's Sentinel police log includes a report of a firearm theft in Shippensburg Township and a bicycle theft in Hopewell Township.

Area residents and businesses continue to report intervals of up to a week between deliveries from the U.S. Postal Service, an issue resulting from what the USPS says is difficulty hiring.

South West Street at Walnut Bottom Road in Carlisle was closed Wednesday afternoon because of flooding.

A pedestrian with a rain coat and umbrella walks along South West Street in Carlisle Wednesday as remnants of Hurricane Ida move across the state.

A car drives through water at the intersection of Apple Drive and Simpson Street in Mechanicsburg as the remnants of Hurricane Ida floods low-lying areas. Mechanicsburg Borough announced at 12:40 p.m.