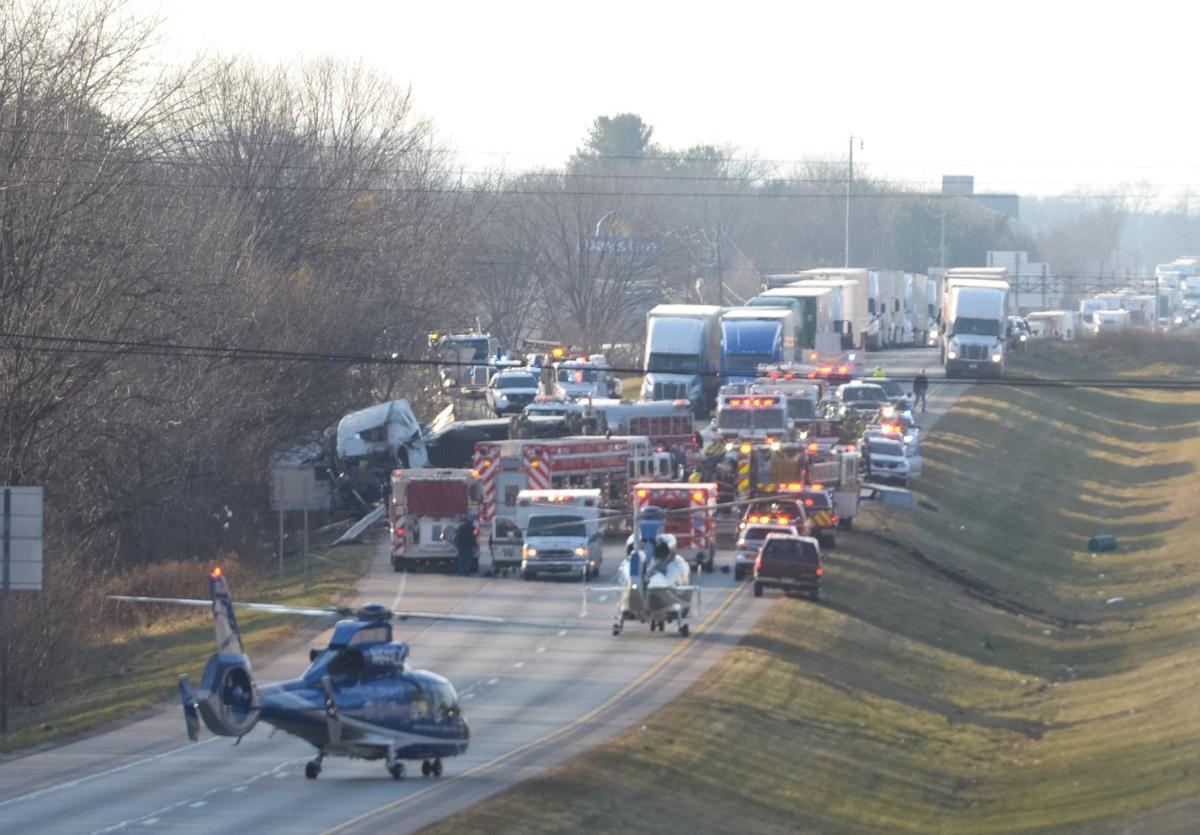 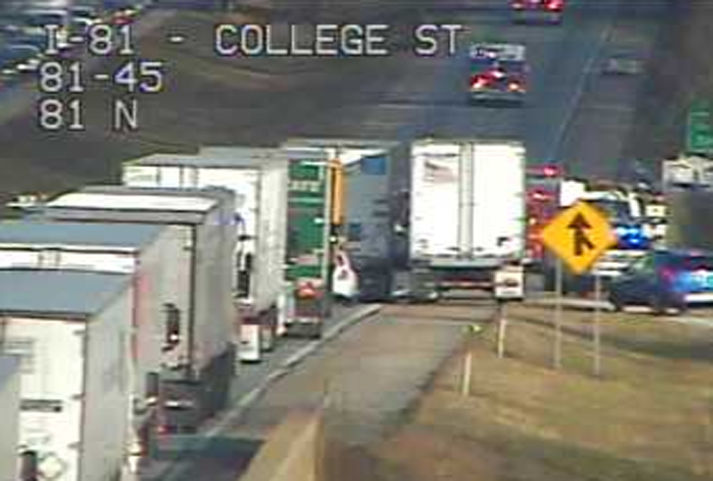 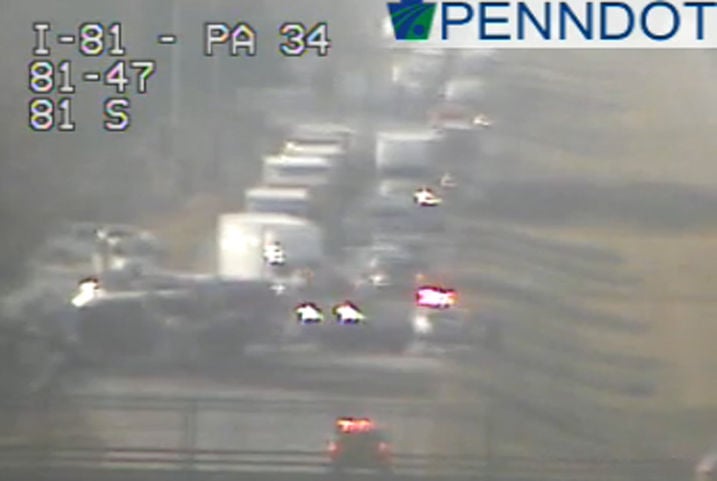 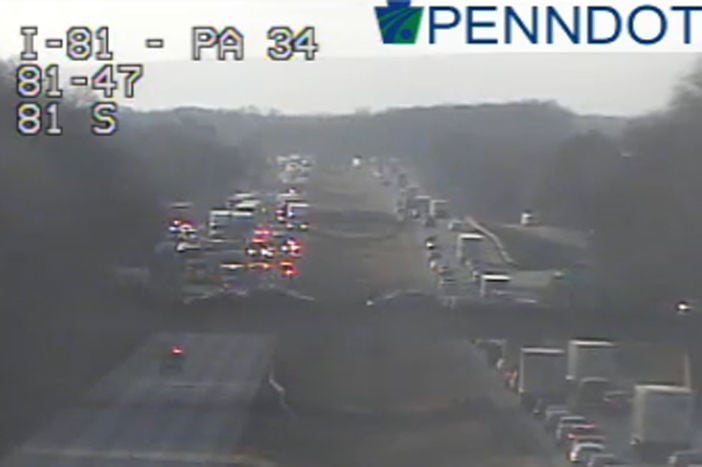 Traffic is backlogged on both sides of Interstate 81 after a Wednesday afternoon crash between College and Hanover street exits.

One person is dead and two others have been taken to Penn State Hershey Medical Center following a crossover crash Wednesday on Interstate 81.

The Cumberland County Coroner and two Life Lion helicopters, as well as multiple other first responders, were called to the scene of what Cumberland Goodwill EMS called a "significant accident" with "multiple patients." The crash occurred between the College Street and Hanover Street exits, close to the on-ramp at College Street.

Around 2:45 p.m., a dump truck that was traveling south in the left lane of the highway blew out a tire causing it to cross the median and strike a tractor trailer traveling in the northbound lane head on, according to Pennsylvania State Police.

The tractor trailer driver was killed as a result of the crash, police said.

The driver of the dump truck and the driver of a pick-up truck that was traveling north on Interstate 81 and was also involved in the crash were flown to Hershey Medical Center, according to police.

As of Wednesday evening, no further information about the drivers was available.

The crash forced the closure of the northbound lanes for hours, with traffic diverted off at Exit 44 (Allen Road/Plainfield). Most of that traffic ended up in downtown Carlisle, with tractor-trailers and other vehicles traveling on Ritner Highway and West High Street before turning onto South Hanover Street to get to the Hanover Street entrance back onto I-81.

Carlisle Police reported they had officers at most of the major downtown intersections directing traffic and making sure traffic flowed smoothly.

Traffic got heavier as the evening rush hour hit, sending standstill backlogs on I-81 north close to Newville. Though southbound lanes remained open, traffic was backlogged from the crash site to Mechanicsburg, and later to near the Wertzville Road exit during rush hour.

Officials: Many migrants from border staying in US

Officials: Many migrants from border staying in US

The past two weeks have seen an outpouring of requests from people wishing to speak at Monday's meeting, according to an advisory posted on the district website over the weekend.

Six counties in the Southcentral Pennsylvania region, four of which are in the Midstate, reported at least one new death linked to COVID-19 over the weekend.

PennDOT says the purpose of this project is for the widening and reconstruction the Route 34 and Cavalry Road intersection to accommodate a dedicated Route 34 southbound left turn lane.

Today's Sentinel police log includes an investigation into daytime burglaries in a neighborhood in Upper Allen and crash investigations in Hopewell Township.

Shippensburg Area School District switched to virtual instruction at its middle school during the week of Sept. 13 because of a rise in COVID-19 cases.

Traffic is backlogged on both sides of Interstate 81 after a Wednesday afternoon crash between College and Hanover street exits.