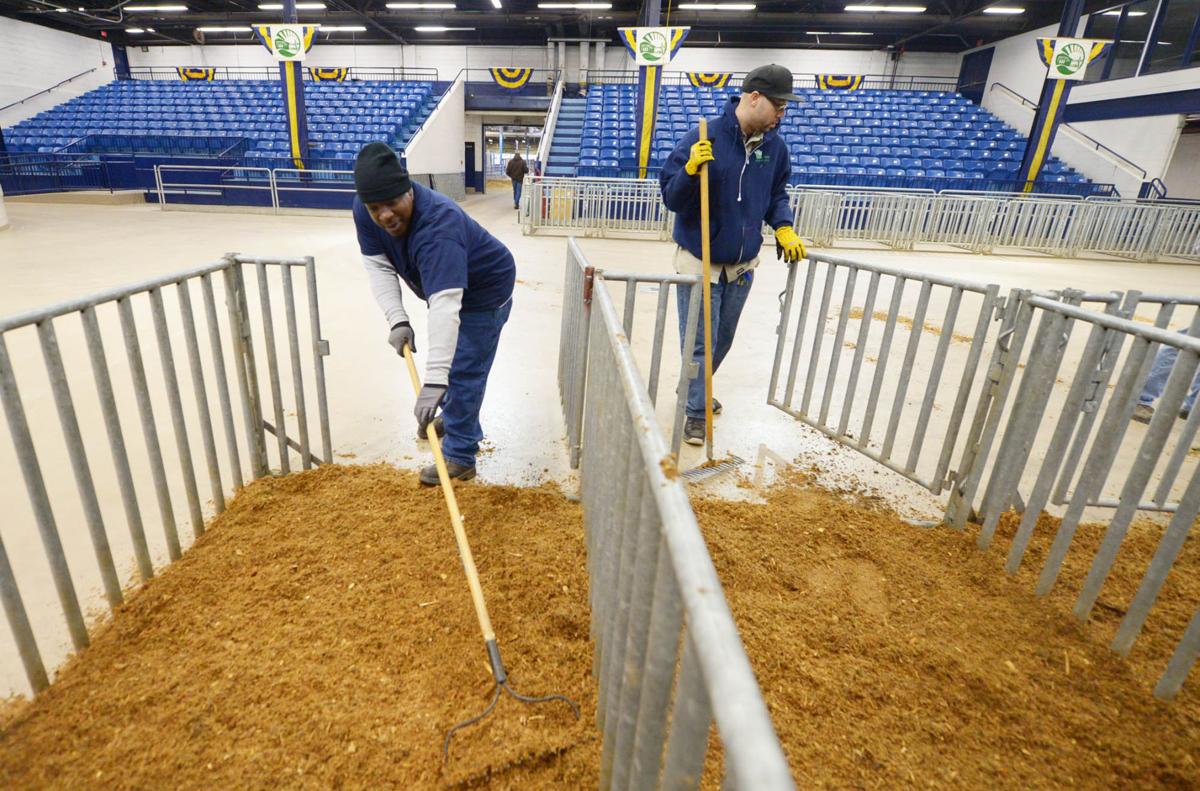 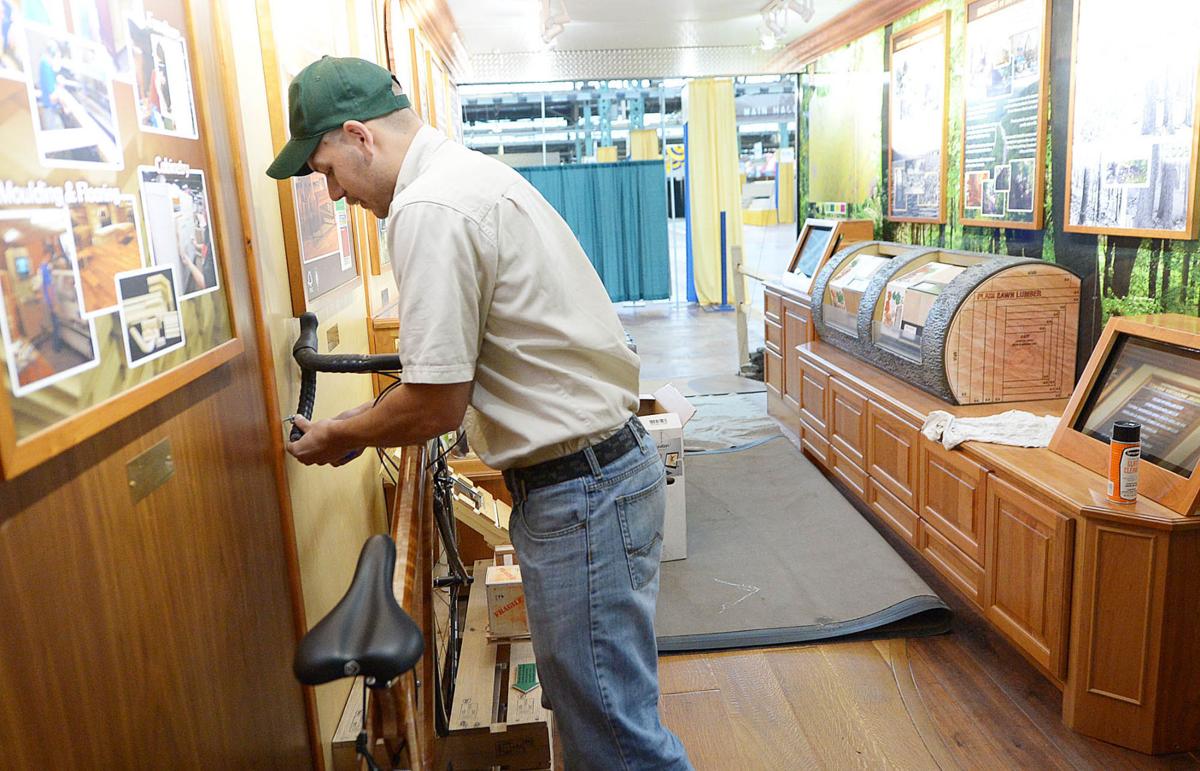 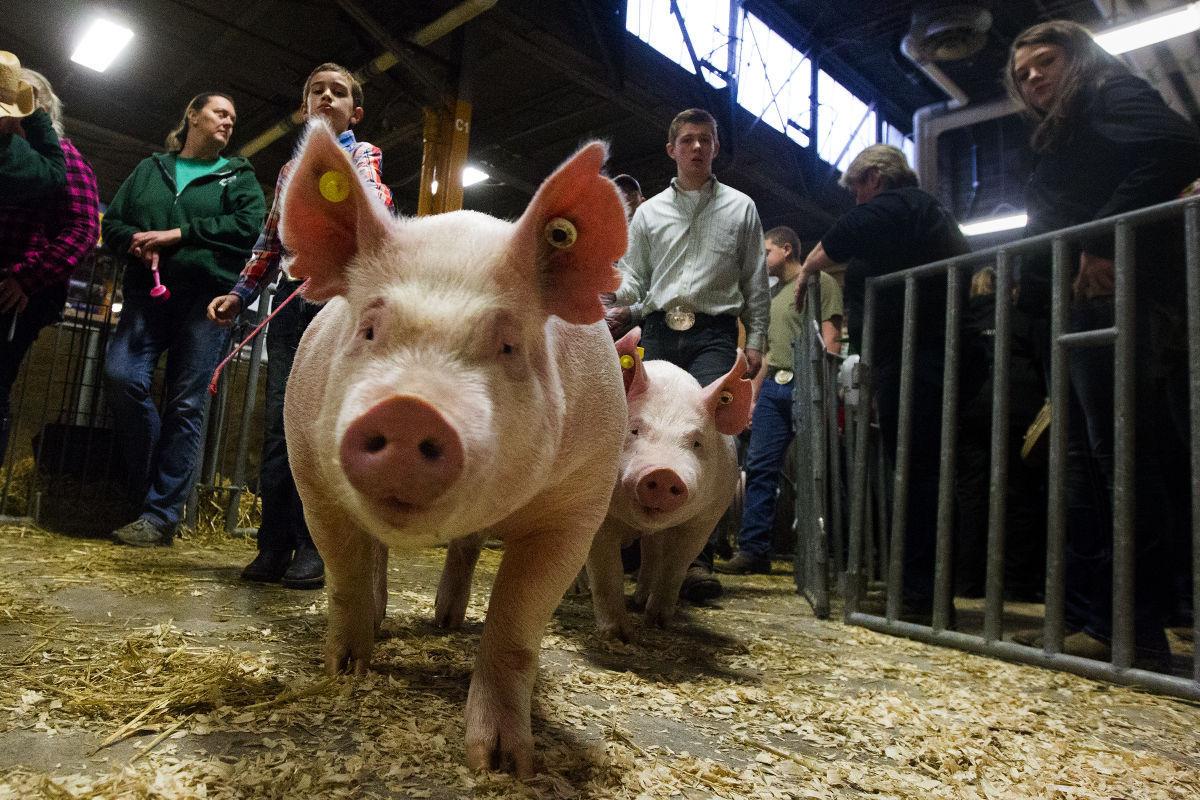 Junior market swine are ushered into the small arena during the Pennsylvania Farm Show in 2015.

HARRISBURG — The 100th Pennsylvania Farm Show opens it gates Jan. 9 with a new milkshake flavor, old plows and tractors, a mushroom house, an ice cream scoop off, thousands of animals and everything from square dancing to rodeos.

Using the theme “The 100tth Pennsylvania Farm Show: Our Commonwealth’s Blue Ribbon Experience,” this year’s show focuses on both the past and the future.

“Since 1917, Pennsylvanians from all walks of life and from every corner of the state have come to Harrisburg to showcase their best livestock, their best projects or their best products,” state Agriculture Russell Redding said. “The history of the Pennsylvania Farm Show is in large part the story of Pennsylvania.”

This year’s Farm Show will not have any poultry exhibits because of the threat of the highly contagious avian influenza. However, youth can compete in a “birdless” poultry showmanship competitions using pictures of birds, and in poultry poster and scrapbook contests.

Youth Angora rabbit breeders will hold an “Angora Palooza” in which they spin angora fiber in the Small Arena at 6 p.m. Jan. 15.

The Culinary Connection, with its cooking demonstrations and samples, has a full schedule that includes such celebrity chefs as Gina Neely, star of Food Network’s “Down Home with the Neelys” and “Road Tasted,” at noon and 2 p.m. next Saturday; and John Moeller, former White House chef, at noon Jan. 16.

Historic displays at this 100th Pennsylvania Farm Show include history walls showing both the evolution of Pennsylvania agriculture and the changes in the Farm Show over the years. A “100 Years of Agriculture” program will be held at 11:30 a.m. Jan. 12 in the Equine Arena to show agricultural changes from horse power to steam engines to tractors and from simple plows to plows with GPS technology.

Weis Markets will present a “Farm-to-Shelf” exhibit showing the journey of apples, pork, potatoes and dairy products from the farm to the grocery store. Farm Journal Foundation will sponsor a roundtable discussion on global food security at 9 a.m. Jan. 11 in the PA Preferred Banquet Hall.

“We expect record crowds this year,” said Sharon Altland, Farm Show Complex executive director since April 30. “This will be a wonderful show, one people will remember. I’m honored to be the director and to work with such wonderful people here at the Farm Show Complex and in the Department of Agriculture. ”

The Hershey Harrisburg Regional Visitors Bureau has said that the 2015 show had an estimated economic effect of $95 million on the Midstate.

For more information about the 2016 Farm show, visit www.farmshow.state.pa.us.

Admission is free, but parking is $15 a vehicle in the main Farm Show lot and in the Farm Show lots off of Elmerton Avenue and at HACC. Free shuttle service and handicapped parking are available.

This week The Sentinel takes a Closer Look at the Pennsylvania Farm Show and its 100th anniversary this year.

Check out what is in store for the 100th Pennsylvania Farm Show and how to enjoy it without spending too much. Also check out an extra story on the history of the Farm Show.

The Sentinel looks at how the Farm Show affects the local economy, and what forecasts really say about the "Farm Show weather."

This week The Sentinel takes a Closer Look at the 100th Pennsylvania Farm Show, which opens Jan. 9:

Enjoying the Farm Show on the cheap

HARRISBURG – The best things in life may be free — but sometimes even free events come with a price tag.

Italy's parliament to begin voting for a new president

Italy's parliament to begin voting for a new president

Junior market swine are ushered into the small arena during the Pennsylvania Farm Show in 2015.