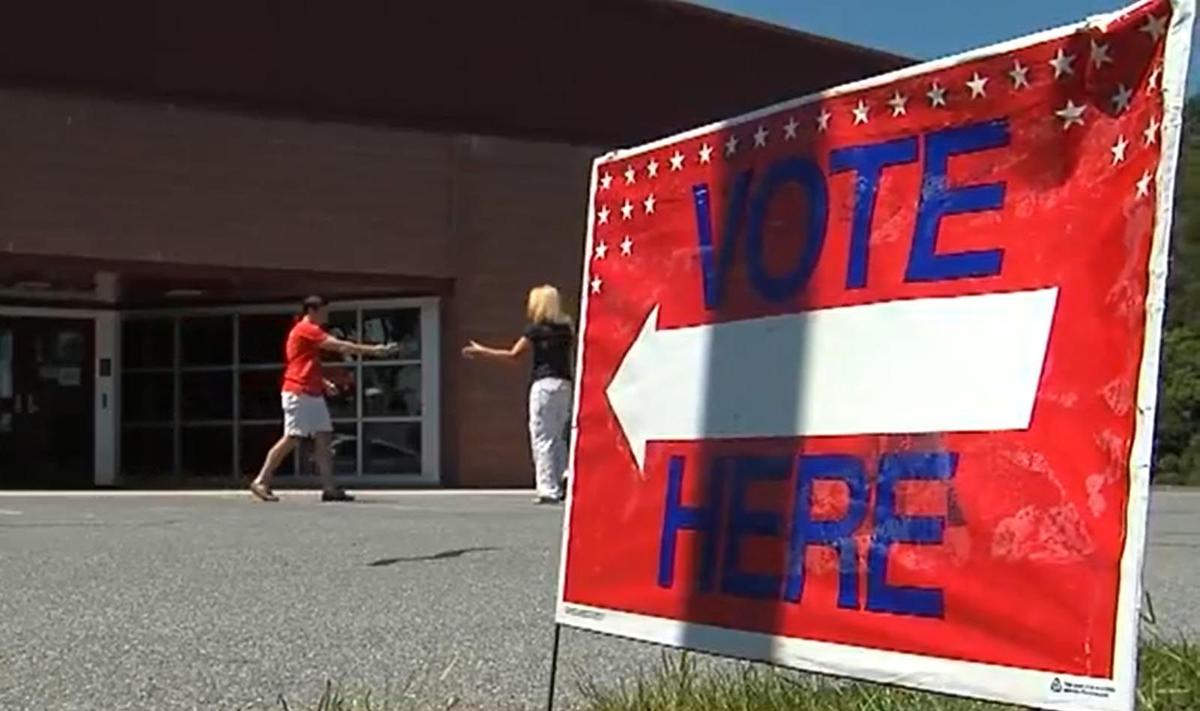 The Hampden Township Fire Department is one of Cumberland County’s polling places and was a site for voting in the special election Aug. 4, 2015.

If historical trends hold true, only a small portion of registered voters in Cumberland County will go to the polls Tuesday to cast a ballot.

This year’s election includes all three seats on the Cumberland County Board of Commissioners, a heavily contested race for the state’s highest court, as well as races for district attorney, country treasurer, several other judgeships and a slew of municipal offices.

Almost half of the seats on the Pennsylvania Supreme Court are up for grabs. This election could shape the court for years to come, and the commissioners race is one of the most contentious the county has seen in recent history.

“Why people don’t come out more in these elections is beyond me,” he added.

So, why are only a small portion of registered voters expected to take to polls Tuesday?

“I think the biggest problem comes from the fact that people think that public officials are unrepresentative and therefore unaccountable to the public as a whole,” Dickinson College professor of political science Sarah Niebler said. “When people think of their vote not mattering, I think of that more as a lack of efficacy, not so much voter apathy.”

This view that a vote doesn’t matter can feed on itself, Niebler said.

The cycle starts with a voter feeling their voice isn’t heard, which turns into them not voting. This means less votes are cast and elections are decided by a smaller portion of the electorate, compounding the feeling that individual counts don’t matter.

“There is such an apathy, both state wide and nationally, with people in politics,” Jason Kutulakis, vice-chair of the Cumberland County Republican Party, said. “They’re just disgusted and don’t feel like they are being represented.”

To put this in perspective, roughly 77 percent of the electorate did not, or were not able to, cast a ballot during the last commissioners’ race, meaning the election was decided by less than one quarter of all registered voters.

Niebler said this can lead to candidates only speaking to the people they think will actually vote.

“This is definitely a cyclical problem though — if certain populations of people tend not to vote, candidates have no incentive to reach out to them, which then reinforces the idea that the officials are unrepresentative,” Niebler said.

There is a definitely ebb and flow to voter turnout. It peaks during presidential elections and has its lows during “off-year” municipal elections with gubernatorial and midterm congressional elections falling in-between.

“The biggest thing that seems to drive voter turnout is the type of races that are being contested,” Niebler said.

Turnout for presidential election is typically around 70 percent in Cumberland County and midterm congressional elections come in second at about 50 percent voter turnout, according to Niebler.

“I think often people don’t vote in these elections because these races don’t receive the notoriety of a larger election,” she said. “It may be that people don’t think they have enough information to vote, but it also may just be that for a lot of voters, they just aren’t even thinking about politics at all.”

“This is unfortunate because the decisions that are made at the local and state levels often tend to have at least as much of a day-to-day impact on citizens’ lives as do decisions made at the national level by the president and members of Congress,” Niebler added.

Voter registration in the county tends to tilt toward Republicans. About 51 percent of the electorate was registered as a Republican during May’s primary, while only 33 percent were registered Democrat.

While this would lend to conventional wisdom that a higher voter turnout would favor the right, Niebler said that is not necessarily true.

“This is largely a myth,” she said about changes in voter turnout favoring either major party. “While political scientists have demonstrated that there are some policy differences between voters and non-voters, especially with respect to issues related to the role of government in redistributive policies literature suggests that very, very few electoral outcomes would be different with universal turnout.”

Niebler said there are a few institutional changes that have shown to drive up voter turnout, including same-registration and early voting. But, she noted one of the best ways to get people excited about an election and to the polls is through direct engagement.

“When individuals are contacted directly — especially face-to-face — by either candidates or nonpartisan groups and asked to vote, they tend to do so at higher rates than those who are not contacted,” she said.

Only 18 percent of Democrats and 24 percent of Republicans voted in Cumberland County during May’s primary. While roughly 71 percent of voters went the polls during the 2012 presidential election, less than 33 percent of all registered voters cast a ballot a year later.

“We are so fortunate to have the right to elect our government on annual basis and people take that for granted. It’s unfortunate,” Kutulakis said. “If you would challenge everybody and say ‘Listen, if you only vote in one out of every four elections you’re going to lose your right to vote,’ they would be outraged. But, people don’t take the time to learn about all the information we are constantly bombarded with about candidates and then they don’t show up to vote.”

A repurposed Gingerbread man, brewery among possibilities for downtown Mechanicsburg

In January 2020, after a lengthy investigation by federal law enforcement, a grand jury returned an indictment of Collare detailing a string of allegedly corrupt schemes between 2011 and 2018.

South Middleton School Board Saturday posted a statement Saturday on the district website vowing that "appropriate action" will be taken towards Superintendent Matthew Strine plagiarizing a speech.

On July 14, Strine posted an apology on the district website stating that he was sorry for using words drawn from four paragraphs of a commencement speech actress Amy Poehler gave to 2011 graduates of Harvard University.

School buses should not be classified as public transportation under CDC mask guidelines, says a Carlisle Area School District administrator.

Tabitha Foultz, 21, waived charges of homicide by vehicle, aggravated assault by vehicle, recklessly endangering another person and driving under the influence, as well as related summary charges to the Court of Common Pleas.

Operation Veterans' Hope in Mount Holly Springs has launched a fundraising drive to purchase the building it occupies at 7 N. Baltimore Ave.

The Hampden Township Fire Department is one of Cumberland County’s polling places and was a site for voting in the special election Aug. 4, 2015.