Collins Aerospace in Charlotte, North Carolina is celebrating its 20th anniversary of supporting Introduce a Girl to Engineering day, hosting more than 55 events in 13 countries.

The $3.5 million one-story expansion will be added to the south end of the building close to the track and field at the former location of the school playground, Principal Antoinette Oliverio said. “It will have a middle school STEM room, an elementary STEM room, a flexible classroom, separate art and music rooms, offices, storage and restrooms.”

Saint Patrick Catholic Church is in the process of finalizing the architectural drawings to submit to the Diocese of Harrisburg by the end of December for an anticipated February approval, church pastor Rev. Don Bender said. “We’re hoping to start construction in mid-March.”

Meanwhile, the church is seeking land development plan approval through the township, Bender said. The goal is to obtain an occupancy permit to open the wing by January 2024, he said.

Having classroom space set aside for STEAM instruction has been part of the vision plan for Oliverio since she applied for the principal job. “We need to do more to get science, technology, engineering and math to all of our students,” she said. “That’s our future. That’s where we’re headed.”

Though currently part of the curriculum, STEAM instruction is limited by a lack of space and resources, Oliverio said. Another reason for the new wing is the need to stay competitive with public school programs even as Saint Patrick School has seen its enrollment increase from around 320 students pre-pandemic to almost 400 students in the current academic year, she said.

Middle school aged youths are the hardest group to sustain because many of those students have been with each other since age three when they were enrolled in the pre-kindergarten program, Oliverio said. “They want to do something different, but a lot of them have this fear of where they’re going for public school, so something like this will keep our students here and bring in more middle-schoolers.”

A goal is to hire a specialist on STEAM instruction who could help other teachers incorporate it into their curriculum and professional development.

“As we grow, we’re just finding all the nooks and crannies on where we can place our art and music programs,” Oliverio said. “Right now, they are outside in one of the portable classrooms. We got a new band teacher with an ensemble. I saw them walking around with chairs and their instruments trying to find a room. We have drums in the gym locker room because there’s no storage space for them.”

The new wing will offer space dedicated to the art and music programs with a separate entrance to accommodate after-school programs, Oliverio said.

As of mid-November, the church had about $2.5 million of the $3.5 million needed to construct and equip the STEAM wing, Bender said. “We have more than enough money to break ground.”

St. Patrick student will play a recital at Carnegie Hall in June

The project was made possible by an anonymous donor who had worked as a scientist. He contributed about $500,000 in seed money toward the project.

“That got the ball rolling and got us brainstorming,” Oliverio said. The donor was impressed by the hands-on lessons staff has been able to offer students especially in environmental science, she said.

Planning started about a year ago when the administration approached teachers in art, math, music and science for input. This resulted in an $11 million wish-list of ideas that had to be pared down to what was realistic. 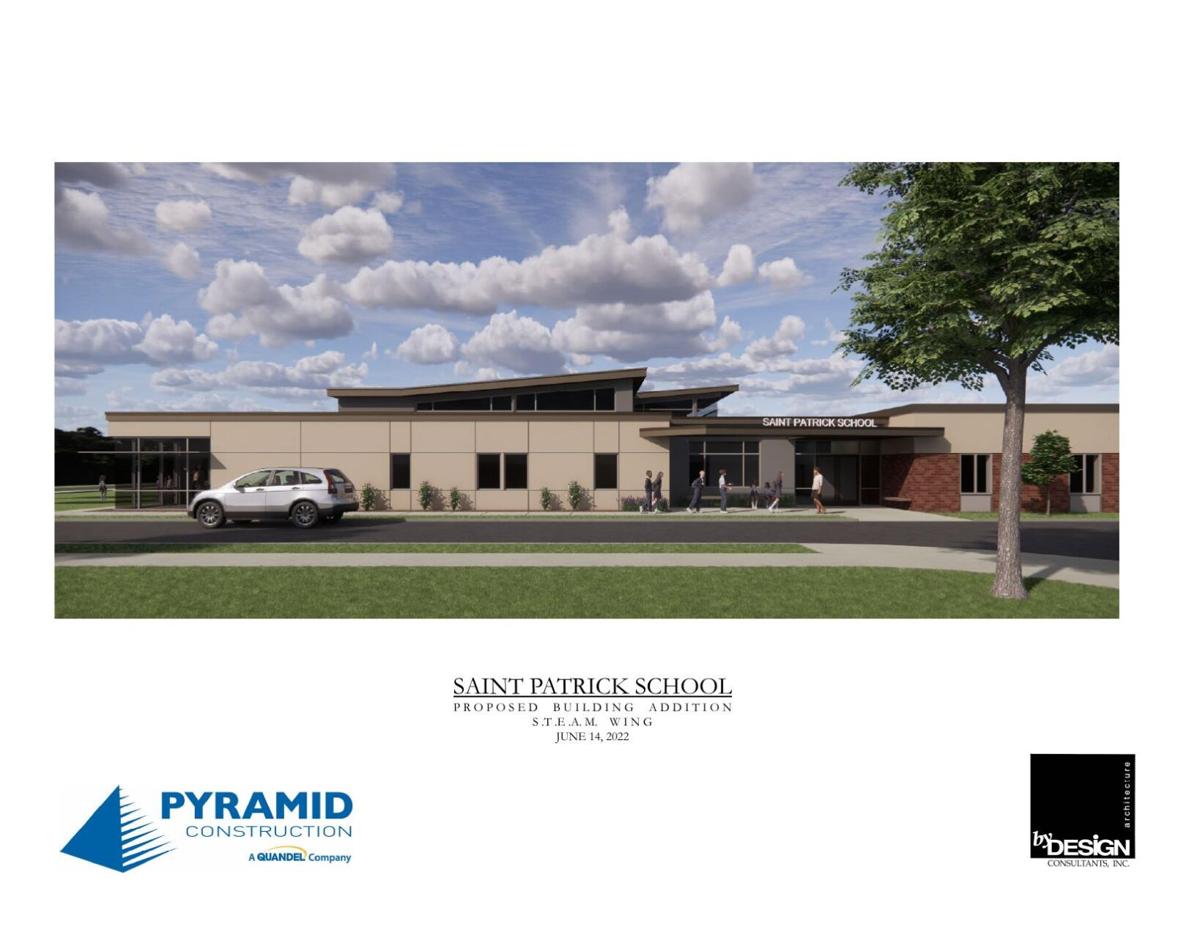 This background work also included input from church members along with student feedback from annual surveys.

A second anonymous donor pledged $2 million spread out over a two-year period, Bender said. So far, the school has received about $1.2 million of the pledge. Saint Patrick Catholic Church has pledged about $500,000 toward the project.

That leaves about $500,000 for the school to raise. To donate, visit the parish and school websites at www.saintpatrickchurch.org and www.spscarlisle.org.

“We are including it as part of the annual fund we do every year,” Oliverio said. “We have a gala planned for the spring. We’re reaching out to our parents and our general community to see who is interested in being possible donors. We’re also looking into grants.”

Photos: Saint Patrick School hosts "A Salute To Our Veterans"

Collins Aerospace in Charlotte, North Carolina is celebrating its 20th anniversary of supporting Introduce a Girl to Engineering day, hosting …

Saint Patrick School in South Middleton Township has provided in-person classroom instruction virtually every day this academic year. The only days online have been due to inclement winter weather.

"I think probably one of the biggest challenges for both students and for the schools is where is the time to address some of the concerns," said Mark Blanchard, Cumberland Valley School District's Assistant Superintendent of Secondary Education.

Western tanks to be a turning point in Ukraine war?

Why Trxie Mattel and George Santos Are Beefing On Twitter

Why Trxie Mattel and George Santos Are Beefing On Twitter

Russia says U.S. tanks in Ukraine will 'burn just like all the others'

Russia says U.S. tanks in Ukraine will 'burn just like all the others'