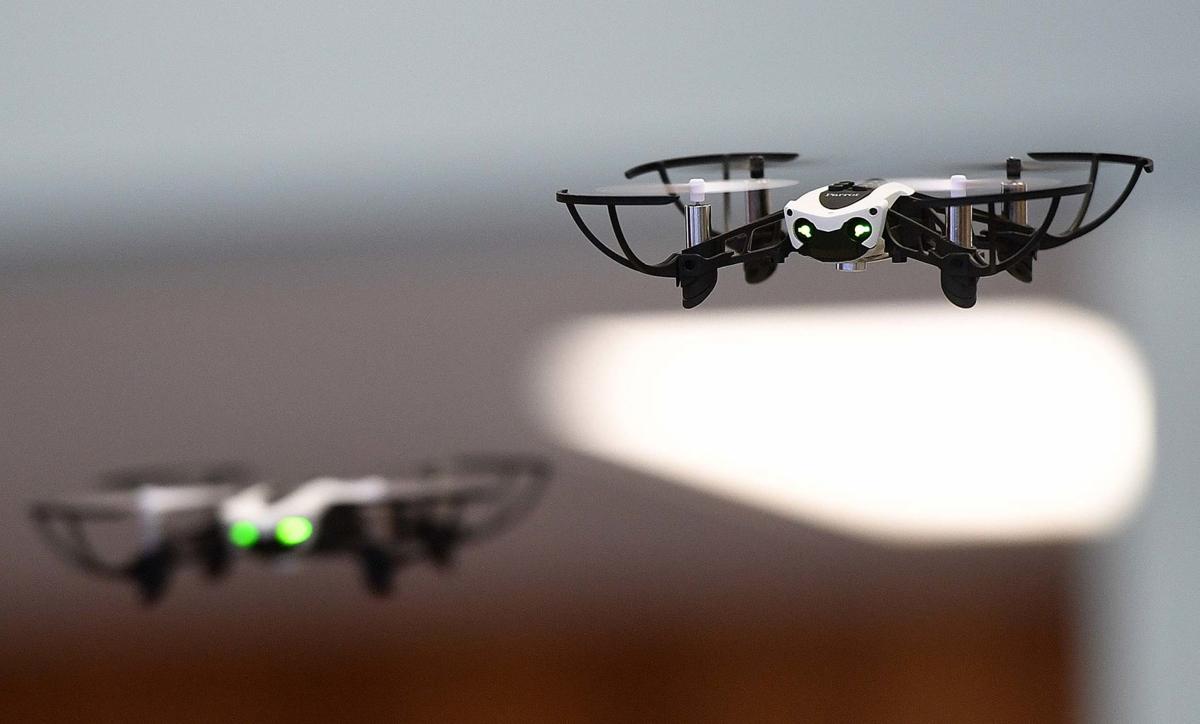 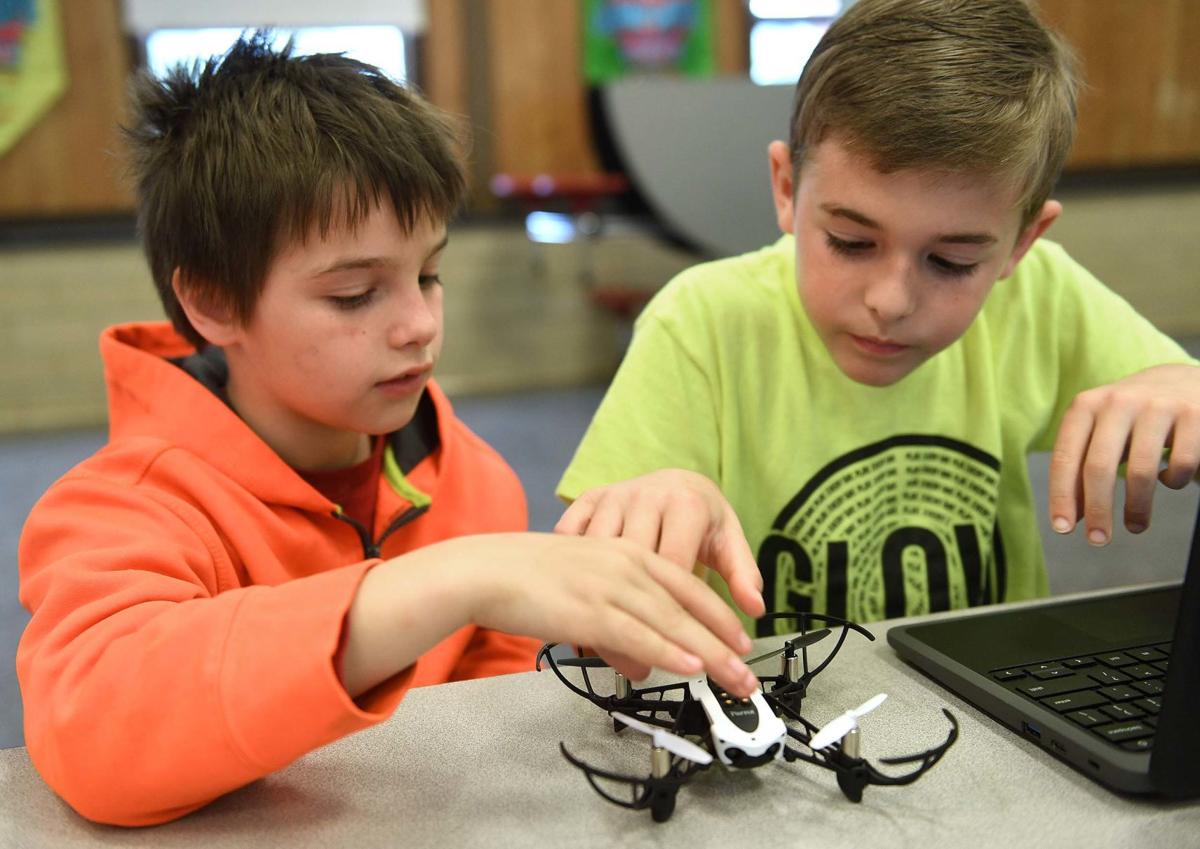 Carlisle Area School District is in a holding pattern over whether any further policy revisions will be made on the use of drones on district property.

“There is nothing on the radar to make any changes,” Superintendent Christina Spielbauer said recently. “We’re going to stick with what we have right now and see where that goes.”

School board members April 18 amended the policy on trespassing to prohibit drones on district property without prior approval of the superintendent or a designee.

Assistant Superintendent Colleen Friend called the board action a step in a process, adding that the West Shore School District has a much more detailed policy on drones.

Carlisle is further along in the flight path than the adjoining Big Spring and Cumberland Valley school districts, which do not have policies specific to drone use.

“It’s not something that has caused us any discomfort at this point,” Big Spring Superintendent Richard Fry said. “I’m not saying there may not come a time when we have to look at that.”

Cumberland Valley Superintendent Fred Withum III said there was a brief mention of drones at a policy committee meeting prior to late April. He plans to raise the issue at a future committee meeting.

“Safety foremost is the first thing from a couple different aspects,” Withum said. “We don’t want something falling from the sky or hitting somebody.”

System malfunctions are possible and can result in a loss of power and control. Withum said, in extreme cases, school officials have to wonder to what extent can drones be weaponized and used to attack students.

The West Shore School Board on Oct. 18, 2018, adopted a policy on the indoor and outdoor use of small unmanned aircraft systems or drones on district property. The policy defined them as weighing less than 55 pounds on takeoff.

Chris Champion, coordinator of instructional technology, helped the West Shore board formulate the policy in part to prepare the district for the use of drones in the curriculum. During a recent interview, he said unmanned aircraft can move at speeds approaching 30 to 40 miles-per-hour.

While the West Shore board recognized the use of drones as a benefit to learning, it also said the technology presented safety and liability issues.

Under its policy, any outdoor use of drones by district employees or students must conform to Federal Aviation Administration rules. Outdoor use also requires at least one FAA certified person be available to supervise the operation and, if necessary, take immediate control of the drone.

As for the use of drones by the public, West Shore policy requires that all applicable FAA regulations be followed. West Shore opted to defer much of its policy enforcement to the FAA because the rules governing the use of drones are changing constantly, Champion said.

He said West Shore also has to be mindful of the location of its school buildings to the Capital City Airport, the Naval Support Activity in Hampden Township and the State Correctional Institutional Camp Hill. The airport has flight restrictions while the prison and Navy depot are no-fly zones.

The policy notes that most district buildings are within five miles of the airport and that it is the responsibility of the drone operator to determine whether the air traffic control tower must be contacted.

Though indoor flight operations are not subject to FAA regulations, use of drones by the public must be approved and coordinated with the building administration in consultation with the superintendent or a designee.

The policy allows district employees and students to use drones indoors but only within areas established by safety protocols. No one is allowed in the flight operations area while the propellers of the drone are spinning. Also, the drone has to land immediately if it accidentally leaves the operations area and cannot return.

Aside from safety, there is the issue of privacy, especially when children are outdoors within a learning environment, Withum said. “We have created safe spaces around our schools — gated courtyards and playgrounds — that we don’t want people to be able to access visibly. Drones can be a lot more evasive.”

Two recent incidents prompted the Carlisle school board to revise its trespassing policy. On March 14, 2018, about 200 Carlisle High School students participated in a national student walkout to mourn for the victims of gun violence in Parkland, Florida, and to advocate for gun control. Photos of the Carlisle walkout were taken through the use of a drone controlled off-premises.

“We didn’t realize that until after the event,” Spielbauer said. “It was handled by the Carlisle Police Department at that moment in time. They found the individual and asked the person to stop.” It is her understanding the person complied with the request.

More recently Spielbauer learned that video footage from a drone overflight on the high school campus was posted on YouTube. It is believed the controller was standing in a grassy area near the entrance to the Swartz building across from the stadium.

“They were flying the drone up the water tower and doing loop-the-loops,” Spielbauer said. Big Spring and Cumberland Valley reported similar instances where drones were flown over district property.

“We had a family with a drone at an outside commencement three years ago,” Fry said. “We didn’t see it as an issue. They were taking pictures of the commencement. It didn’t deter from the educational process.”

“We had one drone operating over a football game a couple of years ago,” Withum said. “It caused a little bit of concern just from the spectators seeing this thing fly around. There was no ill intent. It was just distracting.”

Withum recalled that the controller may have been someone in the adjoining neighborhood. “When the Silver Spring Police Department went looking for the operator, it sent the message that we don’t want you to do this.

“If we had a drone sighting over one of our properties, it would prompt us to launch an investigation into what was the purpose and where it was coming from,” Withum said. He added if the district starts to see an increase in drone overflight activity it may have to step up the development of a district policy.

The West Shore policy is very specific in its language: “The launching, recovery and operation of [drones] by the public from district property may not be conducted during regular school hours/days, and during scheduled outdoor events, including athletic practice and games.”

This week The Sentinel takes a Closer Look at drones and area school districts:

Two seniors at Red Land High School work to perfect a drone that could help first-responders pinpoint the locations of disaster survivors.

Carlisle School Board may consider revising trespassing policy to include drones

Ground rules now exist should the South Middleton School District decide in the future to incorporate the use of drones into its curriculum.