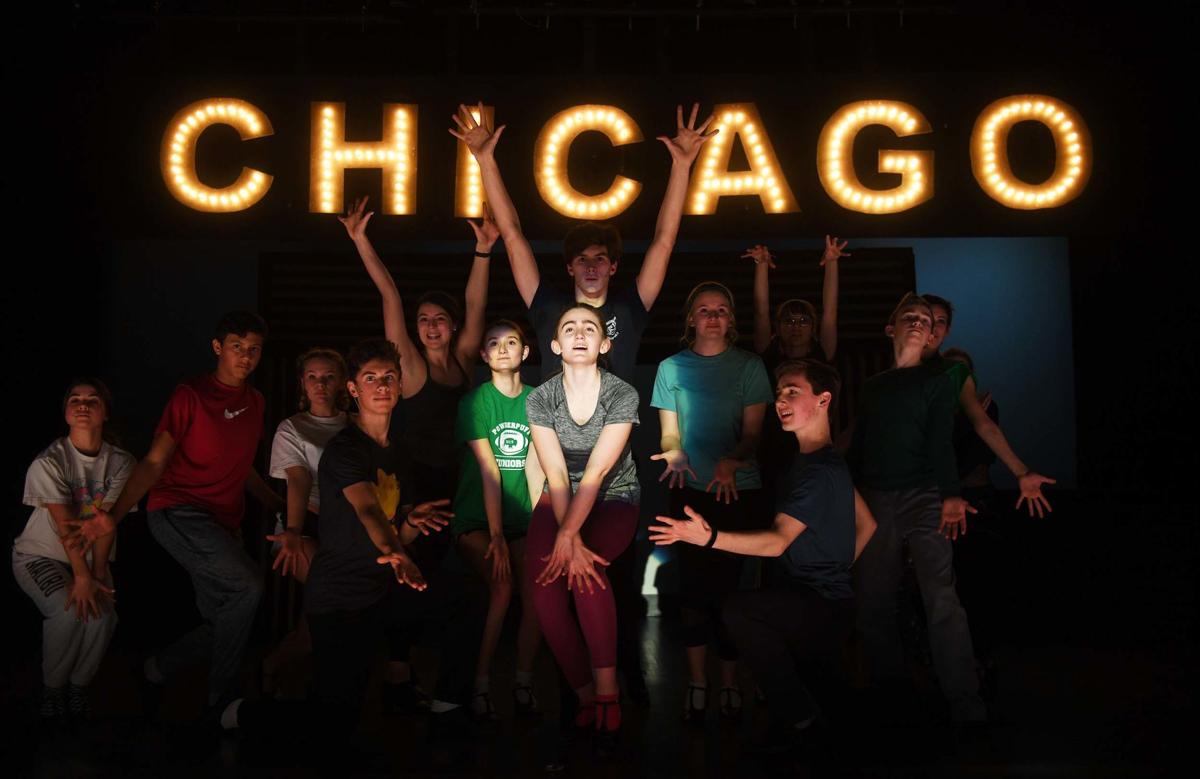 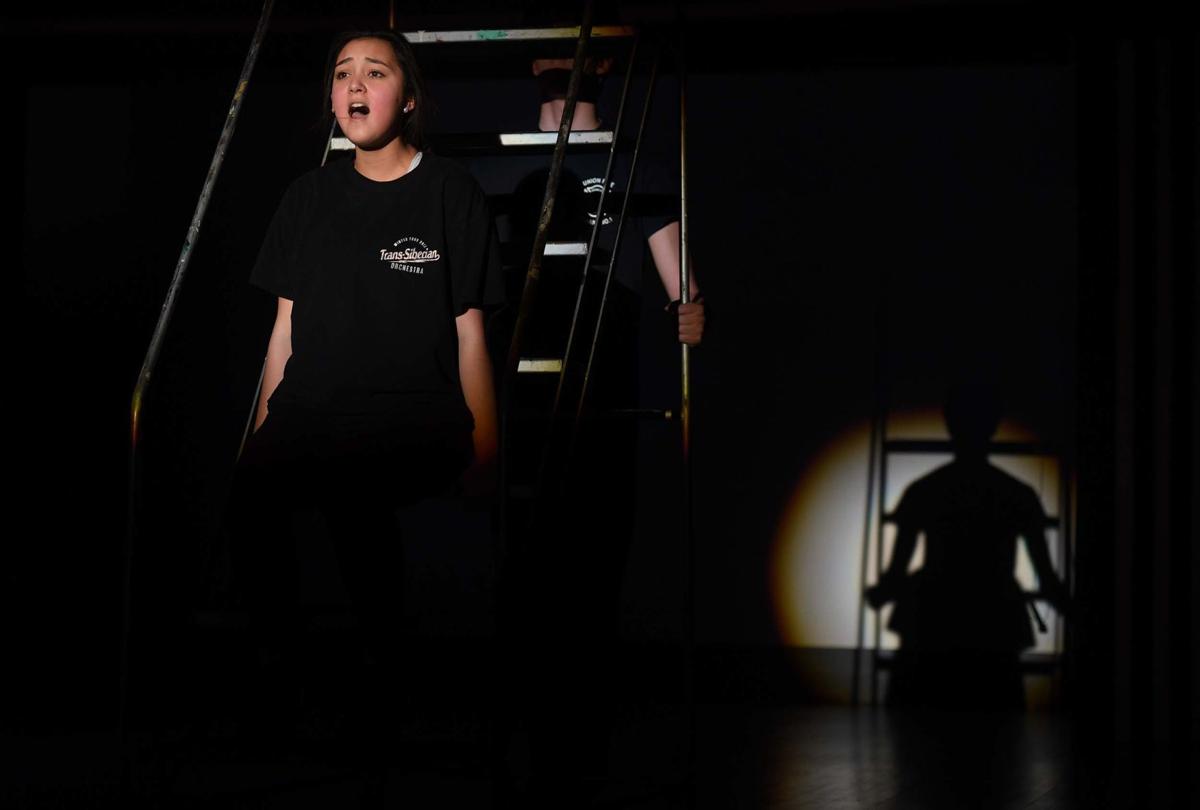 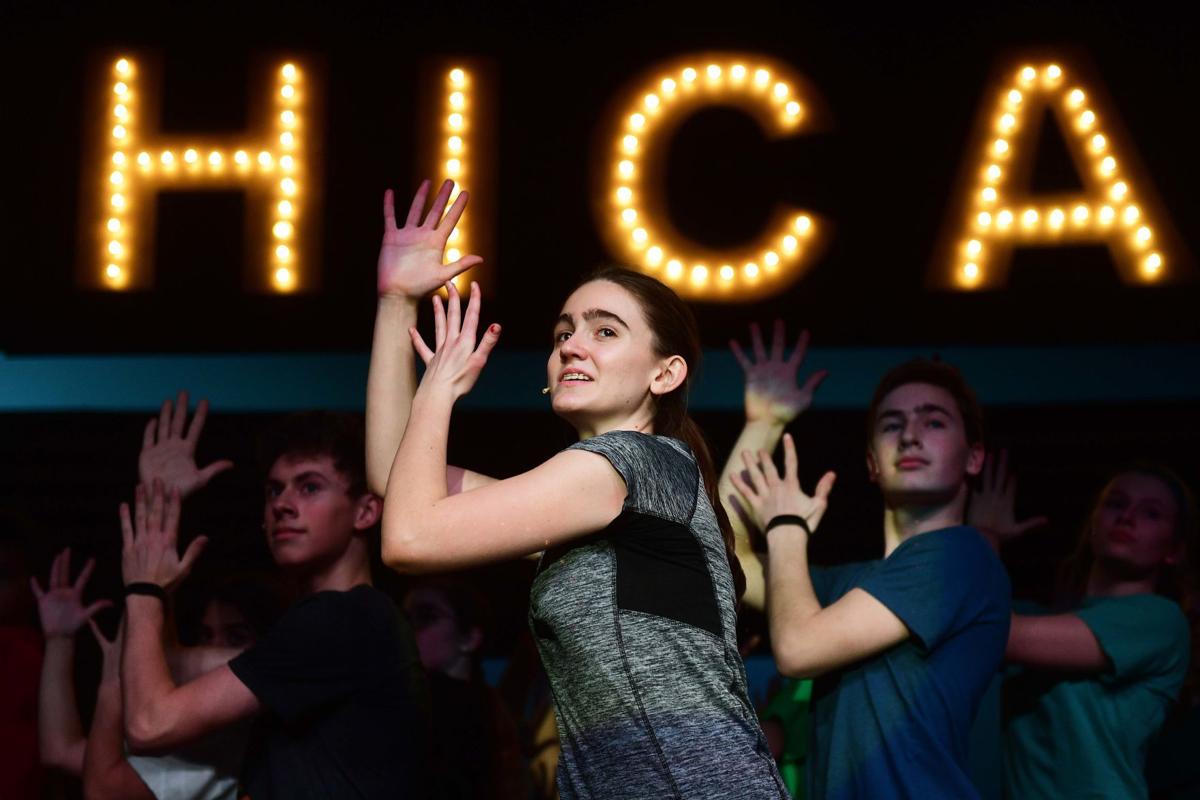 Carmen Hersey, front, and other members of the cast of "Chicago" rehearse. 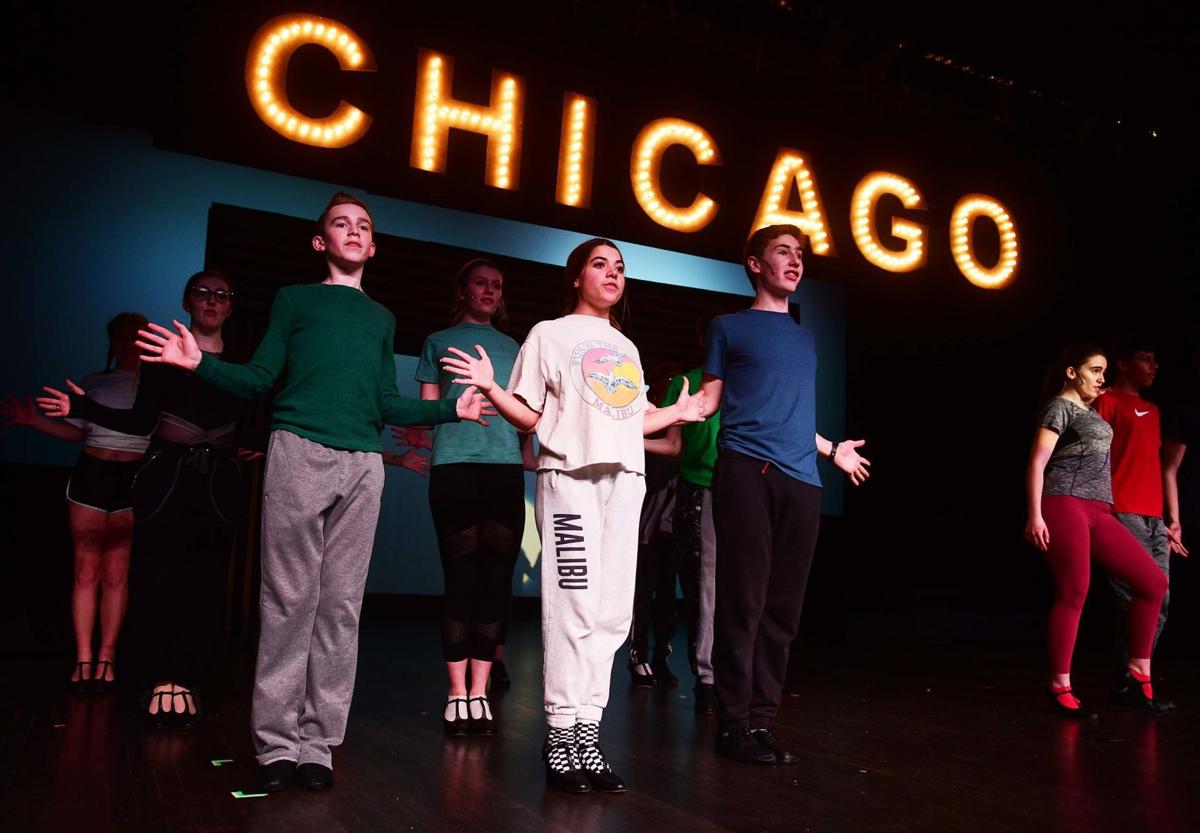 The Carlisle High School cast rehearses one of the song and dance numbers in "Chicago." 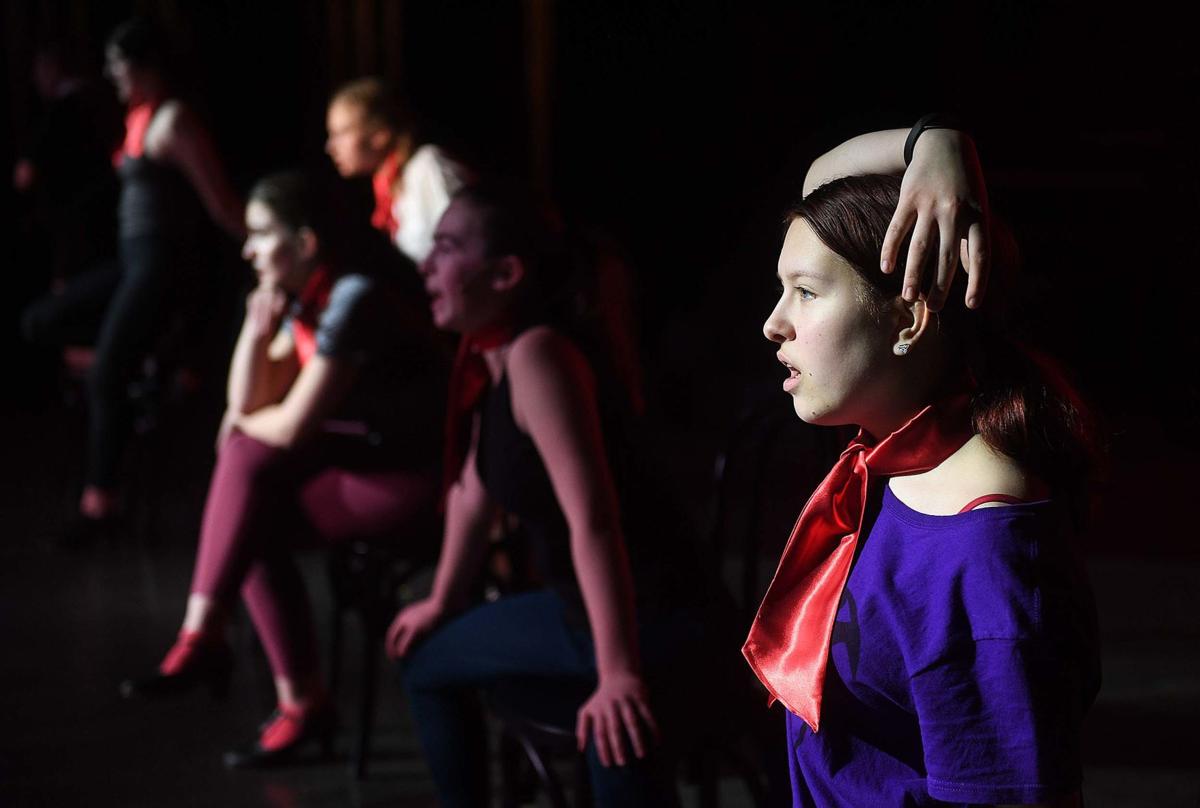 Kirsten Weirich, front, runs through one of the songs of "Chicago" during rehearsal at Carlisle High School. 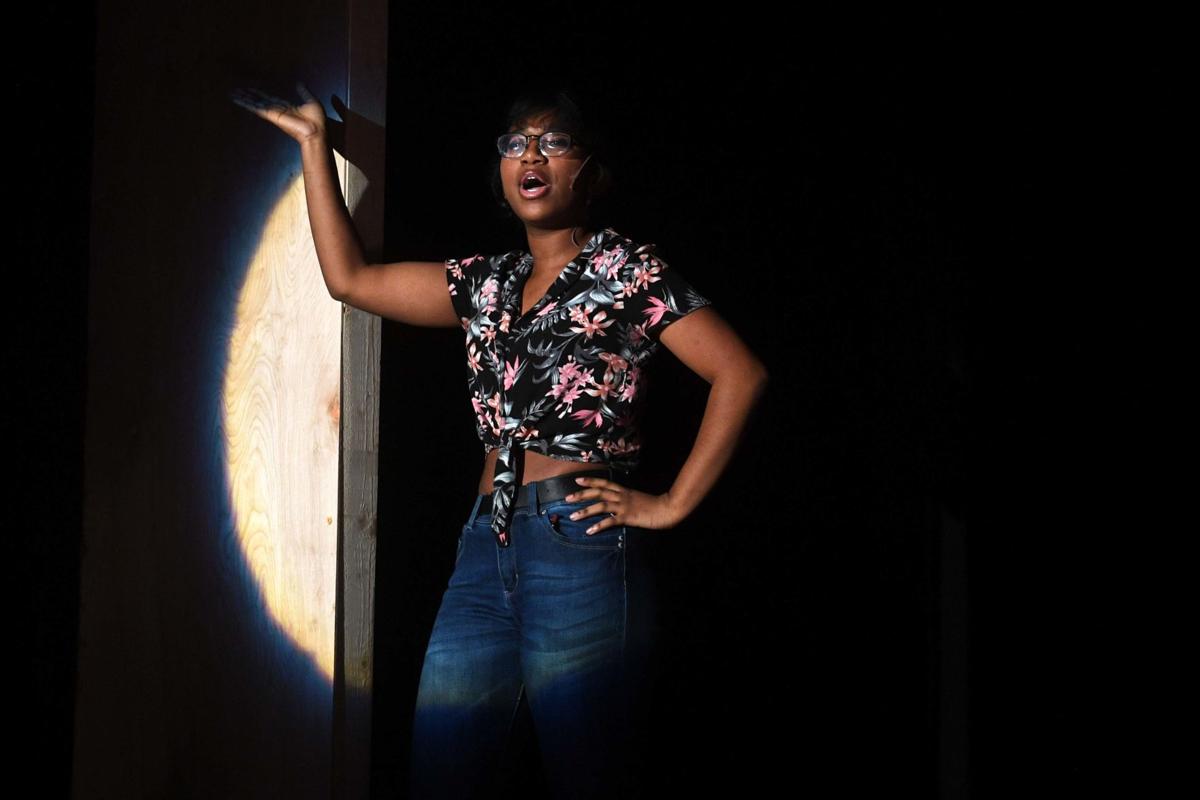 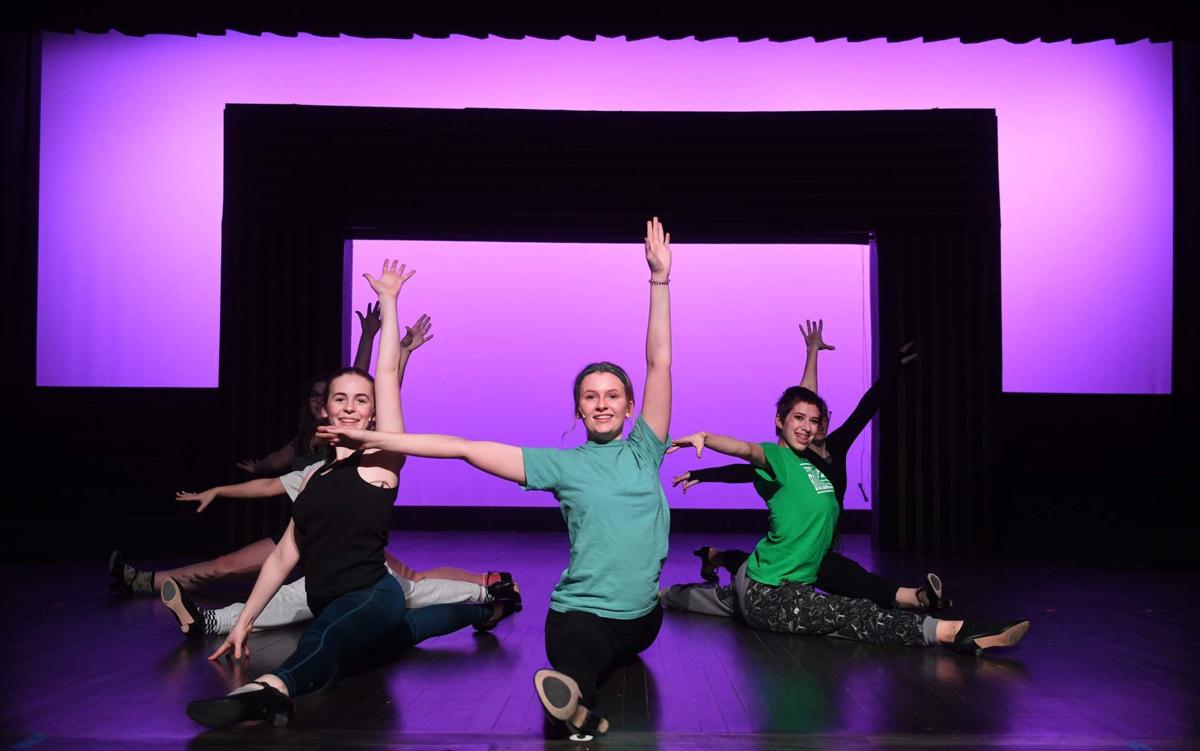 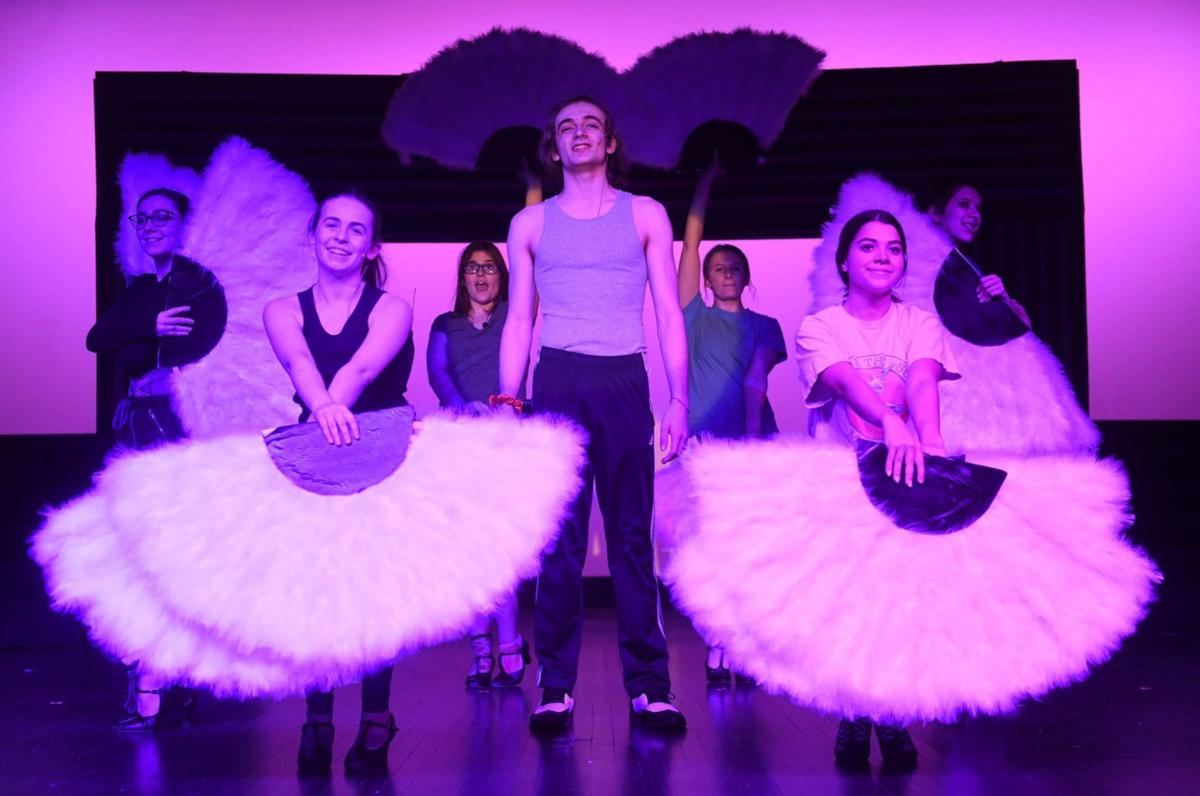 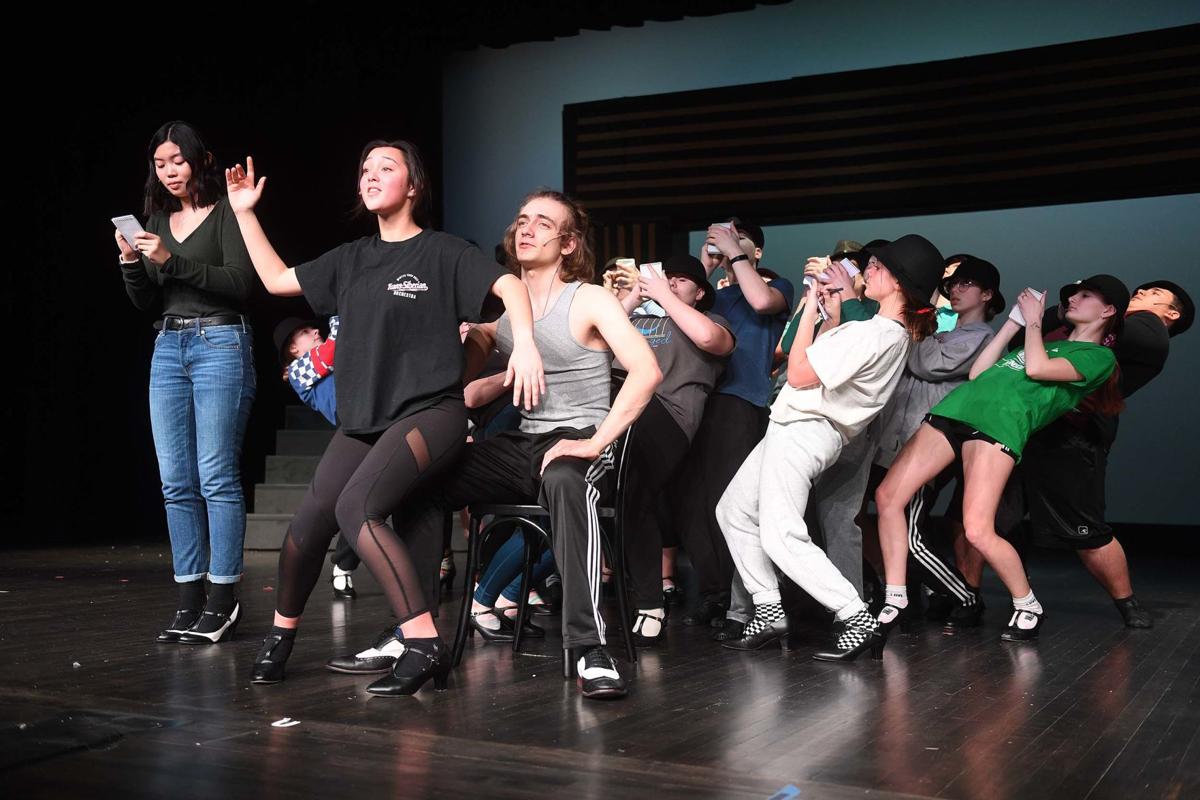 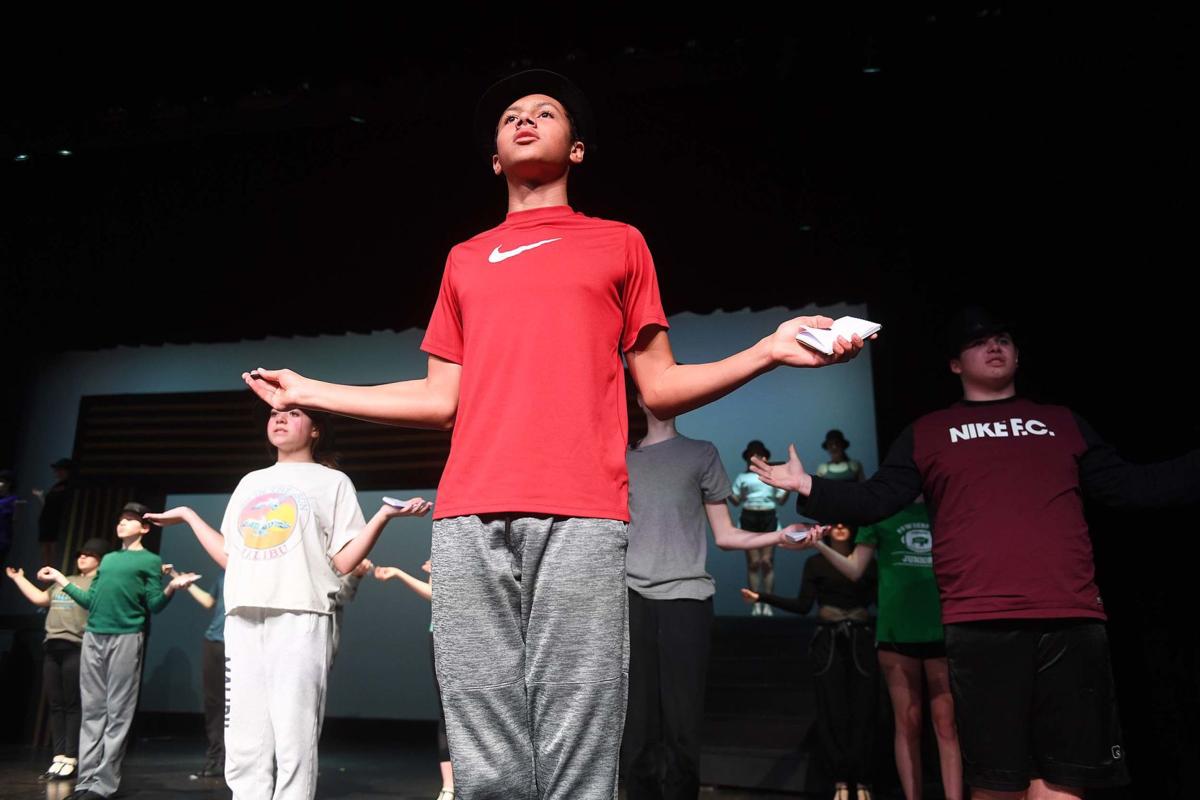 Playing a shyster lawyer requires a certain degree of disconnect.

“I don’t really lie to people,” said Tim Mattaboni, 18, of North Middleton Township. “You only have my word on that.”

The Carlisle High School senior has a few more days to master his version of Billy Flynn, the lead male role in the musical “Chicago.” It has been a real challenge for him.

“I’m trying to get the personality of the character,” Mattaboni said. “It’s so opposite of mine. Everything Billy does is putting on a show. He’s never true with anyone.”

Carlisle area students will present “Chicago: The High School Edition” at 7:30 p.m. Thursday, Friday and Saturday in the Barr Auditorium of the McGowan building.

Here is a list of the 2020 spring musicals at area high schools. All musicals take place at the school's auditorium unless otherwise noted.

A recently released shorter version of the Broadway show, the high school edition lacks the inappropriate language and sexual innuendo of the original musical, said Dan Schade, director of the local production. The licensing company that owns the rights developed this version so that the music could be sung by younger voices at a higher vocal range, he said.

“This is something a lot of choral directors wanted to do but couldn’t in its original form,” said Schade, adding that as the second longest running show on Broadway, “Chicago” has name recognition going for it.

Set in the Jazz Age, “Chicago” is a satire that makes fun of the corruption behind that city’s criminal justice system, Schade said. The plot examines the ability of the characters to profit off the system as they eventually clear their names.

One reason Schade pushed for “Chicago” was to fully utilize the expertise of a professional and knowledgeable choreographer to maximize the learning experience for the students. “Chicago” uses a different and extremely challenging style of dance than what cast members with prior show experience are used to, Schade said. “They are probably using muscles they are now aware they have.”

Like Mattaboni, senior Lauren Klepp, 18, of Carlisle is grappling with the best way to portray a convincing total opposite. She is nothing like her first lead role as Roxie Hart, a manipulator who cheats on her husband and then murders the man she committed adultery with. “Roxie’s trying to figure out ways to get out of jail,” Klepp said. “She uses her femininity to get people to like her and to do what she wants them to do.”

Much of the dancing featured in the Carlisle production is based on the style of Bob Fosse, the choreographer of the original Broadway production. Fosse died in 1987. While modern dance uses a sweeping range of movement to convey emotion, the Fosse style focuses on smaller, more tightly controlled movement, Klepp said. “It’s been hard but rewarding.”

A competitive dancer, she is used to such styles as tap, ballet and jazz. This new challenge has led to some hard rehearsals where Klepp almost convinced herself to quit the production. “I’m happy I stayed with it,” she said. “I’ve grown so much into it. I can see myself at the end looking back on everything that I was able to do.”

By comparison, the role of Billy Flynn is less about being physical and more about being a shrewd mastermind out to control everything and everyone, Mattaboni said. “He doesn’t have to do a lot of dancing. He gets other people to dance for him.”

Junior Emilie Beals, 16, of Carlisle, plays the role of Mona, one of the Merry Murderesses, jailhouse women facing homicide charges. “We perform the number ‘Cell Block Tango,’” said Beals who also had to master a singing monologue about why she murdered her husband.

“This show is such a joy to work on,” Beals said. “I’ve had an absolute blast. The dance numbers are nothing like I have done in my previous two productions. It has to be very sharp and precise. I have definitely grown a lot not as an actor and performer but as a vocalist as well.”

Last spring, choral director Dan Schade approached Chloe Kot with a request. He suggested that she become the student director for the 2020 musical. Now a senior, Kot was part of the ensemble cast her freshman and sophomore year and played the supporting role of Patricia “Patty” Simcox in the 2019 production of “Grease.”

“‘Chicago’ is the first musical where I am not performing,” Kot said. “I do miss performing on the stage, but I appreciate the new perspective. I will never take for granted the work that goes on behind the scenes. I have definitely gained a better respect for all the hard work that goes into theater both by the actors and the crew.”

In her leadership role, Kot is in charge of the backstage operation. An important part of the work is to make sure the rehearsals run smoothly. “I have been with the actors since the very beginning,” Kot said. “I enjoy being able to see them grow. I have seen them fall into their characters a lot better.”

Rehearsals for “Chicago” started in December and have taken place virtually every week day after school. Typically, the work intensifies in the three to four weeks prior to the scheduled performances. This year, Saturday, Feb. 15, was the most intense day for the cast and crew who went through the entire show multiple times to master the content.

Looking on, Schade had a lot to say about his students. “This has been one of the best casts. They went through a pretty rigorous audition process. They are doing remarkably well with the choreography.”

Schade compared “Chicago: The High School Edition” to an old style vaudeville show. There will not be a lot of scene changes. Instead, the audience can expect a seamless flow from one scene to the next.

The show runs about two hours with intermission.

Carlisle area students will present the musical "Chicago: The High School Edition" at 7:30 p.m. on Thursday, Friday and Saturday in the Barr auditorium of the McGowan building.

Carlisle school board could vote on marking period changes this Thursday

Letter: Take a trip to 'Chicago'

Carmen Hersey, front, and other members of the cast of "Chicago" rehearse.

The Carlisle High School cast rehearses one of the song and dance numbers in "Chicago."

Kirsten Weirich, front, runs through one of the songs of "Chicago" during rehearsal at Carlisle High School.