Construction crews work in June 2018 at the former IAC/Masland site in Carlisle. 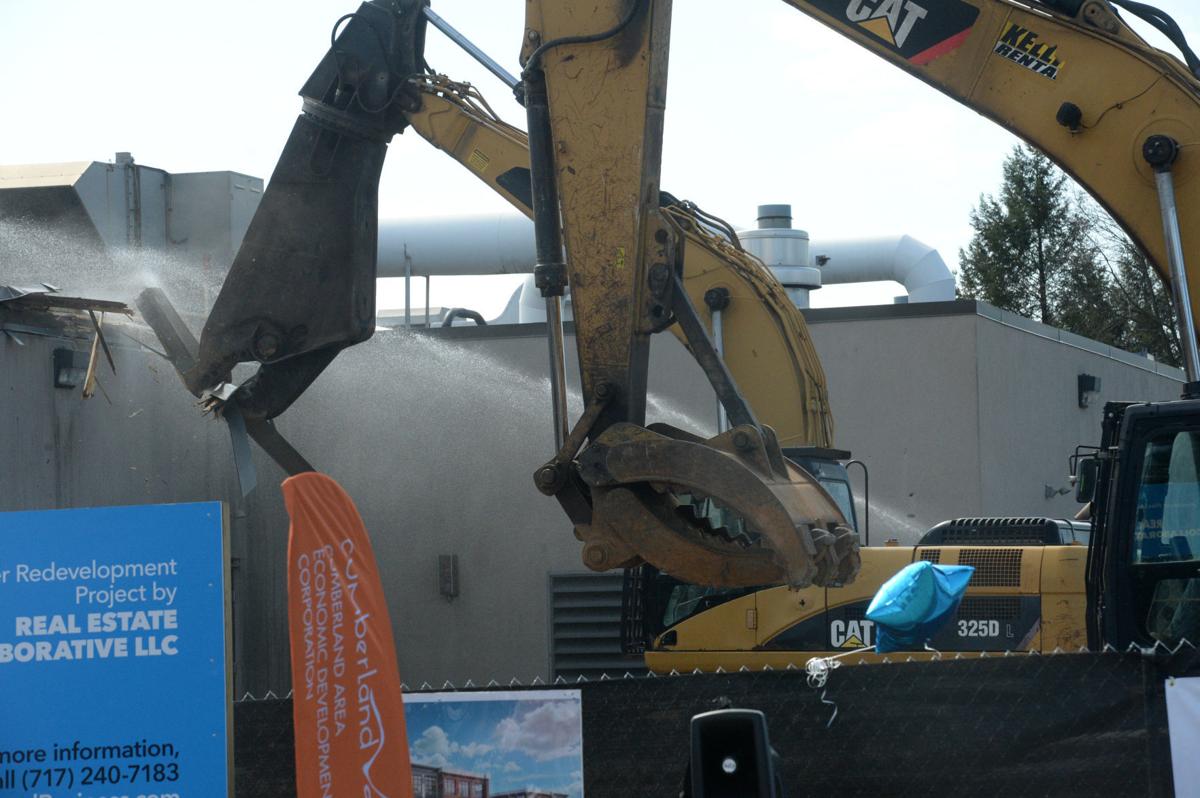 Demolition begins at the former Tyco Electronics site on Hamilton Street in Carlisle. 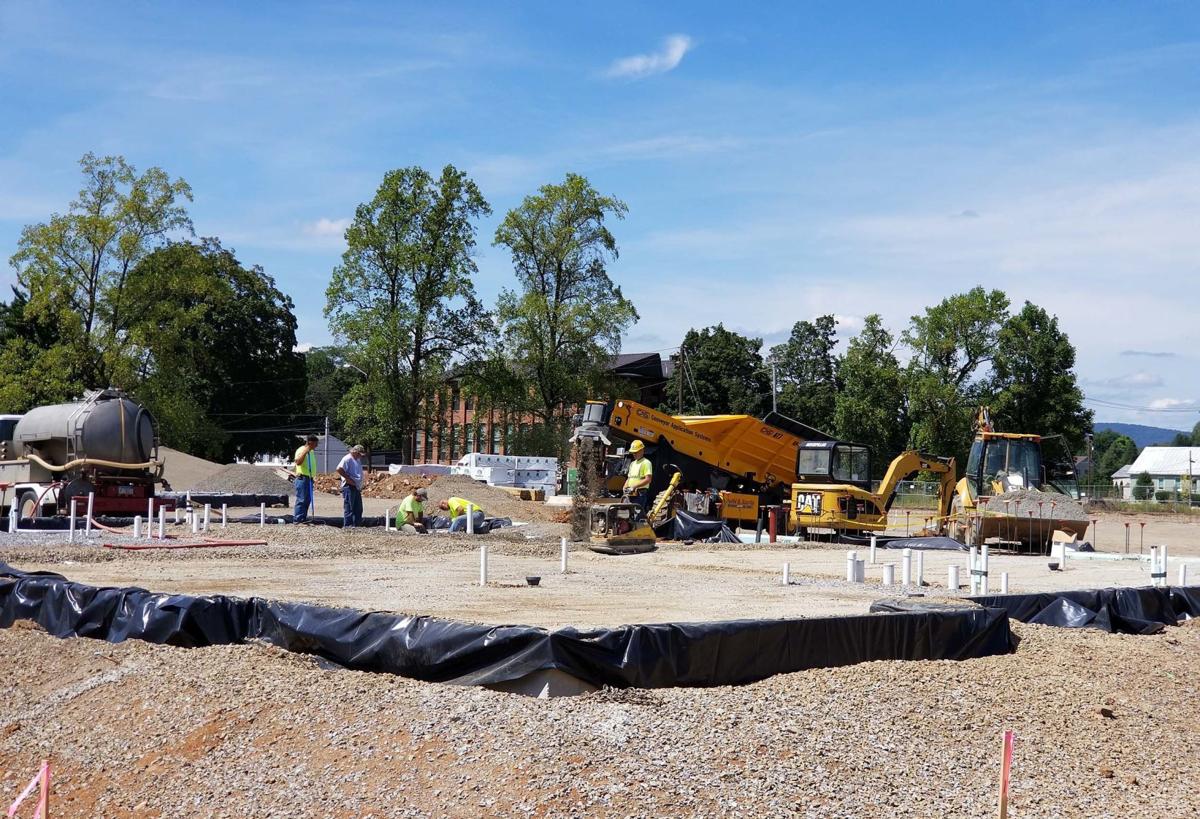 Work began in August on the construction of an apartment building at the former Carlisle Tire & Wheel lot at the corner of A Street and North College Street in Carlisle. 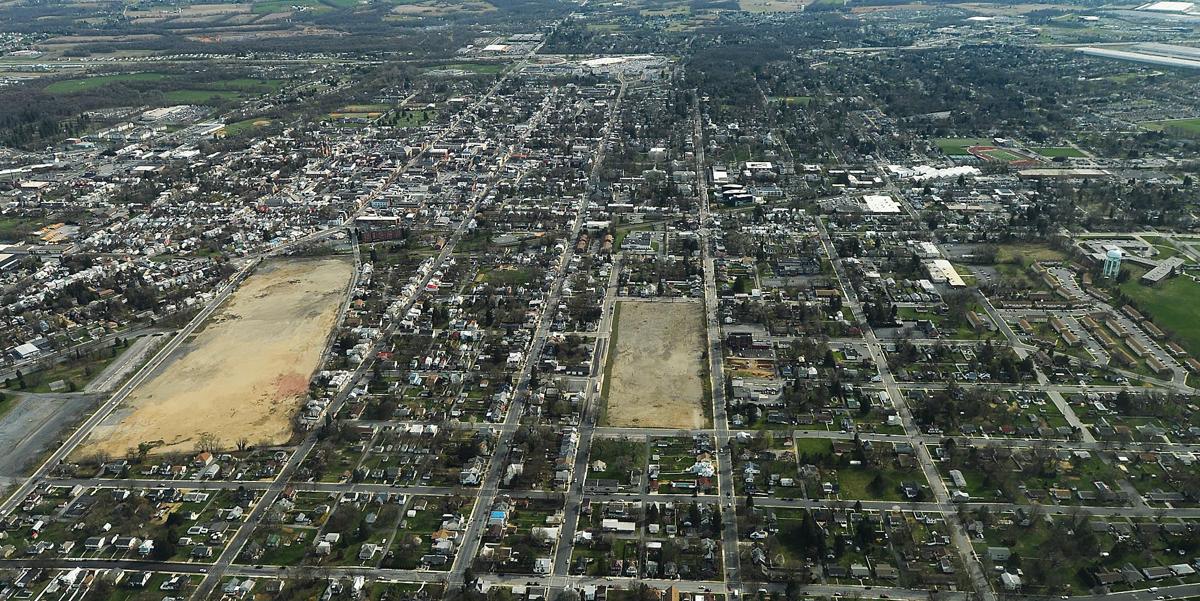 In an aerial image, the former IAC property, left, and Carlisle Tire & Wheel, right, are shown as brownfield areas in Carlisle.

As the calendar turned to 2010, Carlisle’s industrial sector was becoming a symbol of the nation’s economic decline.

First, International Automotive Components announced in October 2008 it was going to close its plant on Carlisle Springs Road, nearly 90 years after it opened as the C.H. Masland & Sons carpet factory. Then, in January 2009, Tyco Electronics said it would close its Hamilton Street plant by March. Finally, in July 2009, Carlisle Tire & Wheel declared the pending closure of its facility on North College Street.

“There was a tremendous amount of concern, first of all for the employees that were losing their jobs and secondly for the loss of the tax base,” former borough council president Perry Heath said.

Over the next few years, a casual observer might have seen Carlisle’s abandoned industrial sites as evidence of a town in decline. Beneath the surface, however, people were working hard to ensure those once-proud properties would rise again.

One of the first ideas was to turn the approximately 1 million square feet of buildings at the Masland site into a large expo center that could rival the Farm Show building in Harrisburg, he said. That proved economically unfeasible.

In the years that followed, the buildings underwent hazardous mitigation plans, environmental remediation and planning to alleviate traffic concerns. Borough officials obtained grants to improve the properties and worked to sell them to developers.

The road to improvement wasn’t always smooth. Carlisle Auto Industries, a sister company of Carlisle Events, purchased and began remediating the Masland/IAC property, but in 2012, a four-alarm fire destroyed former factory buildings on the property.

By 2019, however, all three properties were well on their way to hosting retail stores and residences.

“I continue to be amazed and appreciative of all the players that came to the table and took the risk to move some of these plans forward,” Heath said.

Meanwhile, Carlisle didn’t experience the same degree of economic depression many towns face when they lose major employers, he said, thanks to Cumberland County’s fast growth and increasing job opportunities.

The IAC/Masland site is tapped for several businesses and housing complexes. The first building to begin construction was a planned Homewood Suites by Hilton hotel, which broke ground in June and remains under construction. Marcello’s Ristorante is also expected to open a restaurant there.

Other planned projects at the site include retail and office properties and a condo community for car enthusiasts called Concours at Carlisle.

In 2020, there is expected to be construction near the site to enhance the roads in the area, including roundabouts at the North Hanover, East and West Penn streets and Fairground Avenue intersection and the B Street and College Street intersection.

At the nearby Carlisle Tire & Wheel property, Cleveland-based developer PIRHL began construction this summer on a 42-unit affordable housing apartment building called the Flats at Factory Square. Construction is slated for completion by summer 2020.

A PIRHL representative said this summer that it also plans to bring a grocery store to the property.

The Tyco Electronics site was the last of the three to be torn down, with demolition work beginning in March 2019.

The collaborative anticipates construction will begin “within a few months” with a user in place, Keener said.

The Sentinel's Decade of Change series looks at how Cumberland County has changed in the last 10 years, from industry to education.

Decade of Change: Key changes of the past 10 years in Cumberland County

Car condos are out at former Masland/IAC development in Carlisle

Tom Richey, speaking for Carlisle Auto Industries, said the developer of the proposed car condos decided not to move ahead with the project.

A portion of B Street in Carlisle will be closed this week as crews prepare for a $6 million road improvement project around redevelopment sites in the borough's north end that were delayed due to COVID-19.

Construction crews work in June 2018 at the former IAC/Masland site in Carlisle.

Demolition begins at the former Tyco Electronics site on Hamilton Street in Carlisle.

Work began in August on the construction of an apartment building at the former Carlisle Tire & Wheel lot at the corner of A Street and North College Street in Carlisle.

In an aerial image, the former IAC property, left, and Carlisle Tire & Wheel, right, are shown as brownfield areas in Carlisle.