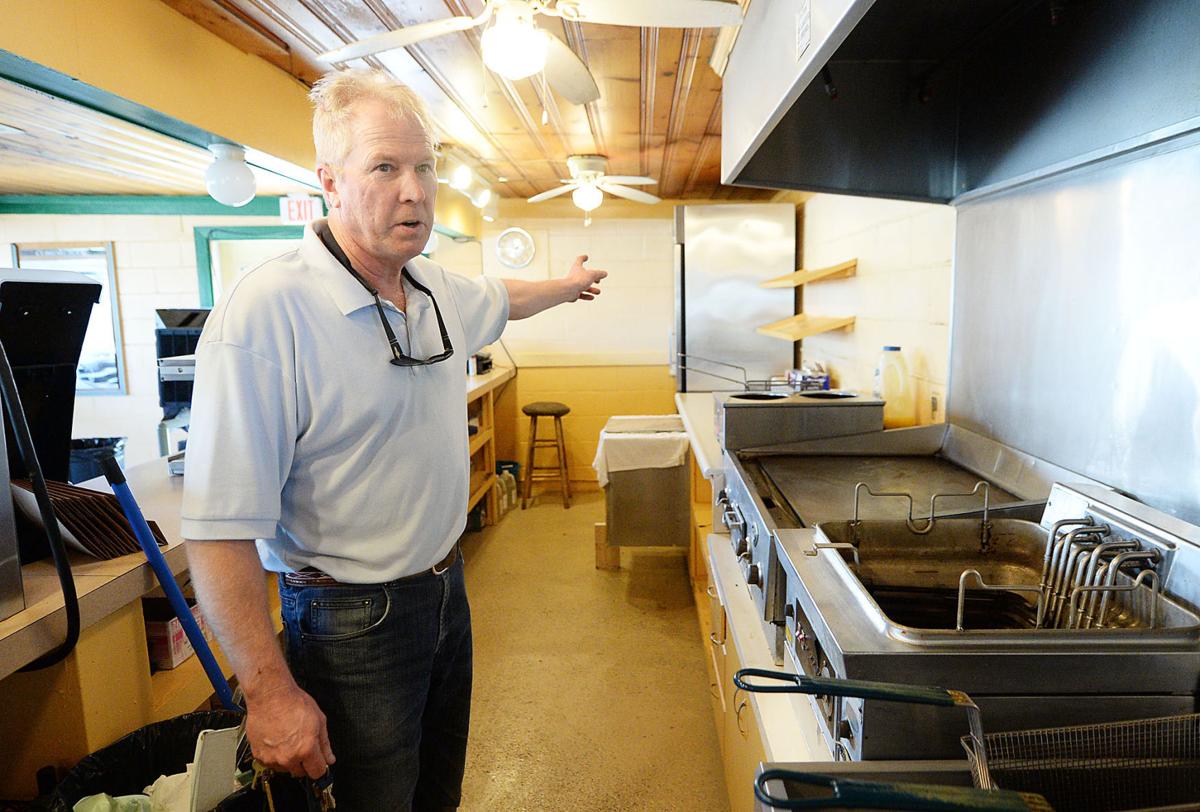 Jay Mowery discusses what is available to eat at Cumberland Drive-In. 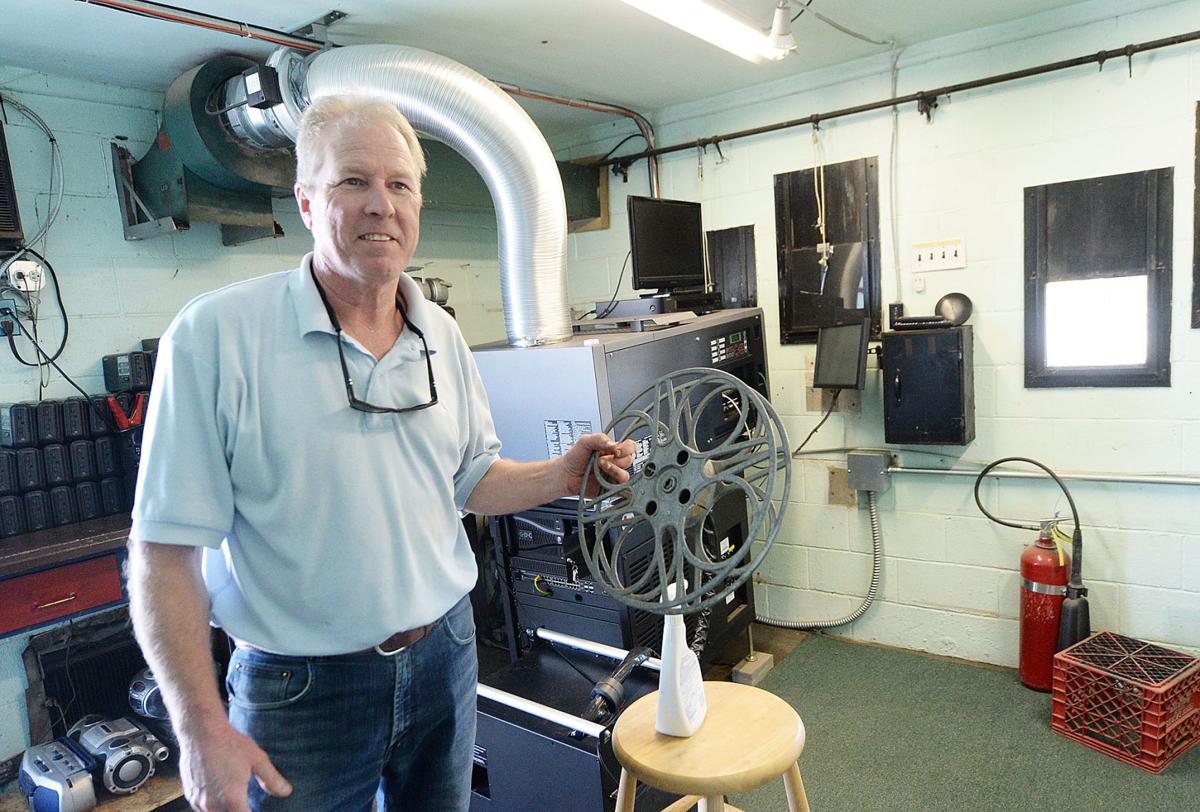 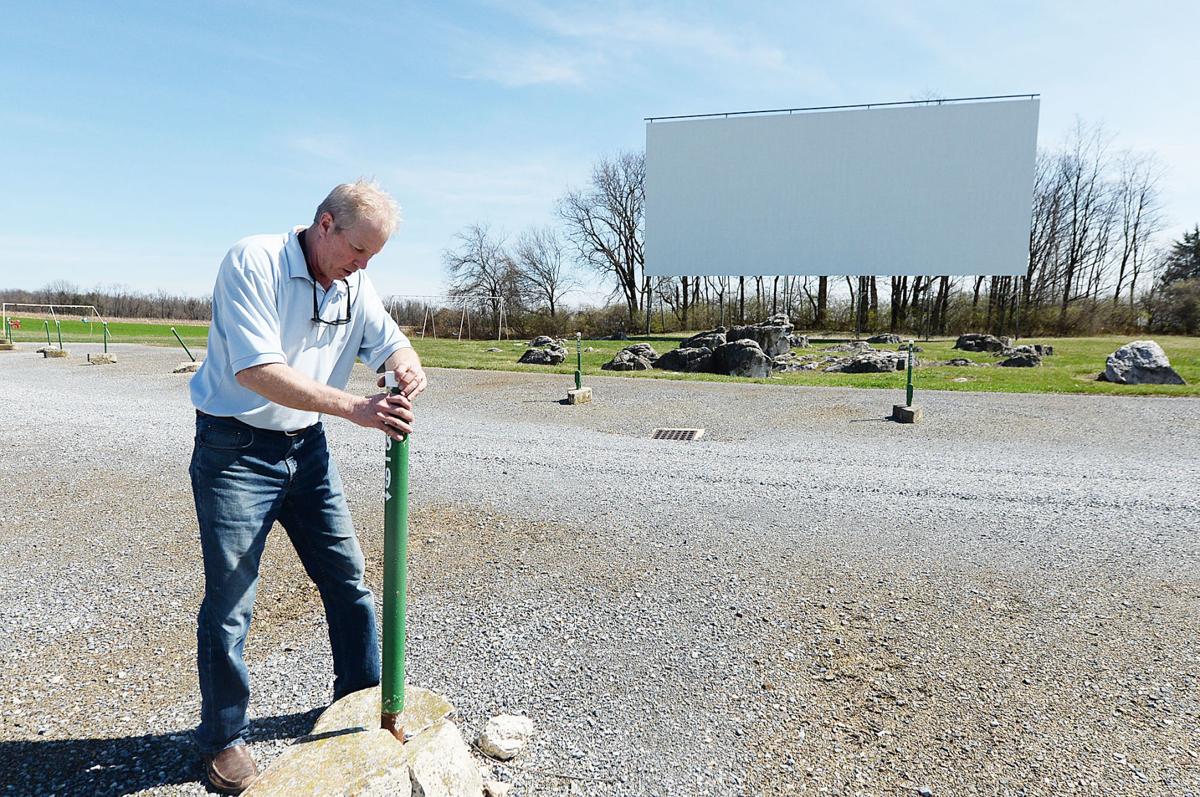 Jay Mowery's family has owned and operated Cumberland Drive-In since 1952. 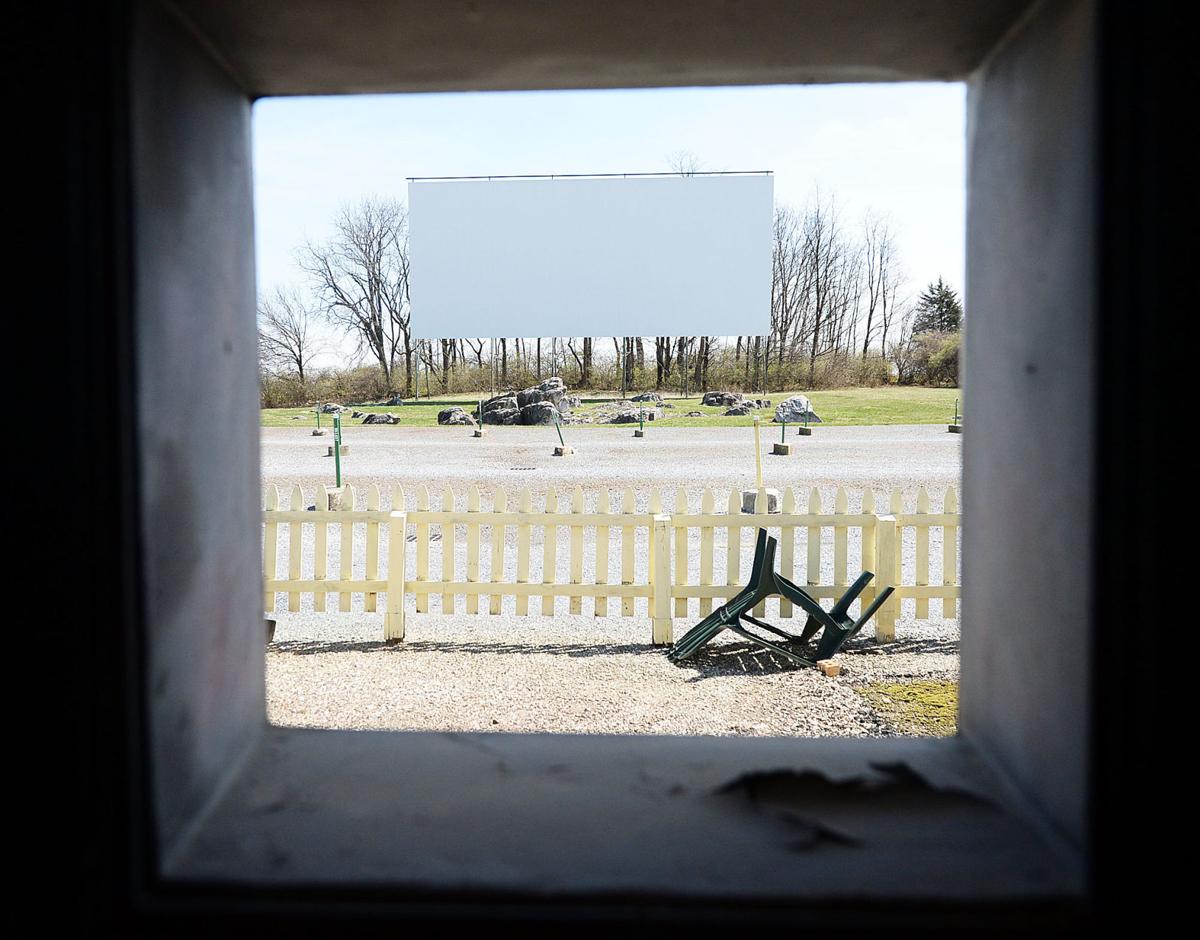 Cumberland Drive-In opened this weekend for the 2020 season.

In an era in which drive-in theaters face increasing threats to their survival, Newville’s Cumberland Drive-In opened for its 65th season this weekend with showings of “Kong: Skull Island” and “Split.”

“It’s a tough business to maintain and operate for 75 nights a year,” co-owner Jay Mowery said.

Though the drive-in has the capacity to park 400 cars and “fills up decently”, Mowery said the economics of running the theater “aren’t great.” There are limited opportunities for showing, and the film companies take 60 percent of the income off the top for royalties. Good weather is also essential to making the whole enterprise work — unless you want to watch the movie through the swish of the windshield wipers.

“Every once in awhile the stars align just right and we get a big crowd,” Mowery said.

The biggest crowds always come with the family friendly films, Mowery said. It’s an easy, inexpensive way to have a night out and not “have it cost an arm and a leg,” he said, adding that the typical family of four can have a night out for $30-$35.

The drive-in’s successful run rises out of the devastation of the Mowery family’s first movie business.

Mowery’s father, Donn, owned an indoor movie theater on High Street in Newville in the early 1950s. He was in Philadelphia on business when he found out the theater was on fire. After talking to people in the industry, Donn Mowery decided to jump on a new trend and build a drive-in theater outside of town along a busy highway.

“These drive-ins were just coming in, and 81 wasn’t in yet so Route 11 saw a lot of traffic,” Mowery said.

The new drive-in theater opened on July 3, 1952. Mowery said the theater’s owners are considering a commemorative shirt to celebrate the 65th anniversary, and will try to do some promotions around it.

The original building housing the snack bar, restrooms and projection booth still stands, but the poles that mark the parking spaces no longer hold the speakers that hooked over the car window. Mowery said the theater switched to transmitting the sound over a radio frequency in the mid-1970s.

“What that brought about was people sitting outside on nice evenings,” Mowery said. “On a nice night, it’s a great experience.”

It’s an experience for which people from as far away as Washington, D.C., and Maryland are willing to travel up to 90 minutes. In response, the drive-in added a reservation system a few years ago so that people willing to make that commitment would not be turned away at the gate. Now, a front row space can be reserved for $10, and any of the other spaces may be reserved for $6.

Another major shift to the business came three years ago with the transition to a digital projector that also changed the way the films are received at the drive-in. Movies that were once shipped to the theater in cases containing 10 reels are now shipped in a single hard drive. Later in the week, the owner receives a code to activate the hard drive. That code works only with that theater’s projector, making it impossible for theaters to share films.

This year, the “Fate of the Furious,” opening Thursday in theaters including the Cumberland Drive-In, is an early season major release that couldn’t be missed.

The theater opened a week earlier to give its mostly high school-age staff one weekend of operation under its belt before dealing with the crowds that come along with highly anticipated releases.

“We set our opening date based on this film back around the first of the year,” Mowery said.

Through the season, show dates are determined to some extent by movie distributors. Mowery said sometimes a movie can only be shown on the condition that it run two consecutive weekends. Other times, a studio may offer a discount for one specific movie if it is shown with another.

State of the industry

According to the United Drive-In Theatre Owners Association, there were 324 drive-in locations in the United States. Drive-ins reached the high point of their popularity in 1958 when there were 4,063. Between 1978 and 1988, however, more than 1,000 drive-ins closed.

The area’s only other drive-in, Haar’s Drive-In along Route 15 in Dillsburg, plans to open on May 5, but owner Vickie Hardy said that the movies for opening weekend have yet to be finalized. The drive-in is usually open Friday through Sunday from Memorial Day through Labor Day.

Hardy said the drive-in is planning three “retro nights” that will be held on specified Thursday nights in June, July and August. The dates have yet to be determined. One of the retro nights will likely feature the 1978 musical “Grease,” and Hardy said they’ve been talking about showing “Top Gun” for another.

“We do try to have a theme to go along with it to be fun and interactive,” she said.

Many drive-ins closed when the value of the surrounding real estate made it profitable to sell rather than face the squeeze of encroaching development. The old Silver Spring Drive-In is a great example of that, Mowery said.

Richard and Helen Jones started construction on the Silver Spring Drive-In in 1948. The drive-in closed in 1998, and was subsequently torn down. A Kohl’s department store now stands where the drive-in was located.

Light pollution also threatens the nation’s dwindling number of drive-ins as the ambient light from nearby development washes out the image on the screen. The Cumberland Drive-In is somewhat protected from that danger as the farms that surround it have been preserved and can’t be developed.

But, even as Mowery talked about light pollution and how it affects movie projection, the rumble of a truck’s brakes as it approached the traffic light at the intersection of routes 11 and 233 offered an audible example of another threat the theater faces.

“I’m afraid ours [our downfall] is going to be the warehouses,” Mowery said, quickly adding that there are no plans to close or to sell the drive-in.

The drive-in is open Friday and Saturday in the spring and fall, and expands its showings to include Sunday through the main part of the season, which is late May through Labor Day. Movies for each week are listed on the theater’s website (81fun.com), Facebook page and on its answering machine.

Chances are the demolition project will impact the movement of traffic on Forge Road. Both the sewer and water mains have to be capped 10 feet underground.

The NWS forecast now calls for 3-5 inches of snow Sunday with rain and freezing rain later in the evening.

Pennsylvania Gaming Control Board awards license for casino in Shippensburg

Parx Casino in Shippensburg will offer 500 slot machines, electronic table games and a restaurant and sports bar when it opens its 73,000-square-foot facility in late 2022.

Here are the school closings and delays for Tuesday, Jan. 18.

Moving the photo collection from the Bradley home to North Pitt Street required the society to convert a section of its basement into a room to house drawers of negatives and boxes of slides and print images.

DOH: About 600 new COVID-19 cases reported each day over weekend in Cumberland County

The department said Cumberland County had 1,206 new COVID-19 cases since Friday, and 987 of those were confirmed cases.

Vendors in the Food Court sold everything from apple dumplings to fried zucchini. The majority reported their business down by 50 percent.

Enthusiasts show off skills with tractor restoration at Farm Show

HARRISBURG – You never know what you’ll see when you walk through a junkyard.

Here are the school closings and delays for Thursday, Jan. 20.

Jay Mowery discusses what is available to eat at Cumberland Drive-In.

Jay Mowery's family has owned and operated Cumberland Drive-In since 1952.

Cumberland Drive-In opened this weekend for the 2020 season.