Read through the obituaries published in The Sentinel 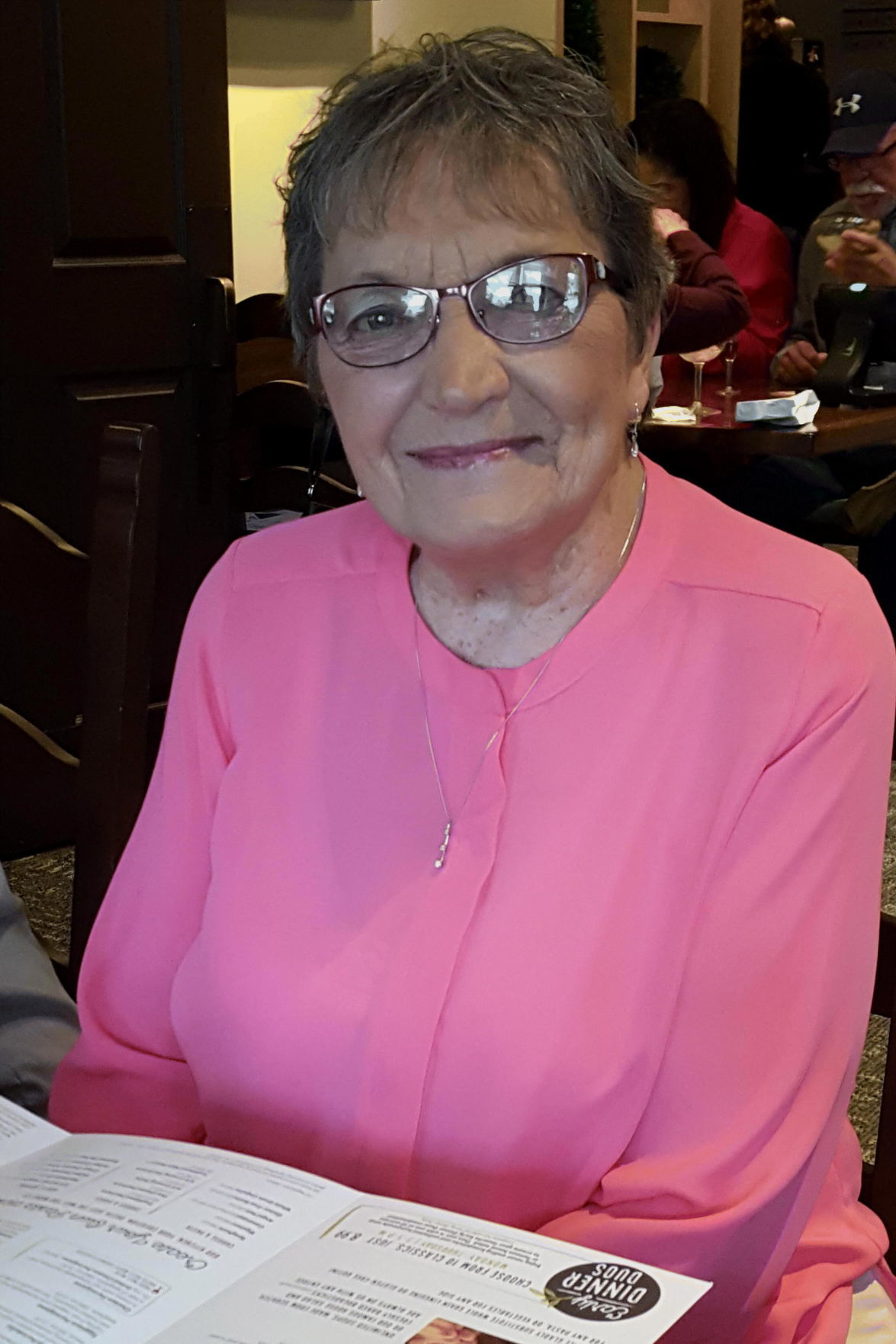 Frances A. Rasmussen, 79, of Carlisle, PA died on Wednesday, August 21, 2019 at the UPMC Carlisle Hospital with her loving family by her side.

She retired as an executive secretary assistant at the former C.T.S. Reeves Hoffman Manufacturing.

She is survived by her four daughters, Donna, Diane, Laura and Lisa.

There will be a Celebration of Life Service on Saturday, September 7, 2019 at 11:00 AM in the Hoffman Funeral Home and Crematory 2020 West Trindle Road Carlisle with Rev. Kenneth O. Hoke officiating. There will be a visitation at the funeral home on Saturday from 10:00 AM until time of services. Interment will be in the Ashland Cemetery. In lieu of flower the family requests gifts in Frances’s name be made to Cancer Care Pinnacle Health Foundation P.O. Box 8700 Harrisburg, PA 17101

To sign the guest book and read the full obit please visit www.HoffmanFH.com. 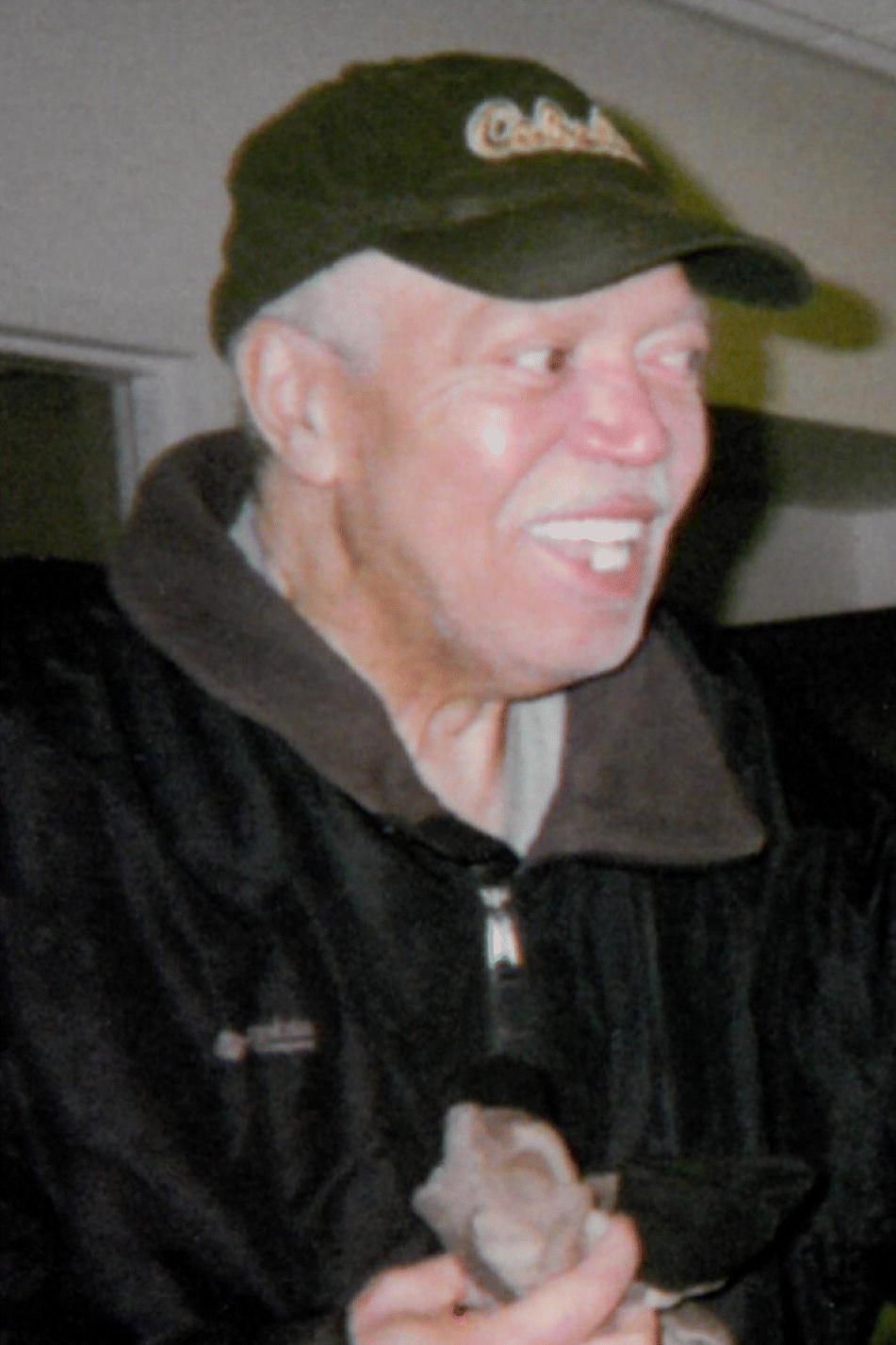 Born on September 8, 1938 in Carlisle, Pennsylvania, he was the son of the late John and Isabelle (Byers) Spraglin.

In lieu of flowers, memorial contributions may be made in Kenneth’s name to the American Cancer Society at www.donate3.cancer.org or the American Heart Association at www.heart.org.

Arrangements have been entrusted to the Hoffman Funeral Home and Crematory, 2020 West Trindle Road, Carlisle, PA 17013.

To read the full obituary and sign the guestbook, please visit www.hoffmanfh.com. 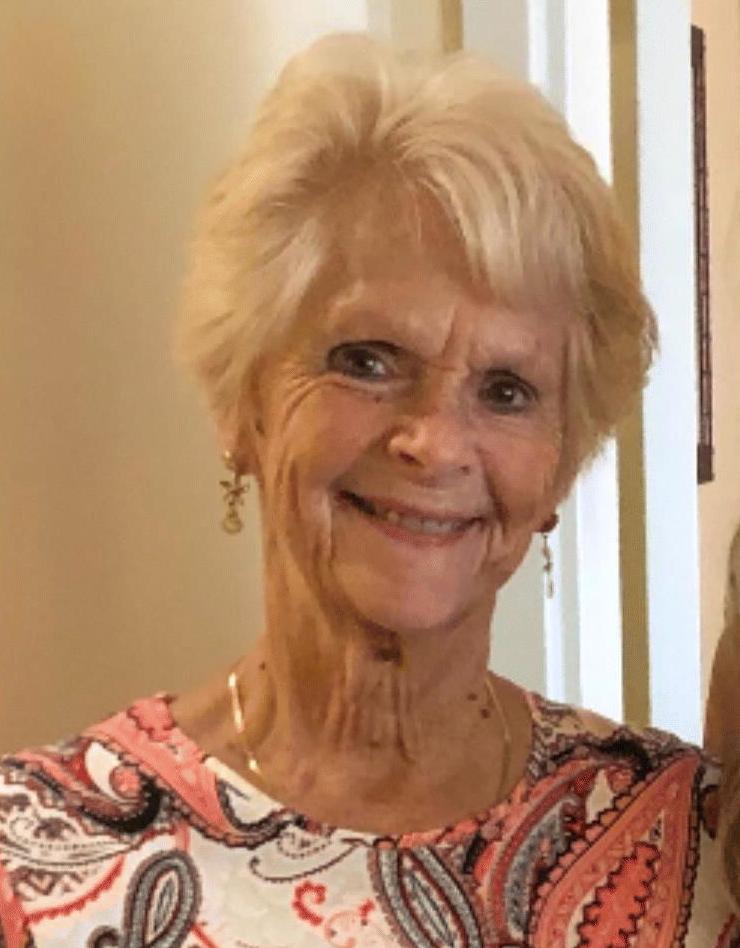 Dorothy G. “Dot” Love, 78, of Carlisle, passed away on Friday, August 16, 2019 at Hershey Medical Center while surrounded by her loving family.

She was born January 10, 1941 in McCoysville, Juniata County to the late David and Edith (Lawson) Beale.

Dot was a graduate of Juniata Joint High School. She married John Richard Love on August 14, 1960. On Wednesday, August 14, 2019 they celebrated 59 years of marriage. Dot worked for 28 years at Montgomery Ward before retiring. She was a member of The Meeting House Carlisle (formerly Brethren In Christ). Some of her involvement at the church included: working part time in the church office, acting as a leader for the Pioneer Girls and formerly teaching Sunday School. Dorothy loved the beach, being with her family (especially at Christmas), and spending the winter with her husband in their Lakeland, FL home for the last 16 years.

Funeral services will be held at 1:00 p.m. on Wednesday, August 21, 2019 at The Meeting House Carlisle with Rev. Alan Robinson officiating. Burial will follow at Cumberland Valley Memorial Gardens. A visitation will be held from 11:00 a.m. until the time of the service on Wednesday at the church.

The Love family wishes to express a special thank you to the doctors and the nursing staff at Hershey Medical Center for the compassionate care they provided Dot of the last 5 1/2 weeks.

In lieu of flowers, memorial contributions may be made to The Meeting House Carlisle, 1155 Walnut Bottom Road Carlisle, PA 17015. 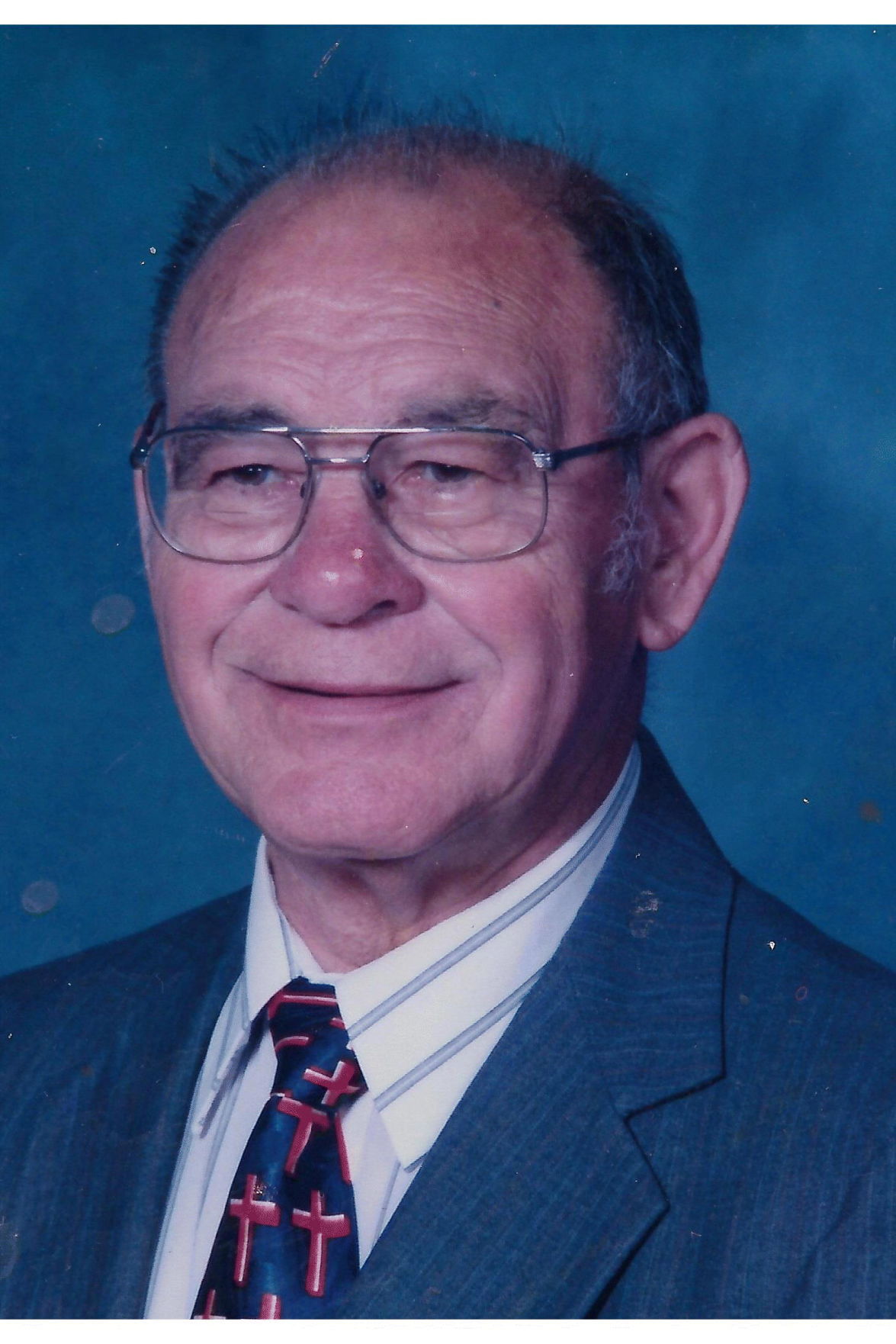 John was the Pastor at Leesburg and Mt. Tabor United Methodist Church Charges and three other charges in South Central PA. He was deeply involved in Camping Ministry of the United Methodist Church and especially Camp Penn. John volunteered at the Bloserville Fire Company and at numerous other local fire companies. He was a United States Navy veteran of World War II and Korea and was active in Veteran’s Associations for the USS Porter and the USS Purvis. John was a graduate of Messiah College. He enjoyed hunting, camping, gardening, handicrafts and especially caning chairs and plastic canvas work.

In addition to his parents he was preceded in death by his wife, Lois M. (Lester) Loewen who passed away July 23, 2016. Two brothers, Fred and David Loewen and one sister, Jean Rosen are also deceased.

A memorial celebration will be held Saturday, September 7, 2019 at 11 a.m. in the Fogelsanger-Bricker Funeral Home & Crematorium, Shippensburg. Officiating will be Pastor Wayne A. Good and The Rev. Richard l. Reese. A private burial with military honors will be held in the Indiantown Gap National Cemetery. There will be no viewing, however a visitation will be held one hour prior to the services in the funeral home. 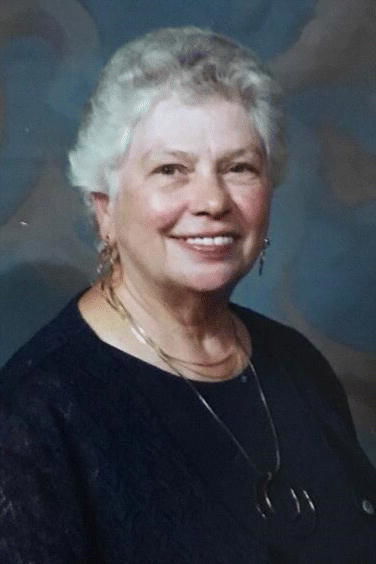 Mary Ann Taylor, 86, of South Middleton Township, passed away peacefully in her home in Boiling Springs on August 13, 2019.

Mary Ann was born in Butler, PA on November 11, 1932 to Arthur Roscoe Burns and Mary Aleene Stewart. She was a graduate of Butler High School and attended the University of Pittsburgh where she received her Bachelor’s Degree in Psychology. She worked until retirement as a weatherization specialist for the Commonwealth of PA, heading up offices in Butler and Harrisburg.

Mary Ann moved to Boiling Springs in 1984 and quickly became an advocate for the small historical community. She served multiple terms as president of the Boiling Springs Civic Association, which involved heading up the village’s annual Foundry Day Event. She also served as a member of both the South Middleton Township Board of Supervisors and the Zoning Board, and was named president of the Lion’s Club. She was an integral part of the village’s Sesquicentennial Celebration and the Save the Lake project. The latter involved obtaining a large grant to build the interior stone wall of the lake. She was extremely honored to receive the Wall of Acclaim Award for her volunteer service to South Middleton Township and community, which is displayed on the wall of the Boiling Springs High School.

Mary Ann was preceded in death by her parents, Arthur and Mary Aleene Burns; her husband, Robert Gates Taylor; and her brothers, Walter Burns and Thomas Burns.

The family would like to express their love and gratitude to Hospice of Central Pennsylvania and the staff of nurses who cared for Mary Ann during her final days.

A Celebration of Life will be held Wednesday, August 21, 2019, at 11:00AM, at Second Presbyterian Church in Carlisle, 528 Garland Drive, Carlisle, PA, with Pastor Jeff Gibelius officiating.

In lieu of flowers, donations can be made to the Children’s Lake Endowment Trust, P.O. Box 358, Boiling Springs, PA 17007. 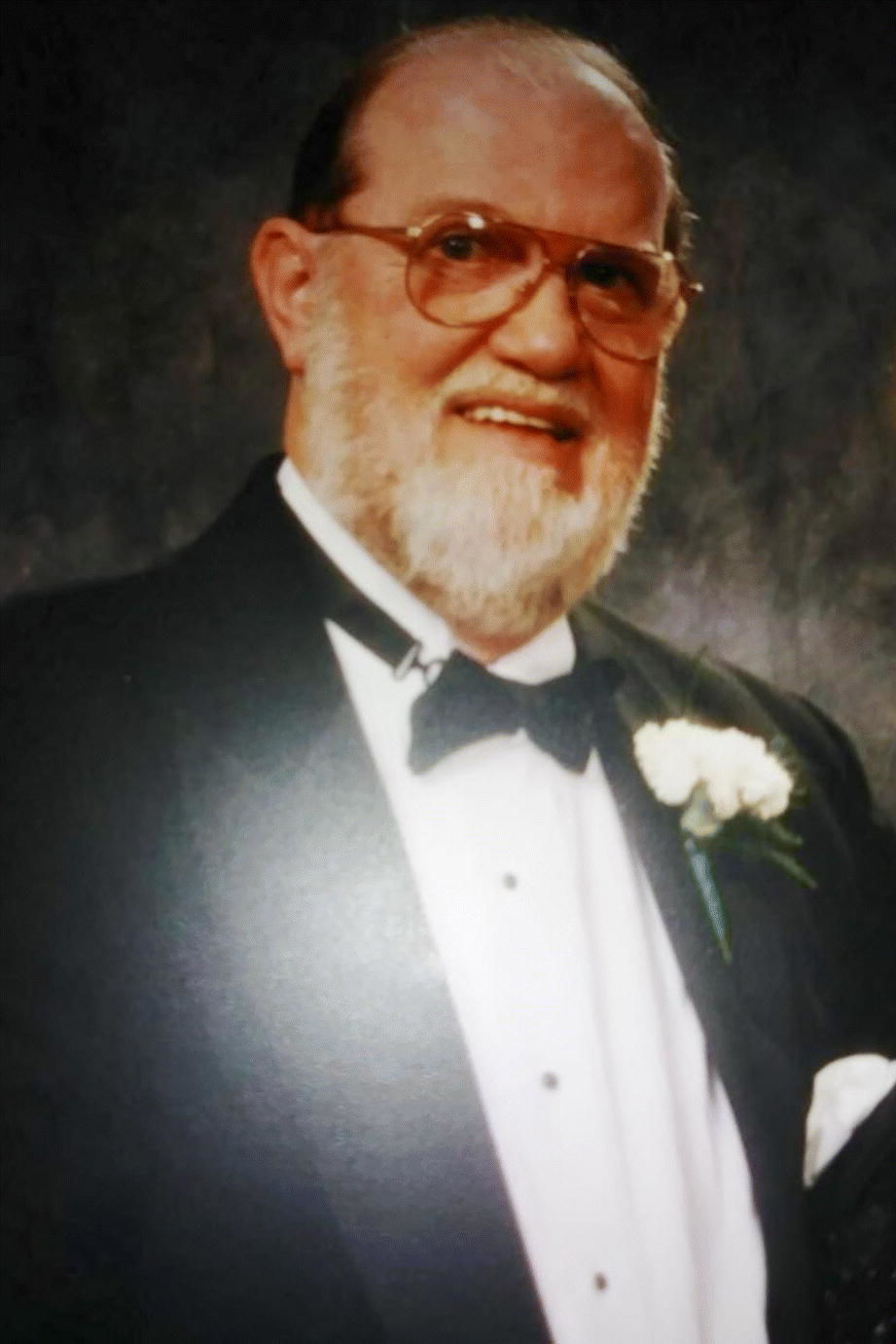 John retired from the US Navy as a CPO after 22 years of service as a Medical Corpsman. His service included one tour in Korea and two tours in Vietnam. After he retired from the service, John worked as a furniture salesman in Las Vegas. In his free time, he enjoyed woodworking, yard sales, flea markets, crossword puzzles, spending time with his cat, people and most of all his family.

Funeral services will be private and held at the convenience of the family at Arlington National Cemetery.