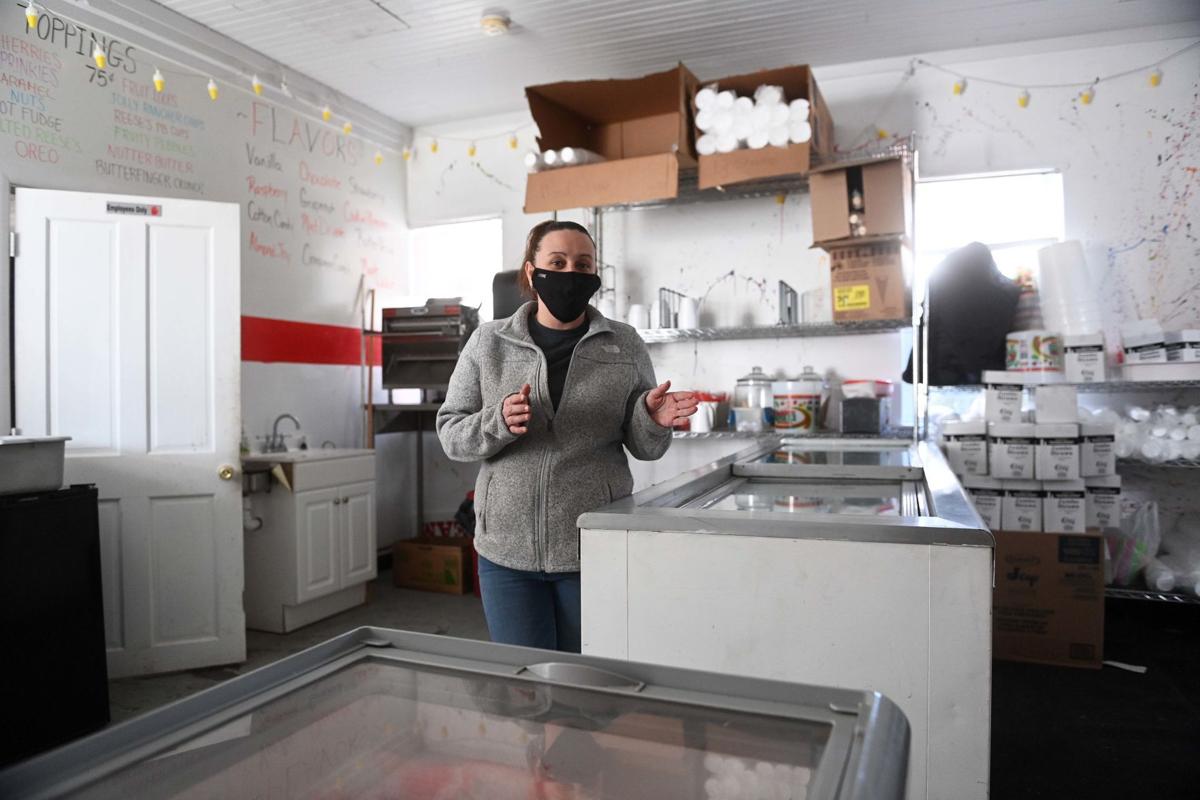 Amber Kane, owner of Kane’s Korner Pizzeria in Newville, discusses where she would set up a cooler system to allow patrons to purchase alcohol products. Newville is a dry municipality. Its residents have to travel to other towns to buy alcoholic beverages. 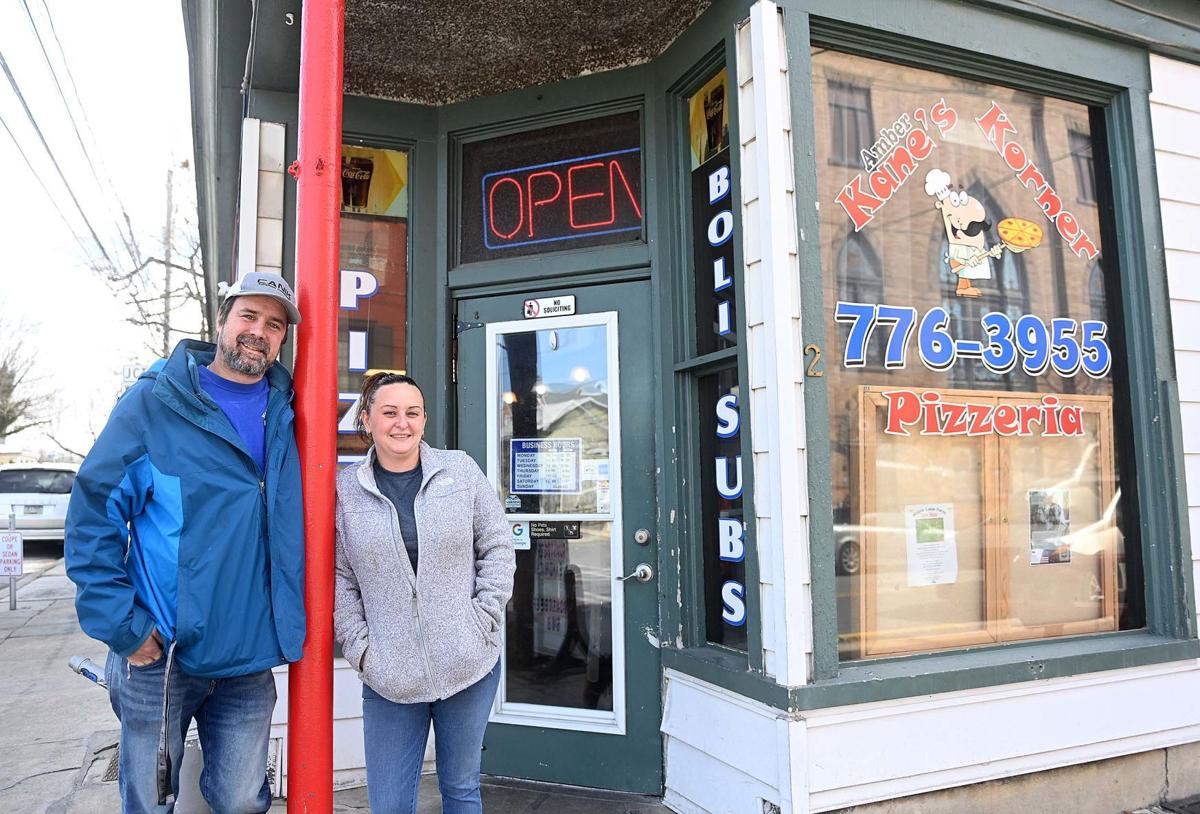 Brent Miller, left, and Amber Kane, own Kane’s Korner Pizzeria in Newville, and would like to add alcohol sales to their business. 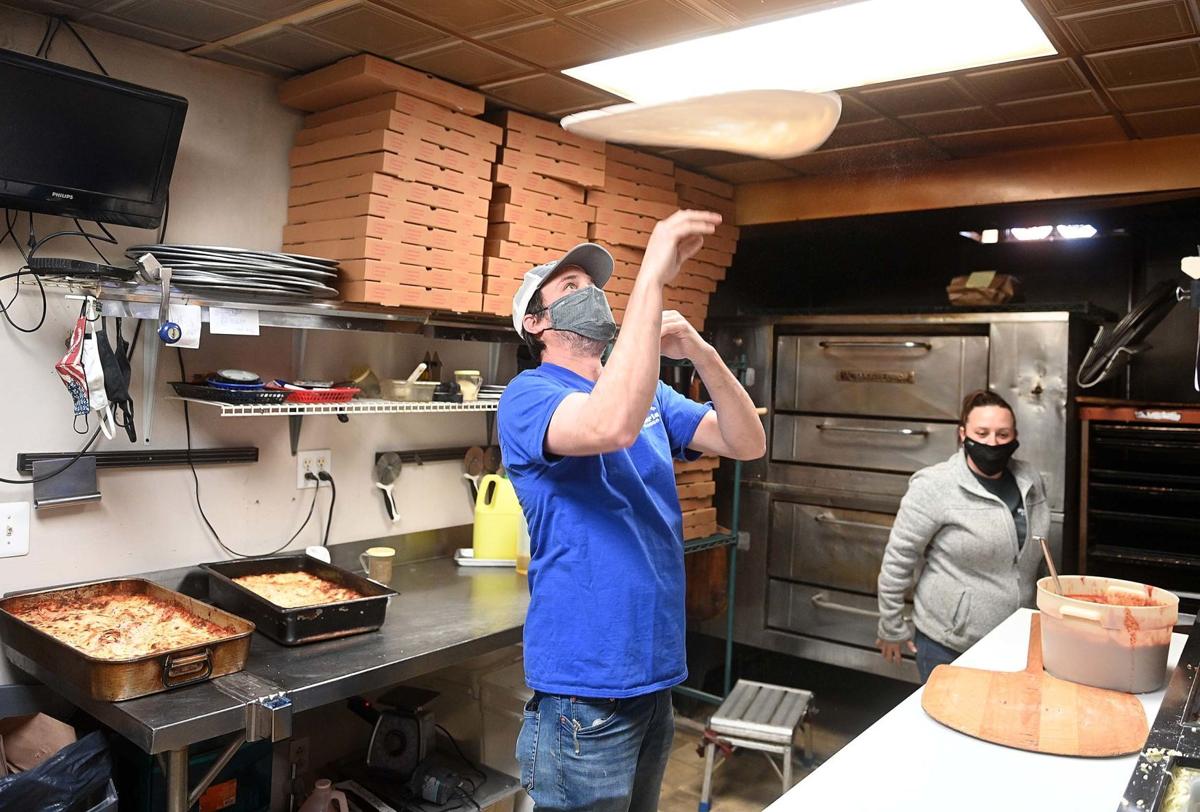 Bill Mintiens For The Sentinel

On May 18, residents of Newville Borough will be able to vote on whether their 88-year-old status as a “dry” municipality will end.

That’s because more than the required 156 residents have already signed a petition putting the issue on the May primary ballot.

You shouldn’t be surprised that Newville has been “dry” for so many years. According to the Pennsylvania Liquor Control Board website, as of November 2020, 681 of the 2,560 Pennsylvania municipalities are at least partially dry.

Dry towns have existed in Pennsylvania since the 19th century. Then, at the end of Prohibition in 1933, all municipalities were designated “wet,” but state law made alcohol sales a local decision. Voters get to decide on “dry” versus “wet.”

That’s what Newville will decide in May.

Scott Penner is the dean of students at Big Spring High School, and the president of the Newville Borough Council. A lifelong resident, Penner has witnessed the evolution and the economic challenges the borough has faced.

“Pre-1950s Newville was a pretty thriving town. It was a stop on the rails, folks from Philly and D.C. used it as an off-station for Doubling Gap and Pine Grove,” Penner said. “There were movie theaters, bars, a beer distributor and a state liquor store. Newville was doing pretty well.”

Then, in the post-1950s the new interstate changed everything.

“The interstate comes, the railroad shuts down, and instead of people passing through Newville they were four miles outside of town,” Penner said. “It became more of a bedroom community, people leaving town in the morning for work, returning home at night.”

Alcohol as an economic stimulant?

Bob Darius is another long time resident. The owner of Darius Real Estate, a family-owned business since 1974, he’s lived in Newville almost 40 years. Real estate has given Darius a unique perspective on people’s attitudes toward changing the liquor law.

“I have spoken to people who think Newville is fine just the way it is, some of the old-timers who’ve been here a long time are not pro-change,” Darius said. “But I’ve also heard from people who look ahead and think that Newville could become another Boiling Springs.”

Wolf to ease restrictions on restaurants, businesses in April

Changing Newville back into a destination, not just a pass-through spot, is a commonly heard desire.

“I think it would bring more tourists into town, folks could come and have a meal and a glass of wine or beer,” Darius said. “It will also encourage potential microbreweries to come to town as well. It’s a plus anyway you look at it.”

Scott Penner echoed Darius’ comments about those in favor versus those against changing the liquor law. “There is that faction of people who don’t want to see the law changed, but for every one of those there’s another group that says we’ve got to do something to bring business back into town. Nine out of 10 people will say that changing the liquor law is a big piece.”

As council president, Penner has heard from potential microbrewery businesses. “I believe in the last six months we’ve had three or four different entrepreneurs come to us and say I would love to open a microbrewery in town so when you change the liquor law let me know.”

Amber Kane is the co-owner of Kane’s Korner Pizzeria in Newville. Open for about five years, Kane is used to the obvious question — can I get beer with my pizza?

“People ask all the time about beer. We are a bring-your-own-beverage place so you can bring your own alcohol, but changing the liquor law will be very good for us and definitely a good thing for Newville,” Kane said.

Venezuelans fight COVID with a ritual

Venezuelans fight COVID with a ritual

Amber Kane, owner of Kane’s Korner Pizzeria in Newville, discusses where she would set up a cooler system to allow patrons to purchase alcohol products. Newville is a dry municipality. Its residents have to travel to other towns to buy alcoholic beverages.

Brent Miller, left, and Amber Kane, own Kane’s Korner Pizzeria in Newville, and would like to add alcohol sales to their business.