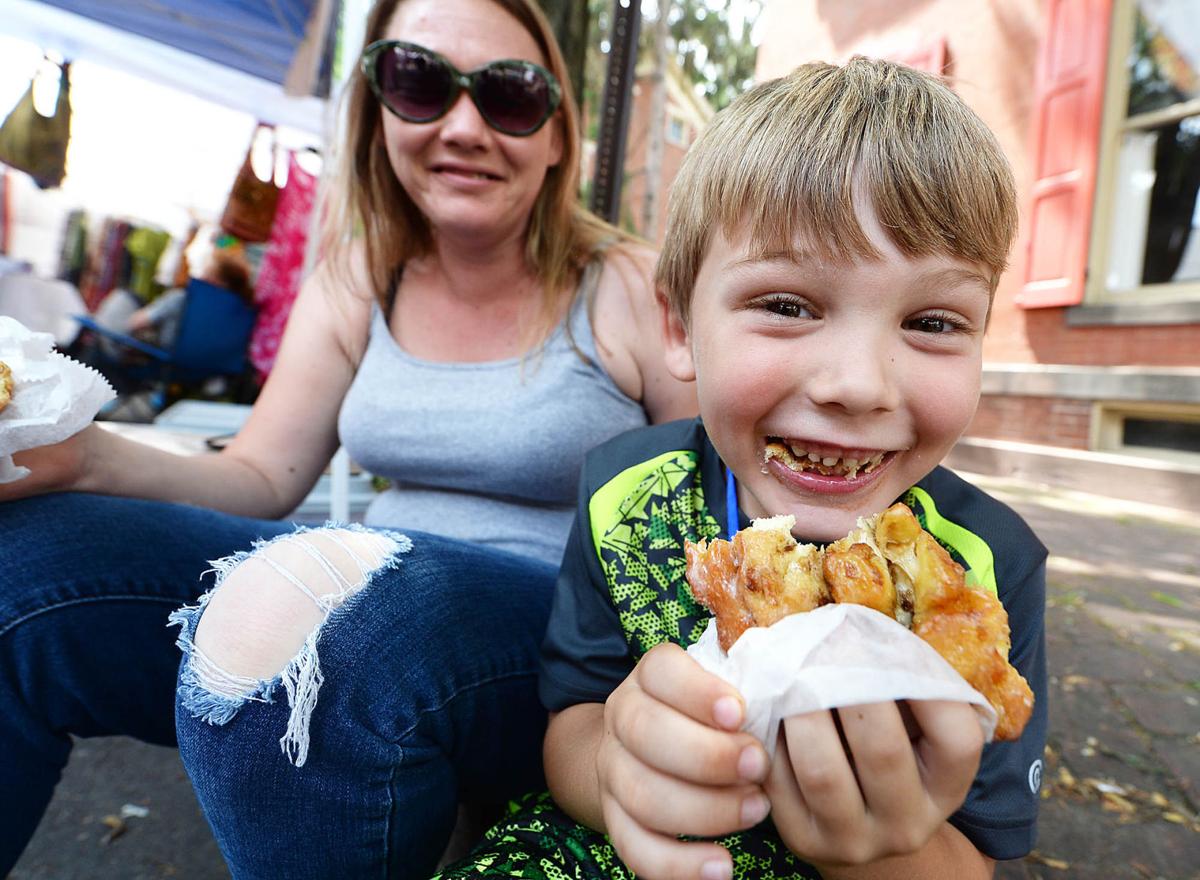 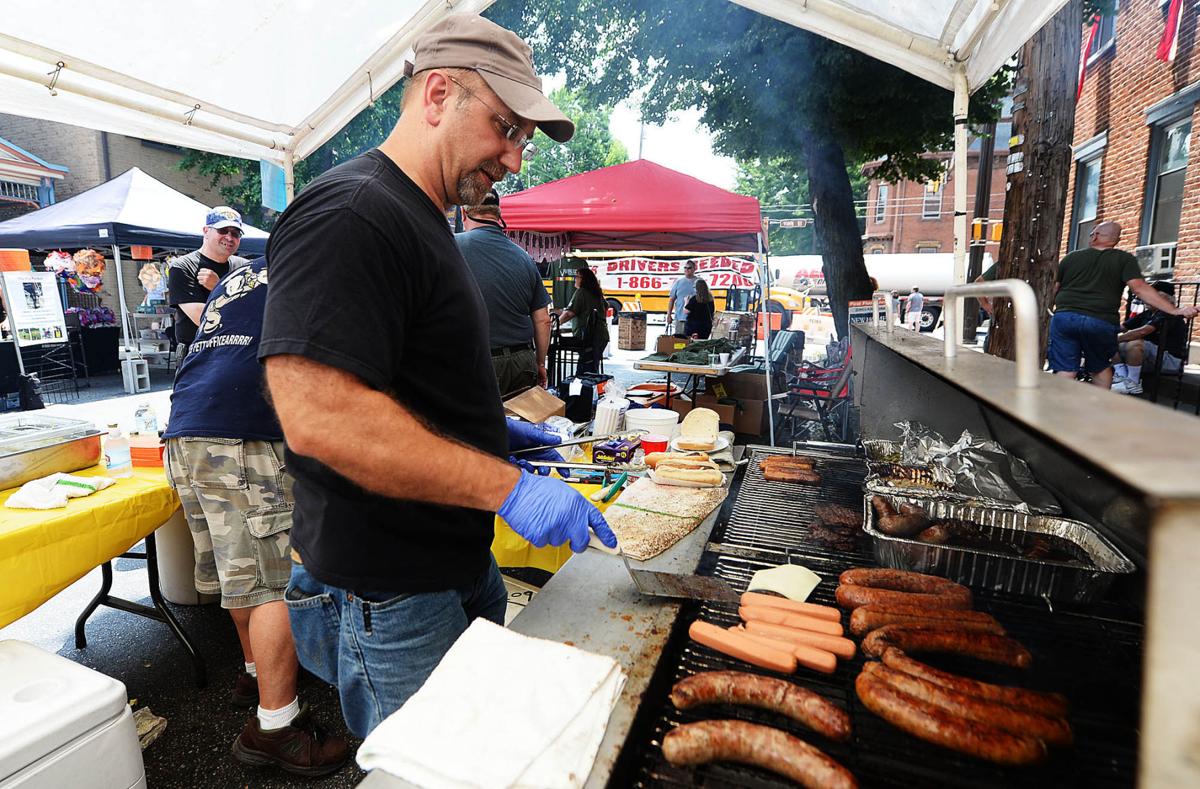 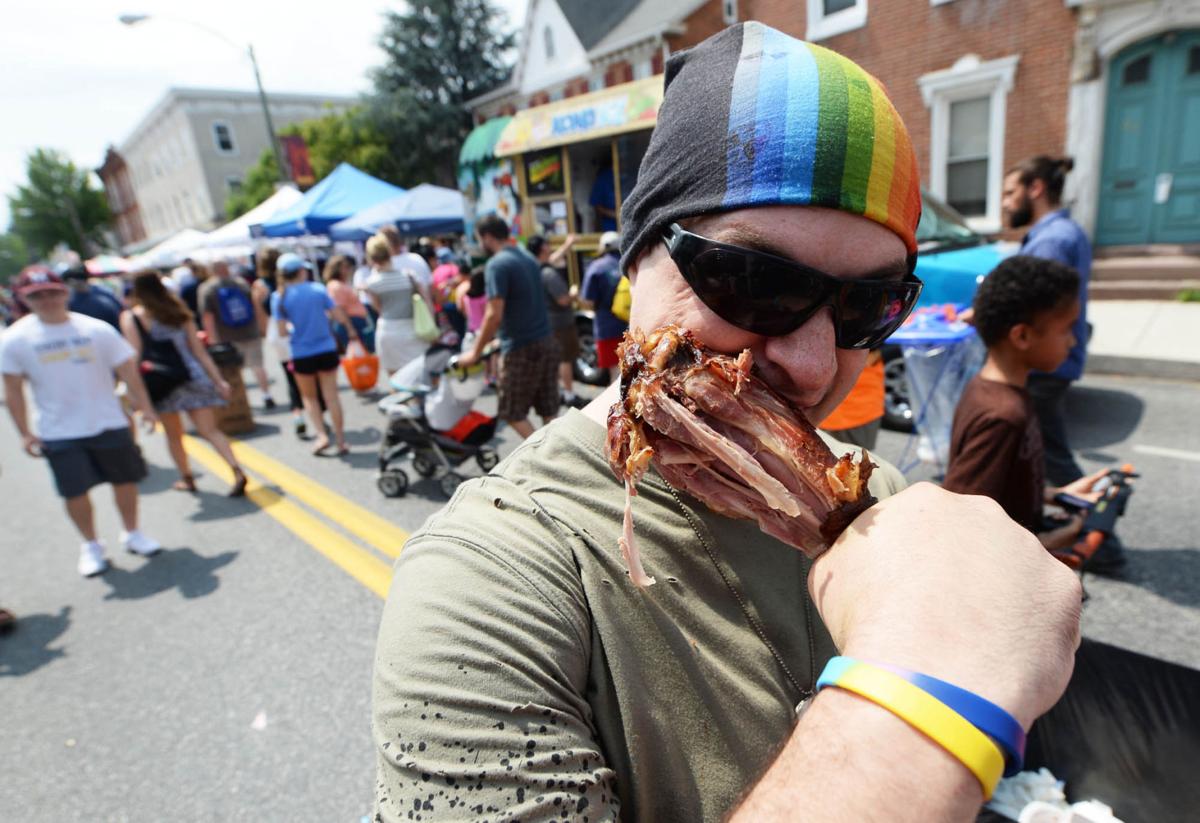 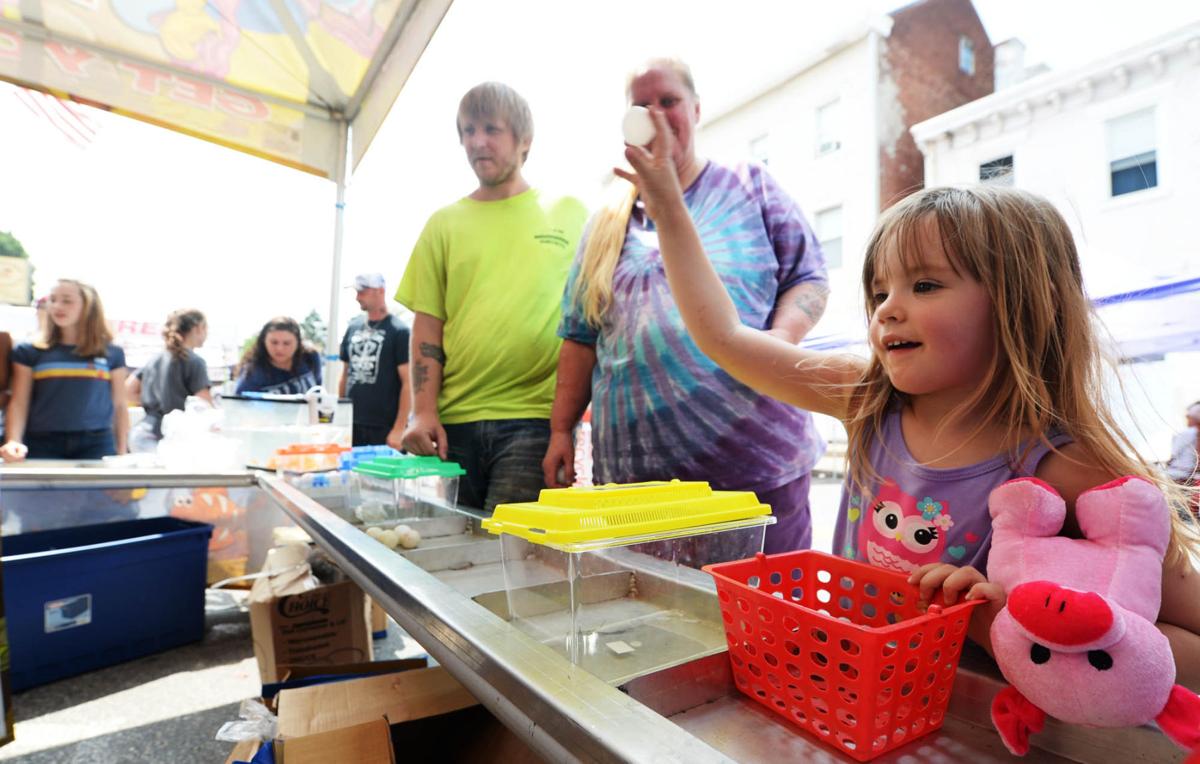 Isabella Jumper tries to win a goldfish during Jubilee Day. 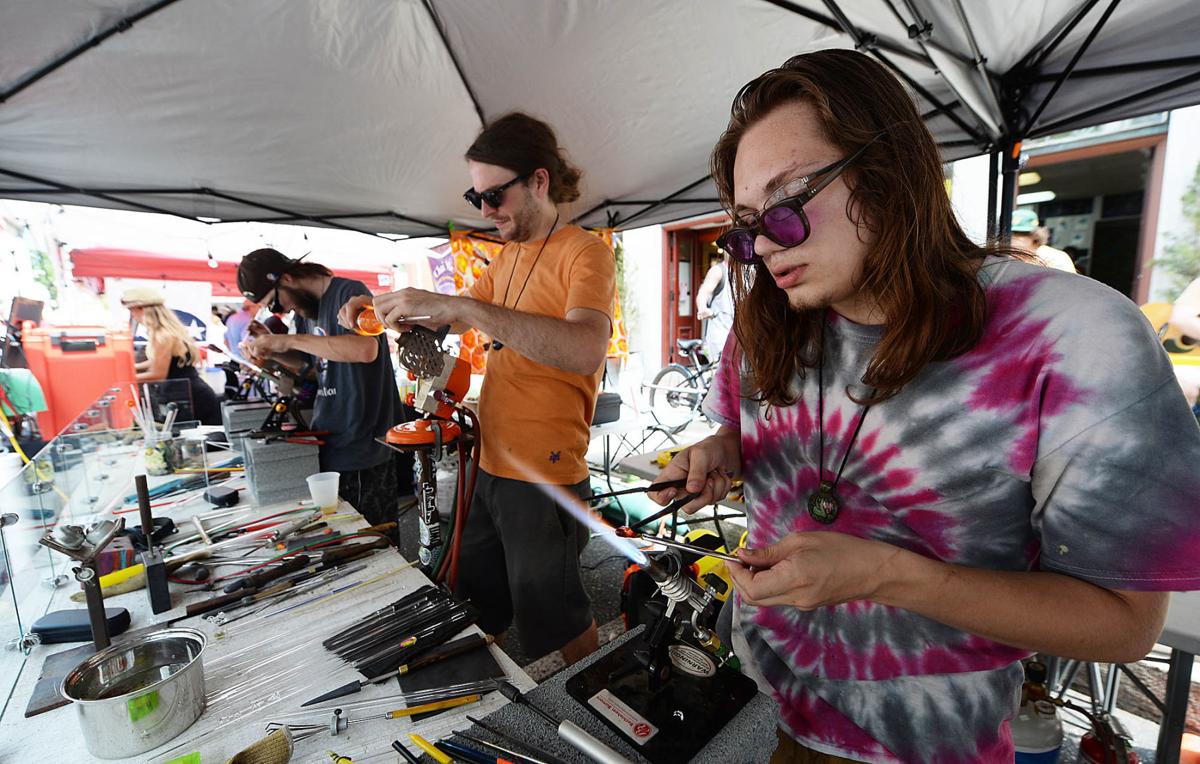 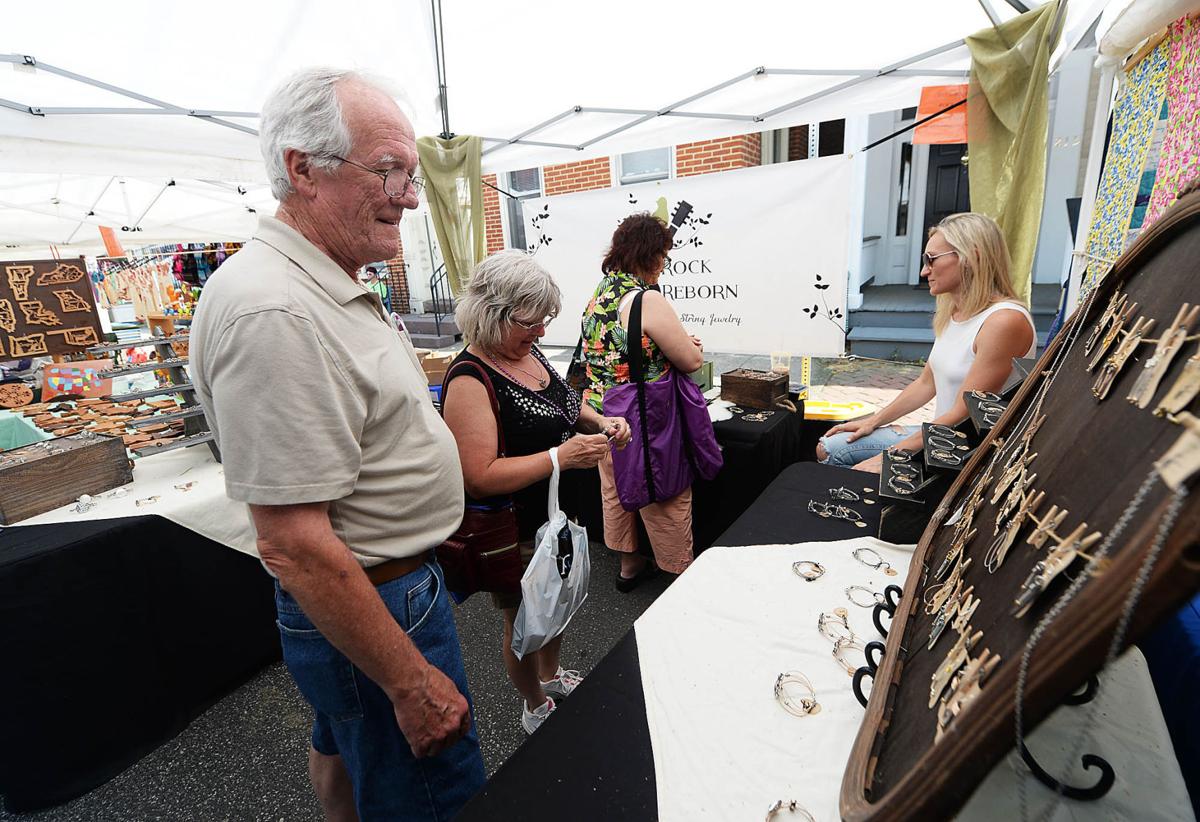 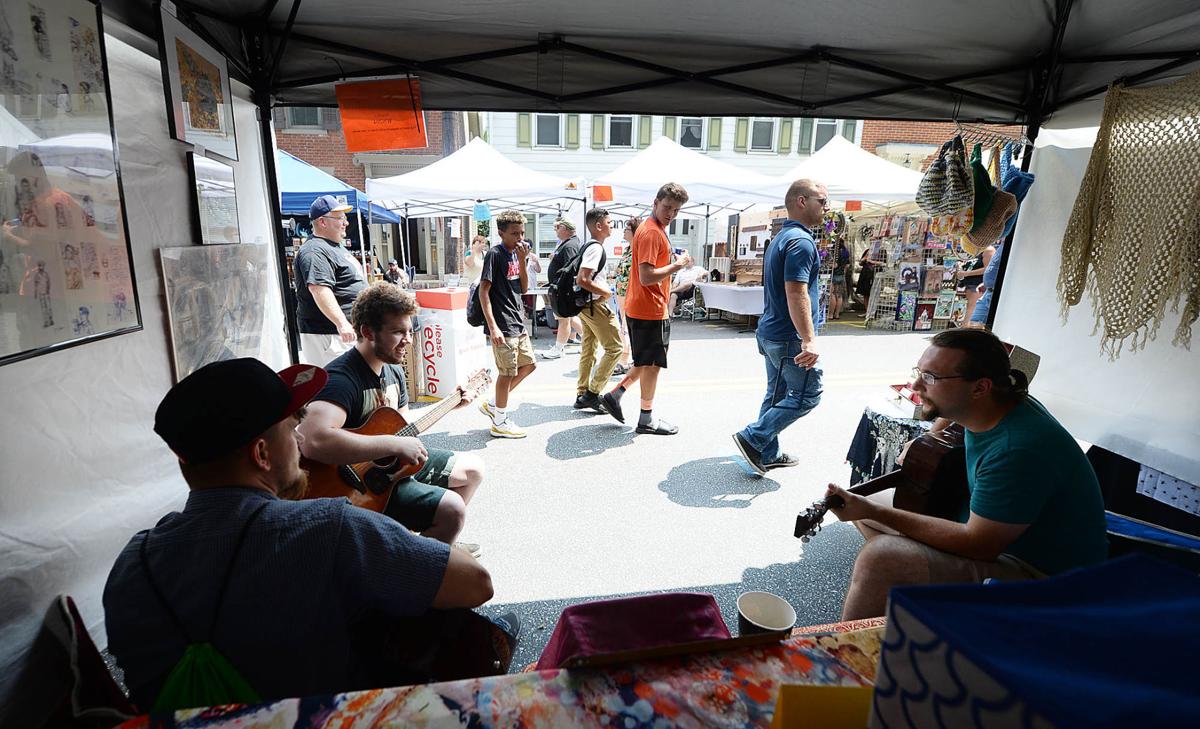 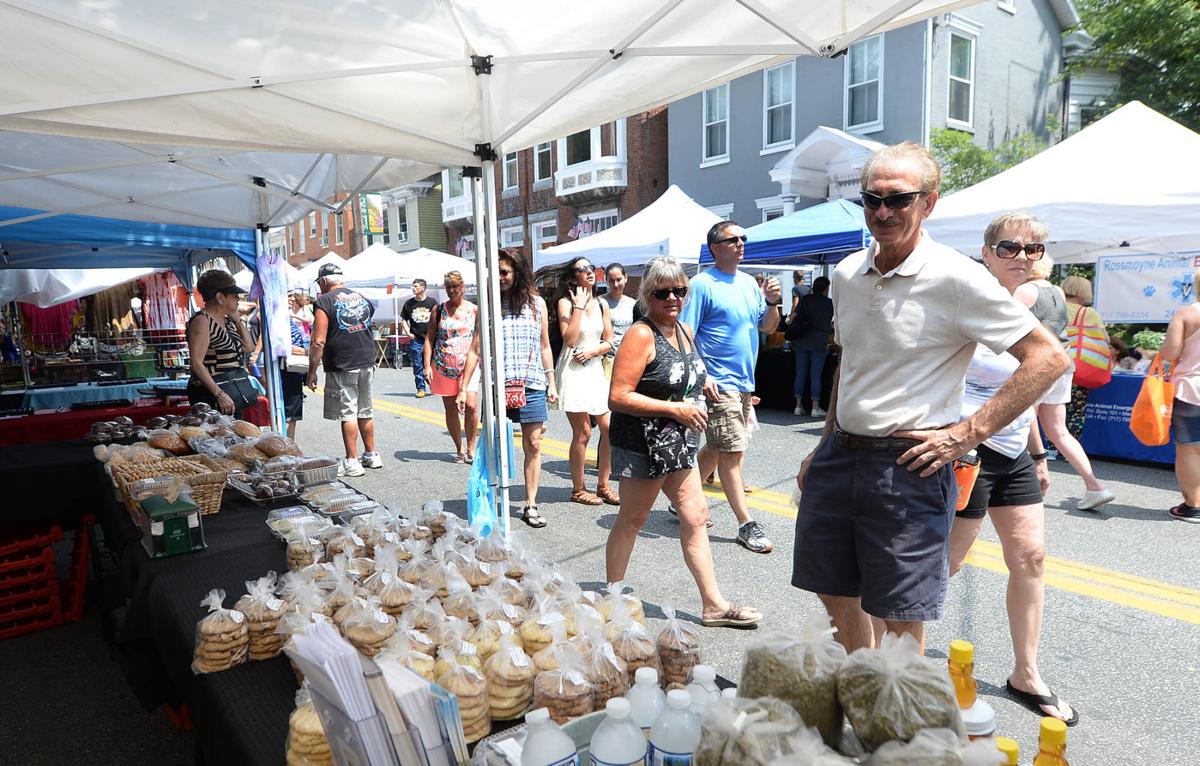 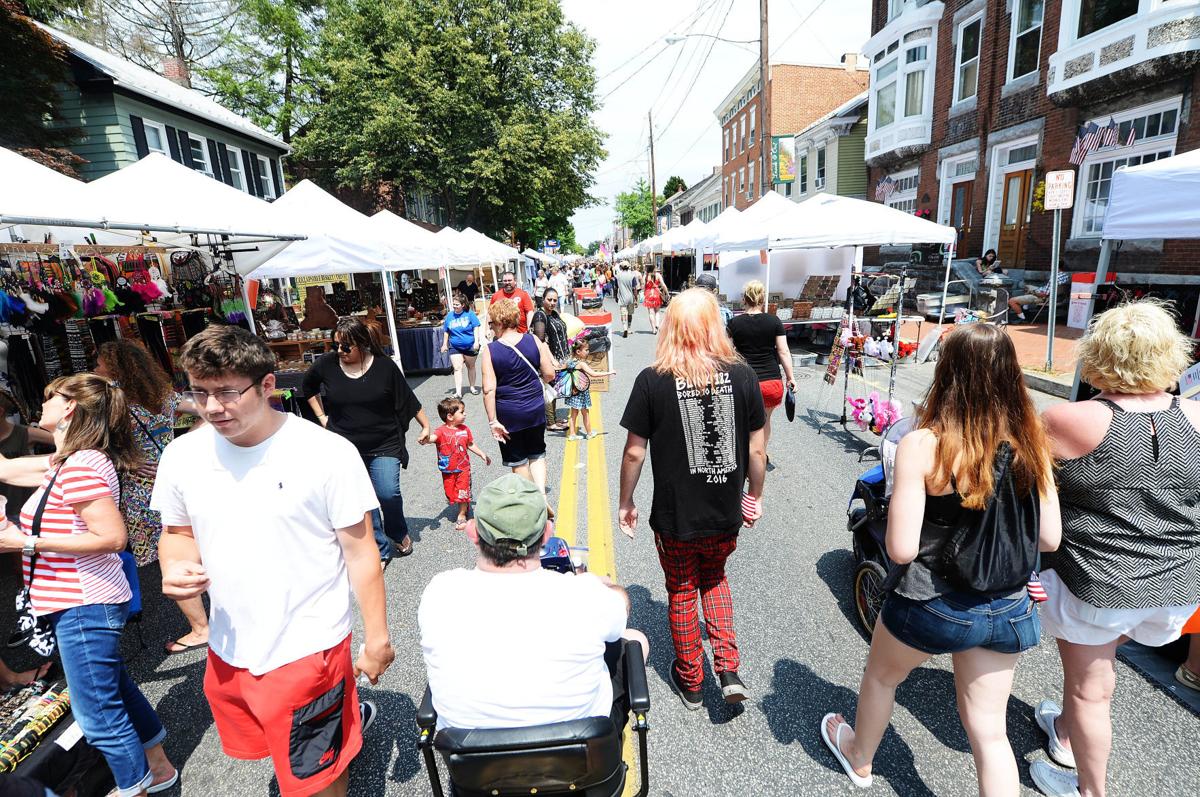 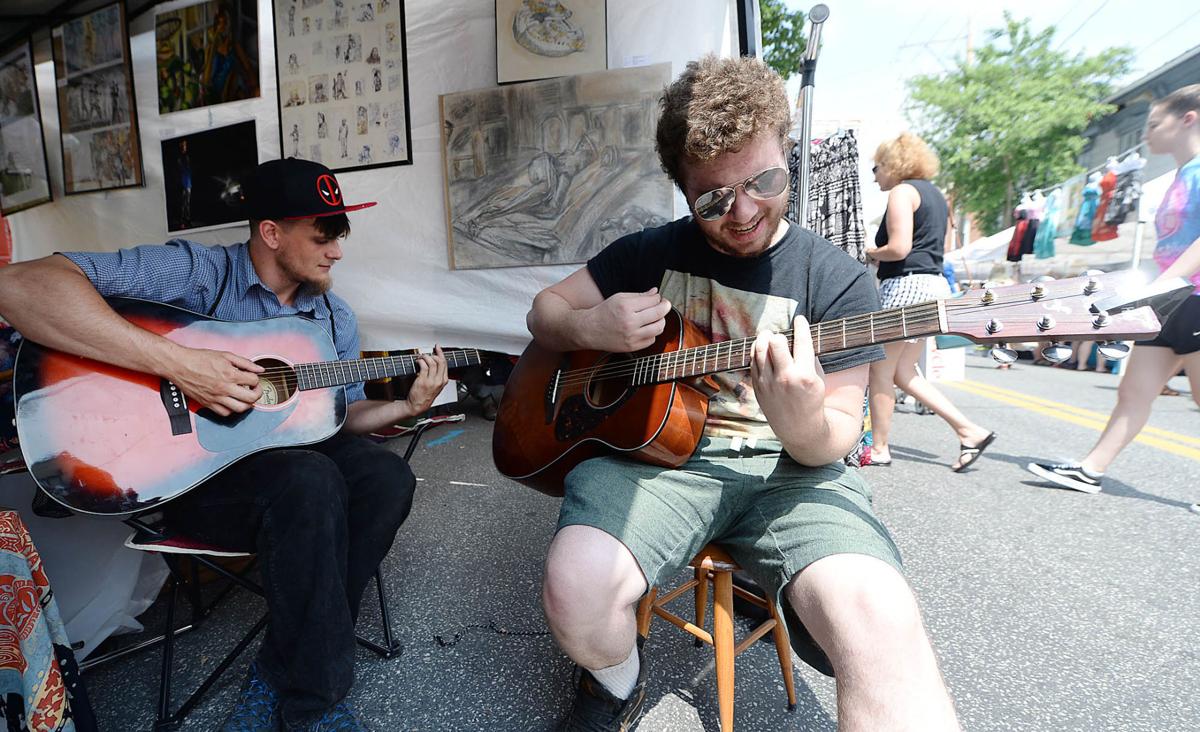 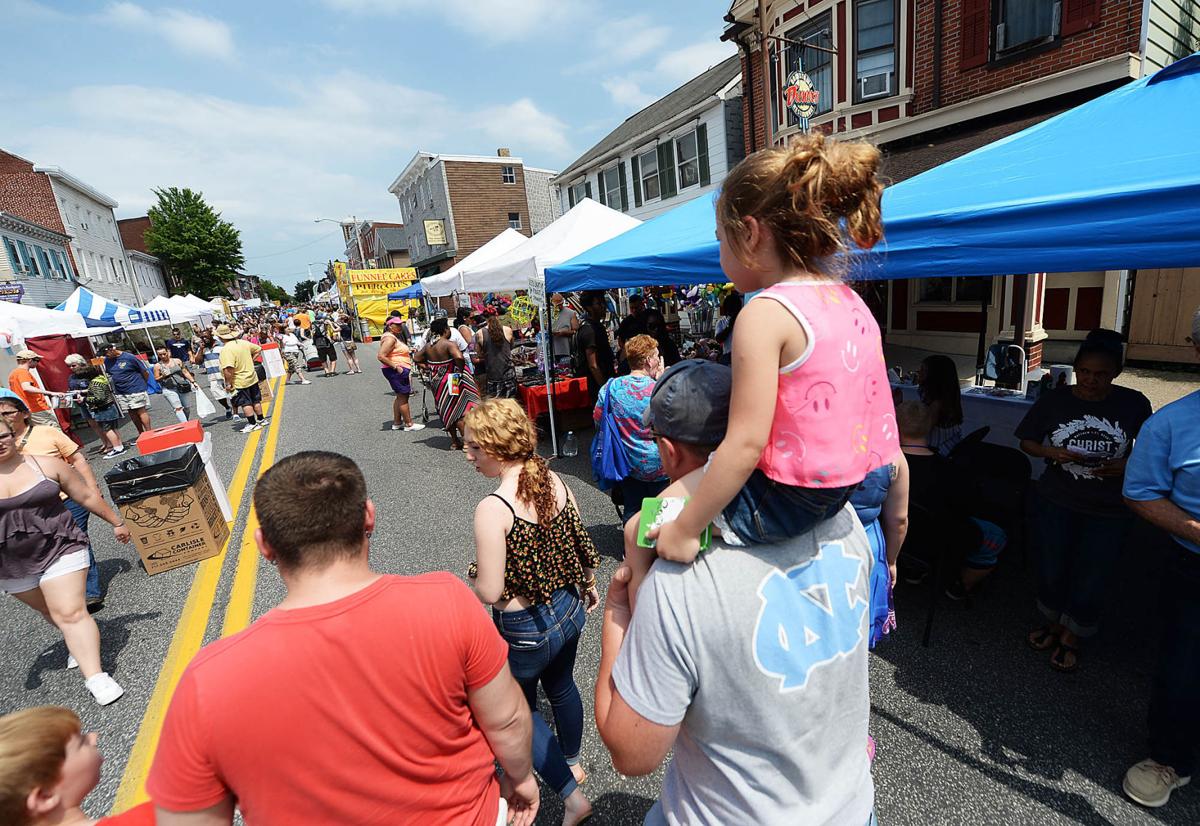 Jubilee Day is an opportunity for some community and charitable organizations to raise money. 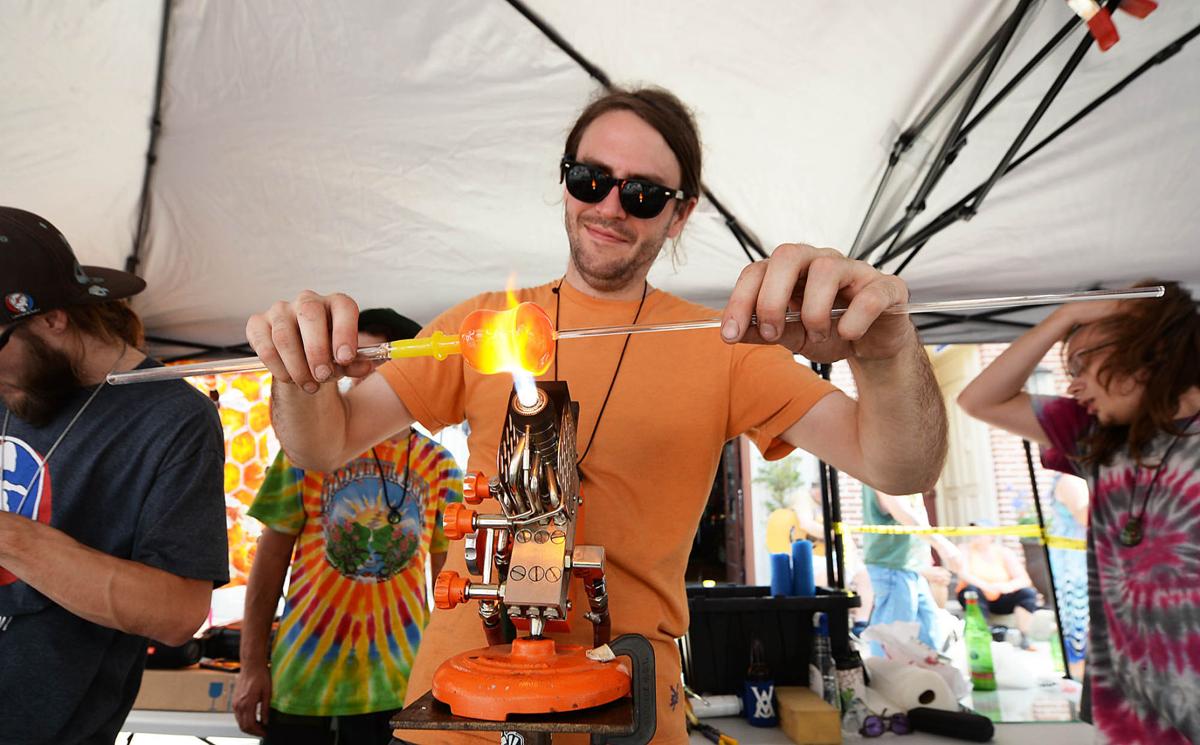 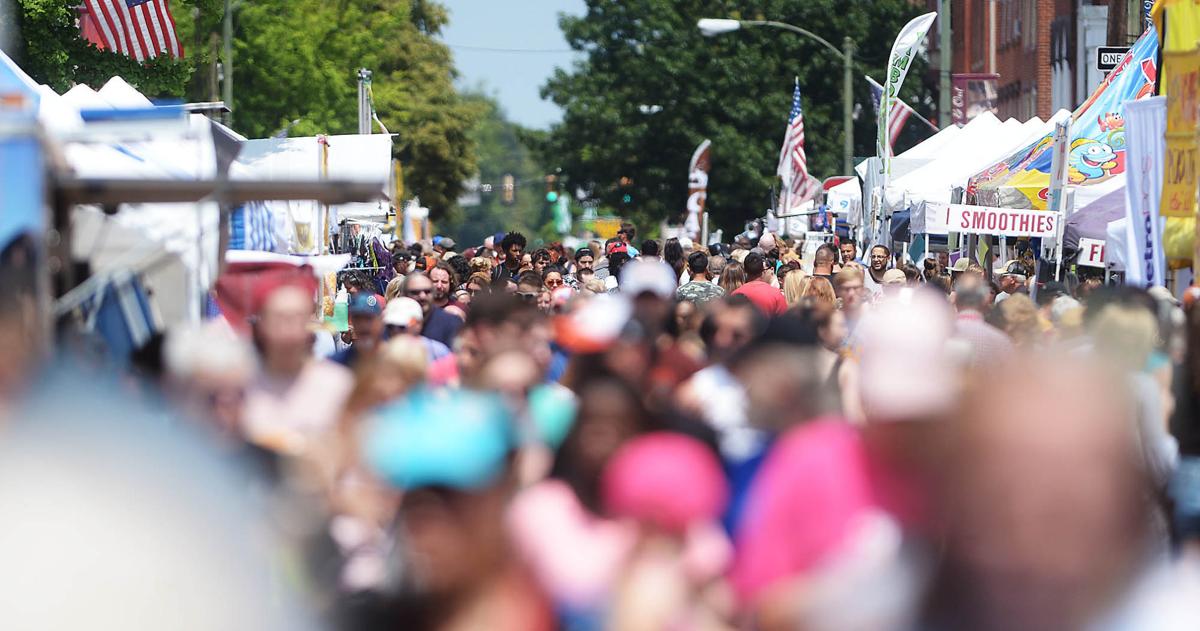 A throng fills the streets during Jubilee Day in Mechanicsburg June 15, 2017.

Mixed among the booths offering henna tattoos, fidget spinners and every variety of food imaginable at Jubilee Day are nonprofits looking to raise money and awareness among the expected 70,000-strong crowd at the one-day event.

The event is organized by the Mechanicsburg Chamber of Commerce.

Dianna Stammel was one of six volunteers serving at the booth for Caitlin’s Smiles, the chamber’s 2017 Charity of Choice. The nonprofit organization assembles bags containing a can of Play-doh as well as a card, a craft, crayons, a coloring book and other items to give a hospitalized child a “little pick me up,” Stammel said.

“We started out with the local hospital. Now we ship them throughout the country,” she said.

At Jubilee Day, Stammel invited children to make cards to be included in the bags. As she did so, she found that some of the children had themselves received a bag when they had been hospitalized.

Stammel said it was important to meet the people in the community before those same people need the organization.

Members of fire company look forward to Jubilee Day, and some take off work that day to help with what Neff said is a “significant fundraiser” for the company. The fundraiser helps to buy the equipment, like hoses and ladders, that the company uses.

In addition to hosting one of the few places at Jubilee Day at which patrons can sit down inside to grab a bite to eat, the fire company also sells T-shirts and worked a booth with a pull ticket game. About 30-40 people help with the work that begins a few days before Jubilee Day and continues for a few days after.

“I’m really proud of all of them,” Neff said.

At the same time, the company still has its focus on public safety, so fire equipment is moved to the rear of the station to allow it to make a fast exit should it be needed.

“We’re able to deploy just as fast as we can on any other day,” Neff said.

While Jubilee Day is a significant fundraiser for the fire company, it ranks about fifth among the fundraisers held throughout the year by the Mechanicsburg Music Alliance. The alliance has been a presence at Jubilee Day for 15 years, though many people would have known the group under its previous name, the Mechanicsburg Band Boosters.

The alliance assists with a variety of music programs in the Mechanicsburg School District. Last fall, the marching band made a connection with the Pennsylvania Dairymen’s Association, and soon went through the training to be able to offer the famous Farm Show Milkshakes as a fundraiser.

“They carry their own history with them and have their own following,” Blessing said.

A minimum of eight volunteers per shift had been scheduled across five shifts to man the Farm Show Milkshakes booth. Volunteers include a mix of high school and middle school students.

Blessing said it’s good for the community to see that the students are willing to work to earn the money rather than to just send a form for sub sales along to work with a parent, for example. Participating in Jubilee Day is also a way for the community to meet students whose music can often be heard through the town as they practice outside.

Scott Shewell agreed that visibility is a key factor in drawing organizations like Safe Harbour to Jubilee Day.

“It’s a great place to be for people to find out who you are and what you do,” Shewell said.

He said he had talked to a number of people about Safe Harbour’s services which are offered throughout the county. He’s also been able to talk to people about volunteer opportunities and in-kind donations of items such as clothing and linens.

If standing out all day at Jubilee Day brings in a donation of any size, it puts Safe Harbour ahead of where it was yesterday, Shewell said.

The 1972 Mustang Mach 1 will be part of a display celebrating the anniversary of the “Big Horse Mustang,” featuring 1971-1973 Mustangs.

Isabella Jumper tries to win a goldfish during Jubilee Day.

Jubilee Day is an opportunity for some community and charitable organizations to raise money.

A throng fills the streets during Jubilee Day in Mechanicsburg June 15, 2017.