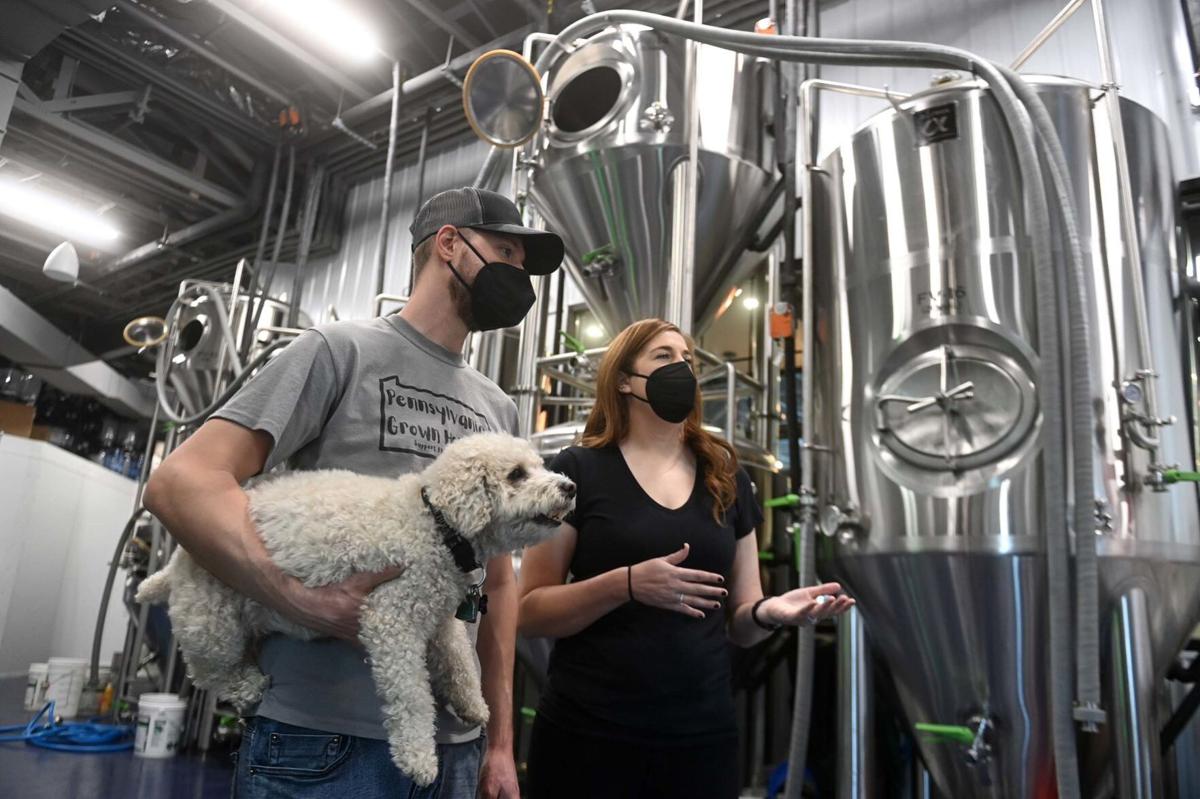 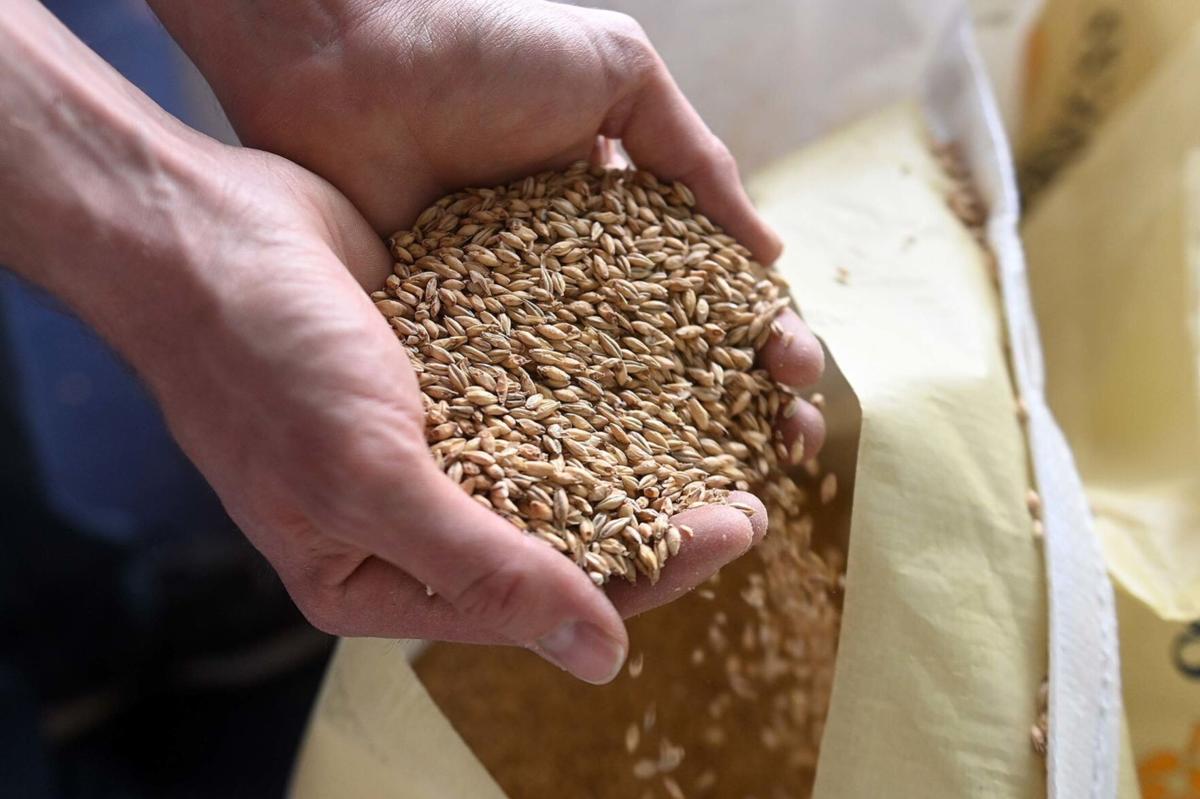 Derek Wolf, co-founder and director of brewing operations at Wolf Brewing Co. in Mechanicsburg, shows the American two-row barley malt they use. 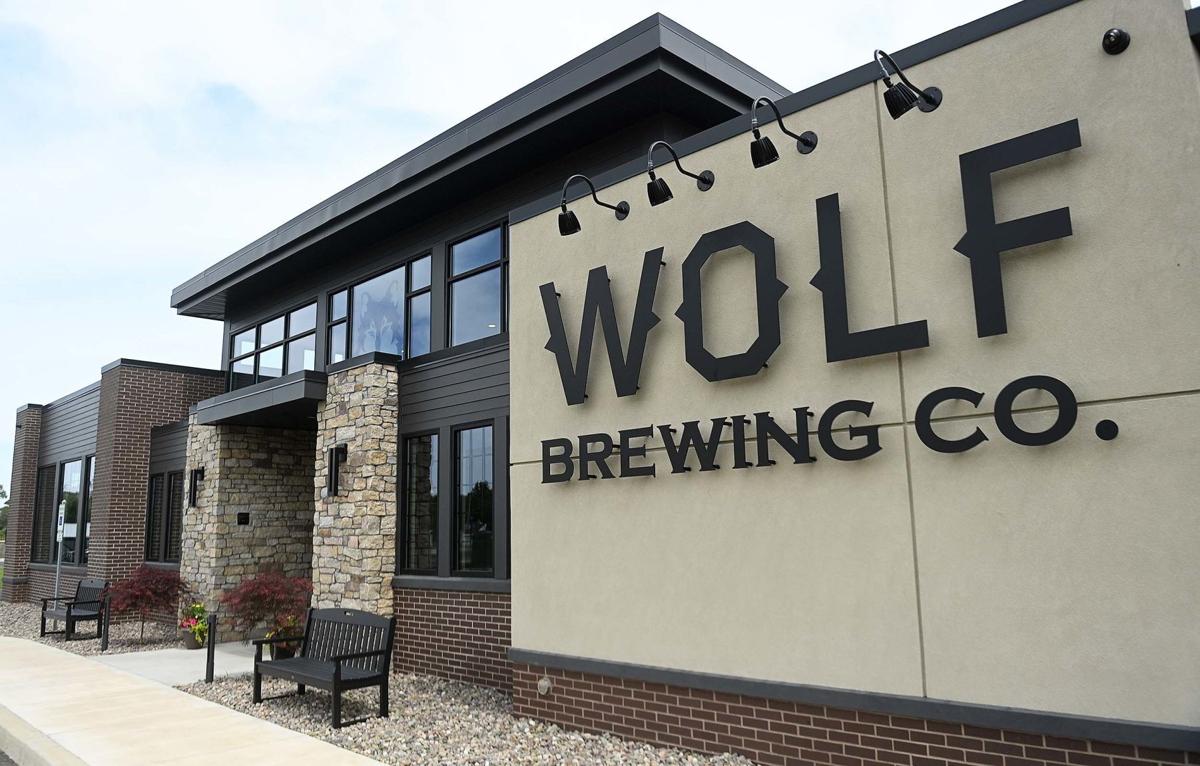 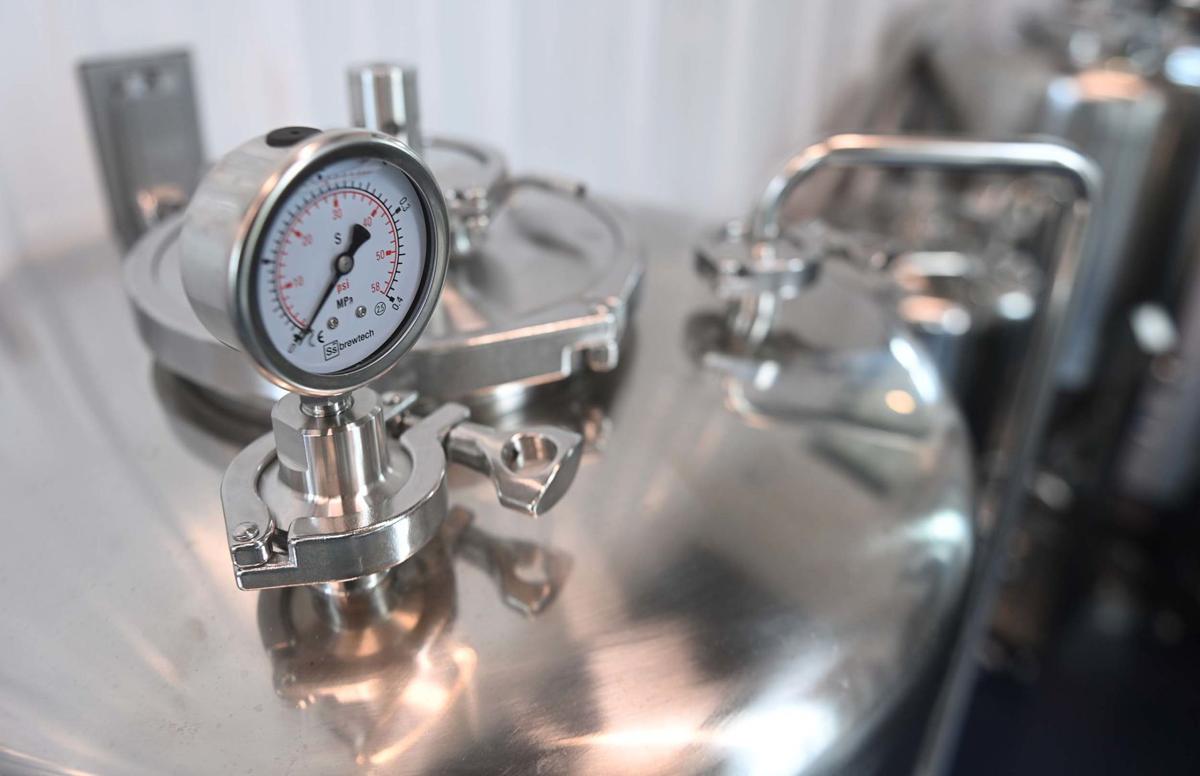 Derek Wolf is the co-founder and director of brewing operations at Wolf Brewing Co. in Mechanicsburg. 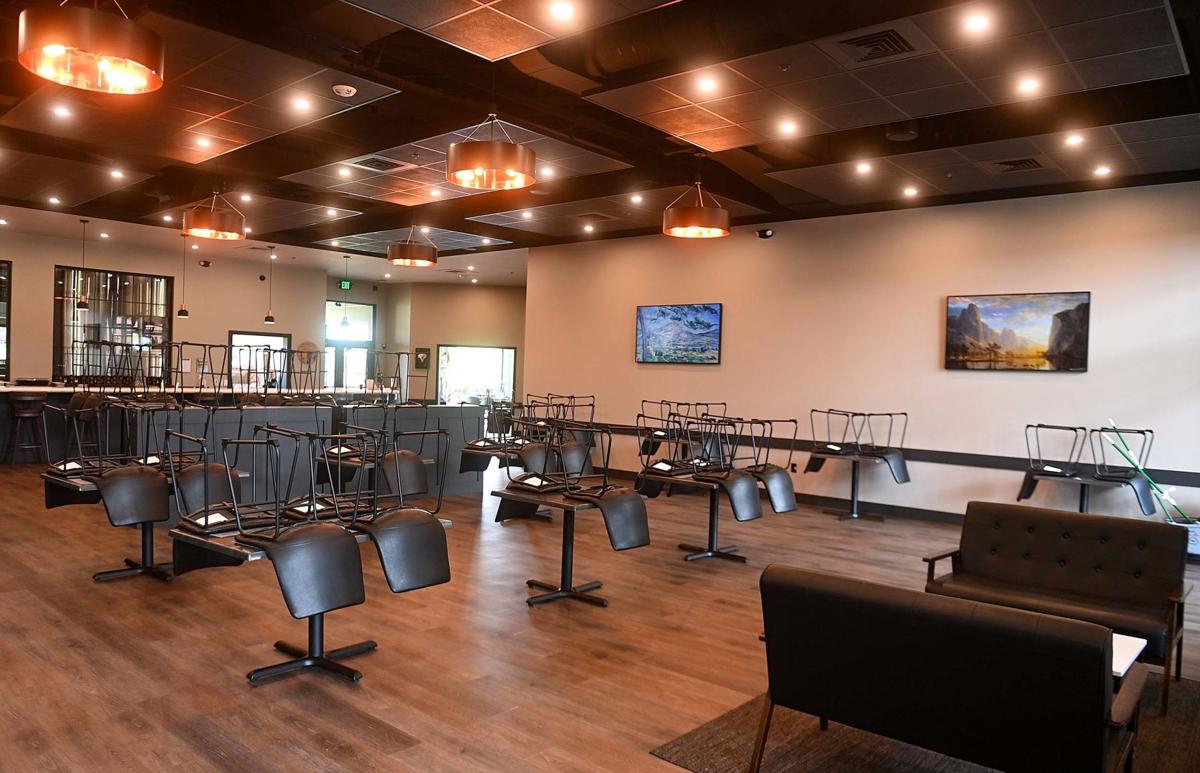 Wolf Brewing Co. in Mechanicsburg offers a variety of beers as well as dining.

When Elaine and Derek Wolf decided to go ahead and begin building their brewery in the midst of a global pandemic, there was some doubt — but not that much.

“We looked at each other and said ‘we should still go forward with this, right?’” Elaine said.

But after years of careful planning, putting their dream on ice wasn’t really an option.

“It’s been something we’d regret the rest of our lives if we didn’t do it,” Derek said.

The root of the project dates to 2011, when Derek first started brewing beer at home: his concoctions turned out well, and he began racking up brewing awards. Seeing that it was a passion that could turn into more than just a hobby, Elaine pushed him to go further.

“She gave me the goal to win an award in every state in the country,” Derek said.

And so he did, being recognized in brewing contests in all 50 states. At that point, the idea of opening their own business began to take shape, and the couple scouted multiple locations to build their brewery and restaurant.

By 2019, the Legacy Park location had become the best option, particularly since they would be able to own the real estate, Derek said, making it easier to get financing. Family members also committed money and time.

“Both our families are here all the time, busing tables, doing everything,” Derek said. “Without the family, none of this would’ve been possible.”

The layout of the brewery also went through five sets of plans before the final design was decided. Derek and Elaine spent months talking to other brewpub operators to perfect a layout that would fit on the lot. Custom brewing tanks were ordered from a fabricator in Nebraska.

Then, the COVID-19 pandemic hit. A planned March 2020 groundbreaking was pushed back three months, but then everything seemed to fall in place, although scheduling contractors and getting furniture shipped was difficult due to pandemic-induced delays.

Getting certain brewing materials has also been difficult due to shipping bottlenecks in the global economy; Derek is still waiting on a certain type of fruit from the Philippines that he had planned to use in a flavored wheat beer.

But the brewing process has been chugging along, and although Derek has a vast knowledge of brewing techniques from taking classes and doing his own experimentation, the fine-tuning of industrial scale equipment takes some getting used to.

“A lot of this is all brand new to me as far as how everything works,” Derek said. “It’s been a long process. Going from a 5-gallon pot to 310 gallons is a bit different.”

The first batches he made are already halfway gone, Derek said, and it’s only been two weeks; he plans to hire more brew staff once he gets the process down to a routine. He’s also still working his day job selling surgical equipment, traveling to operating rooms across the state.

Elaine has a background in restaurant work, and the couple contracted with Smoke & Pickles, the butcher shop and restaurant in downtown Mechanicsburg, to help develop the brewpub menu and manage the kitchen.

The brewing offerings are designed to be accessible, Derek said. All of the beers made at Wolf Brewing are gluten-reduced and within the tolerance for most celiac disease patients, he said. Although India Pale Ales are sure-fire sellers, Derek also limited them to just a few in order to include as wide a variety of beers as he could.

Even with the hurdles of the pandemic, discovering how to launch the business has been the journey of a lifetime, the couple said.

“A lot of it was just learning on the fly,” Derek said, “and doing a lot of reading.”

Derek Wolf, co-founder and director of brewing operations at Wolf Brewing Co. in Mechanicsburg, shows the American two-row barley malt they use.

Derek Wolf is the co-founder and director of brewing operations at Wolf Brewing Co. in Mechanicsburg.

Wolf Brewing Co. in Mechanicsburg offers a variety of beers as well as dining.