Become a Member
Read Today's E-edition
Share This
A repurposed Gingerbread Man, brewery among possibilities for downtown Mechanicsburg
0 Comments
Share this
1 of 5 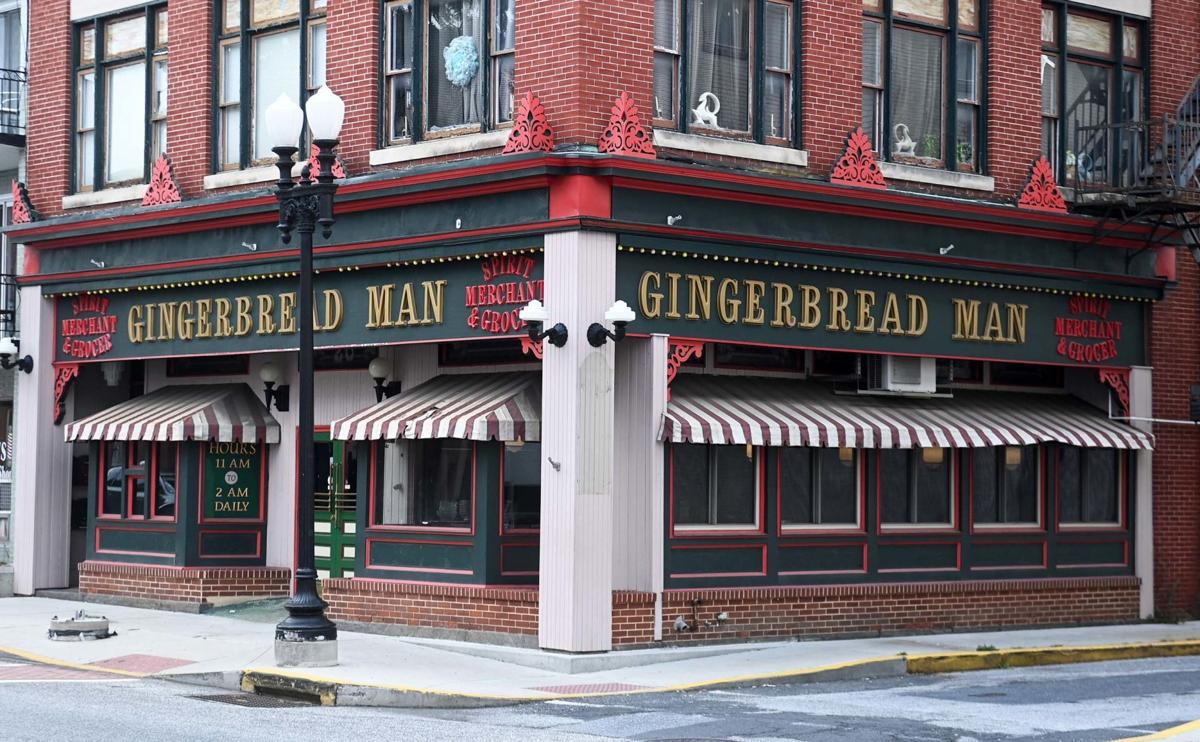 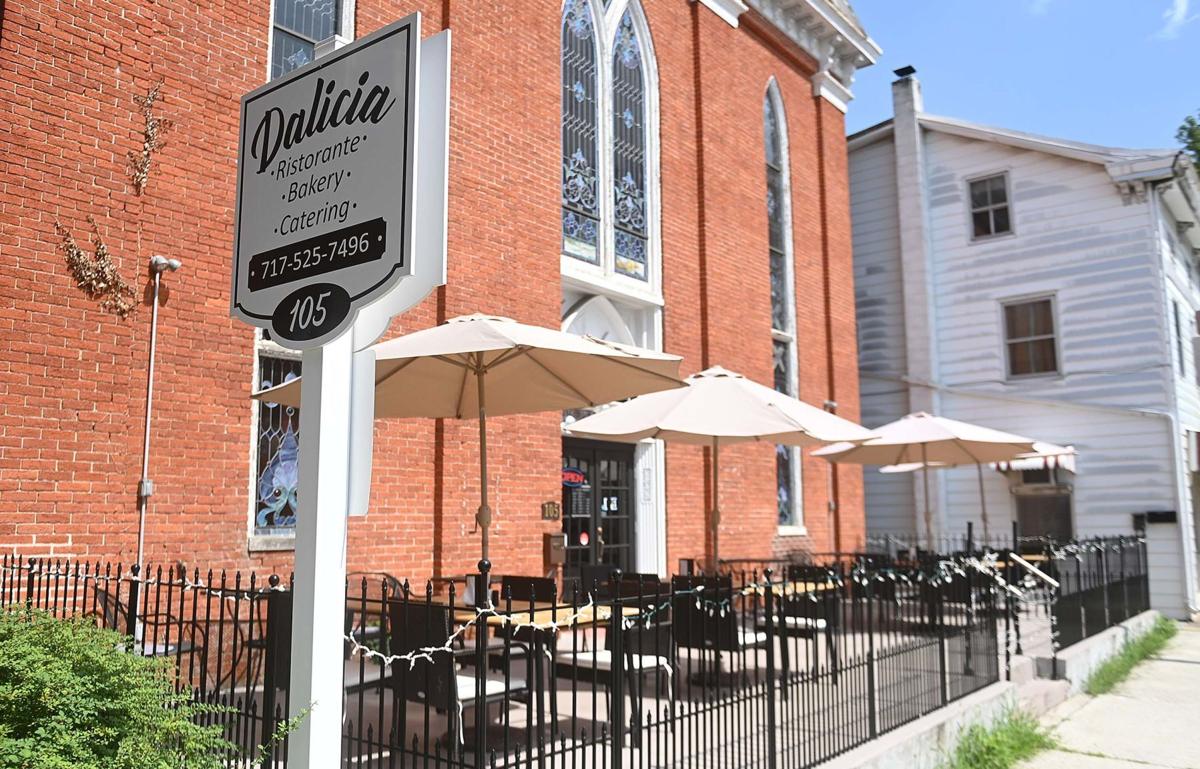 Dalicia Ristorante and Bakery at 105 S Market St., is one of a number of new businesses in downtown Mechanicsburg. 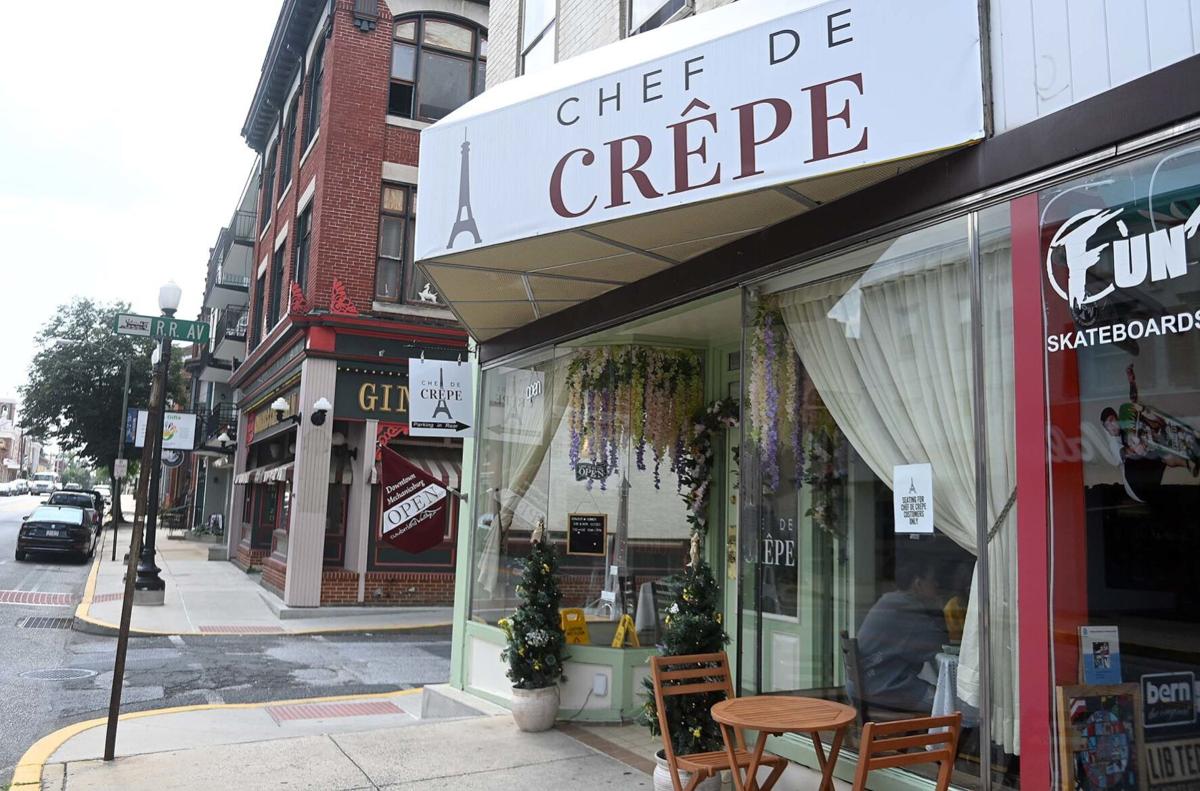 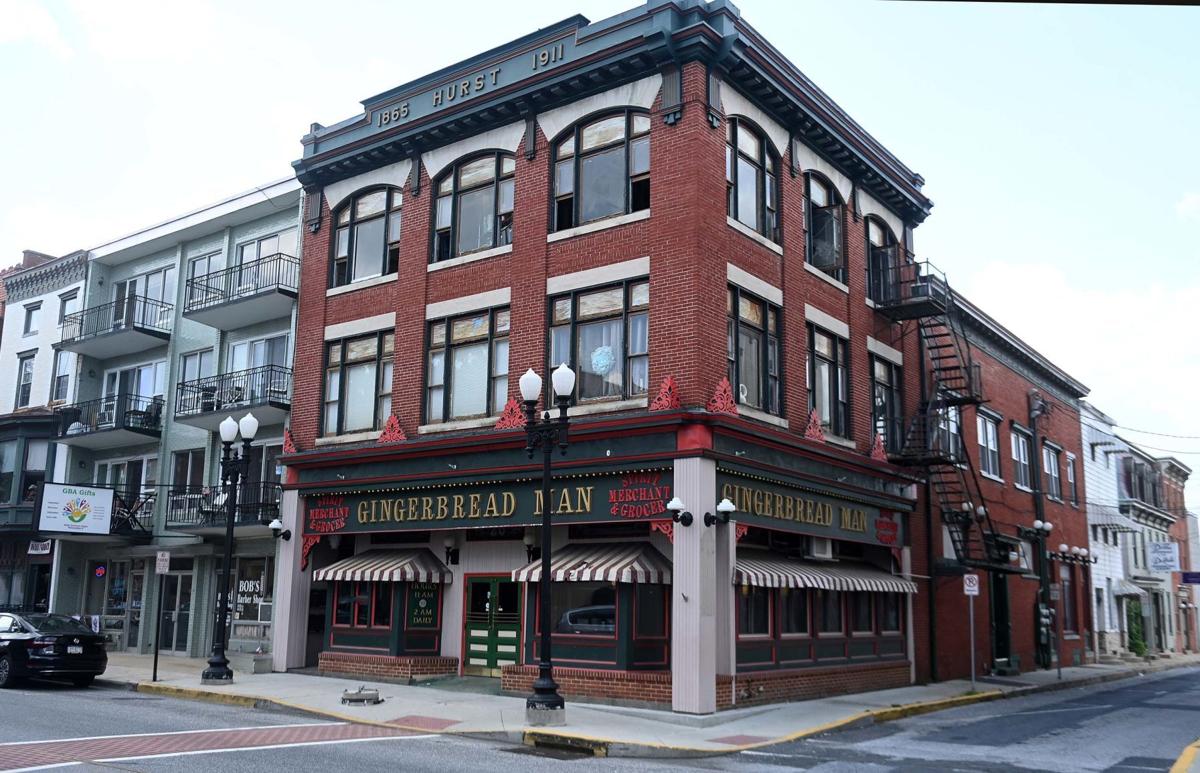 A growing downtown environment may give new life to the Gingerbread Man in Mechanicsburg. 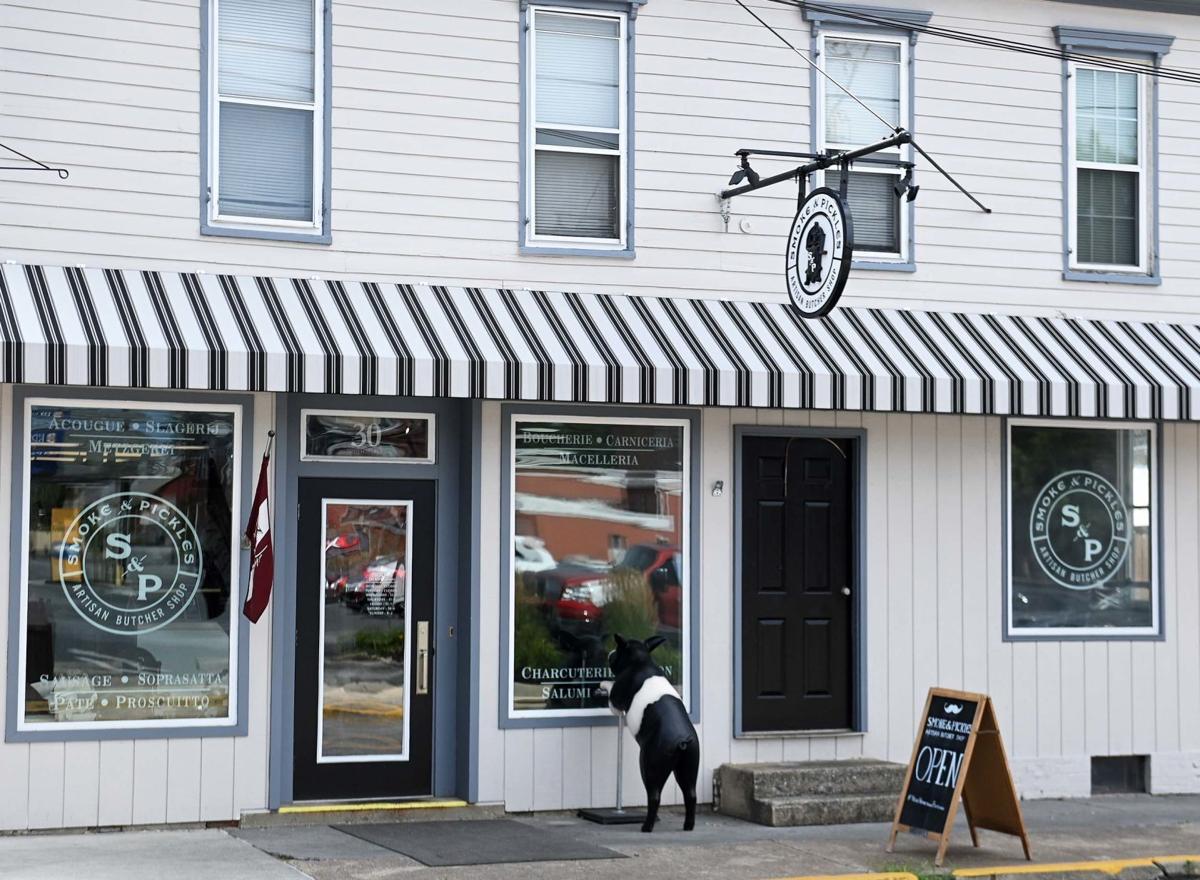 “If you had an X on the area’s next up-and-coming places, it would be Mechanicsburg. There are so many homes being built in the borough and its surrounding areas, just so much growth going on,” said downtown resident Richard Phelan, founding entrepreneur of the region’s Gingerbread Man restaurant chain.

In fact, Phelan, 77, currently is working to reopen and manage the Gingerbread Man at 26 W. Main St. following its closure earlier this summer after 42 years in business at the site.

Phelan’s daughter, Kymberly Thomas, and son-in-law, Greg Thomas, owned the business but decided not to renew the lease after divorcing. They are required to move out by July 31. Phelan, who owns the three-story building at 26 W. Main St., then decided he would reopen the Gingerbread Man, the chain he founded. At one time, 19 Gingerbread Man restaurants operated in Pennsylvania and Maryland.

“I own the building and I own the restaurant chain, and I still feel that I have the energy and heart to do it,” Phelan said.

Although a current state liquor license is in the process of being sold to Rutter’s convenience stores, Phelan said he is pursuing an economic development liquor license for his planned venue, according to Rebecca Yearick, downtown program services manager/communications manager for Cumberland County Housing and Redevelopment Authority.

“I’m a downtown-type person ... We want more breweries to open here. We want more wineries. We’re in the middle of everything here,” Phelan said last week.

Yearick has said Sign of the Horse brewery, out of Hanover, is reportedly interested in attaining a downtown Mechanicsburg location with three sites now under proposal, including the former Ritter’s True Value Hardware location at 25 W. Main St.

Dalicia Ristorante and Bakery relocated from midtown Harrisburg to 105 S. Market St. in the borough in January, even as most pandemic restrictions mandated by Gov. Tom Wolf remained in effect. The venue relocated to Mechanicsburg’s downtown corridor utilizing the borough’s loan program to help finance its purchase of a former church building for its site.

On June 23, the day Mechanicsburg’s COVID-canceled Jubilee Day street fair would have taken place, Dalicia instead hosted a ribbon-cutting celebration that was open to the community.

“Believe it or not, we had a really robust year here last year,” Yearick said.

During the borough’s 2021 New Year’s Eve Wrench Drop, Bob Buhrig opened Buhrig’s Gathering Place at 25 E. Main St., just doors away from Buhrig’s longstanding funeral home and crematory establishment at 37 E. Main St. Buhrig originally opened the full-service food and beverage facility to serve his funeral home’s patrons and guests because Pennsylvania prohibits funeral homes from doing so, but it has since expanded to accommodate a variety of event bookings.

Existing downtown merchants stayed afloat during the pandemic with support from Yearick’s organization, the Downtown Mechanicsburg Partnership, Mechanicsburg Chamber of Commerce, borough government, and the community itself, as The Sentinel reported last year.

As indoor dining remained banned, an outdoor dining area was established near the historic 1887 train station on Strawberry Avenue in June 2020 as a collaborative effort between local businesses and the Borough of Mechanicsburg. In tandem, the borough closed Railroad Avenue from Main Street to Strawberry Avenue each day from 7 a.m. to 9 p.m. while the hosting area remained open.

“Some things (in downtown Mechanicsburg) just had to adjust a little bit during the pandemic,” Palm said last week. “For example, Brittle Bark (50 W. Main St.) moved. As a result, its retail space got smaller, but its product storage area got bigger.”

Meanwhile, Sheila Frank Kauffman, who initiated her fashion design firm in downtown Mechanicsburg in 2017, returned to the area in January 2020 after reportedly relocating to Millersburg. Her business remains in operation today at 50 W. Main St.

“Downtown Mechanicsburg as a whole didn’t stop during the pandemic. Someone just hit the pause button. Now someone has hit play again,” Palm said. “There are still facilities available for development. As we get back to what we’re accustomed to now, I think people will discover there’s business opportunities in downtown Mechanicsburg. What is coming is a big splash.”

What the Future of the Post-Pandemic Restaurants Will Look Like

A year into the Coronavirus pandemic and it's still hard to tell what the new normal will be like, but when it comes to restaurants, there’s a…

Mechanicsburg Fire Chief Gary Neff said 13 people who lived in the apartments above the restaurant were displaced and receiving help from Red Cross.

Hong Kong to euthanize at least 2,000 animals after 11 test positive for COVID-19

Fake COVID-19 Testing Sites Are Popping Up Amid Omicron Surge

Fake COVID-19 Testing Sites Are Popping Up Amid Omicron Surge

Dalicia Ristorante and Bakery at 105 S Market St., is one of a number of new businesses in downtown Mechanicsburg.

A growing downtown environment may give new life to the Gingerbread Man in Mechanicsburg.