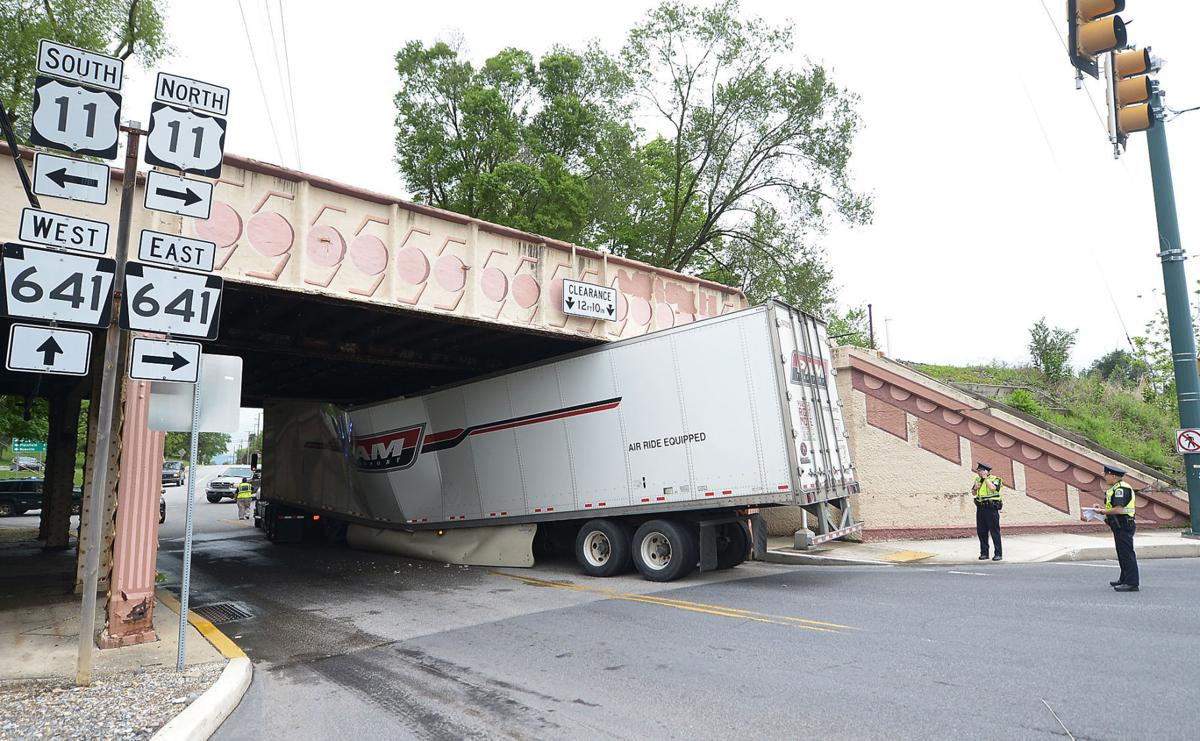 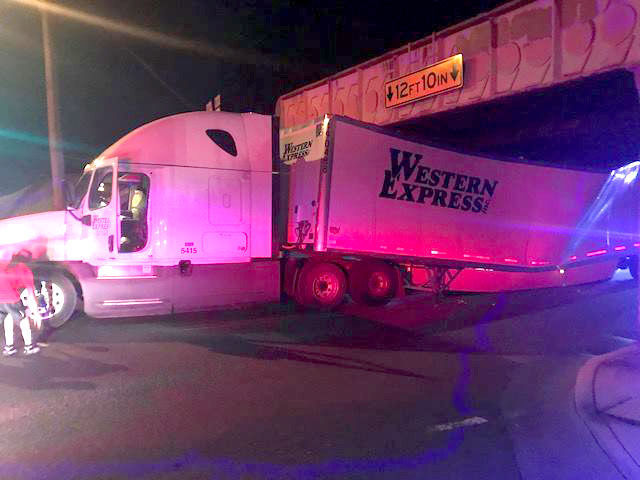 Carlisle Police were called to the railroad bridge around 4 a.m. June 8 for a stuck rig. 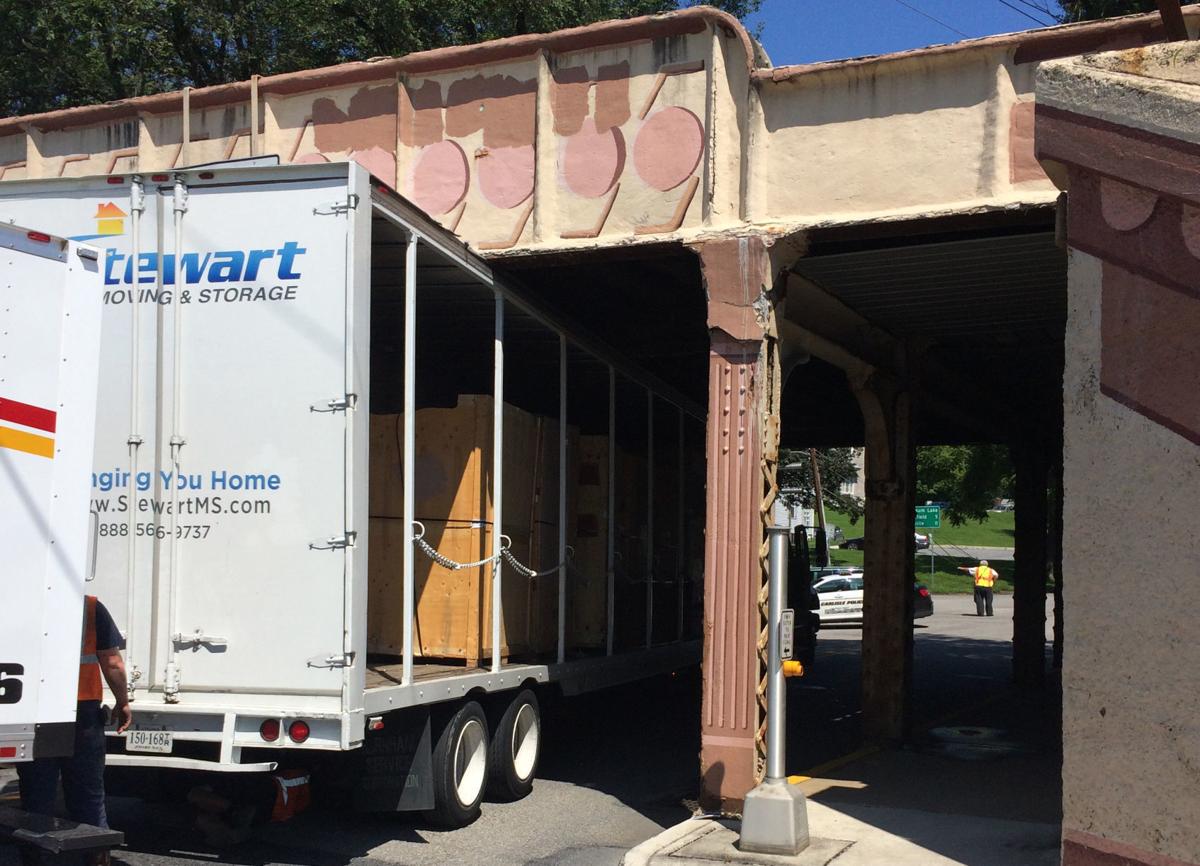 Carlisle Borough officials met with the PennDOT District 8 engineering team Wednesday to discuss the ongoing problem of trucks getting stuck under the bridge at Orange and West High streets, often referred to as the “subway” bridge.

“They understood where we were coming from and they couldn’t have been more cooperative,” Mayor Tim Scott said.

Scott said PennDOT crews will look at factors such as turning radius and elevation, among other things, to determine possible courses of action to mitigate the problem.

“We can’t eliminate it because you can’t control people’s behavior,” he said.

Scott said the borough has been keeping track of the incidents, compiling both photos and information from the drivers when available.

“We had decided a long time ago it was important to keep track of all this so that if we saw there was a pattern we could bring it to their attention,” he said.

Because the roads are state routes, any changes to the roads themselves would be at PennDOT’s discretion.

Ask/answered: A bridge too small, or a truck too big

In the past 26 months, 16 trucks have ended up stuck under the bridge. Nine of them were westbound and the other seven were eastbound.

While it is the trucks that actually become immovable that garner the most attention, the data from the borough shows a number of incidents over the past two years in which a truck hit the bridge and left the scene.

Also that day a westbound truck hit the bridge, ripping open the top of the trailer, which required the hand unloading of the freight and closed the road for seven hours.

Tractor-trailer vs. bridge in Carlisle: "The bridge just laughs at these trailers"

A truck got stuck in the subway at South Orange and West High streets Friday morning.

The most common reason for getting stuck is that the GPS told the driver to turn right from High Street, Scott said. This happens despite signs announcing the bridge height of 12 feet 10 inches that are posted on Ritner Highway, Newville Road and both sides of the bridge.

The average height of a tractor-trailer is 13 feet 6 inches, according the Federal Highway Administration.

Scott anticipates another meeting with PennDOT that will narrow the options, which could include flashing lights and additional warning signs that more specifically alert the drivers not only to the low bridge but also to the lack of space to turn around if the driver gets close to the bridge.

When representatives from Carlisle borough, North Middleton Township and PennDOT met recently to discuss the problematic bridge at Orange and …

Where it Stands: New signs at notorious Carlisle railroad bridge where trucks get stuck might be helping

It’s been quiet around the railroad bridge that runs over South Orange Street in Carlisle the past four months.

Carlisle Police were called to the railroad bridge around 4 a.m. June 8 for a stuck rig.