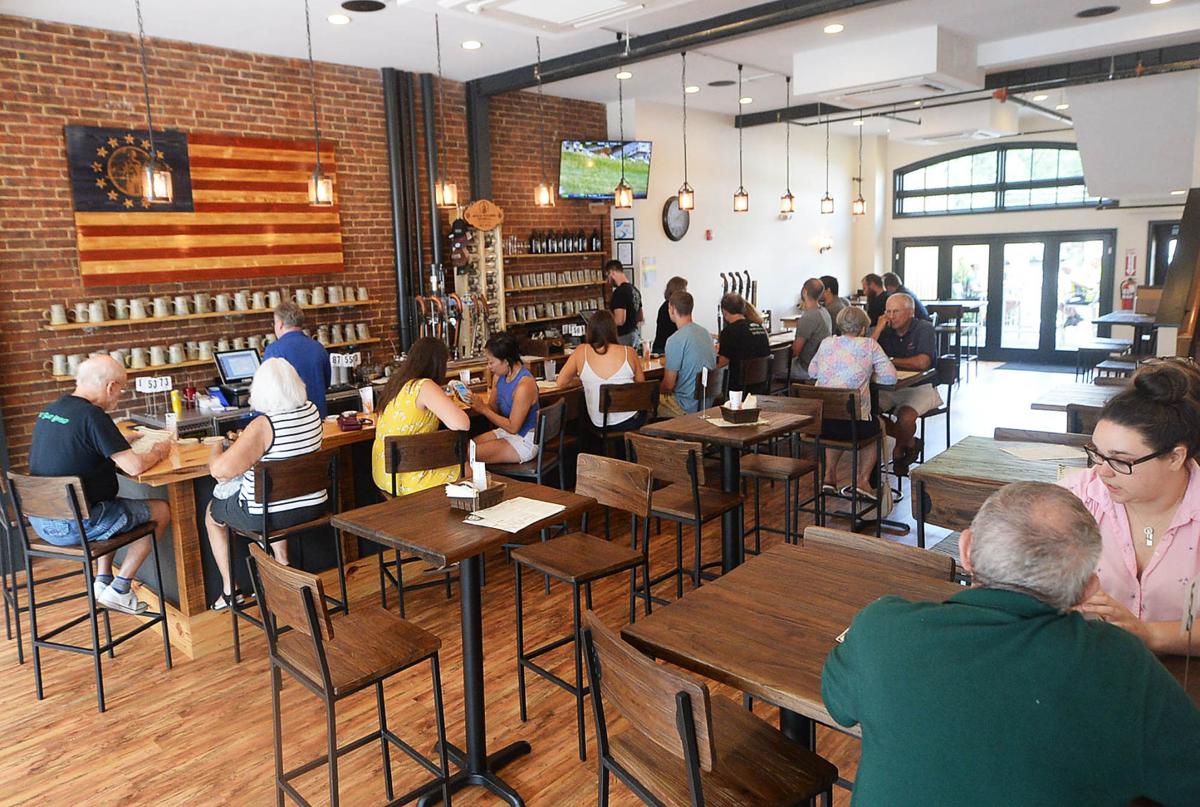 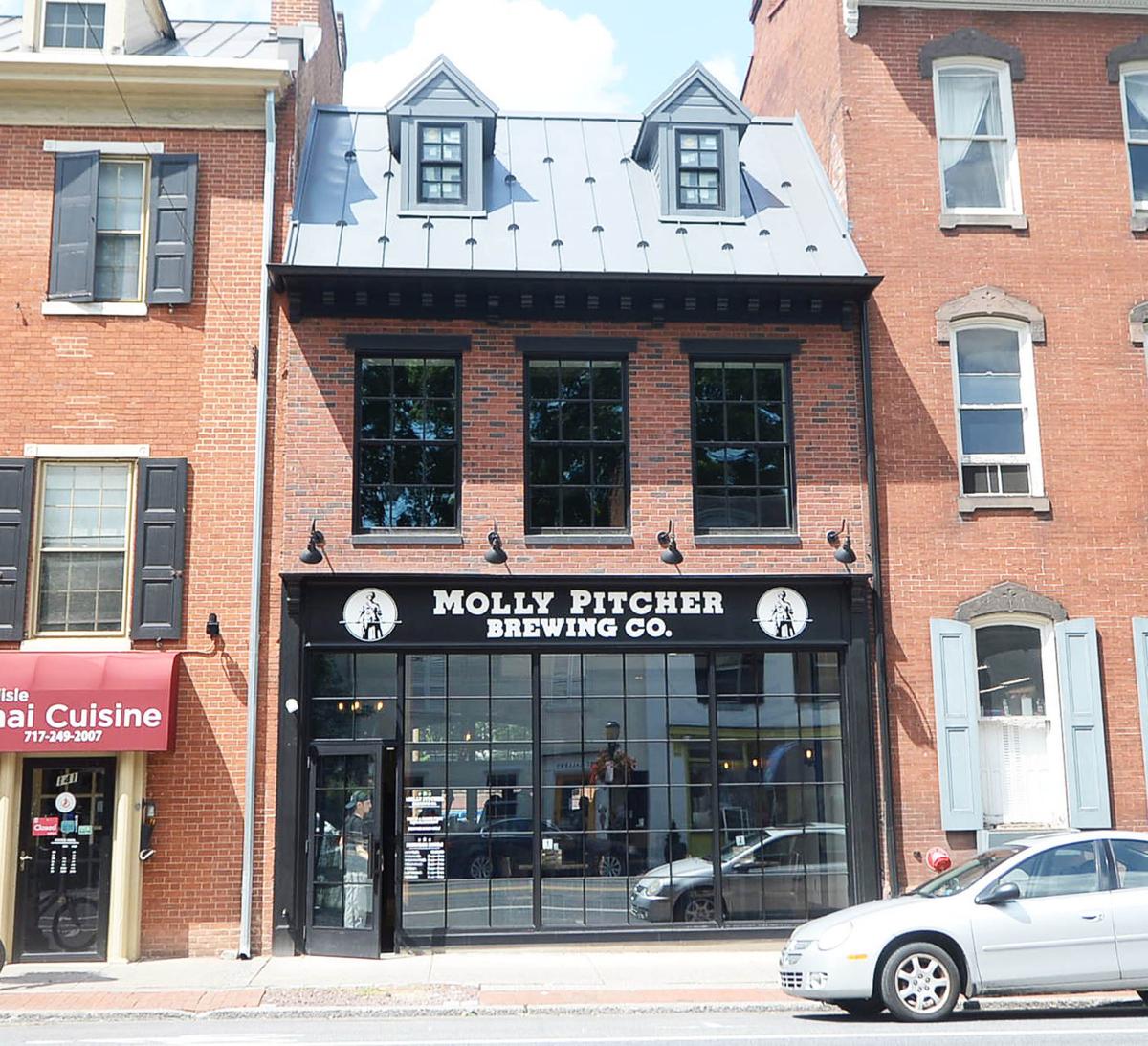 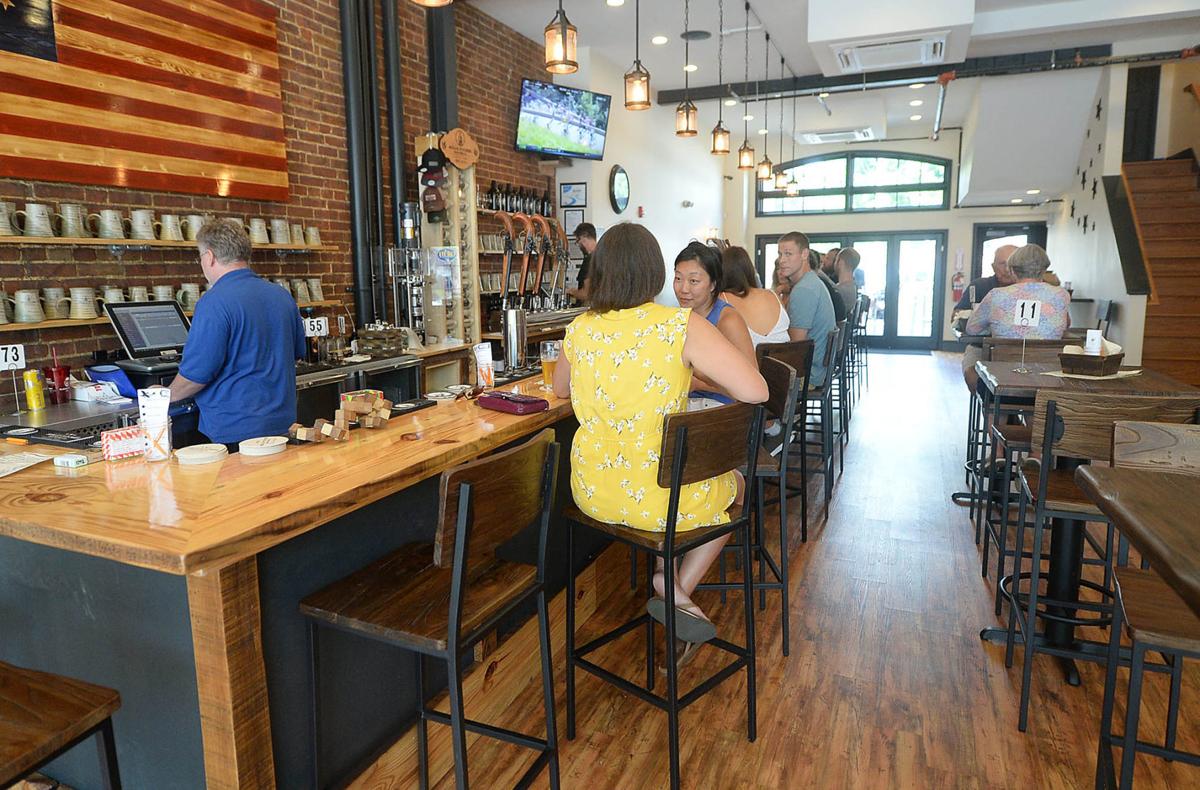 After months of peeking through the glass to watch the progress of renovations, fans of Molly Pitcher Brewing were ready when the new taproom opened its doors at 11 a.m. Wednesday.

“There was a line at 11. We were pleased to see that,” said Mike Moll, one of the partners at Molly Pitcher Brewing.

The brewery opened its first location in a converted auto dealership and garage at 10 E. South St., in September 2014. It didn’t take long for the partners to realize they would need a bigger location.

“One of the important parts for us was to carry over some familiar elements that people know from Molly Pitcher,” Moll said.

The taproom features Molly Pitcher’s familiar high tables, gun stock taps and color scheme with enough space for about 150 people when the second floor, which includes a stage and a second bar, opens in four to six weeks. Only the first floor and patio are open now.

The planned rooftop dining area is a project for next spring, Moll said.

“There’s no rooftop in Cumberland County right now. It will be a unique feature if we get there first,” Moll said.

Though still a “beer-centered” business, Moll said the taproom has a menu of food items created by local chef Matt Hicks. The menu features some vegan or vegetarian options, and other menu items can be modified to be vegetarian or vegan.

“We make everything fresh including the condiments,” Moll said.

The project started last summer. As with the renovation of any older building, there were surprises when walls started to be torn down. Addressing those structural issues slowed down the progress.

The partners were inspired to add the rooftop area in the middle of the design process.

“That required reworking of the plans, reinforcement of the roof structure to accommodate it. So that was another delay in the timing of the project,” Moll said.

Renovation of the new facility was funded in part by a $50,000 Carlisle Borough/Redevelopment Authority Commercial Revitalization Shopsteading Loan, which helped finance the kitchen and buy fixtures, furnishings and equipment.

The project also received a $24,000 streetview grant for its facade work.

The building is owned by Caprice Properties, and features a full-glass front and carriage house doors to the rear that open to a plaza for outdoor seating.

“They have a good vision for downtown, and we were happy to be part of it with them,” Moll said.

Moll recognizes the building is “a bit of a showcase” space that has the potential to anchor the block for further development.

“My hope is that more restaurants come in, more retail spaces come in that fit what downtown Carlisle wants to be,” he said.

No Christmas parade for Carlisle this winter, but other activities are planned

The parade was called off for 2021 due to funding cuts at the Downtown Carlisle Association, which organizes the parade.