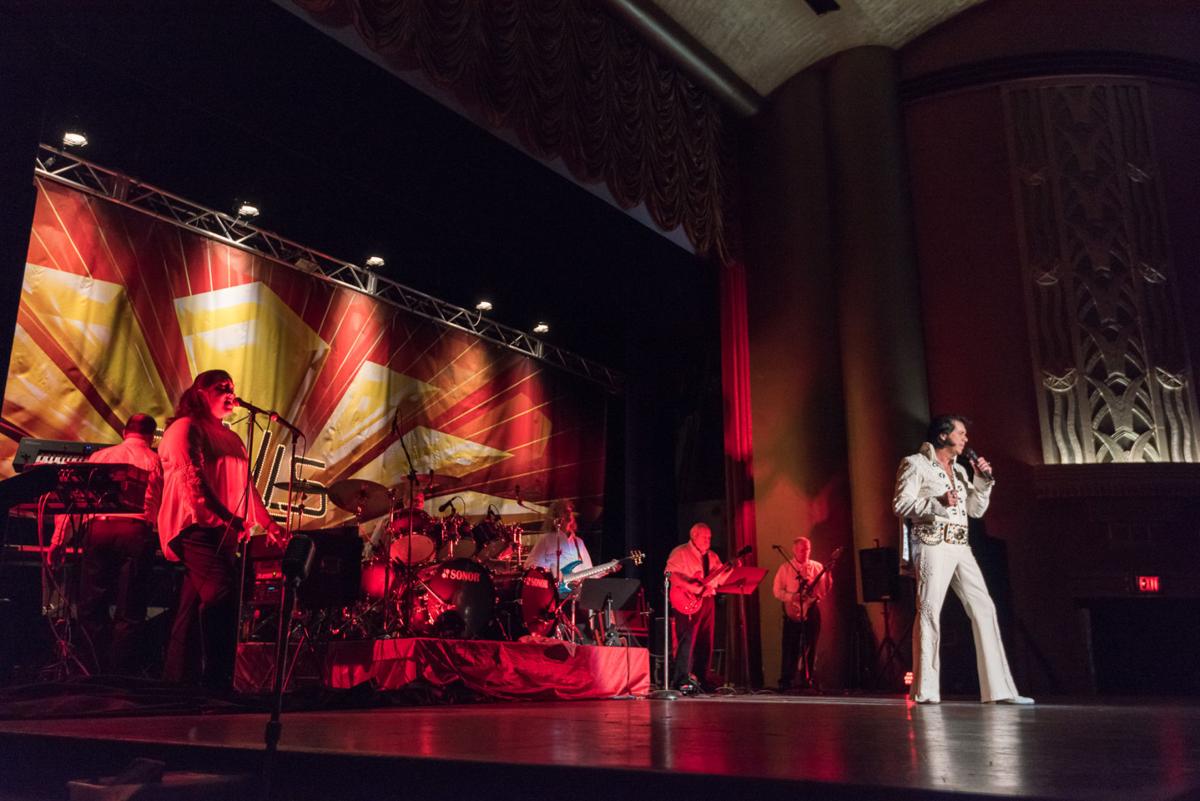 Brad Crum performs as Elvis in the Carlisle Theatre Sunday during First Night. 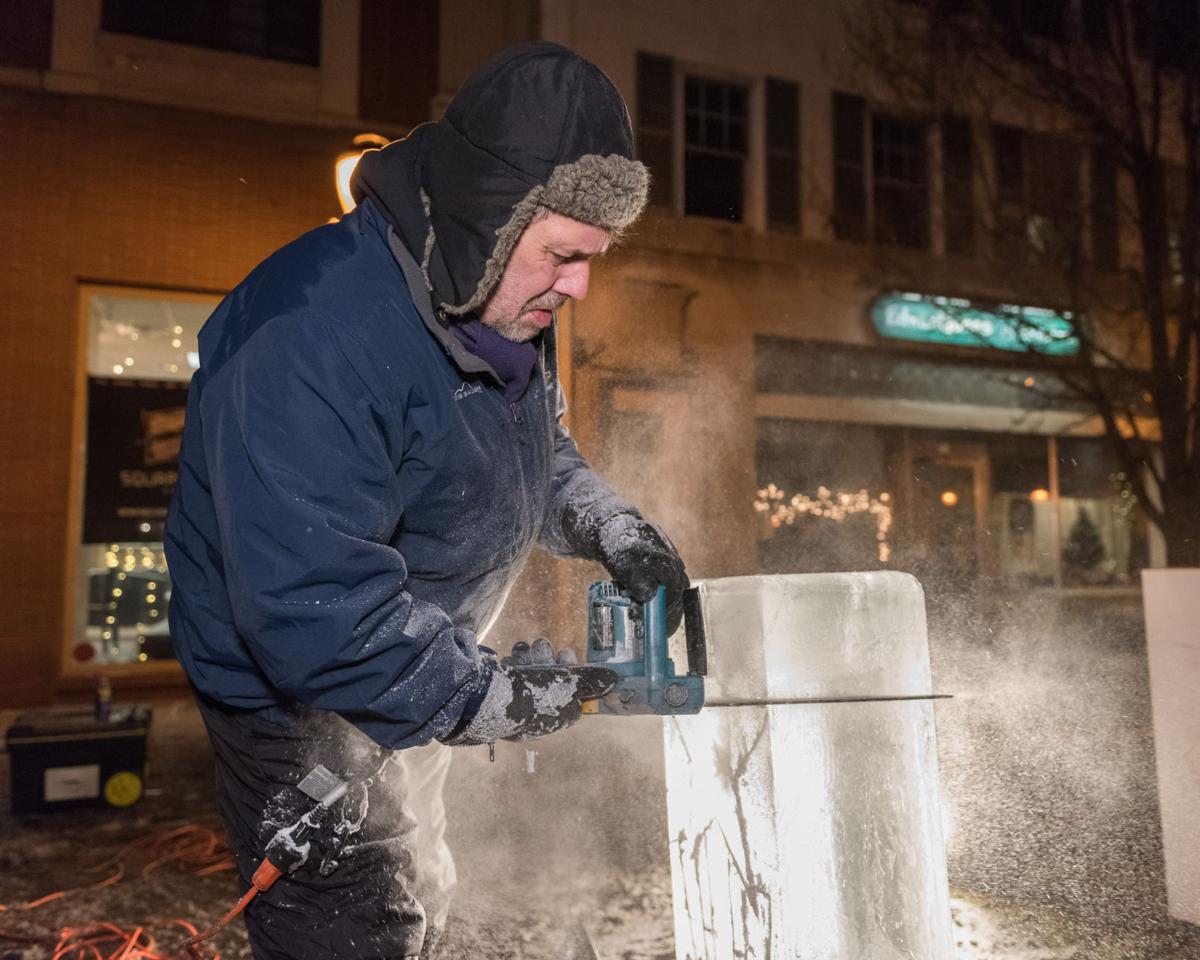 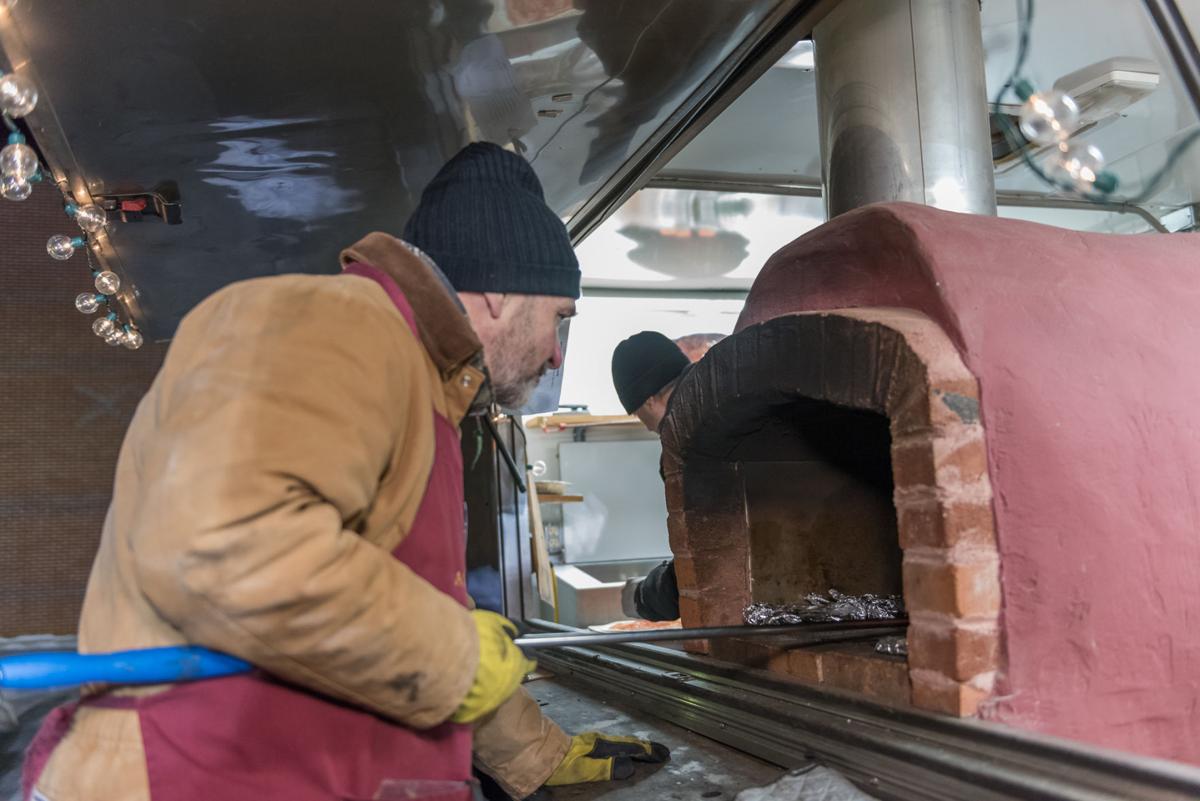 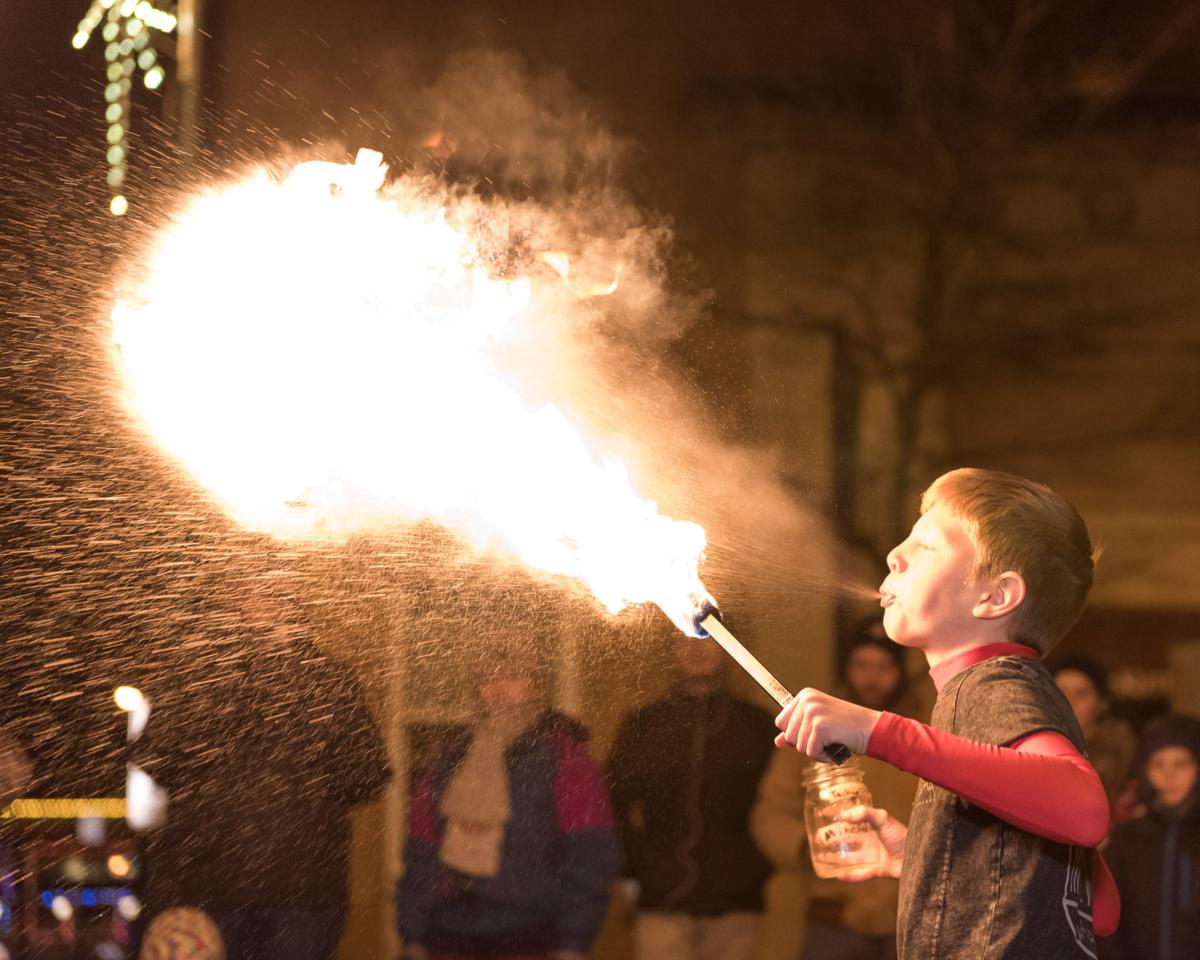 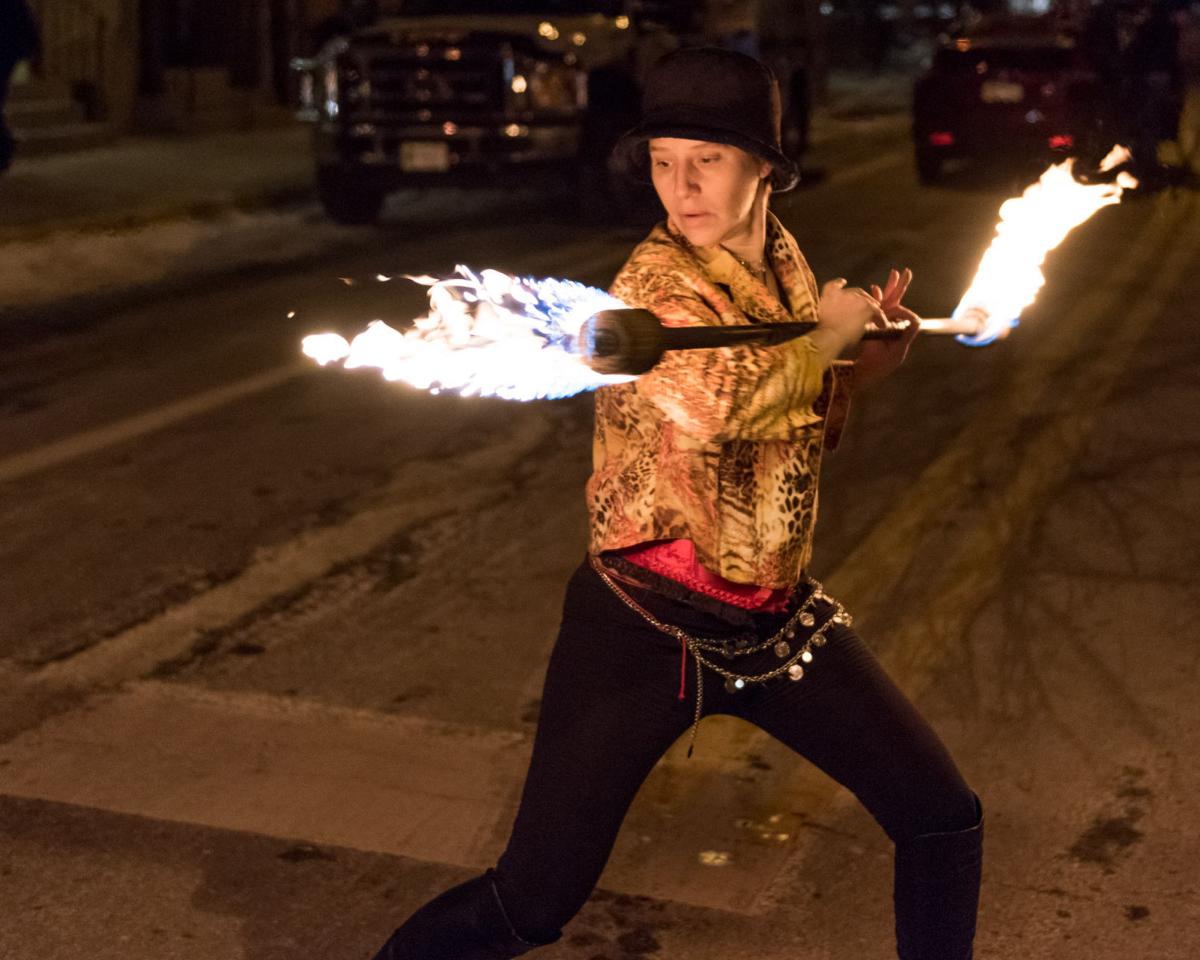 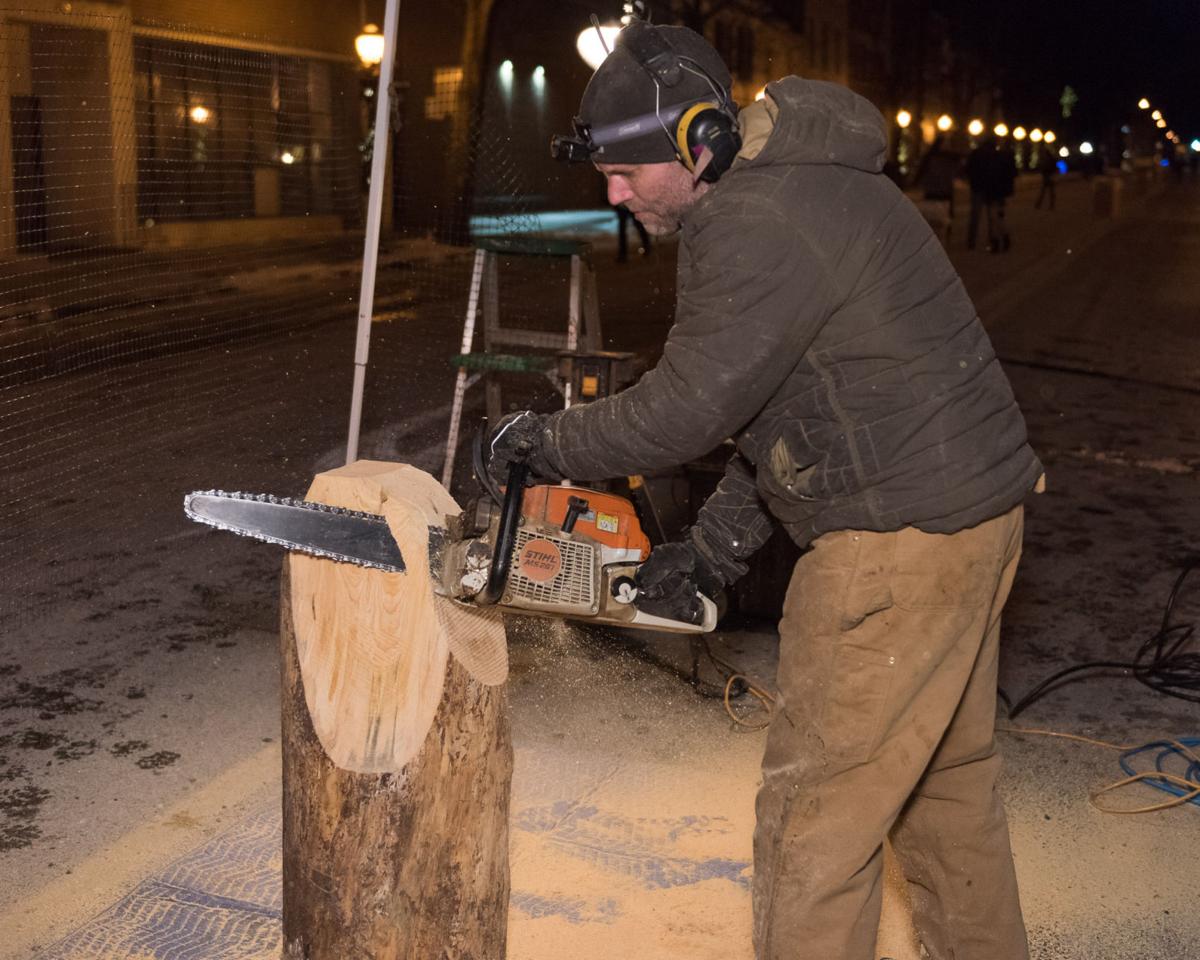 Brooks Abeln begins to carve an Eagle with a chainsaw at First Night Carlisle. 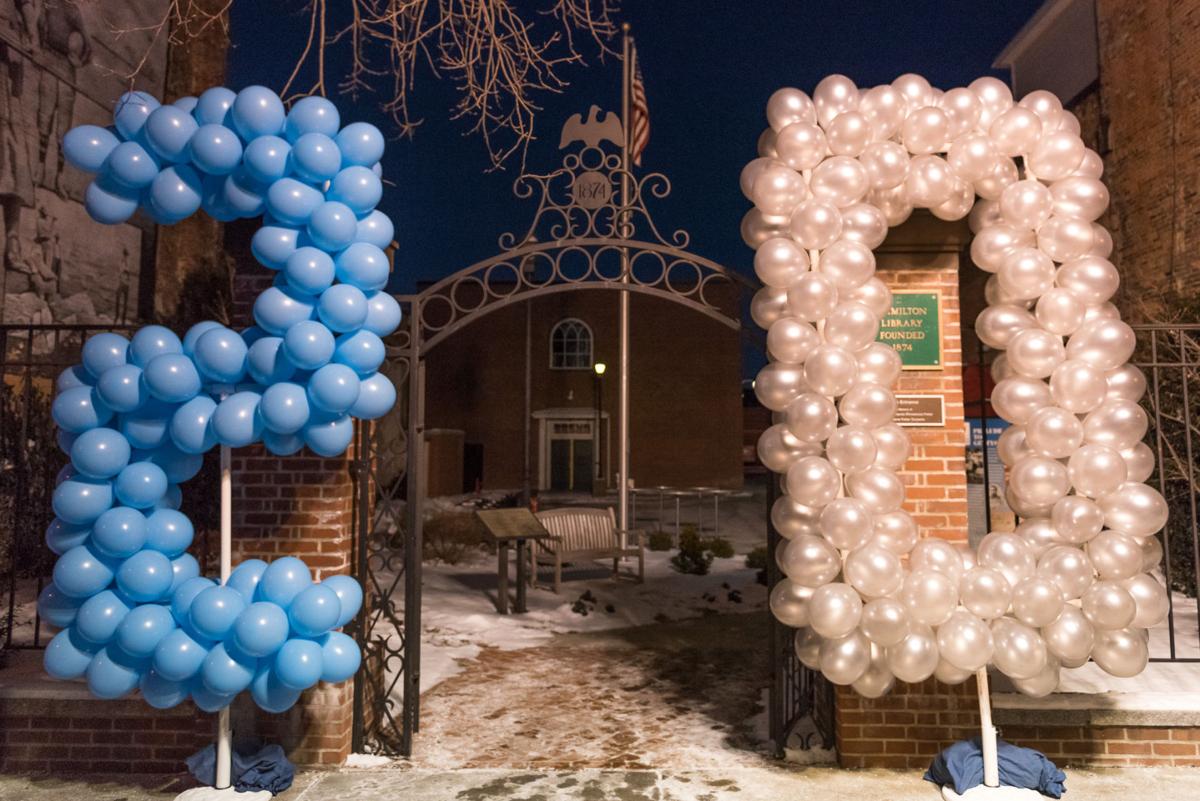 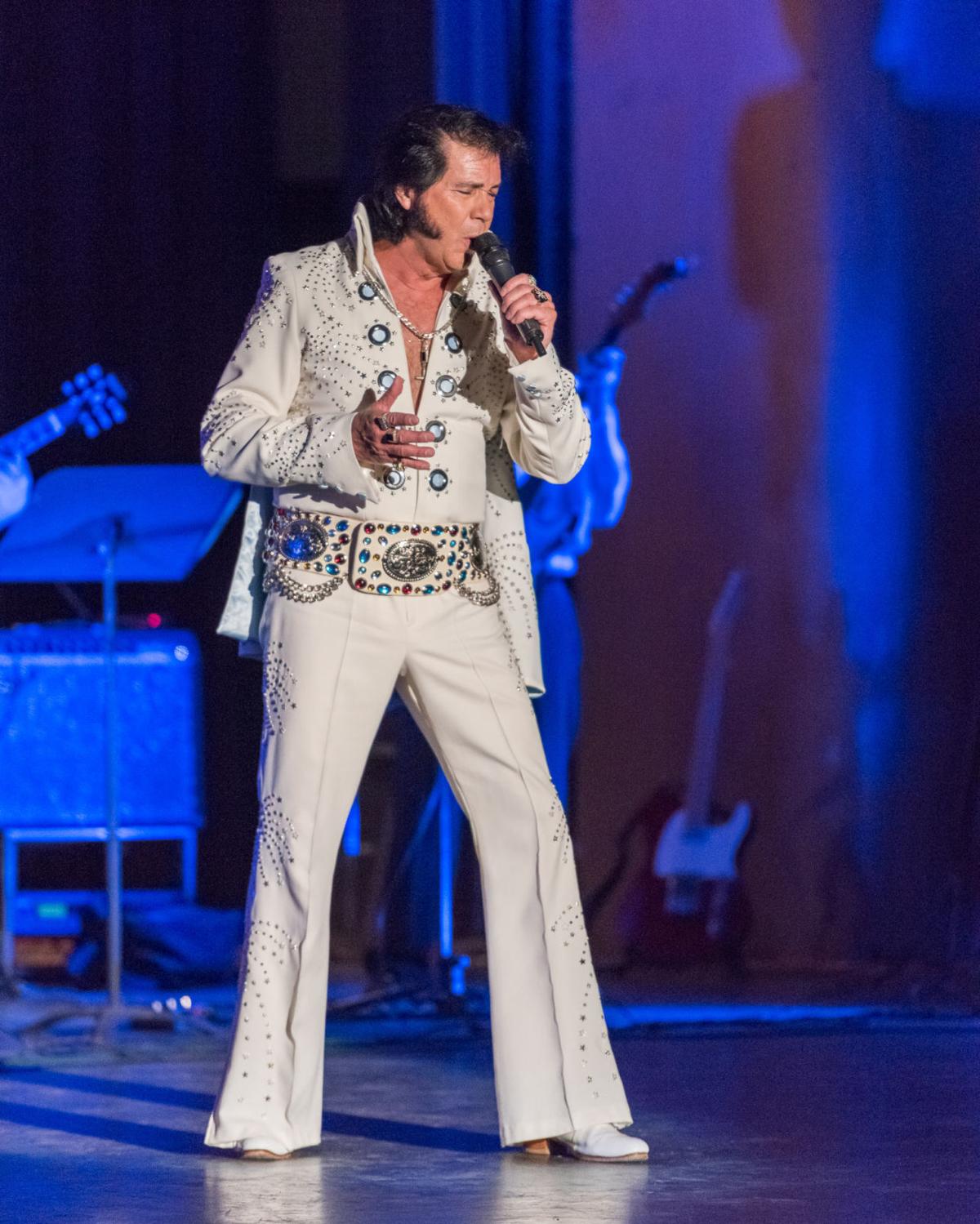 Brad Crum as Elvis entertains a crowd at the Carlisle Theare Sunday night. 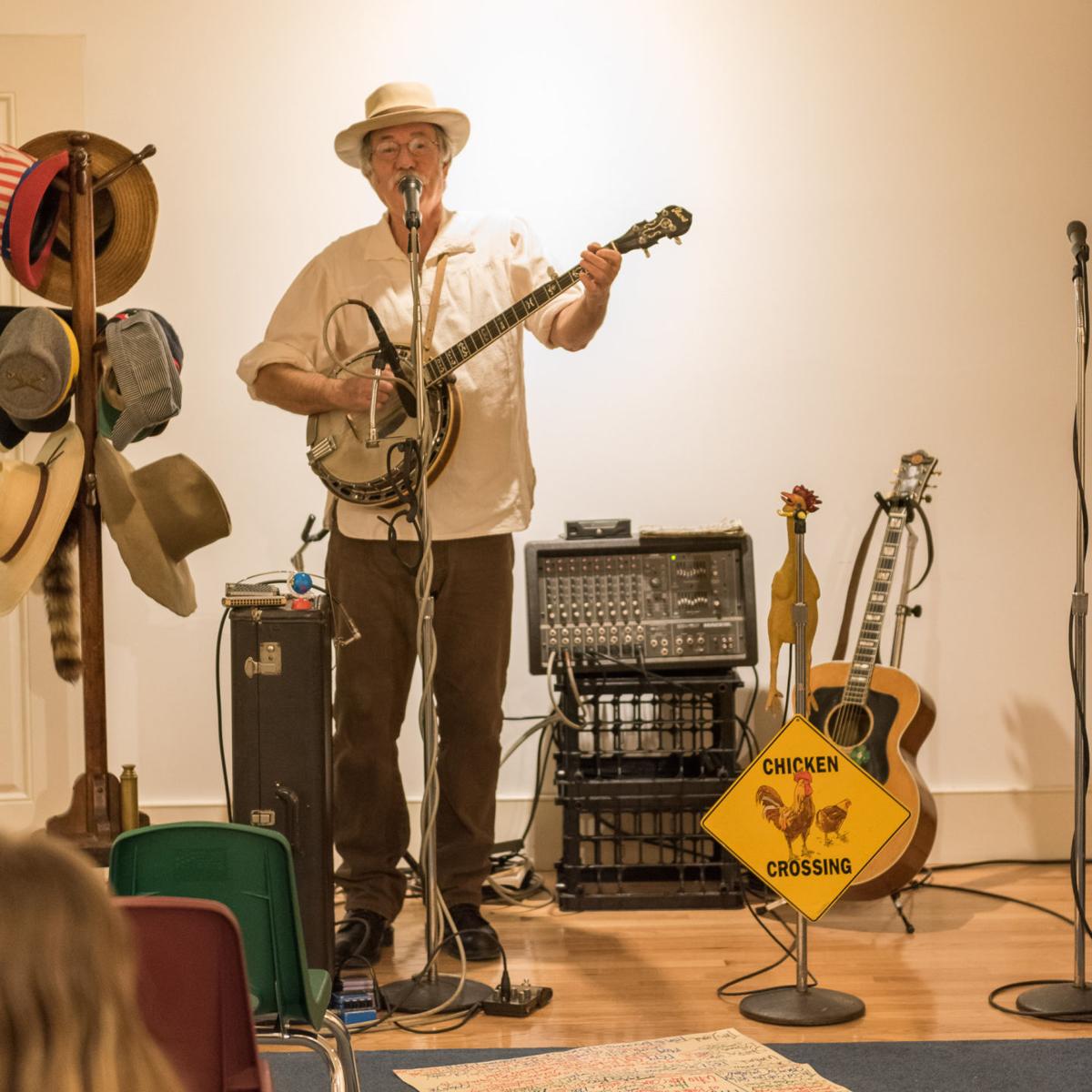 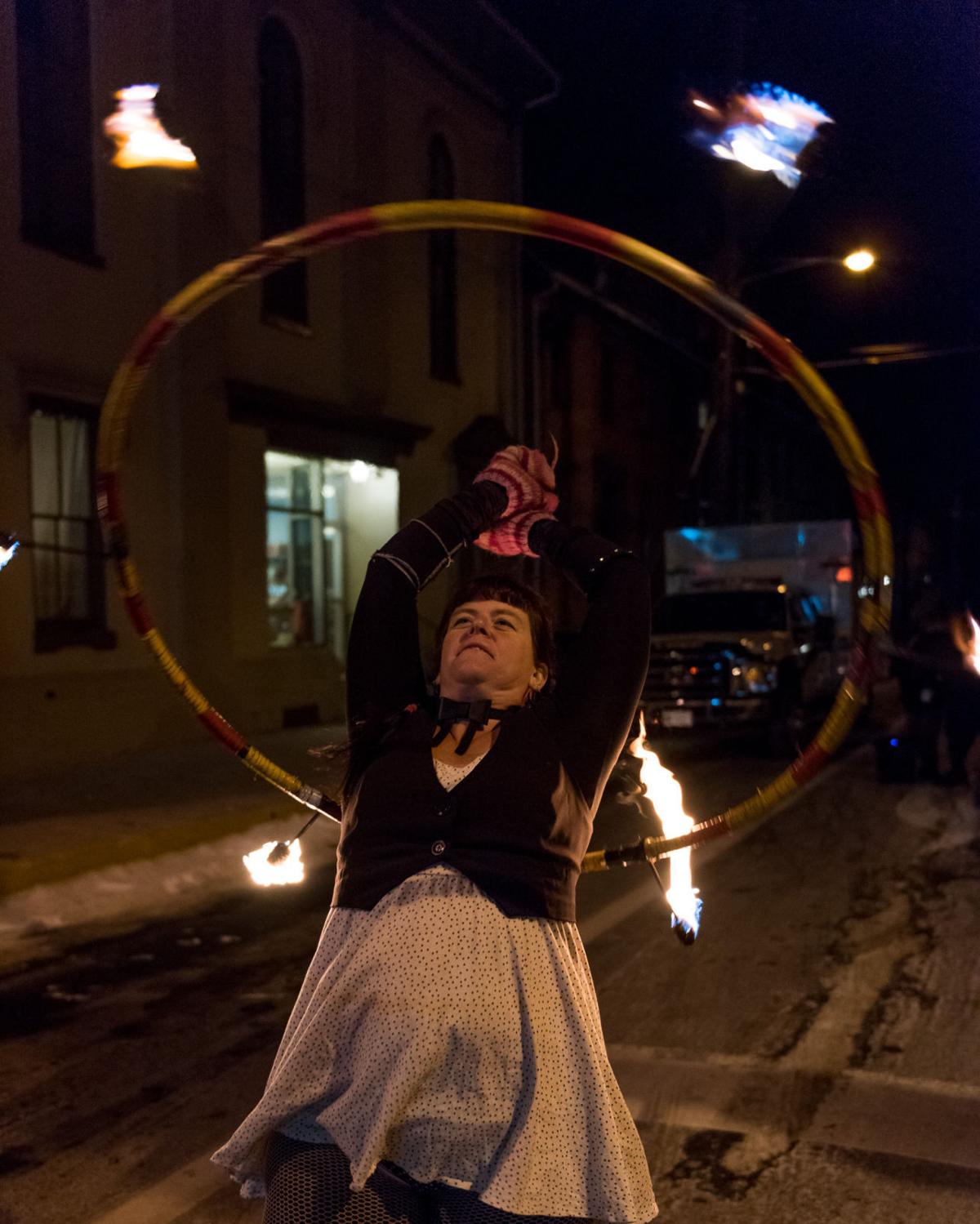 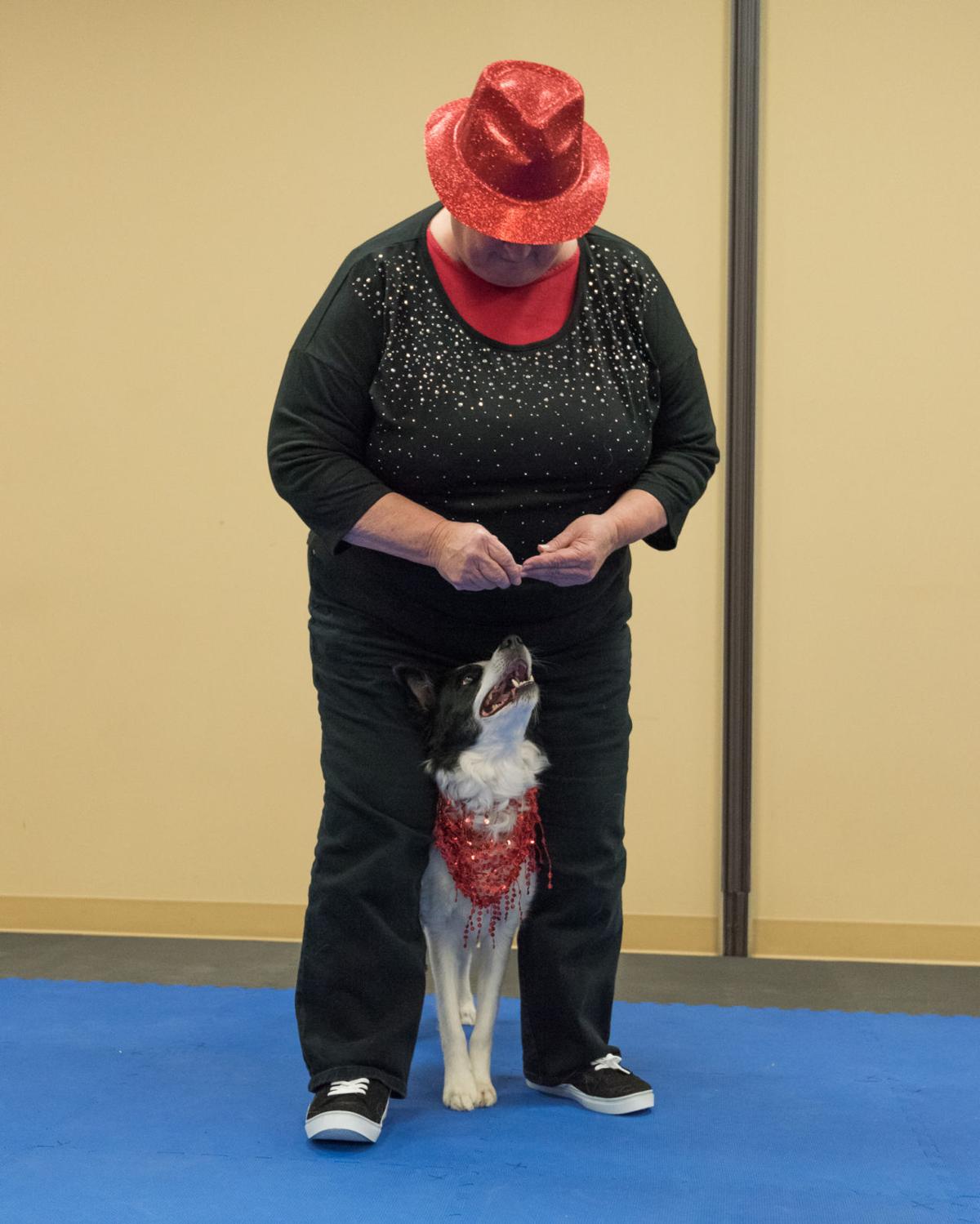 Multiple locations in the borough hosted musical acts and performances throughout the evening Sunday. West High Street was closed to vehicle traffic between West and Hanover Streets to allow attendees to roam freely between venues in the downtown core.

“It seems like a great turnout so far, especially considering the temperatures,” said Amy Routson, chair of the First Night Carlisle committee. Attendance at the early performance of Elvis impersonator Brad Crum at the Carlisle Theatre was comparable to previous years, Routson said.

A steady flow of revelers moved in and out of the centrally-located theater, seeking a brief respite of warmth as they moved between musical venues.

“We were on the fence about coming out because of the cold, but I really wanted to see the Celtic Martins perform at St. John’s,” said Beth Hinton of North Middleton Township as she perused a schedule with her husband, Hal.

“Anything going on downtown, we’re big supporters of,” Hal added.

St. John’s Episcopal Church, as well as St. Paul’s Lutheran and Carlisle United Methodist, hosted performances in church halls throughout the night. Spaces at Dickinson College, the Cumberland County Historical Society and Bosler Memorial Library were also home to several events, as well as Create-a-Palooza on East High Street, the Comfort Suites on South Hanover, and the old county courthouse on the square.

“We might not stay out as long because of the cold, but we always come out. It’s just fun,” said downtown resident Heidi Burcher.

Temperatures Sunday night dipped into the low teens and likely the single-digits. While many long-time attendees said this was the coldest First Night they could remember, downtown resident Dennis Hurley said it had been worse.

“There was a colder one, maybe eight years ago,” Hurley said. “I don’t remember exactly, but I remember being out here when the thermometer was even lower.”

“We’ve had a pretty good turnout, maybe because it is so cold,” said troop member Noah Ollestad. “We make pretty good money on the hot chocolate, and people are very generous with donations as well.”

The scouts work in two-hour shifts so that no one is outside on their feet for too long.

“It does get to be a bit of a challenge,” Ollestad said. “This is definitely the coldest one I remember.”

First Night attendees could also draw on a scrapped Volkswagen Beetle that had been coated with chalk paint. The car was part of the midnight fireworks display for the second year.

The Exchange Club of Carlisle in June announced it has selected its Youth of the Year from three local high schools.

“Without the support of United Way, it would have been nearly impossible to run our program properly,” said Jeanna Som, the part-time director of SPY.

Water main work wrapping up on B Street in Carlisle

In an update posted Monday, Carlisle borough officials said crews are finishing a water main replacement project that goes from the intersection of B and West Streets east to Fairground Avenue.

Brad Crum performs as Elvis in the Carlisle Theatre Sunday during First Night.

Brooks Abeln begins to carve an Eagle with a chainsaw at First Night Carlisle.

Brad Crum as Elvis entertains a crowd at the Carlisle Theare Sunday night.