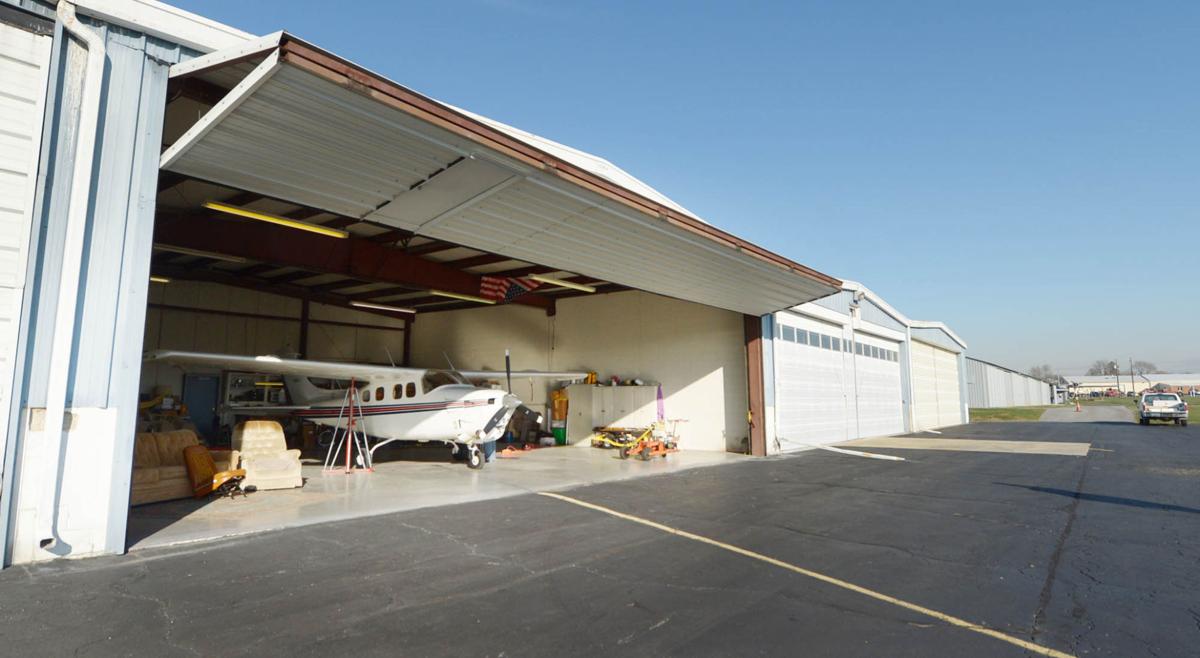 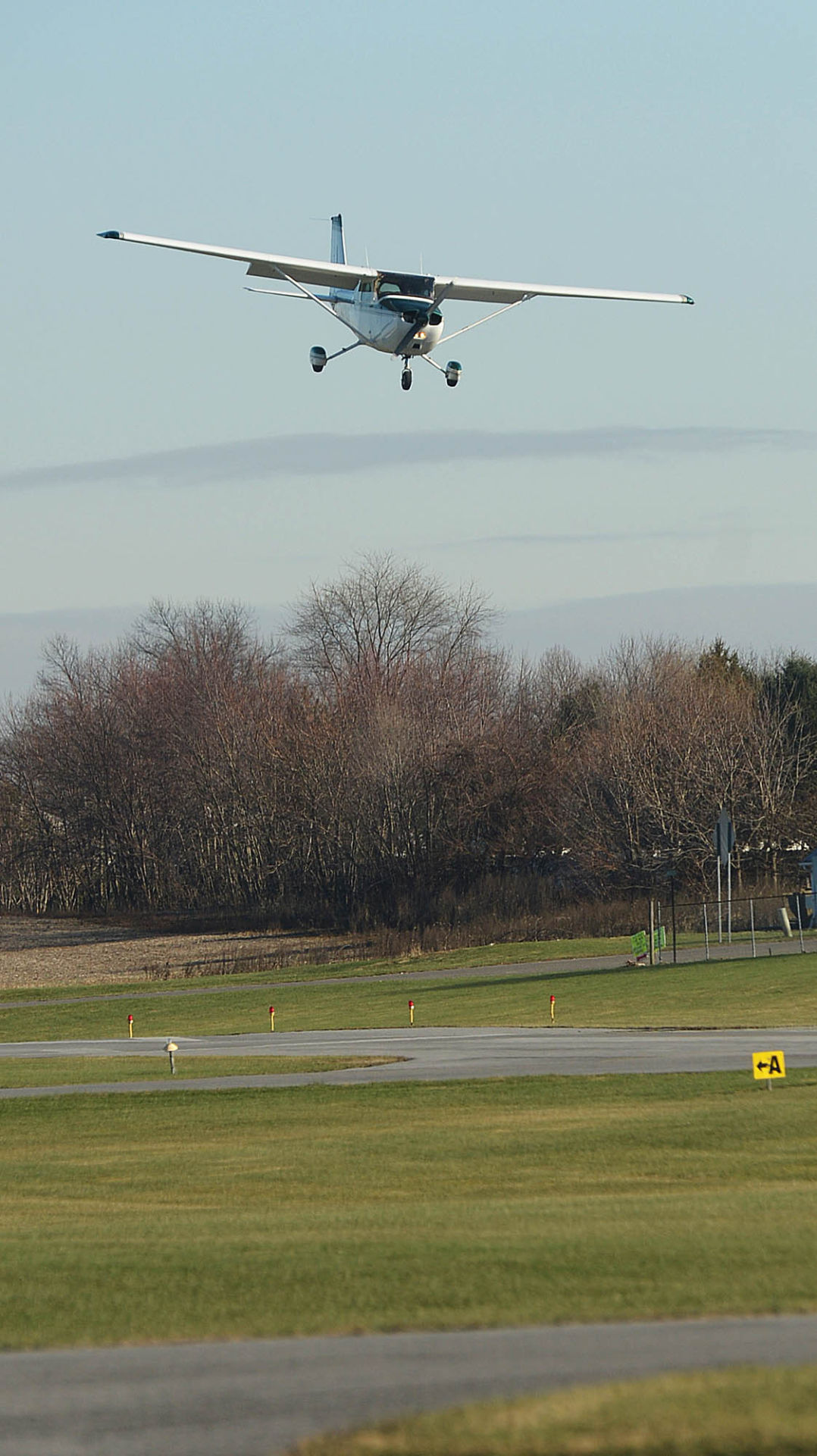 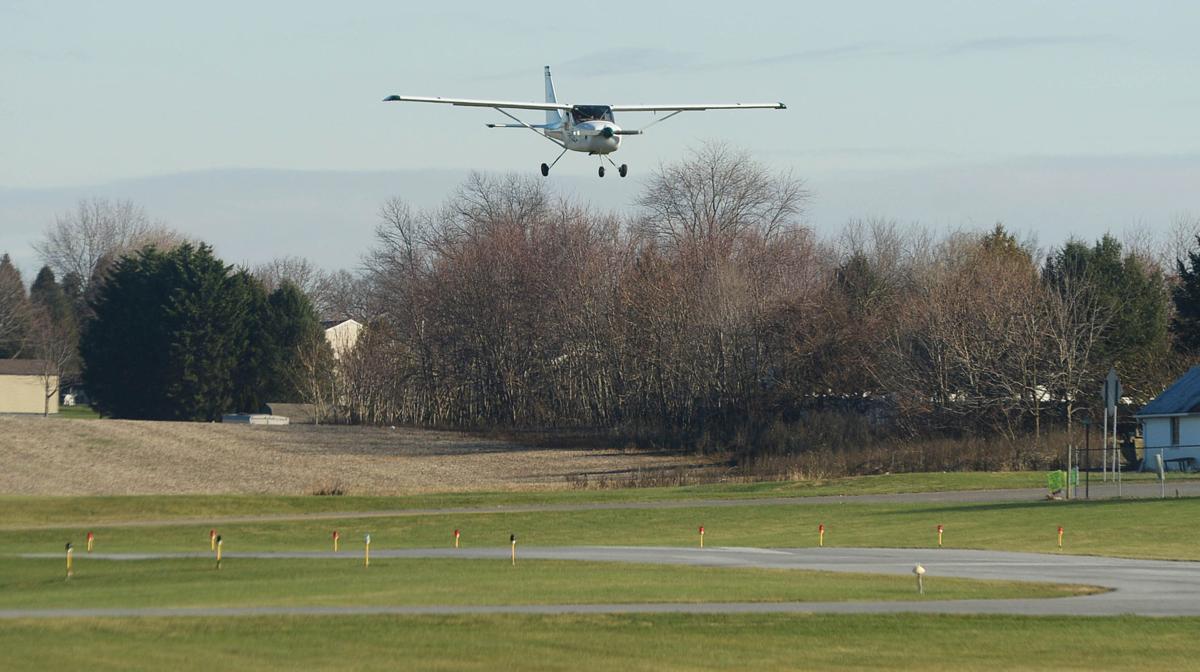 Aside from being a recognizable trademark for the area, the Carlisle Airport also serves a purpose for the economic development of both Carlisle and Cumberland County.

Airport activity alone generates about $3.8 million annually, and visitors flying in spend roughly $235,700 in the community, the study said.

Kuna also noted that the airport provides the right proximity to Three Mile Island and Peachtree nuclear power plants to serve as a hub in case of an emergency. She said it is not too close during a potential catastrophe but close enough to help provide aid.

Carlisle Mayor Tim Scott agreed with Kuna on the importance of the airport economically to the region.

“I do believe it’s an important asset to the greater Carlisle community and Cumberland County as a tool for economic development,” he said. “Corporations looking to relocate in the area might look more favorably on us if they knew there was small regional airport with all the amenities that they can use to fly their executives in, rather than flying commercial.

“I’d also encourage the exploration of a public-private partnership either with the surrounding municipalities or the county to help with expansion and strategic planning for the future of the airport,” he added.

Scott is referring to when CAEDC in 2013 approached the seven shareholders of the Carlisle Airport with the idea of transitioning the facility to public ownership, which would provide opportunities for federal funding for capital improvements that are currently not available for private airports.

“As we continue to come out of the recession, a general and corporate aviation airport is a viable asset to attract visitors coming to the area for leisure and business travel,” CAEDC CEO Jonathan Bowser said. “The asset of the Carlisle Airport aligns well with CAEDC’s Strategic Plan as it relates to business attraction, retention, expansion and tourism development.”

For the airport to become public, its seven current owners must develop a municipal or local authority that is willing to purchase and run it, according to Jimmy Kingsborough, one of the seven shareholders and operations manager for the airport.

Once the owners find a municipal or local authority buyer, the new entity will then need to seek approval from the Federal Aviation Administration, as well as from PennDOT’s Bureau of Aviation, which Kingsborough said he didn’t see being an issue. After that, the new owners would be able to apply for federal funds, which come from any of the taxes in the aviation industry.

“As the fastest growing county in the Commonwealth, we envision public ownership of the airport to pursue major renovations of existing buildings and runway expansion, and to be a catalyst and economic hub for Cumberland County,” Bowser said. “Its central location, and close proximity to I-81 and major corporations and tourism assets, makes the airport a viable asset for future economic growth and opportunity.

“With undeveloped land adjacent to the airport available, additional opportunities exist for economic development that compliments the airports expansion and redevelopment,” he added

That expansion Bowser mentioned is the $3.95 million project set to be completed by 2020, which would see the construction of a corporate aircraft hangar, a medevac hangar and a new terminal building.

Kingsborough believes that area residents understand how important the airport is economically, and said he wants to make sure “the airport continues to be successful because it’s going to continue to support the area.”

“If you take the airport away, you just lost a huge catalyst in Cumberland County,” he said. “Imagine Washington closing Dulles (International Airport), it’s a larger scale, but that’s how important airports are to local economic development.”

Tyler Miles is a news reporter for The Sentinel covering Carlisle and the health section. Follow him on Twitter @SentinelMiles or email him at tmiles@cumberlink.com.

"Many of us feel that this is not an appropriate action at this time, especially given the fact that we are in the middle of a pandemic," Councilor Deb Fulham-Winston said.

The fiber optic network, Glo Fiber, will offer ultra-high speed bandwidth with symmetric upload and download capacity for internet customers that can be bundled with cable television and telephone service.

Hosted by Destination Carlisle and Georgie Lou’s Retro Candy, the annual event takes children ages 12 and under on a stroll through downtown to collect candy from participating businesses.

“Keep It Small Saturday,” or KISS Carlisle, debuts May 1 in place of Downtown Carlisle Association’s (DCA) First Friday series which offered themed events on the first Friday of the month during the summer and fall for the past 33 years.

Applications for the program are due by April 10. The first cohort begins classes on April 12, and a second cohort will start during the second week in May.

The half-mile walk features six wayside markers that explore the college’s connections to slavery from its founding to the renaming of a residence hall last year.

Kenn Tuckey of 3T Investors believes the exterior appearance of the former church buildign can be maintained while transforming the inside into an as-yet-to-be determined space.

The Greater Carlisle Community Responders Network (CRN) teamed up with the Carlisle Community Action Network for a walk that began at St. Paul Lutheran Church at the corner of Louther and West streets and ended with a rally at the square.

Letters of support will be sent to Cease Fire PA and to the Pennsylvania Municipal League to be used in their efforts to advocate for gun control measures in the state General Assembly.

Issei Noodle will open a primarily drive-through restaurant at 36 Erford Road in Camp Hill this summer, according to Donna Pham.