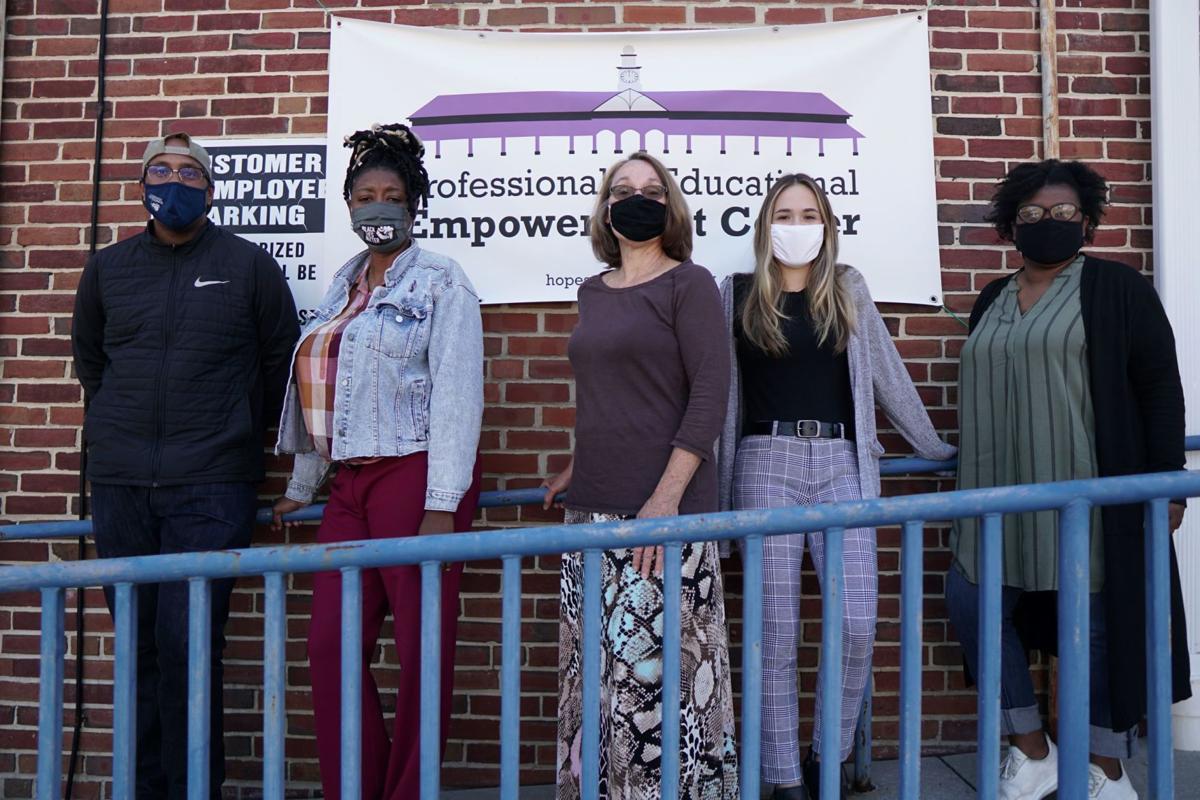 Hope Station staff, from left, Jason Diggs, Tomeka McDonald, Mary Moll, Michaela Crow and Safronia Perry, are preparing to open the Professional Education and Empowerment Center at the site of the former Cyberspace. 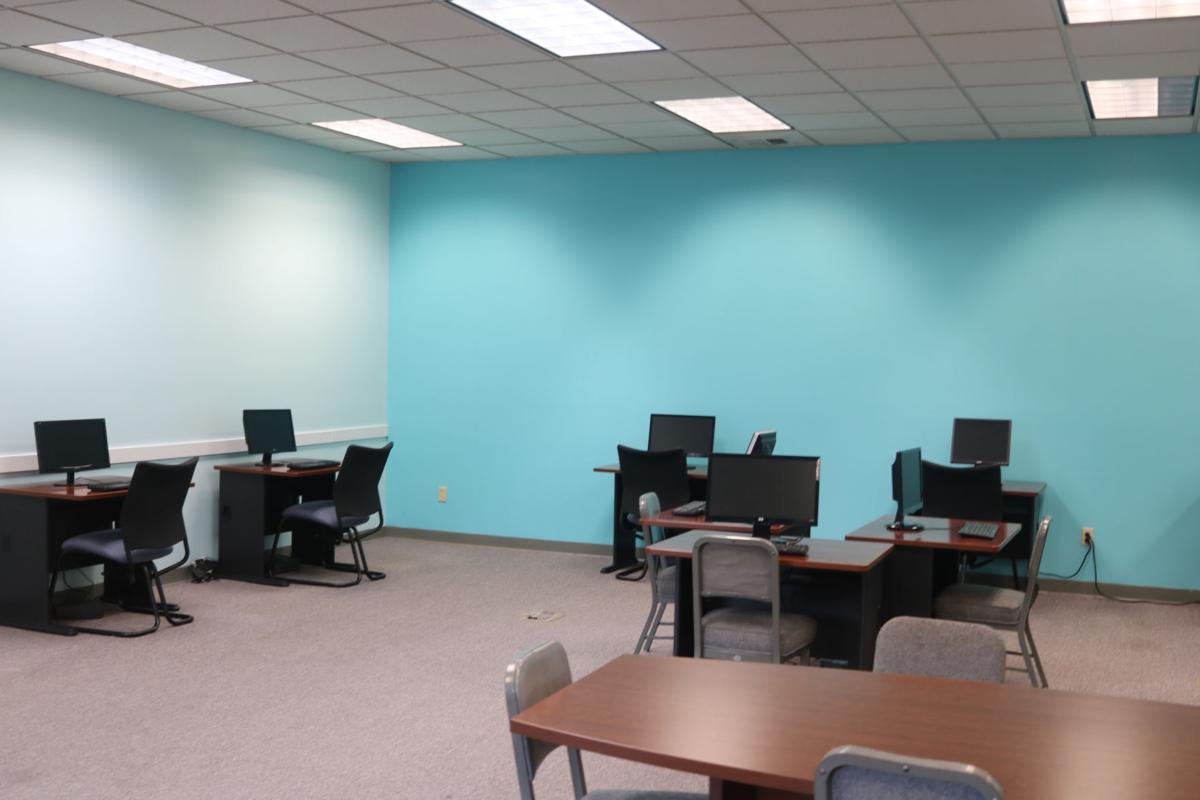 Hope Station's Professional and Educational Empowerment Center is in the building that once housed Cyberspace.

The building formerly known as Cyberspace at 219 N. Pitt St. in Carlisle reopens next week under new leadership and with a new vision.

Founded in 2001 as a means to bridge the digital divide, Cyberspace was started with the assistance of the Cumberland County Housing and Redevelopment Authority and managed by YWCA Carlisle until 2009. The authority then took full control over the space.

Cyberspace closed in November and plans were underway for its reopening when the coronavirus pandemic hit.

Next week, the building will reopen as the Professional and Educational Empowerment Center and will be operated by Hope Station as it seeks to expand its programming to adults.

An open house planned for 5 to 7 p.m. Thursday will give the community its first look at the redesigned space. PEEC will open to the public the following week from 9 a.m. to noon on Mondays and Wednesdays and from 3 to 6 p.m. on Tuesdays, Thursdays and Fridays.

“That will be a great celebration of the community partners and volunteers that we’ve had working with us and made it possible,” said Michaela Crow, PEEC’s programming director.

Hope Station added staff to manage its new enterprise. Mary Moll has been hired as the part-time community support associate, and was charged with various tasks, including working with the Cumberland County Housing and Redevelopment Authority on acquiring the computers and with Dickinson College on a technology grant. Crow was brought on as a full-time program director through an Americorps VISTA grant that Dickinson College helped secure. Tomeka McDonald serves as program assistant.

Dickinson College is just one of the partners to come alongside Hope Station in its new venture. Perry said they are also working with Employment Skills Center, CareerLink, Cumberland Area Economic Development Corp., Community CARES and others.

One of the first classes to be offered in the space will be a financial management class with Maranatha, a financial guidance ministry that helps families and individuals achieve and maintain financial stability so they can live independently.

“We have some great things that are going to be happening here,” Perry said.

While Cyberspace was an open computer lab, PEEC is more focused and purpose-driven toward professional and educational development, Moll said.

Moll said the timing is right for the transformation as people will need to retool and gain new skills as a result of jobs that are changing due to the pandemic and the state of the economy.

PEEC’s direction will be shaped, in part, by a community needs assessment to determine what programming is desired and can be offered, Crow said. PEEC has partnered with Dickinson College to translate the survey into Arabic and Spanish to reach as many people as possible.

The center will also take on some of the services that the community has traditionally looked to Hope Station for, including printing and faxing. The space will also be available for community organizations to hold training and events.

“We wanted people to be comfortable and know this is under Hope Station,” Perry said. “This space is for the community.”

After a thorough cleaning, staff and volunteers set about reshaping the physical space to match its new vision. Interns placed with Hope Station through the Dickinson College Center for Civic Learning and Community Engagement worked on the logo, the name of the new center, grants and even researched interior paint colors, Moll said.

“They’ve done a really great job in here,” Perry said. “If anybody was to walk in here right now, they would see how different it looks.”

Thanks to a technology grant, the space will feature new computers with medical grade keyboards and mice as an extra step to keep patrons safe as PEEC reopens during a pandemic and at the start of the flu season.

In light of COVID, Crow said access to the center will be limited to those who are 18 or older, but that they hope to expand later to allow more ages to use the space. Masks and social distancing will also be required.

Applications for the program are due by April 10. The first cohort begins classes on April 12, and a second cohort will start during the second week in May.

Hope Station staff, from left, Jason Diggs, Tomeka McDonald, Mary Moll, Michaela Crow and Safronia Perry, are preparing to open the Professional Education and Empowerment Center at the site of the former Cyberspace.

Hope Station's Professional and Educational Empowerment Center is in the building that once housed Cyberspace.