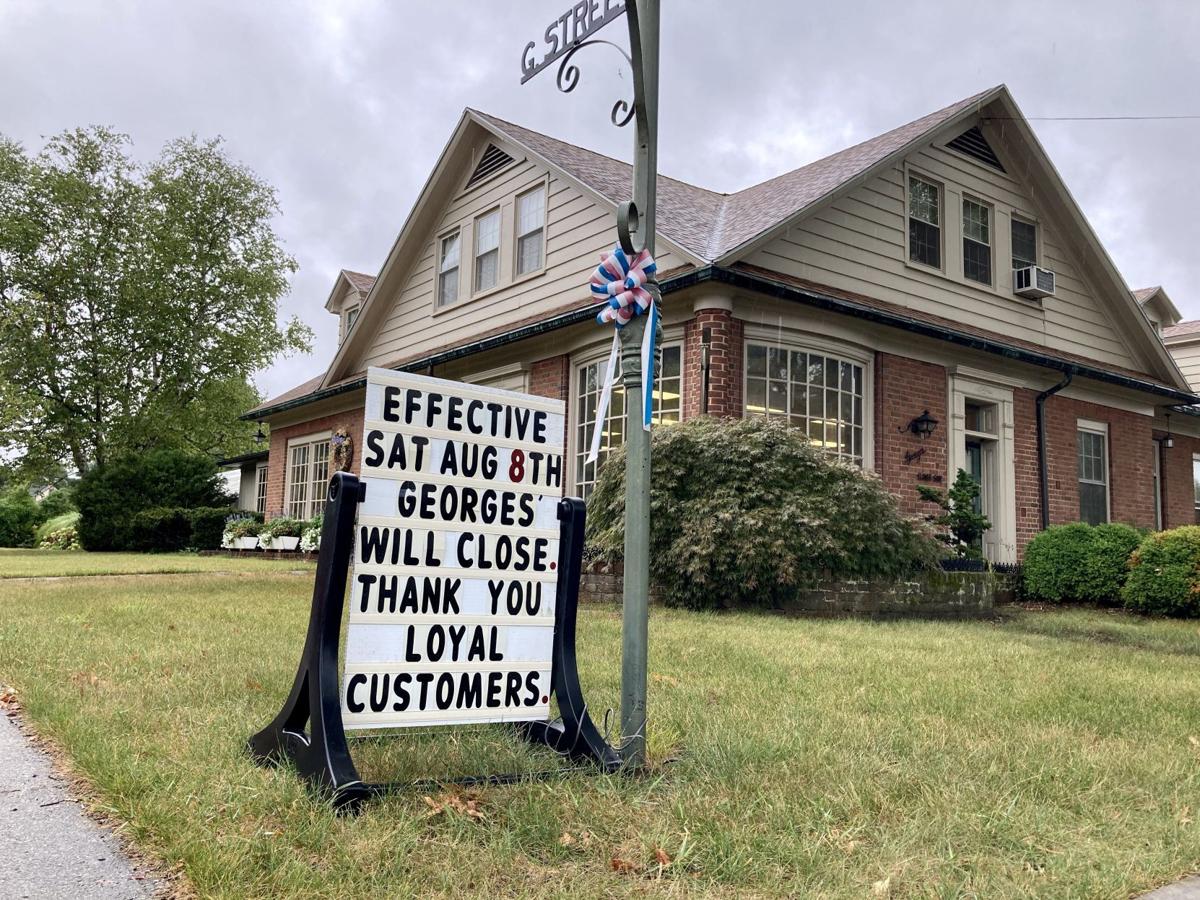 George's Flower Shop at the corner of Pitt and G streets in Carlisle will close Saturday after 110 years in business. The closure follows the death of owner Jimmie George last December. 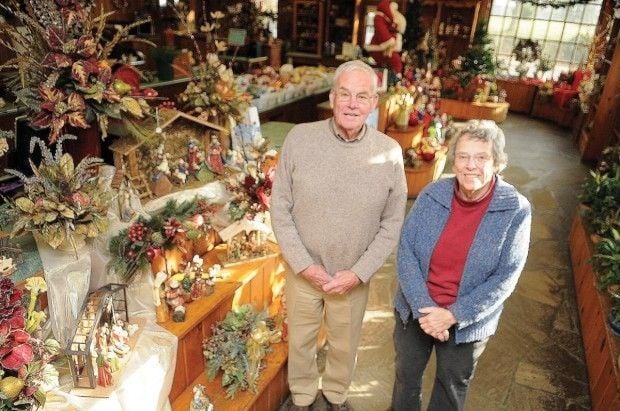 George's Flowers will close this week for the final time after 110 years in business.

Doug George said the family made the “emotionally difficult decision” to close at 1 p.m. this Saturday.

“With our father’s sudden passing last Dec. 18, it felt like an era had ended,” George said. “None of my sisters, brother or I envisioned ourselves being in the role of our father.”

Remembering a community leader: For many, 'Jimmie George was Carlisle'

George said nothing gave his father greater joy than to show up at a person’s doorstep to deliver a flower arrangement. People were often surprised that he, as the owner, was the one out doing deliveries, but Jimmie George loved that part of the business.

“We knew our father felt like one of the luckiest people alive to do what he did every day,” George said.

Though his generation of the George family ultimately pursued careers outside of the flower business, George said that wasn’t the case when he, his sisters and brother were younger.

“Every holiday, we all put in lots of hours, but there always seemed to be an excitement and energy with each holiday that didn’t make it seem like work,” George said.

The family worked through Christmas 2019 without Jimmie and continued on through Valentine’s Day, Easter and Mother’s Day alongside the shop’s longtime staff, savoring what turned out to be their final holidays at the shop.

“It was a bit of a goodbye for us. I don’t know that we knew at the time it was goodbye,” he said.

George said he and his siblings deliberated with his mother, Rosalie, who had also been part of the shop’s operations through the years, to make the decision to close. Many of the shop’s employees are semiretired or retired, and George said the family would assist them through the closing.

For now, no decision has been made about the property.

Business is Blooming: Carlisle florist ready for busiest day of the year

The final day of business will come as the shop is still closed to in-person operations due to the COVID-19 pandemic, but George said the shop had weathered the crisis. It closed completely for a brief time under Gov. Tom Wolf’s orders, but reopened for deliveries when the guidelines were changed to allow contactless businesses to resume.

“COVID had its impact, but the flower business is lucky,” George said. “Flowers, when you can’t be with someone, is a way of reaching out to them.”

That emotional connection to its customers is what makes the flower business special, whether it was making sprays for funerals, last-minute apology bouquets for a spouse or providing arrangements for events. George said he hopes that when people remember George's Flowers they remember what all of his predecessors tried to do — put out a creative, quality product.

The truth, though, is that when Carlisle residents of a certain age think about George's Flowers, they will remember Jimmie George and his sister, Nancy, and their family members before them who were the heart and soul of the flower shop.

Chance brought the first of the George family from Scotland to Carlisle by way of Boston. William George was what they then called a gardener. Today, he would be known as a horticulturist. Following in his own father’s footsteps, William helped manage the grounds of a large estate.

Like so many other immigrants, William and his wife, Jane, came to America by ship in steerage in the late 1800s. After working for a time in Boston, a fellow Scotsman encouraged the couple to join him in Carlisle.

The couple bought a home at G and North West streets, put in a couple of greenhouses and opened William S. George and Sons Florists. The business expanded in 1949 to the current shop location at the corner of Pitt and G streets, where George said “generations of outstanding employees" worked to serve the area’s flower needs.

George thanked the community for its support over the past century.

“Words can’t fully express the gratitude the George family feels toward the Carlisle area for its support, both customers and employees, over the many decades,” he said. “Time passes and things change like the vacant lots in Carlisle that were once large factories. The passing of our family’s business will now be one of those changes.”

Carlisle sees closure of other businesses

This summer, Carlisle has also seen the closure of another longtime business.

Blosser's Brew Thru on East High Street closed in July after years of being listed for sale. Incorporated as G.C. Blosser, Inc., the business served the Carlisle community for more than 65 years.

Alibi's Eatery & Spirits is also apparently closed permanently. According to its Facebook page, the restaurant closed due to the spread of the coronavirus on March 17. That was the last post made on the page.

Alibi's had been the subject of speculation concerning its reopening for weeks, but has recently been listed for sale as a turnkey restaurant with an asking price of $495,000.

The district said it is following recommended guidance with disinfecting the building and following protocols laid out in the district's Safety Reopening Plan.

'Be a Nevin': Carlisle celebrates the life, spirit of a downtown fixture

Sunday evening more than 75 people gathered on the Square to bid farewell to Nevin Lehman, who died last week at the age of 74.

Destination Carlisle also announced this week that its Halloweekend would return Oct. 16-18.

Project Share will be hosting a food truck fundraiser this Sunday in lieu of its usual fall dinner, as the organization anticipates further need for food assistance with the expiration of federal unemployment benefits.

Those who bring a canned or pre-packaged soup to the Square in Carlisle on Tuesday will get a bowl of free homemade soup during a special event.

Mayor Tim Scott said a large portion of the funding the borough received from the U.S. Department of Housing and Urban Development was earmarked to provide short-term capital to small businesses.

George's Flower Shop at the corner of Pitt and G streets in Carlisle will close Saturday after 110 years in business. The closure follows the death of owner Jimmie George last December.