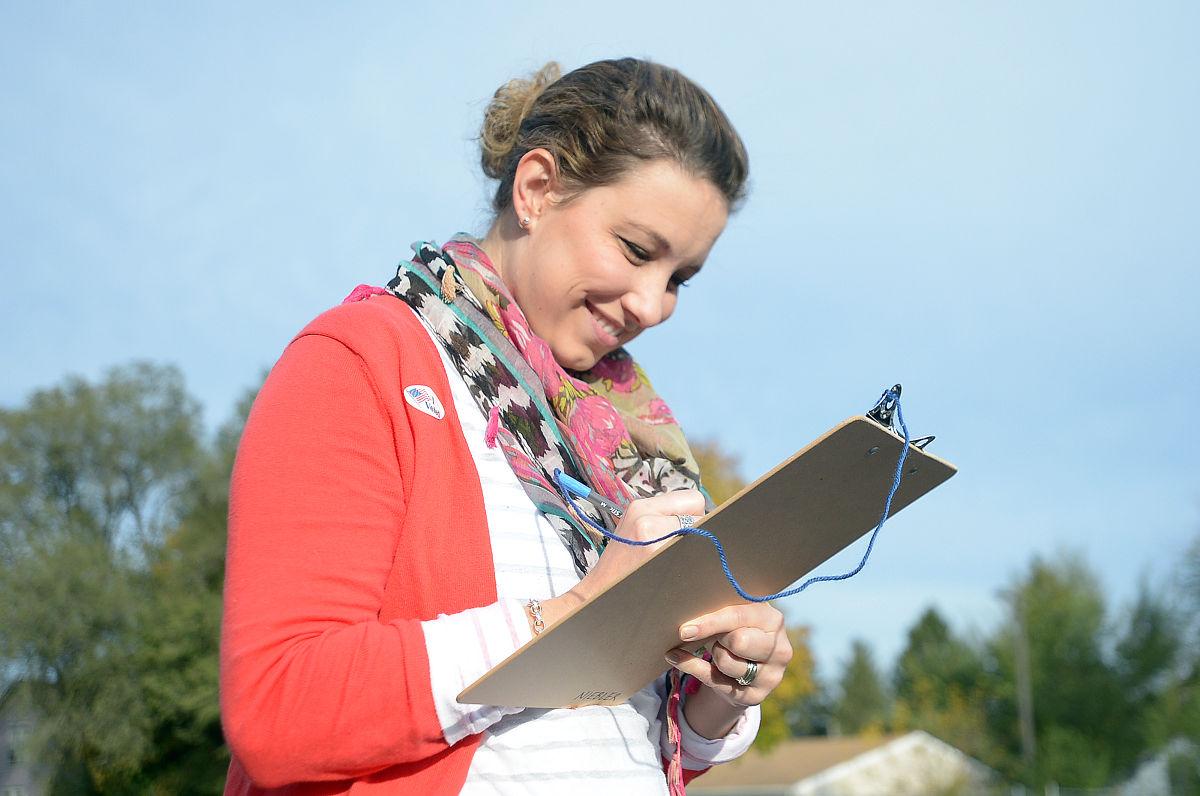 Julie Reichard, of Carlisle, completes an exit poll at the Stuart Community Center Tuesday, Nov. 4, 2014, that was conducted by the students of Dickinson College at numerous polling locations across Cumberland County. 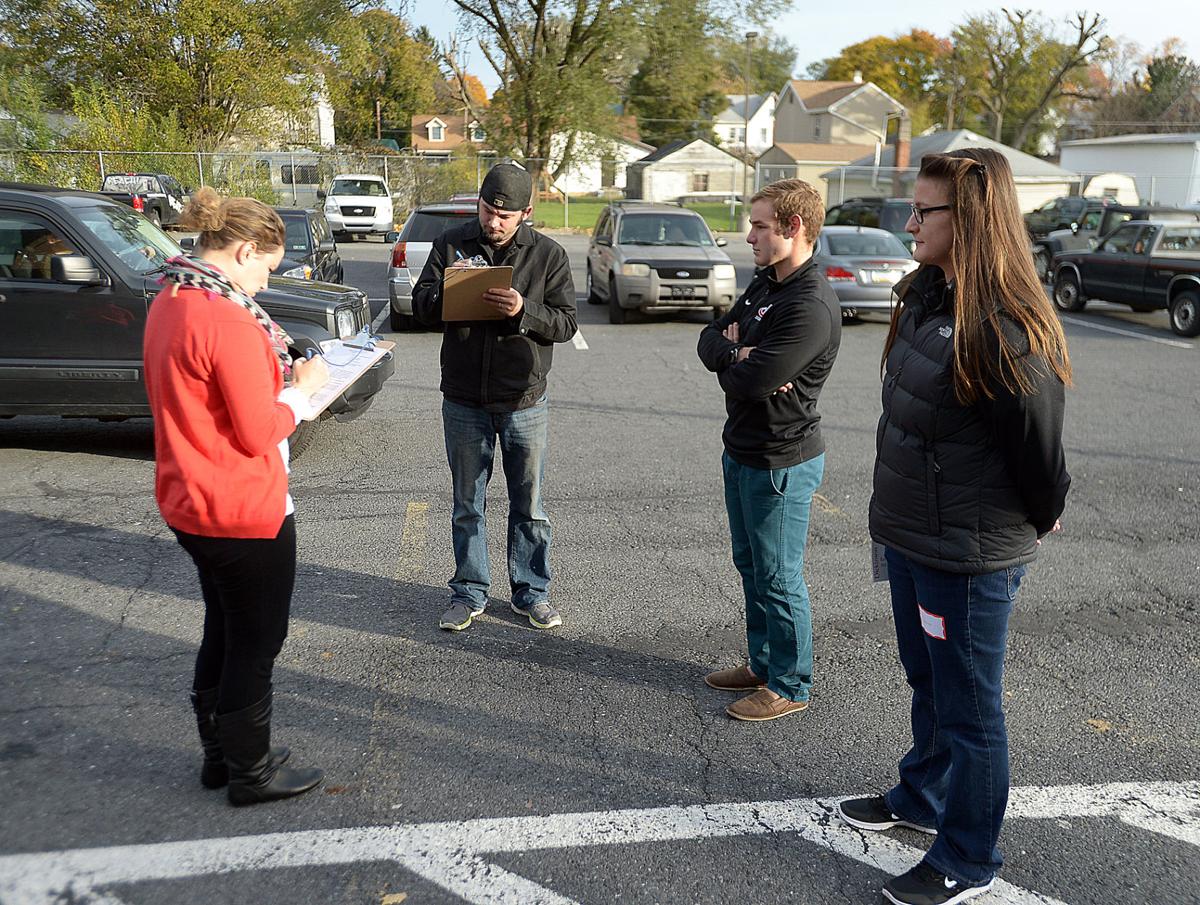 Julie Reichard, left, and Matt Reichard of Carlisle completes a exit poll at the Stuart Community Center Tuesday, November 4, 2014, that was conducted Ralph Humiston, and Mackenzie Miller, both students of Dickinson College.

CARLISLE — The science of politics made the extra time worthwhile to Ralph Humiston.

The Dickinson College sophomore spent part of Tuesday morning handing out survey forms on clipboards for voters to complete an exit poll outside the Stuart Community Center in Carlisle.

“I am more interested in statistics and how to conduct an effective survey rather than the actual political implications that the results hold,” said Humiston, 19, from Kittery, Maine.

“Most of the people have been pretty receptive,” he added. “More than anything they asked us where are we from.”

She chose precincts representing trends in political partisanship and demographics that have a history of high voter turnout so there would be plenty of foot traffic for the students to survey.

Tuesday’s was the first in a series of exit polls designed to build a database of county voter behavior and trends, Niebler said. “My hope is to undertake a similar poll every mid-term and presidential election, so that over time, we can see any changes in the policy positions of county voters.”

The exit poll asked voters such basic questions on demographics as their gender, race, age, employment status, level of education and income level.

Voters also were asked about the state governor’s race and whether they support or oppose a minimum-wage increase, the expanded use of fracking on state-owned forest land and the sale of state-owned liquor stores to private companies. All responses were kept anonymous.

“It’s a good learning experience because you can take what you learn in class and apply it outside,” said Makenzie Miller, 19, a sophomore from Newville. “I have learned more about elections and the whole process.” Both Miller and Humiston are law and policy majors.

The process began early in the semester when Niebler divided students in two of her classes into small groups to brainstorm questions for the exit poll. The classes are Research Methods in Political Science and Senior Seminar on Campaigns and Elections.

Students from both classes submitted questions to Niebler who combined some of their recommendations with questions drawn from other exit polls in use throughout Pennsylvania and the country. Working in teams, the students on Tuesday collected 350 to 400 survey forms.

Niebler said her hope is the students gain valuable experience collecting data from a real world election setting. The exit poll results will be tabulated and analyzed for use later in the semester. Students in the Research Methods class will use the results as a database while those in the campaign class can develop research paper topics from the findings.

Being from Maine, Humiston said he let students from Pennsylvania guide the process in his small group because they knew more about the current issues in the Keystone State. He said the class as a whole discussed the general themes on what to include in the exit poll.

“One of the themes is the motivation behind voting,” Humiston said. The exit poll included a question on what issue the voter thought most important in weighing their vote in the governor race. The choices included taxes, education, the economy, fracking/gas/energy, the environment, the state budget/pensions and other.

Miller was surprised by how many voters took the time to complete the exit poll. She thought few voters would be willing to participate as they rushed off on their way to work.

Julie Reichard, of Carlisle, completes an exit poll at the Stuart Community Center Tuesday, Nov. 4, 2014, that was conducted by the students of Dickinson College at numerous polling locations across Cumberland County.

Julie Reichard, left, and Matt Reichard of Carlisle completes a exit poll at the Stuart Community Center Tuesday, November 4, 2014, that was conducted Ralph Humiston, and Mackenzie Miller, both students of Dickinson College.