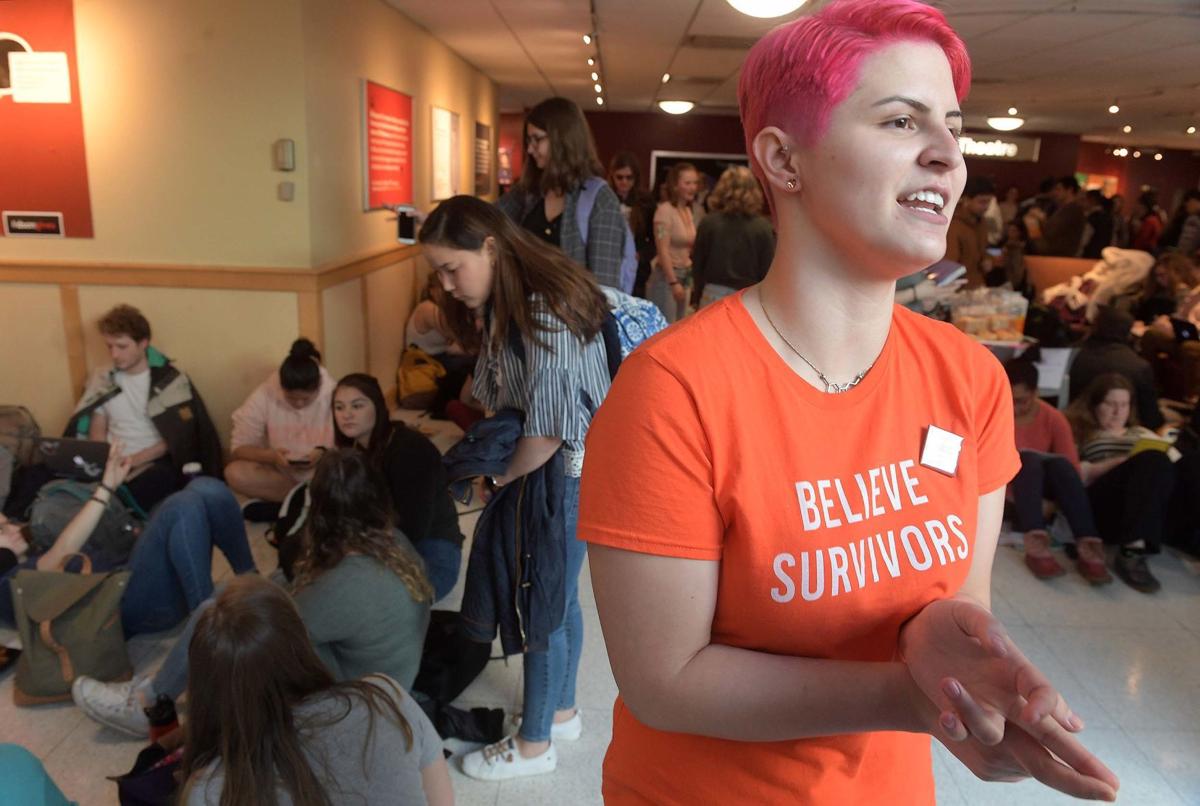 Rose McAvoy published her account of an assault in the student newspaper, the Dickinsonian, last week. 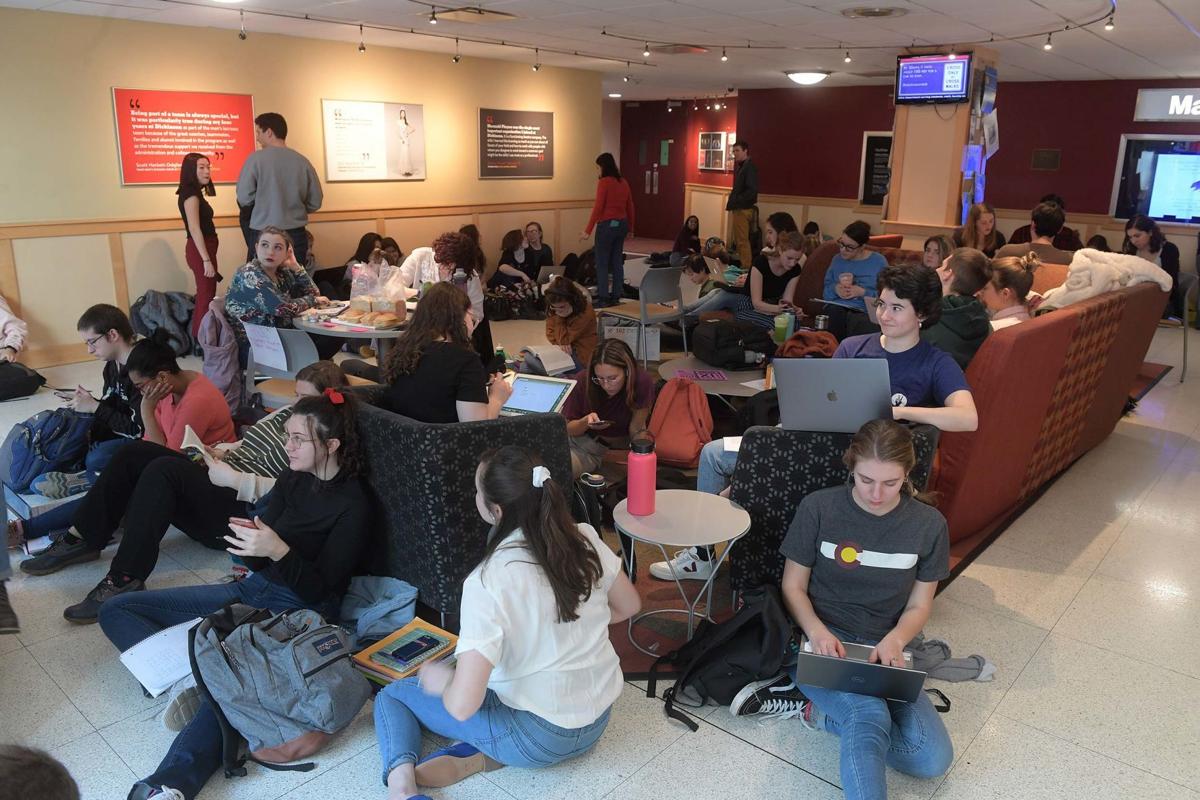 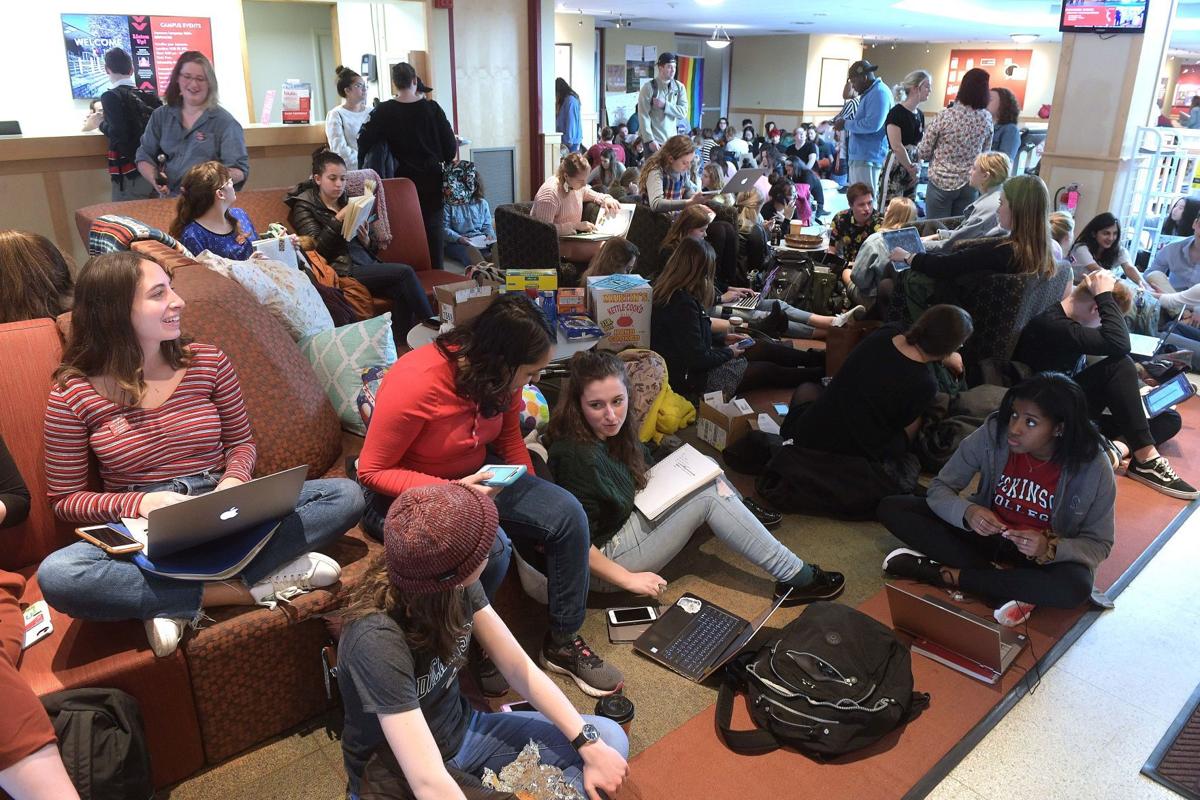 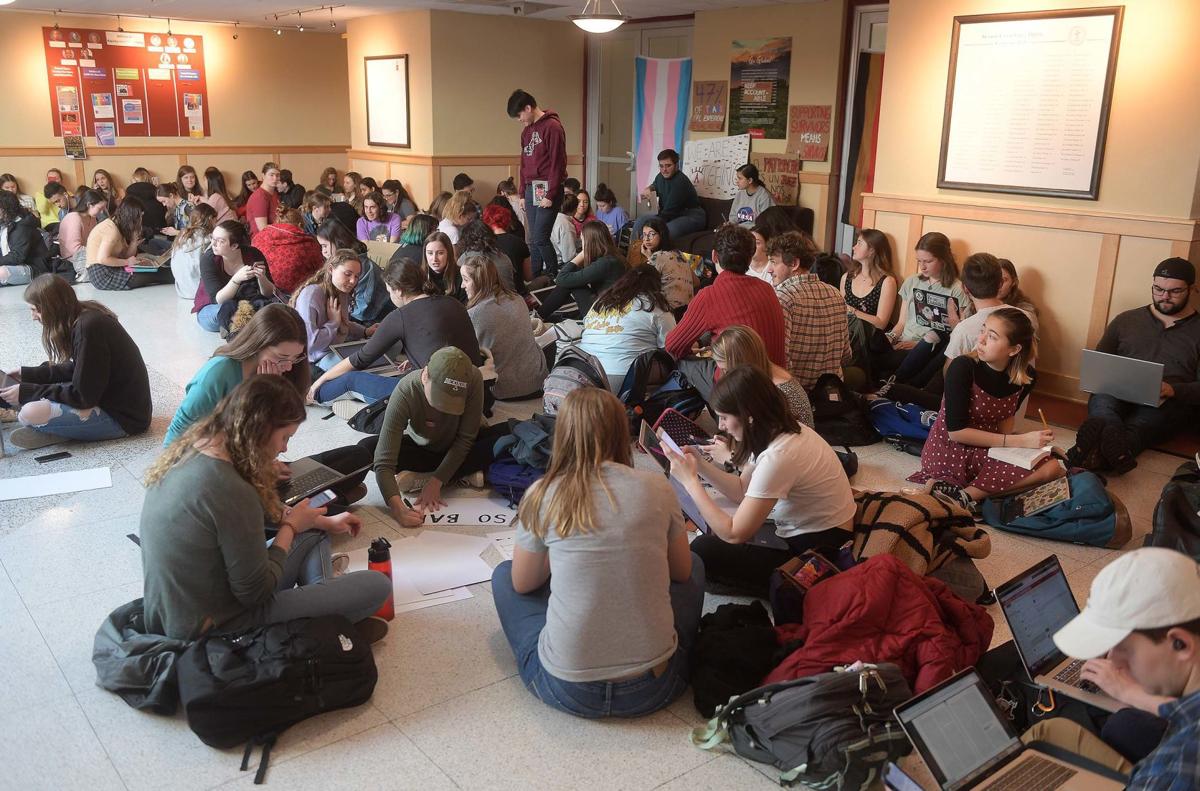 Hundreds of Dickinson College students cycled through a massive sit-in in the campus Holland Union Building on Monday as part of an ongoing protest against the school’s alleged shortcomings in dealing with Title IX issues.

The protest is intended to last until Dickinson accedes to a list of reforms on its Title IX policy, student organizers said. Title IX refers to the federal law requiring measures against gender discrimination for schools that accept federal funding.

“The sit-in is going to go until the school agrees to take on a significant number of those [reforms] and shows that they’re willing to negotiate on the rest,” said Rose McAvoy, the student whose own experience with an allegedly botched Title IX investigation by the school touched off the student movement.

McAvoy published her account in the student newspaper, the Dickinsonian, last week. Internal correspondence from the school corroborates the major details of McAvoy’s case.

In July 2018, eight months after the school was aware of the alleged assault on McAvoy and seven months after it began a Title IX investigation, McAvoy was notified that the school’s review board “determined that there is sufficient information, based upon a preponderance of evidence,” to believe that McAvoy’s alleged assailant had indeed violated the school’s sexual assault policy.

McAvoy was notified at the same time that the male student in question would receive probation through the end of the year, a punishment she described as a “slap on the wrist.”

McAvoy was also informed in that correspondence that the no-contact order placed upon him was being rescinded, despite the college simultaneously confirming that it agreed he had committed a sexual assault violation, something McAvoy said she found baffling.

The Title IX investigation stemmed from an incident in October 2017 in which the student forcibly got on top of her, kissed her and removed some of her clothing without her consent, McAvoy said.

McAvoy also said she believes that two other students were victimized by the same man during the time her case was being adjudicated. One of the those students, Lissy Gold, said the man stalked and harassed her in January 2018 after she rebuffed his sexual advances. The male student in question subsequently transferred schools, students said.

At a student meeting Friday night, and again on Monday, students said Dickinson’s administration seemed to lack a sense of urgency when it came to Title IX investigations and the measures that were needed to ensure student safety.

“I had to go pressure the school to do what I thought should’ve happened from the very beginning,” said Ellis Tucci, a Dickinson senior who said he had initiated a Title IX process last semester after an ex-girlfriend began stalking him.

Tucci said he had difficulty getting the school to issue a no-trespass order, even though his ex was not a Dickinson student.

“I have talked to a lot of other students who have dealt with the Title IX system, and I’ve not heard a single good thing about it,” Tucci said. “[Dickinson administrators] weren’t exactly gung-ho with dealing with it.”

“People still talk about the sit-in from 2011,” Tucci said, referring to the protests that year that also centered on Title IX issues. “I think this is something that is going to have a lot of staying power.”

Students’ demands center around correcting some of the errors they see in McAvoy’s case: A maximum investigation time should be codified, and expulsion should be automatic for those found to have violated sexual assault provisions, among other changes.

Correspondence between McAvoy and Dickinson officials also confirms another of the issues the students want to address: McAvoy was not allowed to get copies of the interviews conducted in her case, and the final investigation report did not include all of the material she thought was relevant.

Filing an appeal on the report was difficult, given that she wasn’t allowed to have a copy after viewing the draft, McAvoy said. She also said her accused attacker used an attorney as his Title IX adviser, whereas she did not, creating an uneven playing field.

On Friday, Dickinson’s Vice President for Institutional Effectiveness and Inclusivity Brenda Bretz said that limited access to Title IX materials was “pretty common” due to concerns about the privacy of third parties, and that investigation timelines are dependent on the number of necessary witnesses. Bretz’s own op-ed, responding to some of McAvoy’s claims, was also published in The Dickinsonian.

At Monday’s sit-in, Bretz said the administration was open to tweaking how such cases are handled to correct some of the issues in McAvoy’s case.

“I think that Rose and the students’ demands probably address the ways to avoid that happening again,” Bretz said. “The way forward is to look at those and deal with those.”

Dickinson’s standing working group on Title IX is scheduled to meet Tuesday, Bretz said, a meeting that was already planned due to anticipated changes to Title IX rules by the Trump administration.

Dickinson’s faculty also has a regularly scheduled meeting on Tuesday, where the topic is likely to come up, several professors said.

“I think it will be unavoidable [Tuesday],” Dickinson professor Santiago Anria said. “We’re still figuring out what to do, how to support the students in this.”

Faculty members were sent emails over the weekend from Dickinson President Margee Ensign and Provost Neil Weissman encouraging them to provide a safe environment for students to speak on the Title IX reform movement, according to professors.

“The students already have the ear of the administration, and there will be consequences from this — at least I hope so,” professor Mireille Rebeiz said.

Both Anria and Rebeiz said they had students leave class on Monday to attend the sit-in, with professors saying they planned to make accommodations for anyone taking part in civic activism.

“The faculty is often in-between the students and the administration,” professor Kathryn Heard said. “It’s important for us to be available to listen to the students’ concerns and help them articulate those concerns.”

Heard is teaching a political science course this semester called “Democracy and Disobedience,” part of which will now be devoted to looking at the Title IX protests.

Dickinson’s Title IX office reported that, in the 2018-19 academic year, the college fielded 65 reported sex- or gender-based incidents. The majority of these were resolved without a formal Title IX investigation; six were not, according to the report.

Those reports are in addition to the required tallies of campus offenses under the federal Clery Act. In addition to enhanced reporting, Dickinson also in 2018 hired two full-time Title IX administrators, according to Bretz, and ramped up its campus prevention programming.

The document lays out a timeline for changes, some going into effect as soon as this month and others to be implemented as far out as next year.

Rose McAvoy published her account of an assault in the student newspaper, the Dickinsonian, last week.