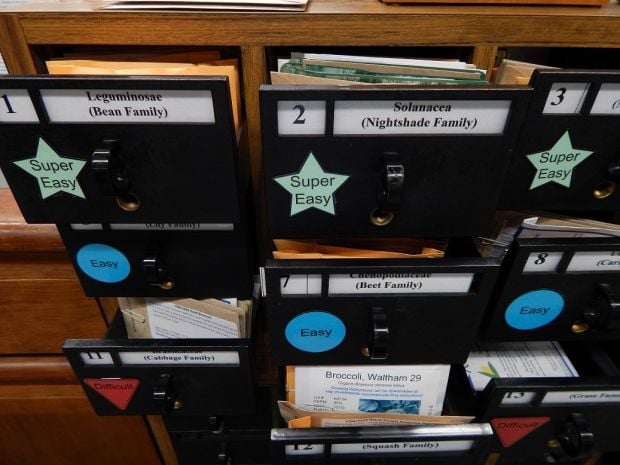 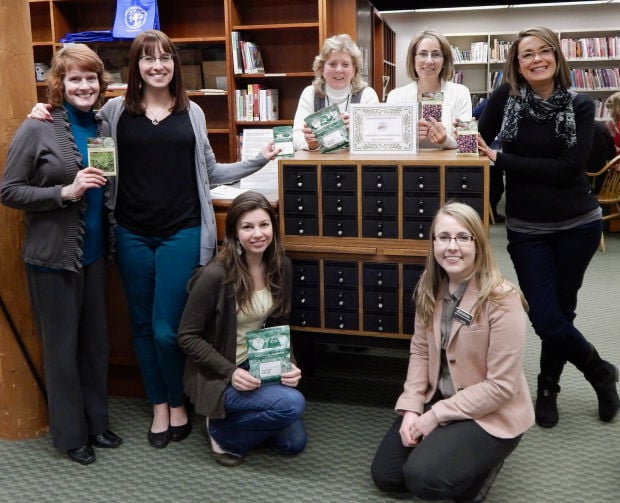 By Naomi Creason, The Sentinel

CARLISLE — It was a letter officials with the Cumberland County Library System were surprised to receive.

The system had spent some time working in partnership with the Cumberland County Commission for Women and getting information from the local Penn State Ag Extension office to create a pilot seed library at Mechanicsburg’s Joseph T. Simpson Public Library.

The effort was a new seed-gardening initiative that would allow for residents to “borrow” seeds and replace them with new ones harvested at the end of the season.

Mechanicsburg’s effort had launched on April 26 as part of the borough’s Earth Day Festival, but there were plenty of similar efforts that had already cropped up across the state before the local initiative.

Through researching other efforts and how to start their own, Cumberland County Library System Executive Director Jonelle Darr said Thursday that no one ever came across information that indicated anything was wrong with the idea. Sixty residents had signed up for the seed library in Mechanicsburg, and officials thought it could grow into something more.

That was, until, the library system received a letter from the Pennsylvania Department of Agriculture telling them they were in violation of the Seed Act of 2004.

“We did talk to the county extension office before establishing the seed library,” Darr told Cumberland County commissioners at their meeting Thursday morning. “We were never apprised of the Seed Act.”

The commissioners were equally flabbergasted by the change of events, as well as with how the agriculture department handled the investigation — sending a high-ranking official and lawyers to a meeting with the library.

Darr explained that the Seed Act primarily focuses on the selling of seeds — which the library was not doing — but there is also a concern about seeds that may be mislabeled (purposefully or accidentally), the growth of invasive plant species, cross-pollination and poisonous plants.

The department told the library it could not have the seed library unless its staff tested each seed packet for germination and other information. Darr said that was clearly not something staff could handle.

“This is not our core mission,” she said. “We thought we were doing a good thing in helping the Cumberland County Commission for Women (who requested the idea and the library’s participation).”

Darr said she believes the library system’s proximity to Harrisburg, as well as media coverage of the seed library, prompted the Department of Agriculture to act in this case.

She said the department indicated to her that it would continue to crack down on seed libraries that have established themselves in the state.

Some of the commissioners questioned whether that was the best use of the department’s time and money, but commissioner Barbara Cross noted that such seed libraries on a large scale could very well pose a danger.

“Agri-terrorism is a very, very real scenario,” she said. “Protecting and maintaining the food sources of America is an overwhelming challenge ... so you’ve got agri-tourism on one side and agri-terrorism on the other.”

Cross said it made sense that the department would want to tackle the issue now while the efforts were small.

Though the seed library is no longer an option, Darr said the department has left it open to the library to host “seed swap” days where private individuals can meet and exchange seeds. As long as the library system itself is not accepting seeds as donations, Darr said such an event would meet the requirements of the act.

Here are the top 10 most viewed local stories on Cumberlink for 2014. Stories are displayed in reverse order from No. 10 through No. 1