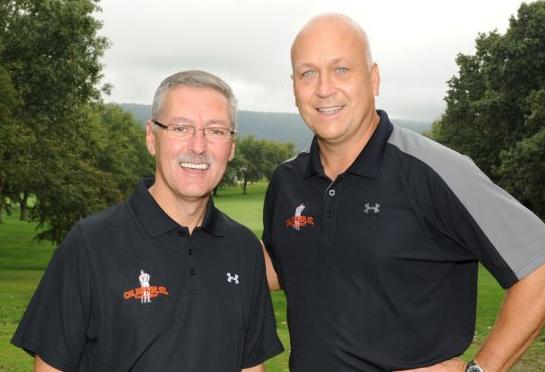 Mark Butler, left, is pictured with Cal Ripken Jr. in 2014 when the Cal Ripken Sr. Foundation named Butler chairman of its board of directors 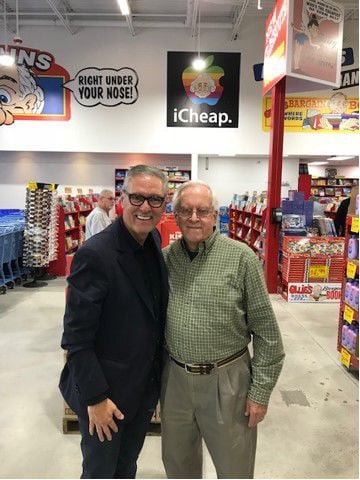 Butler was a co-founder, chairman of the board, president and CEO of Ollie’s Bargain Outlet. His death was announced in a news release Monday morning from the company’s board of directors, but no cause of death was included.

“Mark was an exceptional entrepreneur, merchant, leader, philanthropist, friend and family man,” board member Richard Zannino said in the news release. “We will dearly miss Mark and extend our heartfelt sympathy and condolences to Mark’s entire family.”

Butler, who grew up in Mount Holly Springs, joined Morton Bernstein, Oliver “Ollie” Rosenberg and Harry Coverman to open the first Ollie’s Bargain Outlet in Mechanicsburg in July 1982. Bernstein served as president and CEO from 1982 through 2003.

When Butler was honored with the West Shore Chamber of Commerce’s 2012 Business Achievement Award, he said in his acceptance speech that he was “kind of” proud of having never attended college.

“I always say I went to the ‘University of MGB,’ which means to me Morton G. Bernstein. He was my mentor. He’s the one that taught me everything that I know,” he said.

He must have learned his lessons well. Butler took the helm of the business in 2003, continuing to lead its growth. Ollie’s currently has 345 stores in 25 states. An April 2019 profile of Butler in Forbes Magazine said that every Ollie’s location has become profitable within a year of opening, without selling a single item online.

According to the corporate profile on its website, Ollie’s leaders believe there is opportunity for more than 950 locations across the country, based on internal estimates and third-party research.

“Mark built a successful and enduring retail concept, assembled an incredible team, created thousands of jobs and delivered millions of bargains to our customers, while delivering exceptional shareholder value along the way,” Zannino said in Monday’s news release.

Effective immediately, the board of directors has named John Swygert as interim president and CEO. John has served as executive vice president and chief operating officer since January 2018 and prior to that was Ollie’s chief financial officer since 2004.

Butler was known for his love of sports, and in February 2015 he became the principal owner of the Harrisburg Senators.

A post on the team’s Twitter account said, “We were extremely fortunate to have him guiding us. We’ve lost a great boss and a great friend.”

In a statement posted to their website Monday, Senators officials said the team was “heartbroken and deeply saddened” by Butler’s death. The statement recalled Butler’s passion for the team and said he would often wander through the crowd and entertain friends at FNB Field.

“We are just numb. This is a tragic loss for our community. Mark was such an important part of the culture of our organization,” Senators President Kevin Kulp said. “We were extremely fortunate to have had him guiding us. We’ve lost a great boss and a great friend. We’re committed to continuing on in his memory just the way he would have wanted … with passion and integrity.”

Butler passed his enthusiasm for sports to the next generation through his charitable work.

He served as chairman of the Cal Ripken Sr. Foundation, an organization whose mission is “to build character and teach critical life lessons to at-risk young people living in America’s most distressed communities,” according to its website.

Butler co-founded the Mark L. Butler Foundation with his daughter, Brooke Butler Romito, in 2012 to strengthen community relations primarily through youth-based programs. The foundation donated tickets and baseball experiences to inner city organizations so they could enjoy Senators baseball, according to the team’s statement.

For Brooke Butler Romito, happiness is a commodity best shared with others.

Through Butler’s efforts, Ollie’s also has a presence in auto racing. Drivers have appeared at store openings and the company has sponsored drivers and events in NASCAR and on dirt tracks.

Driver Denny Hamlin posted to Twitter, “So many in our sport—from drivers to fans—have touched the Ollie’s brand in some way, and it was because of Mark’s relentless work ethic and passion that made that happen.”

Saddened this afternoon to hear about the unexpected passing of my friend Mark Butler. My condolences go out to his family. @OlliesOutlet @TheGolfGuysTour pic.twitter.com/SJhkBUdW6J

As news of Butler’s death broke, condolences came in from many of those he touched throughout the years, including the Eastern League and some of the teams that passed through FNB Park every summer.

“Our deepest sympathies to our friends in Harrisburg on the loss of Mark Butler,” read a tweet from the Erie SeaWolves.

The Washington Nationals, parent club of the Harrisburg Senators, issued a statement citing Butler’s commitment to the Senators as key to the team’s success.

The Washington Nationals extend our condolences to the family and friends of Mark Butler, the Principal Owner of the Harrisburg Senators. pic.twitter.com/vqoo32ihUv

“Mark’s commitment to the Senators, the community of Harrisburg and his support of our player development system was integral to our success and will continue to have a lasting impact throughout our organization,” the statement read.Flora Posteraro, former abc27 anchor and now a multimedia specialist at PennWatch.org, posted a tweet recalling that Butler sent her an email last week to offer his condolences on the death of abc27 sportscaster Gregg Mace.

“He called Gregg, ‘A good dude.’ Mark was ‘A good dude too,’” she wrote, adding that he was “kind, caring, always gave back.”

A week ago, Mark Butler sent me an email offering his condolences on the passing of @greggmace. He called Gregg, “A good dude”. Mark was “A good dude too”.

In a tweet echoing many of the thoughts posted to social media by those who knew and worked with Butler, Rep. Greg Rothman posted, “Mark Butler was a dynamic, innovative and generous business and community leader and my friend. He made everything he touched better. I will miss him terribly.”

The Pennsylvania Department of the Environment has issued a Code Orange warning for poor air quality in the Midstate for Friday, Jan. 24.

Nothing Sweeter, owned by Annette Lane and her daughter, Nicole Hall, is slated to open on Jan. 24. It’s grand opening and ribbon-cutting is scheduled for 11 a.m. on Jan. 25.

About 200 residents missed the switchover from green bags to orange bags as Carlisle's contract with Waste Connections begins.

Rev. Brian McClinton saw a woman fall at a department store a few years ago. She thanked him as he helped her up, but he could see two angry m…

Friday afternoon crash causing back-up on I-81 near Carlisle

A Friday afternoon crash is causing significant back-ups on Interstate 81.

The Borough of Carlisle saw an increase in its Municipal Equality Index score from the Pennsylvania Human Rights Commission in 2019.

Applications open for Carlisle's Harvest of the Arts

Downtown Carlisle Association is accepting applications for this year’s Harvest of the Arts.

The Carlisle facility is expected to open in March, which will initially cause a reduction in volume at the other locations.

Mark Butler, left, is pictured with Cal Ripken Jr. in 2014 when the Cal Ripken Sr. Foundation named Butler chairman of its board of directors 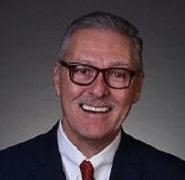