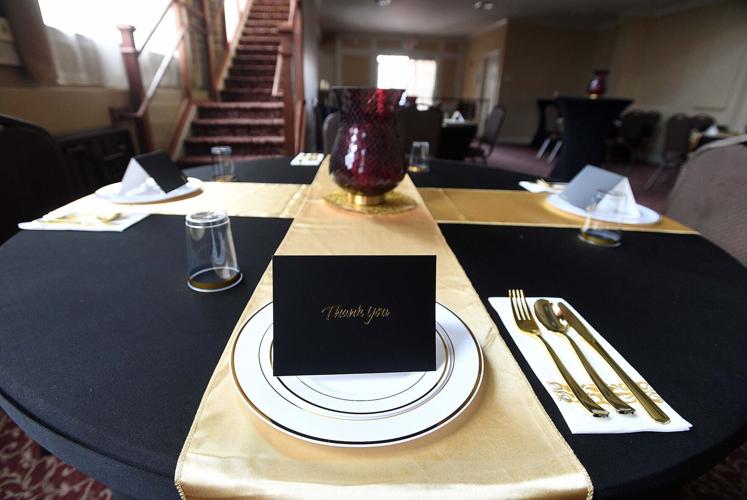 Mood Swings has opened at 1 N. Hanover St. in Carlisle. 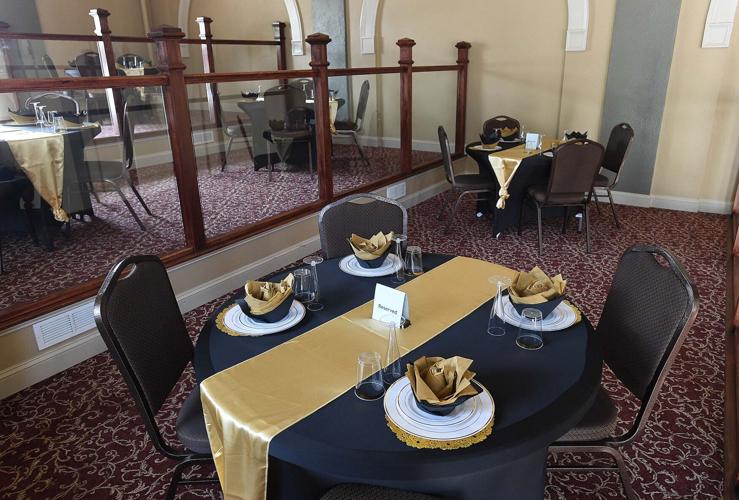 Mood Swings, an event planning and catering business, has opened in downtown Carlisle. 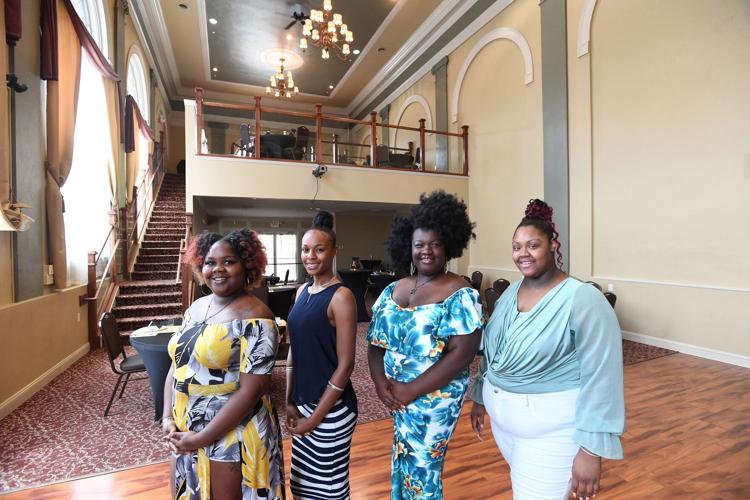 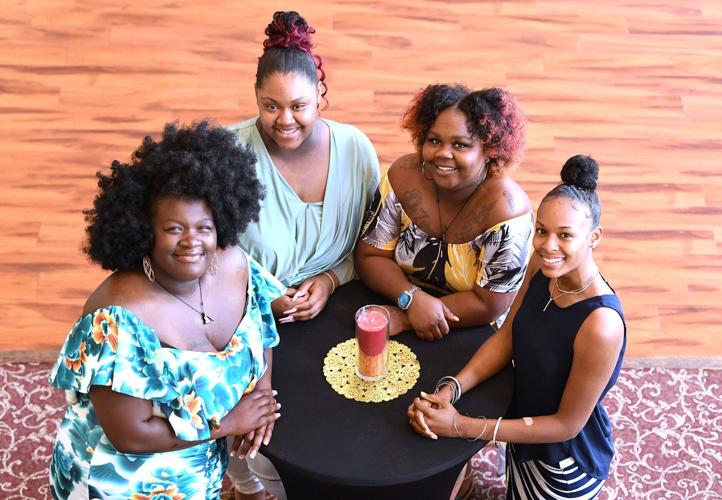 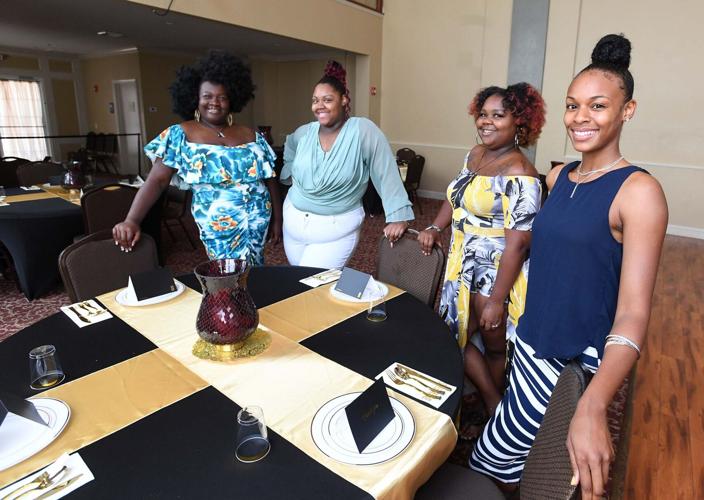 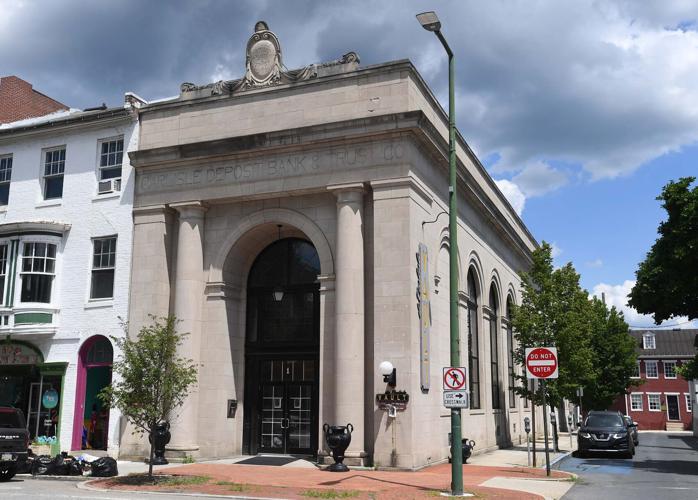 Mood Swings is located in the building that once housed the Carlisle Vault.

For Philicia Muldrow-Lewis, the idea of success sounded like something a person achieved on one’s own. But with her new business, she’s hoping to share that experience with family and old friends.

Muldrow-Lewis opened Mood Swings, an event planning and catering business at 1 N. Hanover St., in downtown Carlisle earlier this month at the former Carlisle Vault. By her side are her sister and CFO, Selena Griffin, and childhood friends Nadinah Thompson and Elexis Bellamy-Layton as president and COO, respectively.

“It’s been amazing so far; the things we’ve been able to accomplish and working with everyone,” Muldrow-Lewis said of running the business with her new partners.

The four friends grew up together in Harrisburg, and Muldrow-Lewis initially started an event planning business when she moved to Georgia. She came back to the area to take care of her father, working in Mechanicsburg before settling on opening the new business in Carlisle.

Muldrow-Lewis’ group will be leasing the Vault space from 1 North Hanover LLC, which is comprised of Shaun and Rebecca Foote along with John and Nadeen Bogonis. The building owners endeavored to rehabilitate and adaptively re-use the historic former bank building that had been vacant for nearly three years when they purchased it in 2010.

The Footes ran the Carlisle Vault as an event and office space, and Party of Four, Ross Morris’ restaurant group, leased the space for a few years starting in 2016 to hold and cater events.

The former Carlisle Vault as a setting was a perfect opportunity, Muldrow-Lewis said. “There’s a lot of history ... and it’s on the main strip. It was perfect.”

Built in 1816, the building had been home to the Carlisle Bank until 1846 when it became the Carlisle Deposit Bank & Trust Co., whose name is inscribed upon the building’s facade. The building closed its doors as a banking establishment in 2007.

Having a little 'fun.' at the Carlisle Vault

The location off the Square in Carlisle fits what the four women want to do with their business.

“Our main goal is to have a place for people to relax and enjoy an evening out,” she said. “I started opening up after COVID when people wanted to go out again. After COVID, you want to enjoy life while you still have it.”

Muldrow-Lewis said they plan to offer up the location for events, including weddings, as well as help get residents connected with other venues should their space be booked at the time.

Though their initial goal was to simply offer a space for residents and groups to have events, she’s also embraced the importance their business could have in a diverse Carlisle community. Running a business operated by four Black women, Muldrow-Lewis said she became interested in that aspect after talking to more people in the Carlisle community.

“We’re first looking at booking more events,” she said. “We’re also just promoting ourselves and getting us out there.”

She started that by offering small events in the afternoon and evening where residents and visitors can drop by and see the space. Mood Swings has monthly activities for networking and for trying some of the food it can offer as a catering business.

Muldrow-Lewis and Griffin are the cooks for the catering side of the business, each having learned from their mother.

“I love to do soul food, but I’m very [adept] in most cuisine, like Italian and Jamaican,” she said.

The first big event for the business will be a “Mood Gala,” which takes place Saturday night and feature a three-course meal, music and formal attire. The event is presented as their opening night, with tickets available for $50 to $60 depending on seating on the ground level or in the balcony. RSVP and ticket purchases must be made by noon Friday given the constraints on meal planning.

For more information about Mood Swings, check out its website at msatthevault.com or by calling 717-906-5072.

The new location on B Street is expected to open around the end of September or beginning of October, Spoons Café owner and cook Patrick LeBlanc said.

Thursday evening's spraying will be in parts of Carlisle Borough, North Middleton Township and Middlesex Township.

The event also returned in person Wednesday after two years of operating as a drive-thru due to the COVID-19 pandemic.

Where It Stands: Hotel opens for business on former Masland/IAC site, restaurant could open next year

In addition to the hotel and restaurant, the 50-acre lot owned by Carlisle Events will also house residences and continue to offer car show parking.

The borough has begun accepting submissions for 2023 from organizations looking to improve Carlisle. All submissions must be received by Sept. 30.

The Rotary Club of Carlisle recently voted in Dr. Roderick Frazier as its president, making him the first Black president of the service organization.

The chamber board announced Wednesday that it selected Deary to fill the role left vacant after the chamber's former president, Michelle Crowley, stepped down June 1.

This year marked the event's first celebration in Carlisle since 2019.

Mood Swings has opened at 1 N. Hanover St. in Carlisle.

Mood Swings, an event planning and catering business, has opened in downtown Carlisle.

Mood Swings is located in the building that once housed the Carlisle Vault.