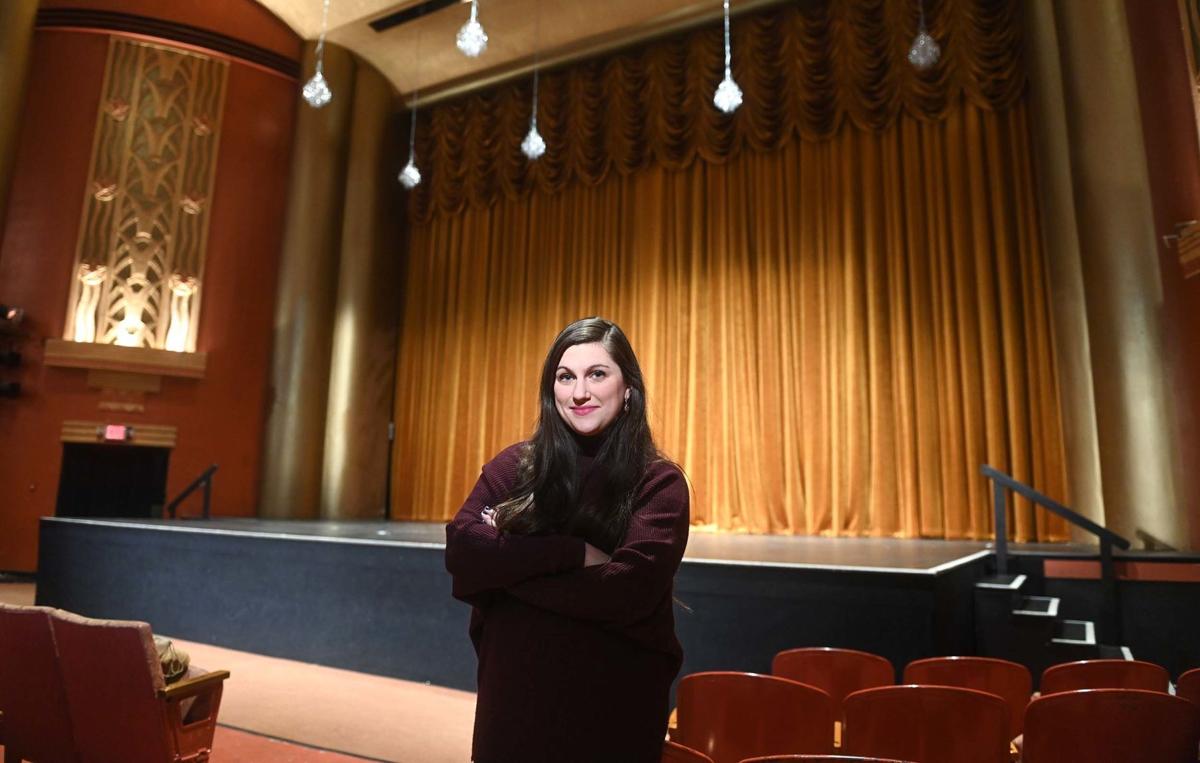 The Carlisle Theatre is always conscious of what audiences want to see, as well as what could be offered that would be a new experience, said Ashley Byerts, the theater's artistic director. 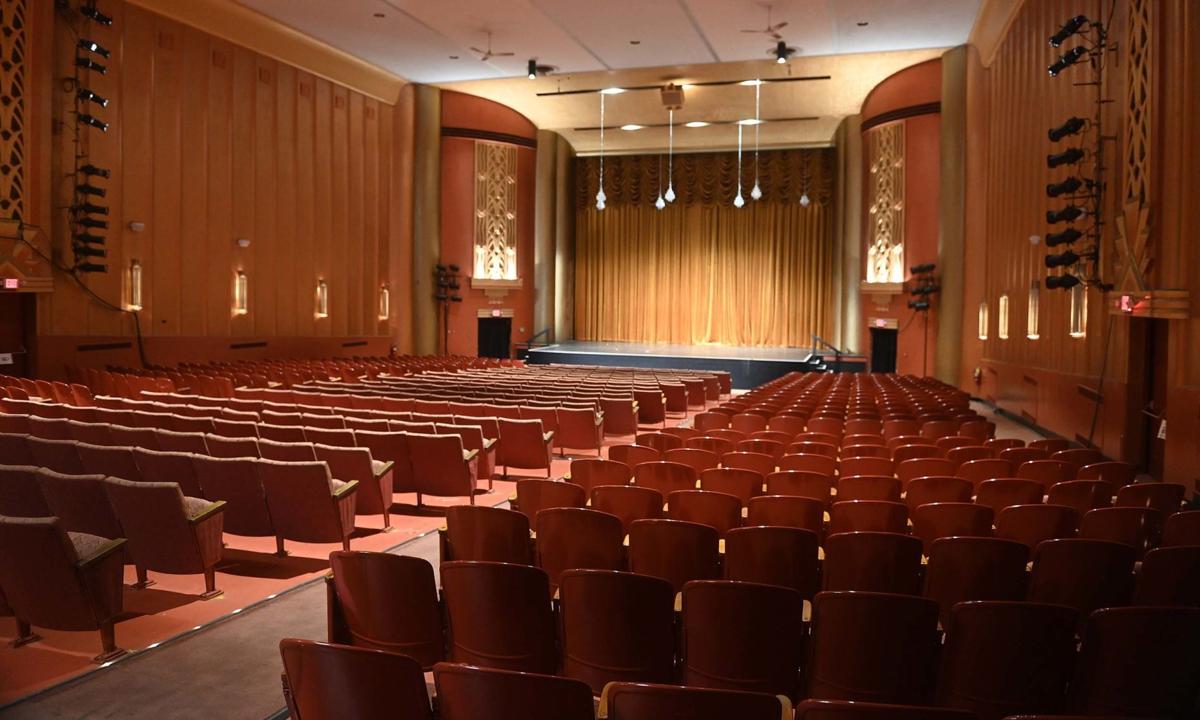 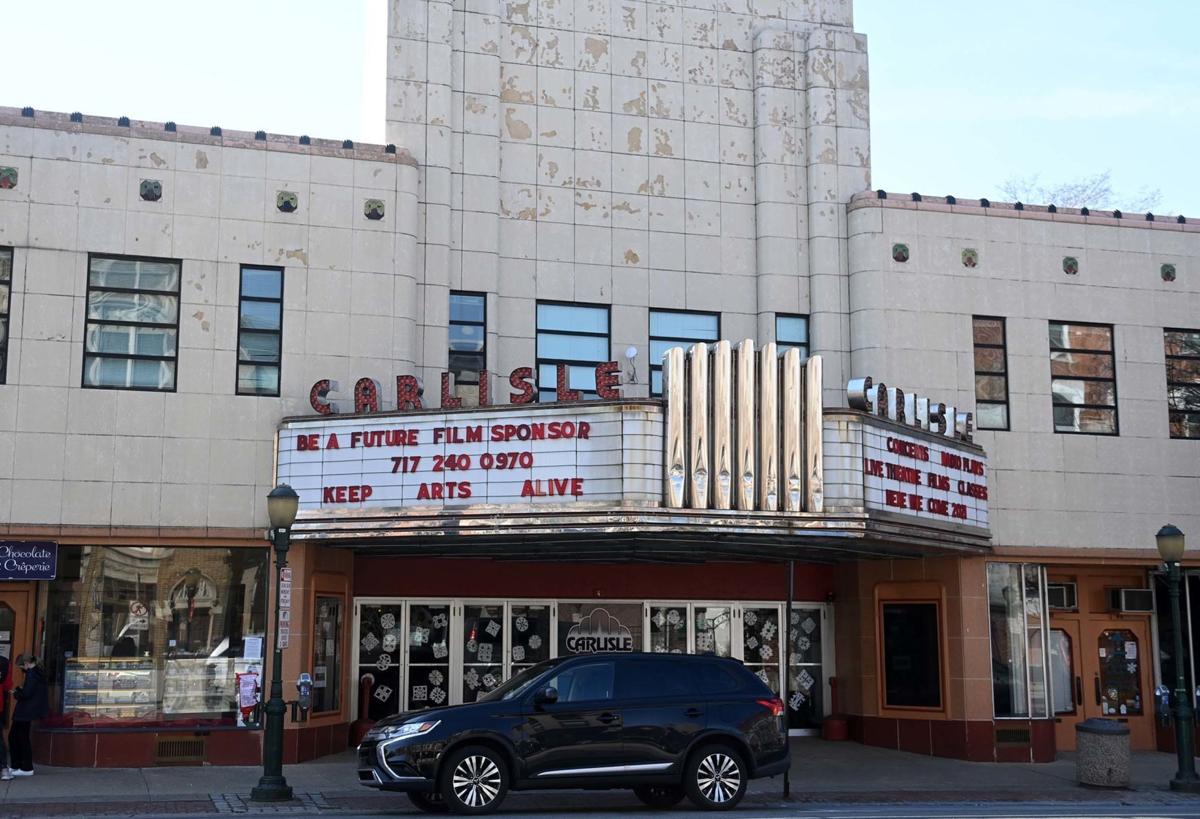 The Carlisle Theatre will reopen with a ceremony Saturday.

Carlisle Regional Performing Arts Center has been making show announcements, scheduling auditions and getting ready behind the scenes for its post-pandemic reopening on Aug. 7, and Artistic Director Ashley Byerts can’t wait.

“I think I’m more excited for all the things we’re just going to — and I’m not going to say this gracefully — dump on the public,” she said with a laugh.

The theater has already announced a series of shows featuring tribute bands promoted by Fly on the Wall Concerts including Foreigners Journey, Top of the World and Eaglemania.

Autumn Entertainment Group will bring blues and gospel singer Mavis Staples to the theater on Oct. 30 and will have more shows to announce.

“There’s also going to be some other exciting announcements in that vein of getting the most diverse acts in here that we can to speak for many audiences and to share these aspects of the arts,” Byerts said.

The concerts are in addition to the Hollywood on High series, which has returned this summer as an outdoor event in Biddle Mission Park featuring movies from the 1980s, and the Players on High season that will launch this fall.

Coming out of COVID, the theater acknowledges that most of its patrons are older and more susceptible to the disease. Byerts said that’s a concern because the theater wants to make sure they’re safe and making the best decisions for their health.

That has prompted the theater to spend time during the pandemic working to reach other demographics. The effort will continue as the theater brings in performers or announces plays or musicals for its upcoming season.

“Some of this new stuff is really going to hopefully get a greater variety of people in the door, especially that age range that we’re missing out on,” Byerts said.

Byerts said the Carlisle Theatre is always conscious of what audiences want to see, as well as what could be offered that would be a new experience, including shows or concerts that inspire young people to go into the arts because they represent different communities.

Even during the whirlwind of reopening, Byerts knows the theater could have been in a different position if it weren’t for the support of its patrons and a well-timed anniversary.

Patrons continued to support the theater even when it was dark. They came through by dropping donations through the mail slots and by rounding up the costs of their tickets once tickets were again on sale.

The theater’s 80th Birthday Gala held in May 2019 to celebrate the anniversary of the theater’s 1939 opening brought in funding that helped sustain the organization through the pandemic.

As the theater reopens, the “Friend of the Theatre” campaign will be relaunched to provide thank you gifts for donations. Those donations especially help with the theater’s educational programs, Byerts said.

The theater is also running Operation Fill the Theatre in which patrons make a donation to have a cardboard cut-out of their choice put in a theater seat for the grand opening. Byerts said the cut outs could use a photo of the donor or their family, children or even pets.

“If we can sell 150 of these, we can fund an entire show for Players on High, almost,” Byerts said.

There have been times over the past year when the theater could briefly open. Last summer when case counts were low, movies were shown with a maximum of 250 attendees in a theater that seats more than 900.

That closed down with the fall surge, but it shows how changing guidelines throughout the pandemic presented a challenge for planning, which Byerts hopes is now in the past.

“We’re all just playing this weird stop-and-go game,” she said. “I’m feeling very optimistic, and everybody in here is feeling very positive.”

Video: The Carlisle Theatre looks for innovative ways to stay open during the COVID-19 pandemic.

The Carlisle Theatre looks for innovative ways to stay open during the COVID-19 pandemic.

Concerts, musicals make their return amid concerns about over-saturation, safety

While promoters and directors of live entertainment venues are excited about seeing their doors reopen to audiences, there's some trepidation about oversaturation, safety and finances.

The 80-year old theater in downtown Carlisle has been mostly dark for 18 months due to the COVID-19 pandemic.

The Carlisle Theatre is always conscious of what audiences want to see, as well as what could be offered that would be a new experience, said Ashley Byerts, the theater's artistic director.

The Carlisle Theatre will reopen with a ceremony Saturday.