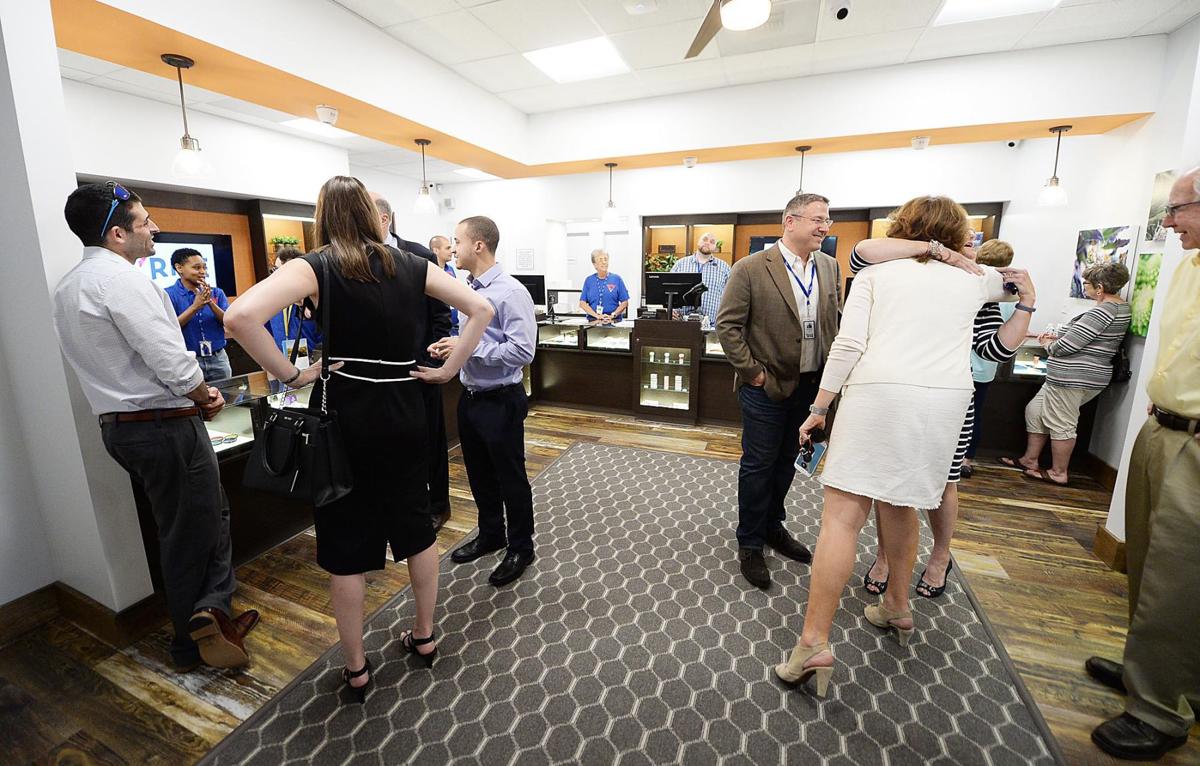 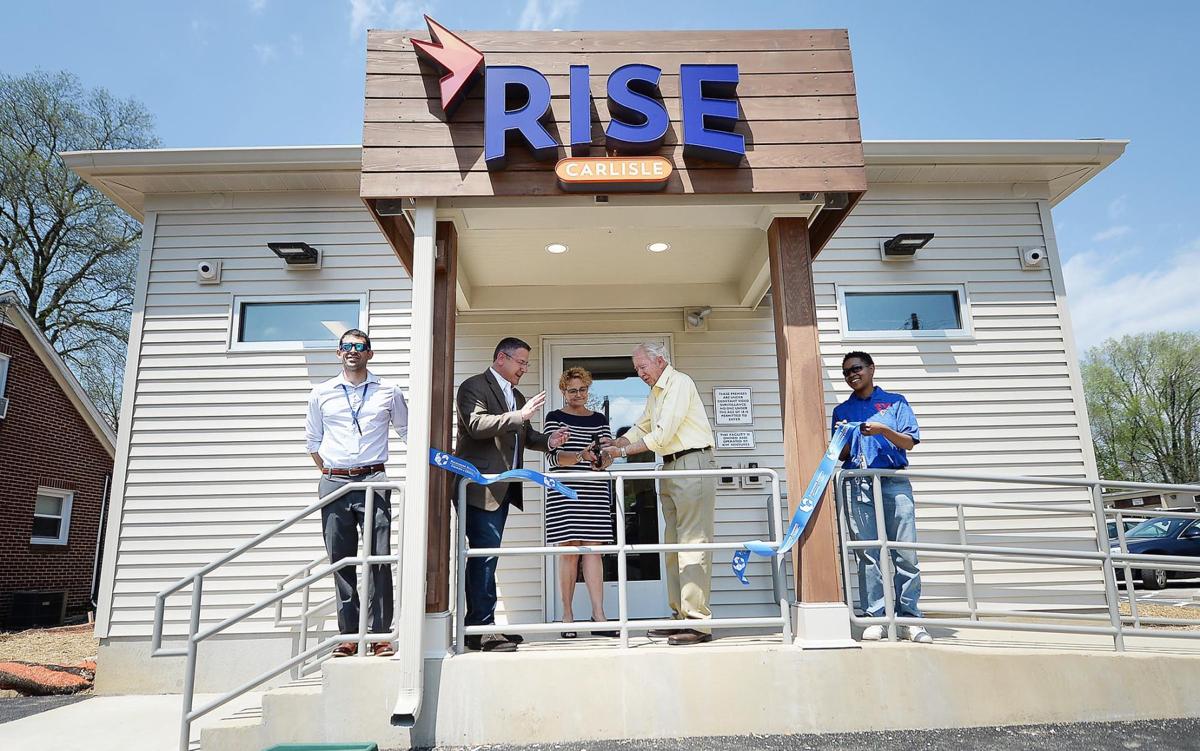 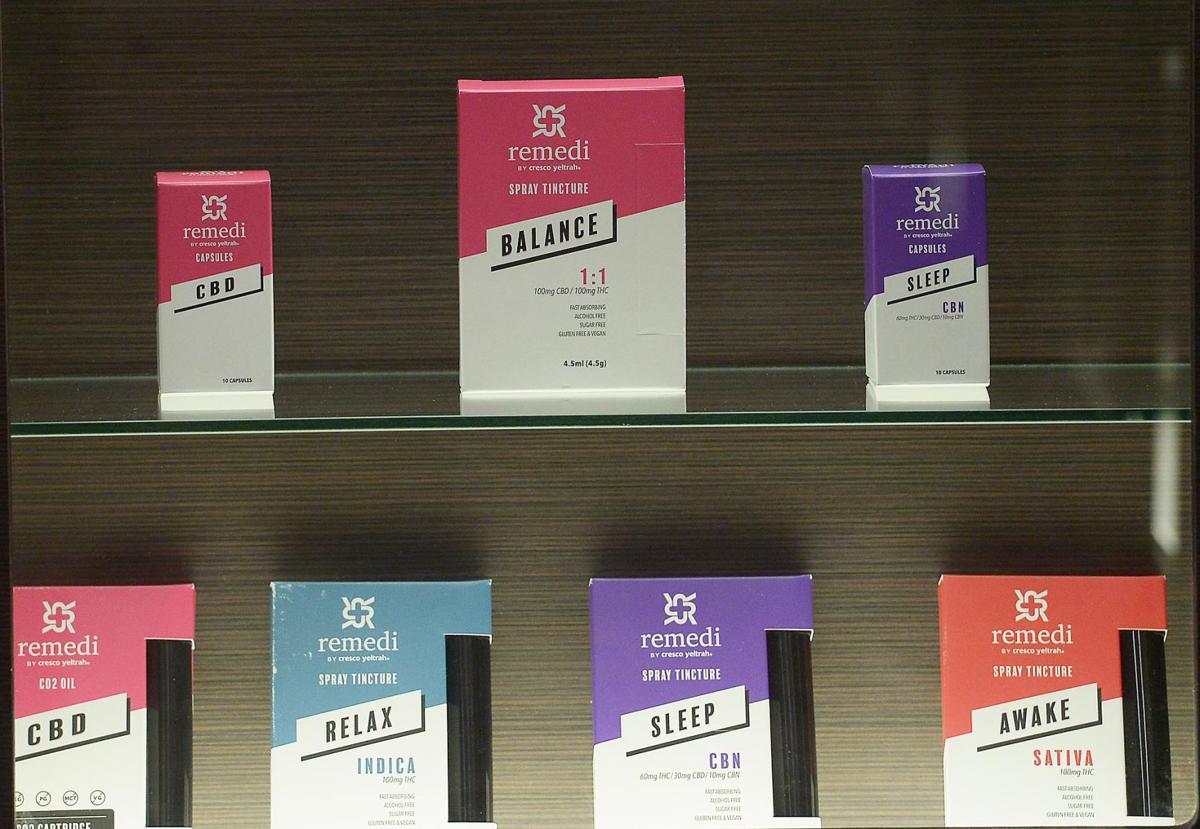 Samples of medical marijuana are displayed at Rise Carlisle. 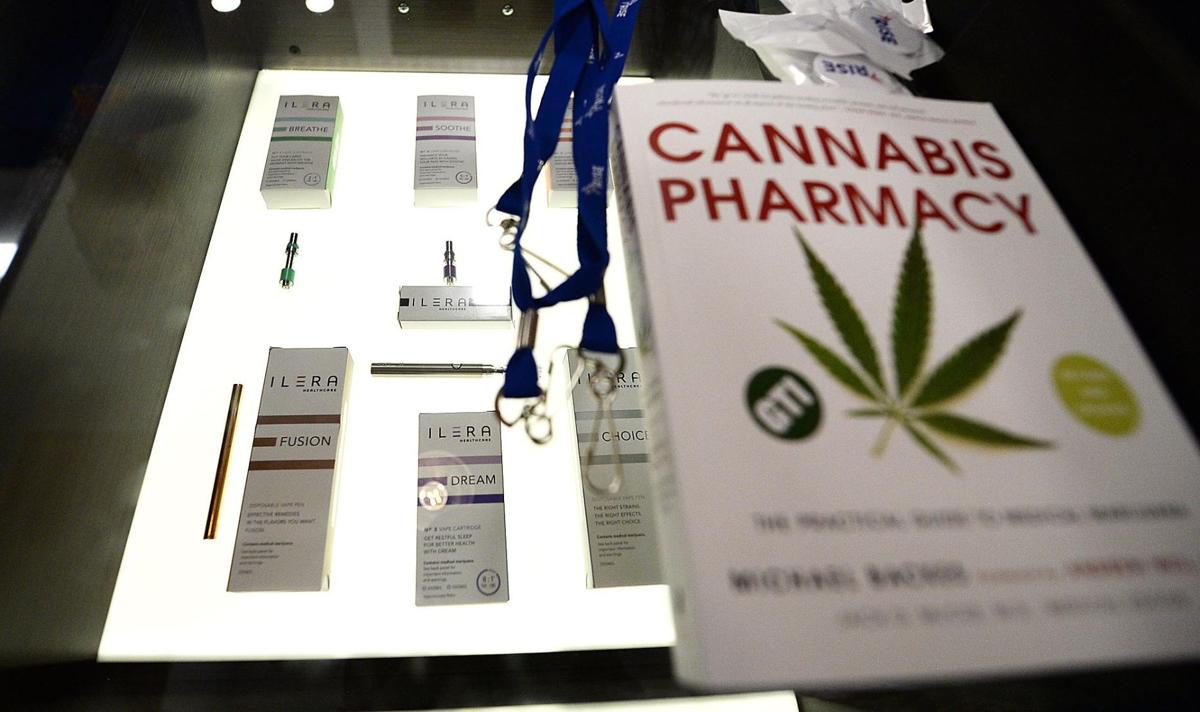 Samples of medical marijuana are displayed at Rise Carlisle in North Middleton Township. 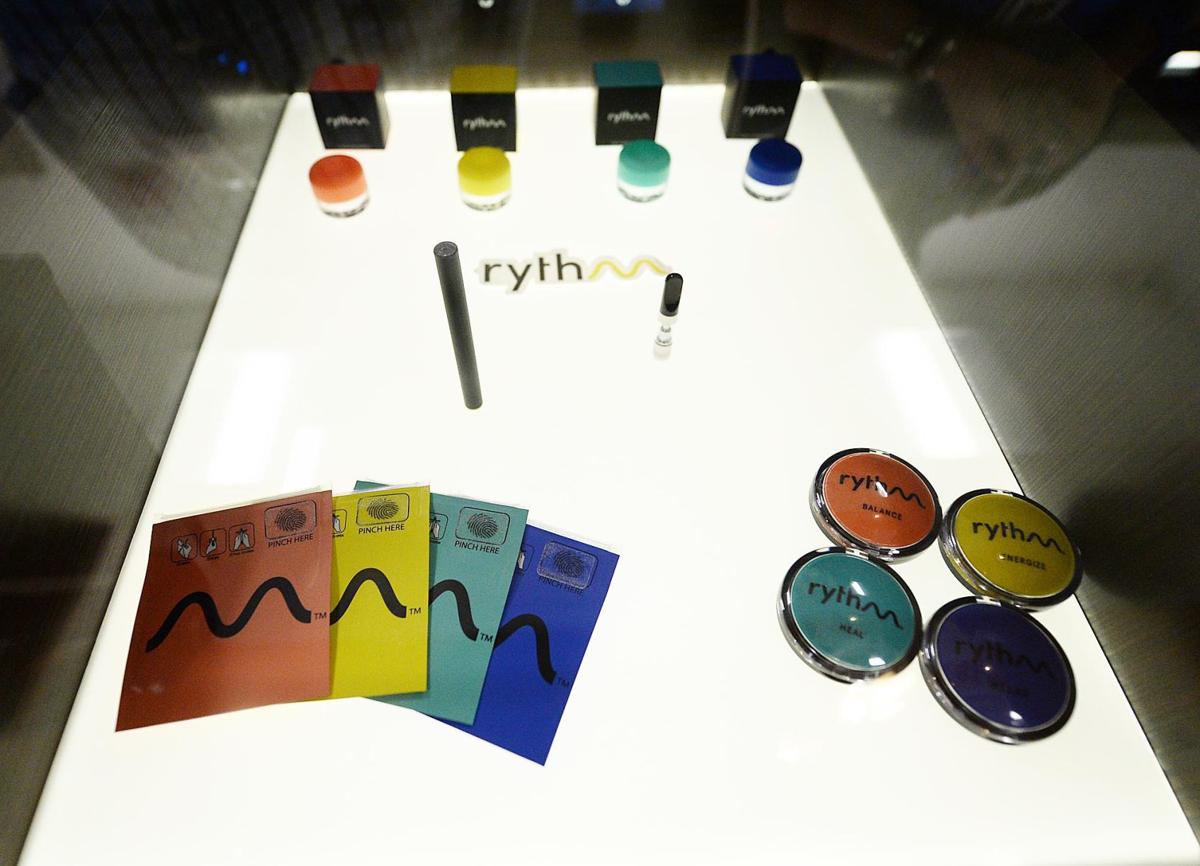 Samples of medical marijuana were seen at the open house of Rise Carlisle Thursday.

One of Pennsylvania’s first medical marijuana facilities will be opening its doors to patients on Saturday in North Middleton Township.

Dubbed Rise Carlisle, the location at 872 Harrisburg Pike will be one of three Rise dispensaries. A Steelton location opened Thursday morning, and a York location is planned.

“I’m a physician, I know there is an untapped market of patient demand for these types of medication,” said Jonathan Gusdorff, managing partner of KW Ventures, the investment group behind the Rise dispensaries.

Signed into law in 2016, Pennsylvania’s medical marijuana program allows for 12 cannabis growing licenses and 27 dispensary licenses, distributed by region. Last summer, the Pennsylvania Department of Health announced the businesses that had been selected.

Each dispensary license allows for up to three locations, hence Rise opening in Carlisle, Steelton and York.

“I saw an investment opportunity that had the possibility to positively impact the lives of thousands of people, which made it well worth the risk,” Gusdorff said.

Marijuana-based products present effective relief for chronic pain patients, with much less risk than common pharmaceuticals such as Vicodin, Percocet and others, Gusdorff said.

“There are simply too many deaths associated with those medications,” Gusdorff said.

“We compared a lot to our data from Illinois,” Hawkins said. “Pennsylvania and Illinois have relatively similar populations and growth patterns.”

Marijuana does not cross state lines, at least legally, but GTI can purchase products from any of the 12 licensed growers in Pennsylvania.

“There are three shipping product right now and another three that we expect to start shipping very soon,” Hawkins said.

Like any other prescription drug, marijuana can’t simply be thrown in a truck.

The Carlisle location will have 12 employees, Bishara said, selling pills, tinctures, concentrates, topicals and oils. Most products, at least for now, are intended for consumption by vaporizer or nebulizer, Bishara said.

Dry leaf marijuana was recently approved by the state Department of Health for medical use, although by law it still cannot be smoked and must be used in a vaporizer.

State law does not regulate marijuana dispensary hours. Rise Carlisle plans to be open from 9 a.m. to 7 p.m. Tuesday through Saturday, and 9 a.m. to 2 p.m. Sundays.

Portion of High Street closed for second-alarm fire in Carlisle

A portion of East High Street is closed as of 8 a.m. after a second-alarm fire call in the first block of North East Street in Carlisle.

Where it Stands: Fewer trucks getting stuck under railroad bridge in Carlisle

Fewer trucks have gotten stuck at the bridge at North Orange and West High streets, and there could be multiple reasons.

The Carlisle Borough Council voted last week to have its solicitor draft and advertise an ordinance that would put an inspection program in place for the borough's rental properties.

Where it Stands: One13 Social to bring upscale, casual dining to downtown Carlisle at former Brick site

Kevin Rockwood, who had managed the Boiling Springs Tavern for 18 years, is the proprietor of One13 Social that is expected to open in November on West High Street.

This fundraiser benefits the programs and services of the Carlisle Salvation Army.

Revolutionary-Roasted Bell & Scorpion hot sauce from Carlisle-based Hot Heads Hot Sauce made the line up for season 16 of First We Feast’s “Hot Ones” series with Emmy-nominated host Sean Evans.

Mayor Tim Scott issued a proclamation declaring Sept. 30, 2021, as a Day for Truth and Reconciliation in honor and remembrance of survivors and victims of the Indian Residential School System.

Samples of medical marijuana are displayed at Rise Carlisle.

Samples of medical marijuana are displayed at Rise Carlisle in North Middleton Township.

Samples of medical marijuana were seen at the open house of Rise Carlisle Thursday.