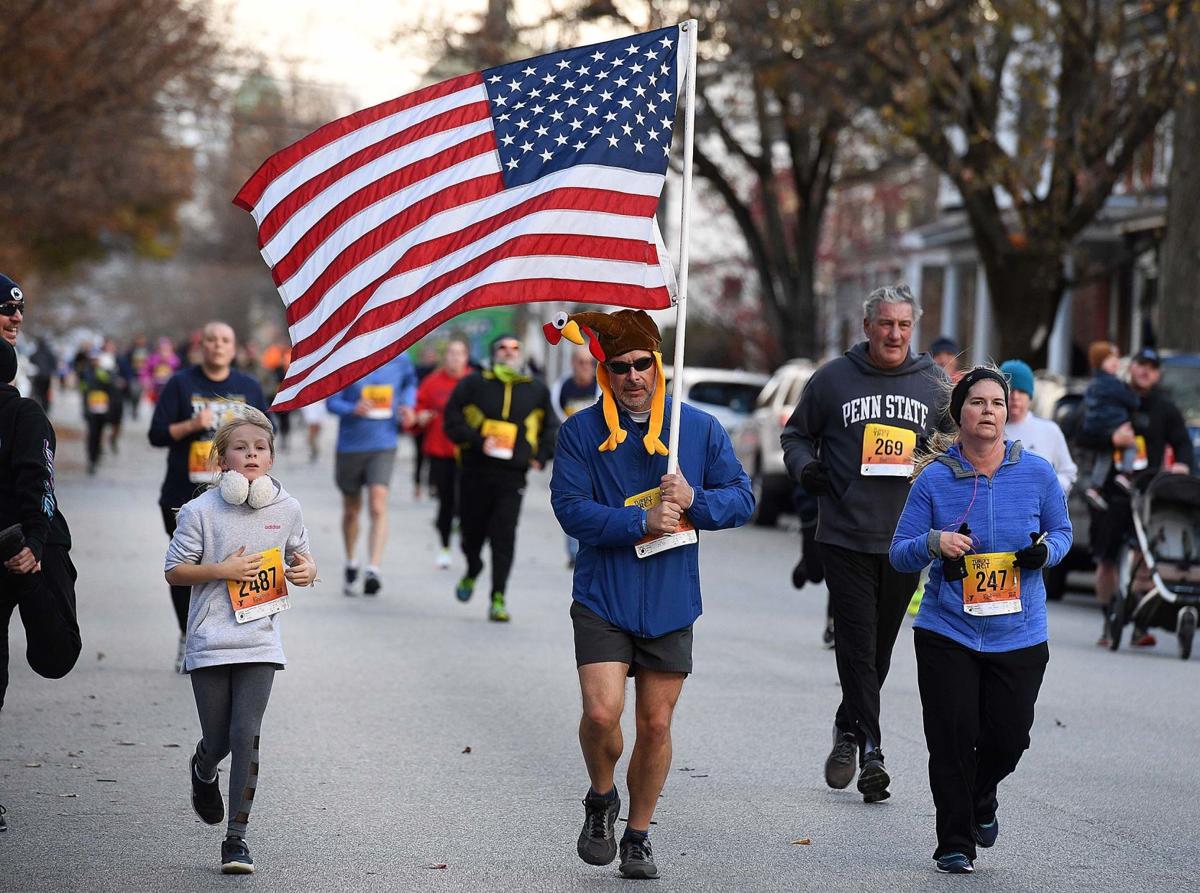 Heading into the final month before the Carlisle Family YMCA Turley Trot, sponsored by Penn State Health, race director Jay Cattron is thankful for his notes.

After a year away from in-person racing, the notes helped him remember all the details that make the race a success — race bibs, porta potties, marketing materials, sponsors and more.

“We’re happy to come back live,” he said.

Registration for the race is underway at carlislefamilyymca.org with a deadline coming up this weekend. Prices increase after 11:45 p.m. Oct. 31 and some race registration options will no longer be offered.

Details are still being worked out about where the crowd will gather prior to the start of the race due to the renovation and construction project at the YMCA, but Cattron said the start/finish line will be at the same location and the race will follow the traditional route.

As of Monday, registrations for the event were only about 30 shy of where race registrations stood on the same date for the last live event in 2019.

“We’re right on target,” Cattron said. “We fully expect that this week that’s when a large majority of our registrations come in.”

Last year, the YMCA held a virtual race due to the COVID-19 pandemic. Cattron said they had no idea what to expect, but it turned out that people wanted to support the organization so many made additional donations on top of their race registration fees. Cattron said it was the highest year for such donations in the years that they’ve given registrants that option.

The virtual race will again be an option for those who may not be in the area or who are not comfortable being in a crowd yet.

“You just have to do what’s best for you and your family. It’s your choice on how you would prefer to support the YMCA,” Cattron said. “We’re happy for all of those folks that decide to support us in whatever way works best for them.”

The Y also brought back a piece of last year’s virtual event for all participants. Anyone registering for the live event or the virtual event can go to a special website to order additional race swag including items such as knit hats, running hats, short sleeved shirts, sweat shirts and yoga pants.

Those who register before Nov. 1 and purchase additional items will receive their items at their homes before race day. To have items by Christmas, orders would need to be made by Dec. 1.

Cattron said he looks forward to the energy and community the race creates, even though he doesn’t get to see much of it as he’s busy troubleshooting problems and leading the volunteers who are setting things up, tearing things down and moving things about. If he’s lucky, he might see about a minute of the race at the start.

But, Cattron said, it’s his favorite part of the race. Announcements are made, the disc jockey plays “YMCA” and there’s 3,100 people standing on South West Street. They’re neighbors, friends and families with little kids in strollers. Some are in costume and some aren’t.

“Seeing everybody’s enjoyment and fun regardless if they’re here for first place, or just to get the family out, or just to start a new tradition, or just to continue an old tradition that they’re coming back to — that’s my favorite part of this, watching all the folks reconnect,” he said.

It takes upwards of 100 people to pull off the race, Cattron said, and there are two areas in which people can volunteer. One is helping with packet pick-up on the Tuesday and Wednesday before the race when participants come by the YMCA to pick up their shirts, race bibs and other items. Those interested in helping in that area can contact Tara Young at the YMCA.

Volunteers also help on the day of the race at stations throughout the course to give direction and encouragement to runners while watching out for the safety of the participants. Those interested in that role can contact Justin Rose at the YMCA.

“It would never be able to be done without the rest of the Y staff that are also volunteering, giving up their Thanksgiving to help us put this on,” Cattron said.