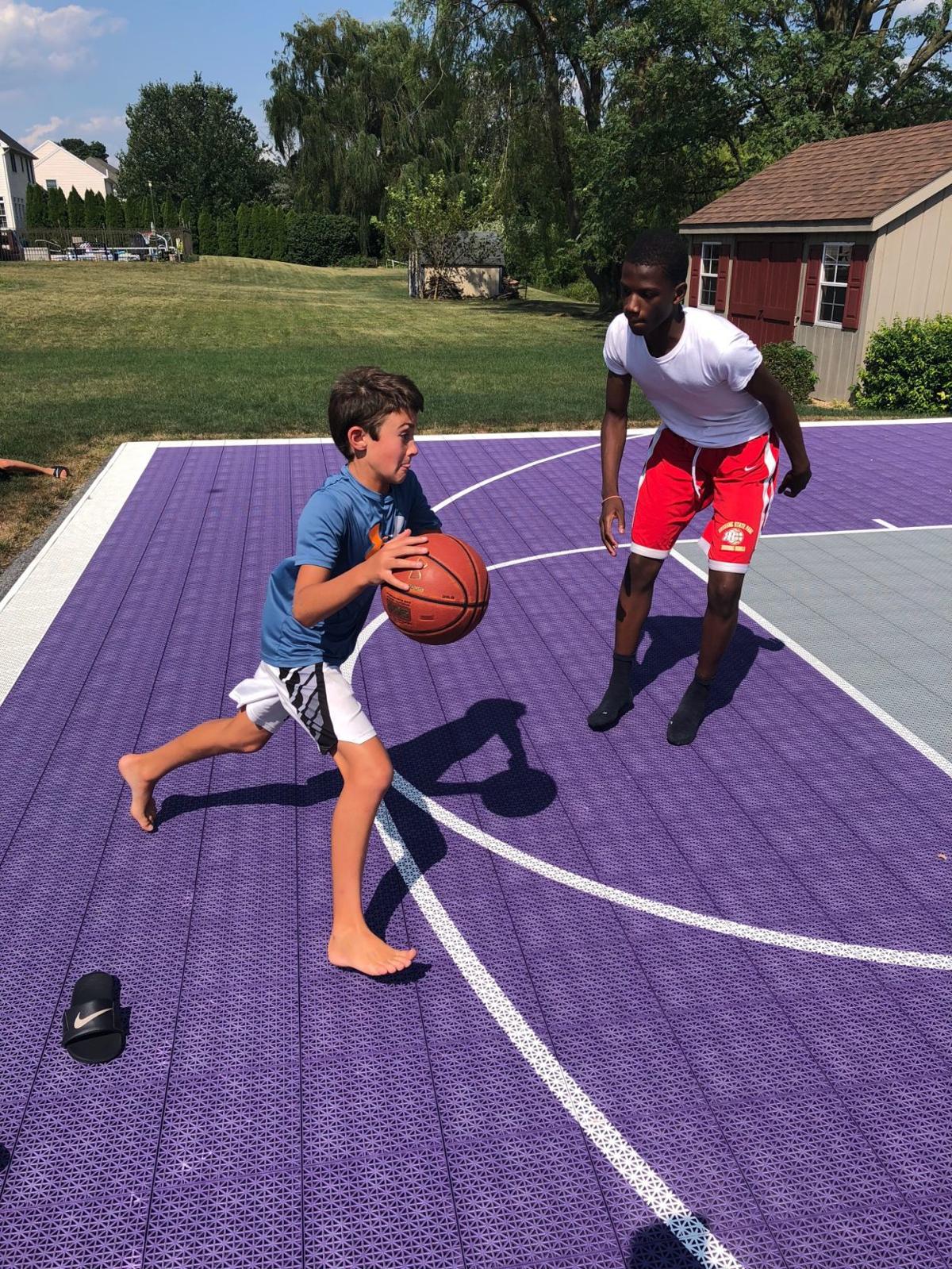 Luke Lehman goes up against Moussa Sidim in a round of backyard basketball. Sidim is staying with Lehman's grandparents, Steve and Shirley, through the Fresh Air Fund. 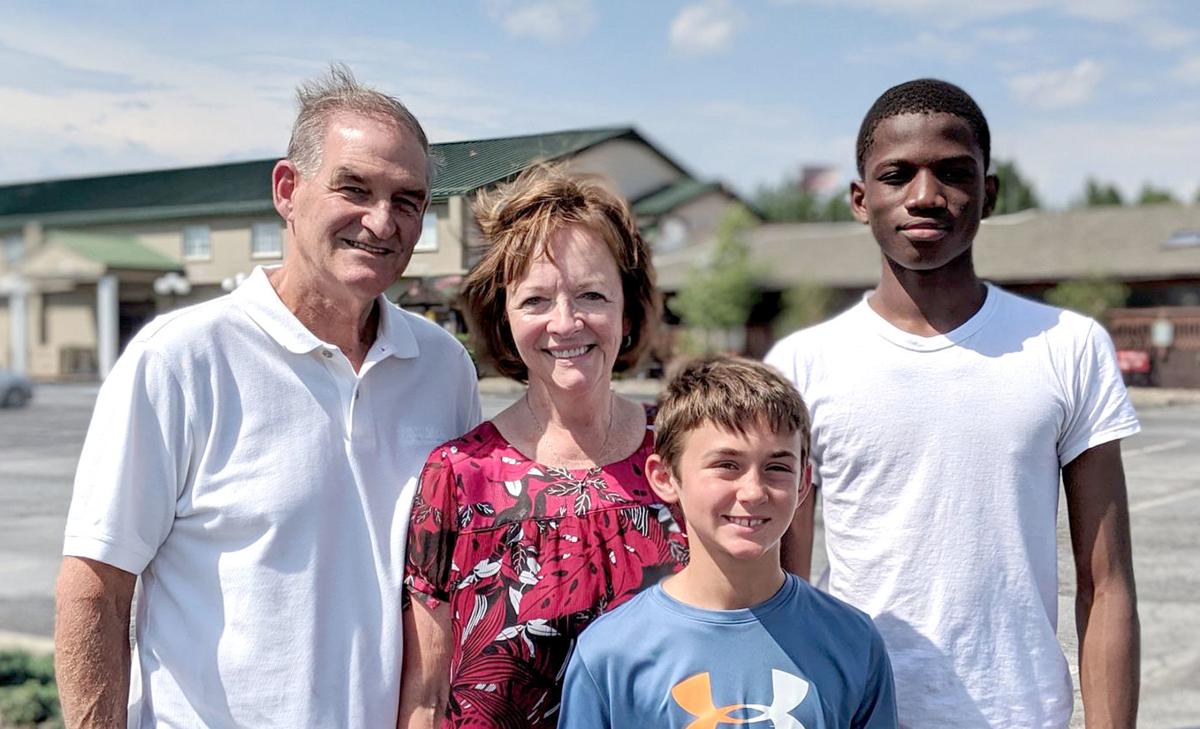 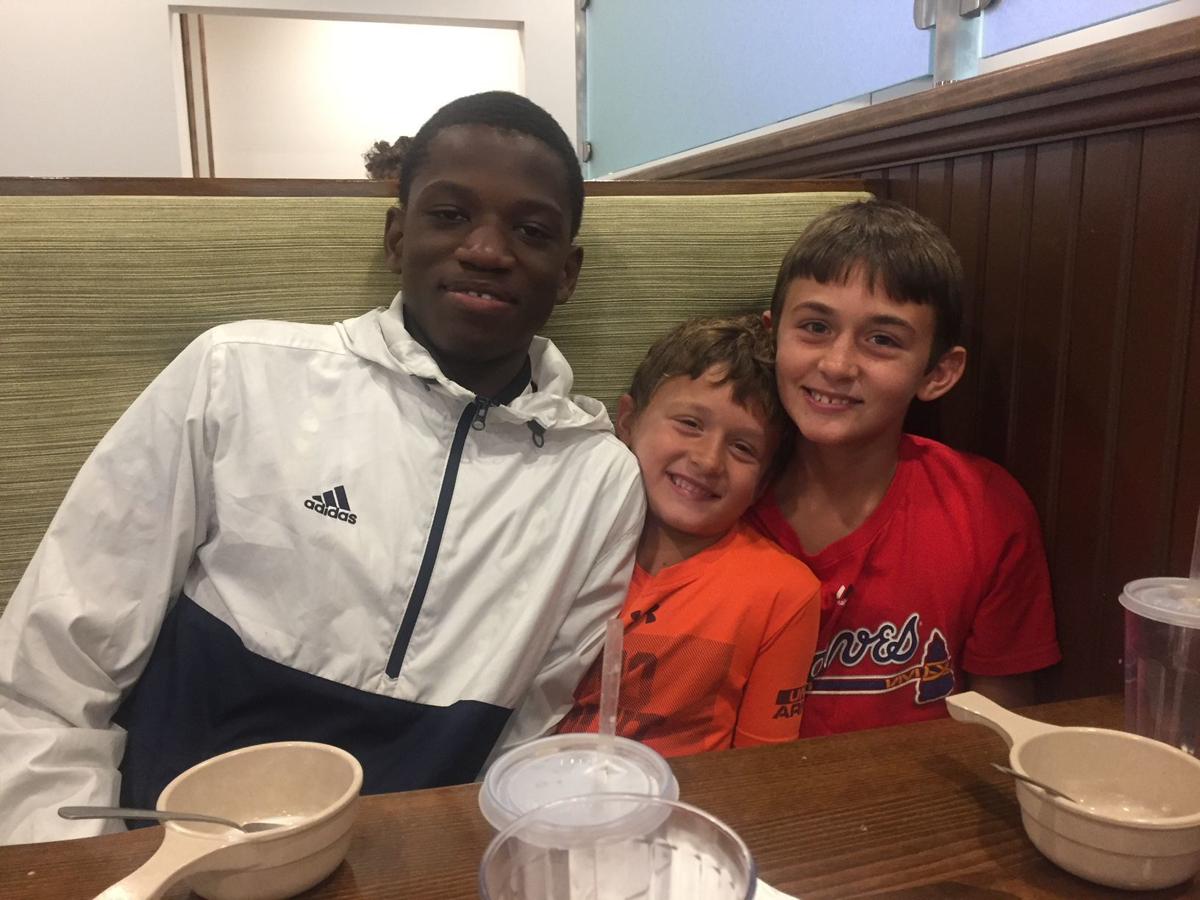 Moussa Sidim plays around with Ryan and Luke Lehman, grandsons of Steve and Shirley Lehman, who are hosting Sidim through the Fresh Air Fund.

The Lehman family has been building relationships with New York City children one summer at a time through their 36 years of volunteering as hosts for the Fresh Air Fund.

Last Thursday, the family welcomed Moussa Sidim, a 13-year old from the Bronx.

“This is the fourth year for Moussa. Our first child we had for nine years, and the next one was 10,” Shirley Lehman said.

“We had some for shorter times,” Steve Lehman said.

The Lehmans have hosted eight children through the program.

Their involvement began in the grocery store when Shirley saw an acquaintance with a child that Shirley knew was not her own. The woman started telling her about the Fresh Air Fund, and it sounded like something the Lehmans would like to do.

“We did it that year and we’ve been doing it ever since,” Shirley said.

“We started when our daughter was six years old and we got a girl that was close to her age. That worked out. We had a nice relationship that lasted nine years,” Steve said.

A boy who came to visit them for a total of 10 years was the same age as their youngest son.

Back when the Lehmans started hosting Fresh Air children, the children stayed for two weeks, Shirley said. Now, it’s only a week.

Steve said he enjoys hearing about Moussa’s life in the city while offering him a more rural experience.

“We’re going to plan on going to HersheyPark one day. We go swimming,” he said.

There’s also a backyard basketball court that sees a lot of action between Sidim and Luke, the Lehman’s 10-year-old grandson, despite Sidim’s clear height advantage.

Sidim is looking forward to the different activities he’ll be doing during his visit and to the quiet environment here in Carlisle as opposed to his home in the city that never sleeps.

Sidim is one of 20 children from New York City’s five boroughs who came to central Pennsylvania to stay with families in Mechanicsburg, Harrisburg, Carlisle, Gettysburg, Dover and other locations.

Shari Petrides of Dover has been hosting Caiis Abrams of Brooklyn for 8 years now. He comes from a single-parent home in Brooklyn and, although most stays are only a week long, he stays with them for about a month. That’s the result of the relationship that has been built between Abrams, his mother and the Petrides family. He’s even come down to Dover for Christmas.

Abrams said he looks forward to the activities with the Petrides family and spending time outside, though he adds that there are some inconveniences about suburban life.

“There’s no corner stories like right by my house. To get to a store, you have at least a 10-minute drive,” he said.

“We had a child with us for 11 summers, and Alex is still very much a part of our family. He comes down. We went to his wedding,” she said.

Popp and Petrides said there are openings available for host families next year, and that interested families should visit the Fresh Air Fund website at freshair.org for more information.

Luke Lehman goes up against Moussa Sidim in a round of backyard basketball. Sidim is staying with Lehman's grandparents, Steve and Shirley, through the Fresh Air Fund.

Moussa Sidim plays around with Ryan and Luke Lehman, grandsons of Steve and Shirley Lehman, who are hosting Sidim through the Fresh Air Fund.