Become a Member
Read Today's E-edition
Share This
Where it Stands: Owner plans new deli as work on Boiling Springs Tavern expected to continue for two years
0 Comments
Share this
1 of 4 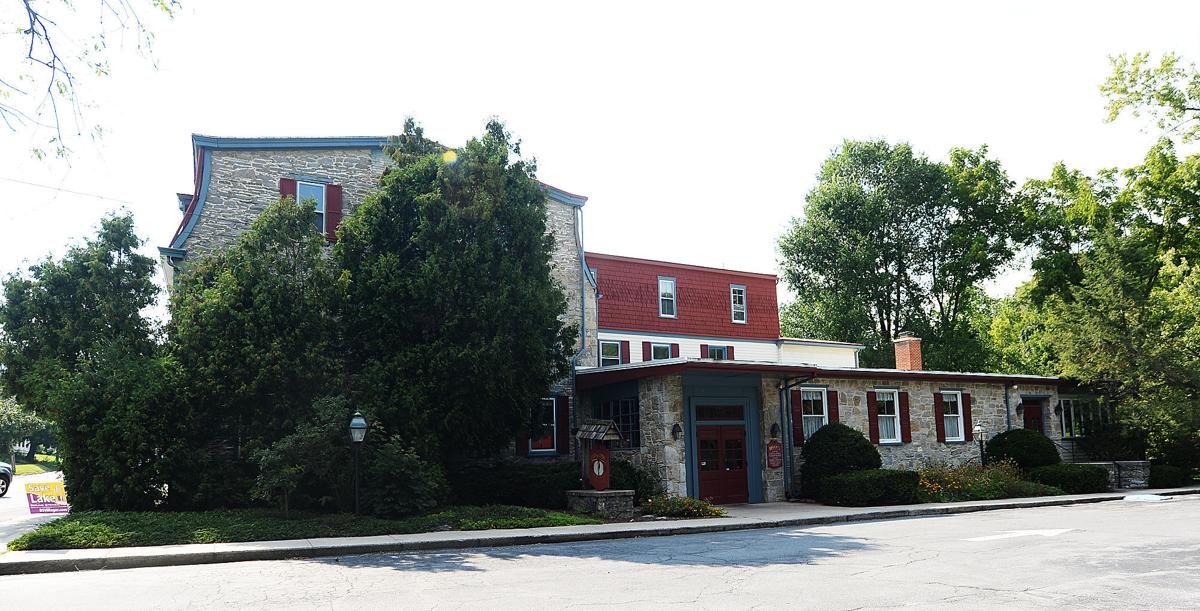 The Boiling Springs Tavern was founded as a hotel in 1932. The owner is undertaking a renovation and expansion project at the tavern. 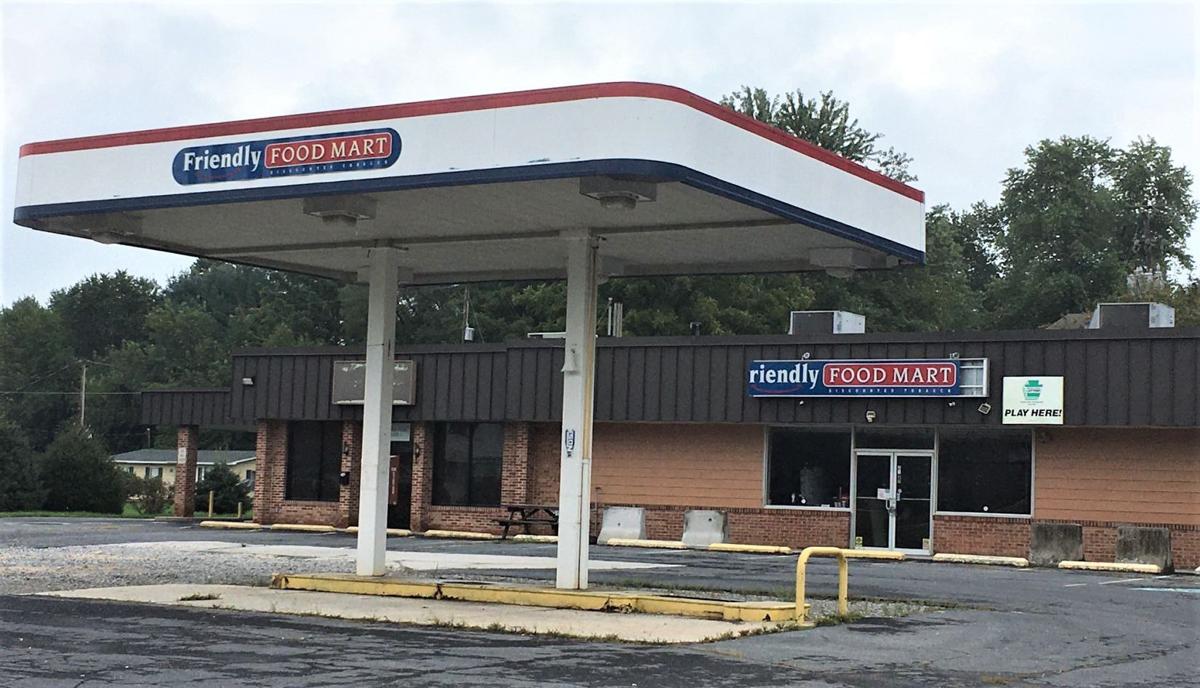 A deli is planned in the location of a former convenience store and bank located on 1 Forge Road in Boiling Springs. 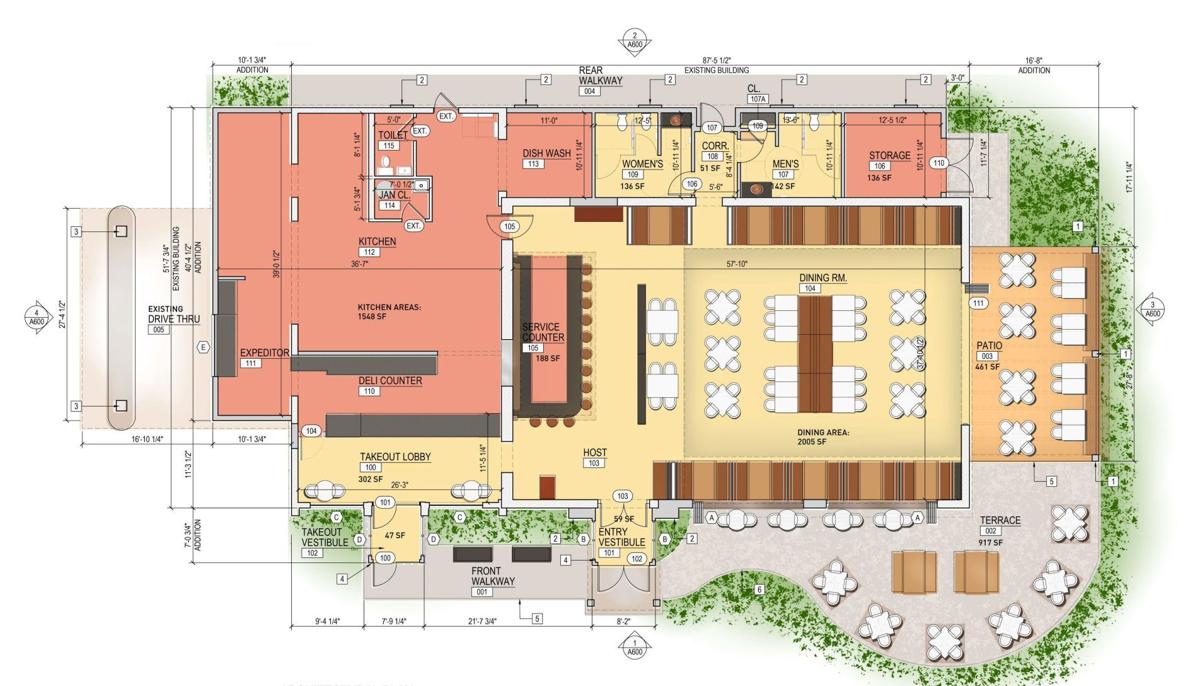 Pictured is the conceptual drawing for the expanded Boiling Springs Tavern.

Renovating and expanding the Boiling Springs Tavern had been on Terry Rickert’s mind since he purchased it in 2017, but once COVID-19 arrived, he said it gave him the opportunity to focus more intently on those plans while the restaurant and the rest of the state shut down.

Rickert said he and his wife, Kathi, opted to close the historic tavern, built in 1832 and located at 1 East First St. in the village, and keep it closed during the pandemic while renovation plans continue, a process that along with construction could take another 2 1/2 years for it to fully reopen.

But, the Rickerts have also been working on another new project — developing plans for a deli that will offer the tavern’s take-out options just down the street in Boiling Springs and in a quicker time frame.

If approved, the Boiling Springs Deli will be located at 1 Forge Road in the location of a former convenience store and bank across from the South Middleton School District campus. Rickert, who also owns Mount Holly Springs Specialty Paper and who is also working on projects at the former Deer Lodge and Mountain Creek Tavern (formerly Holly Inn), is currently working with the former property owners of the convenience store to clear the site of the gas tanks, as well as to remediate hydrocarbon contamination in the concrete. The latter effort requires the concrete to sit for a time before being transported elsewhere to be pulverized, and Rickert said he expects more concrete to go through the remediation process as the site work continues.

Currently, the plan for the deli awaits conditional use approval from South Middleton Township for two features that are not available in the village district zoning: a drive-thru and outdoor seating. Rickert said he plans to keep the bank’s existing drive-thru for the deli.

“We’ve asked the supervisors to approve the combination of a deli and drive-thru,” he said. “I think it’s very important in this pandemic world and for future applications.”

Rickert said he has worked in the restaurant industry for about 50 years, and having a drive-thru and take-out option has clearly shown its importance during the pandemic. The deli will have both the drive-thru and take-out areas, and though the menu has yet to be established, the plans are to offer the take-out menu options formerly offered by the Boiling Springs Tavern. The deli will also have a restaurant area and outdoor seating where patrons can also sit and eat.

The plan also calls for electric charging stations to be added in the parking lot, which would be the first in Boiling Springs.

“I think it’s going to be a very, very popular place,” he said. “We think it will be a good addition to the Boiling Springs area.”

With the approval process potentially taking up to six months, Rickert said the deli should be fully constructed about 12 months after that approval comes in.

The opening of the deli will likely coincide with the first phase of the Boiling Springs Tavern construction.

While the deli will take up the space of the existing structures of the convenience store and bank, the Boiling Springs Tavern’s expansion and renovation is a far more complicated project, according to Rickert.

“There’s been a tremendous amount of work done on this,” Rickert said. “This is not an easy project.”

The reason for the extended closure and length of time for the project is due to the scale of the expansion, as well as due to South Middleton Township’s plans for the village itself. In the township’s efforts to create a more walkable village, the township is considering making certain streets one-way, and in a future phase of those plans that includes Front Street, a portion of which is next to the tavern.

Rickert incorporated those plans into his plans for the tavern, which will help provide more street parking for visitors to the village and tavern, in addition to creating better pedestrian flow in the area.

With the expected changes to the village itself, along with construction work on Children’s Lake, Rickert said he envisions the tavern and village becoming a destination, one that will once again offer a place for visitors to stay.

The expansion of the tavern calls for eight suites to be located on the second and third floors, which can be accessed through a door and elevator on the opposite end of the building from the main entryway to the restaurant seating. The second and third floors also call for more private space for employees and potentially a recreation room for the public and guests, along with what Rickert hopes will be the “most sought after dining room in Central Pennsylvania” with a view of the Children’s Lake, the Bubble and mill race.

“It’s going to be absolutely breathtaking,” he said.

Tour Through Time: Deer Lodge then and now

The first phase of construction, however, will likely be the outdoor dining area, which will encompass a completely new addition to the tavern closest to the Bubble. The plans are to construct an outdoor dining pavilion that will be open air during the months with nice weather, along with a lounge, outdoor bar and a kitchen that will be dedicated to the outdoor guests.

That newer addition will also include an uncommon amenity, but one Rickert hopes will help families and those visiting the Bubble, as well as visitors hiking the Appalachian Trail. Near the Bubble will be two locked restrooms that will each be equipped with its own private shower. The showers would be available for any member of the public, with the target of helping those who just took a dip in the Bubble.

Though the additions will add something very new to the tavern, Rickert said he aims to make the existing tavern itself look more like it did in the past to keep that history alive.

The plans for the tavern will have to be approved for conditional use because of the level of expansion Rickert is undertaking, but he hopes the tavern will be fully reopen in a little more than two years. He noted, however, that with approval of the Pennsylvania Liquor Control Board and state Department of Agriculture, the tavern could open up in phases as each portion of construction and renovation is completed.

The township plans to use residents’ comments toward devising an Active Transportation Plan.

The owners of the Boiling Springs Tavern are planning renovations that will include an outdoor bar and hotel rooms.

What the Future of the Post-Pandemic Restaurants Will Look Like

A year into the Coronavirus pandemic and it's still hard to tell what the new normal will be like, but when it comes to restaurants, there’s a…

Where it Stands: One13 Social to bring upscale, casual dining to downtown Carlisle at former Brick site

Kevin Rockwood, who had managed the Boiling Springs Tavern for 18 years, is the proprietor of One13 Social that is expected to open in November on West High Street.

Where It Stands: Dam repair project at Children's Lake is a year behind schedule

The dam repair project at Children's Lake is running about a year behind schedule due to delays in receiving necessary approvals and the goal of preserving trout season.

The end of a lease in Boiling Springs may have forced Sugar Shack's seasonal closure to become permanent, but its owners are looking at multiple locations and an ice cream truck.

These gorgeous blue sunsets are very unique to Mars

These gorgeous blue sunsets are very unique to Mars

The Boiling Springs Tavern was founded as a hotel in 1932. The owner is undertaking a renovation and expansion project at the tavern.

A deli is planned in the location of a former convenience store and bank located on 1 Forge Road in Boiling Springs.

Pictured is the conceptual drawing for the expanded Boiling Springs Tavern.