Construction is ongoing for the third phase of the Parkview at Boiling Springs development located between York and Springville roads in South Middleton Township. 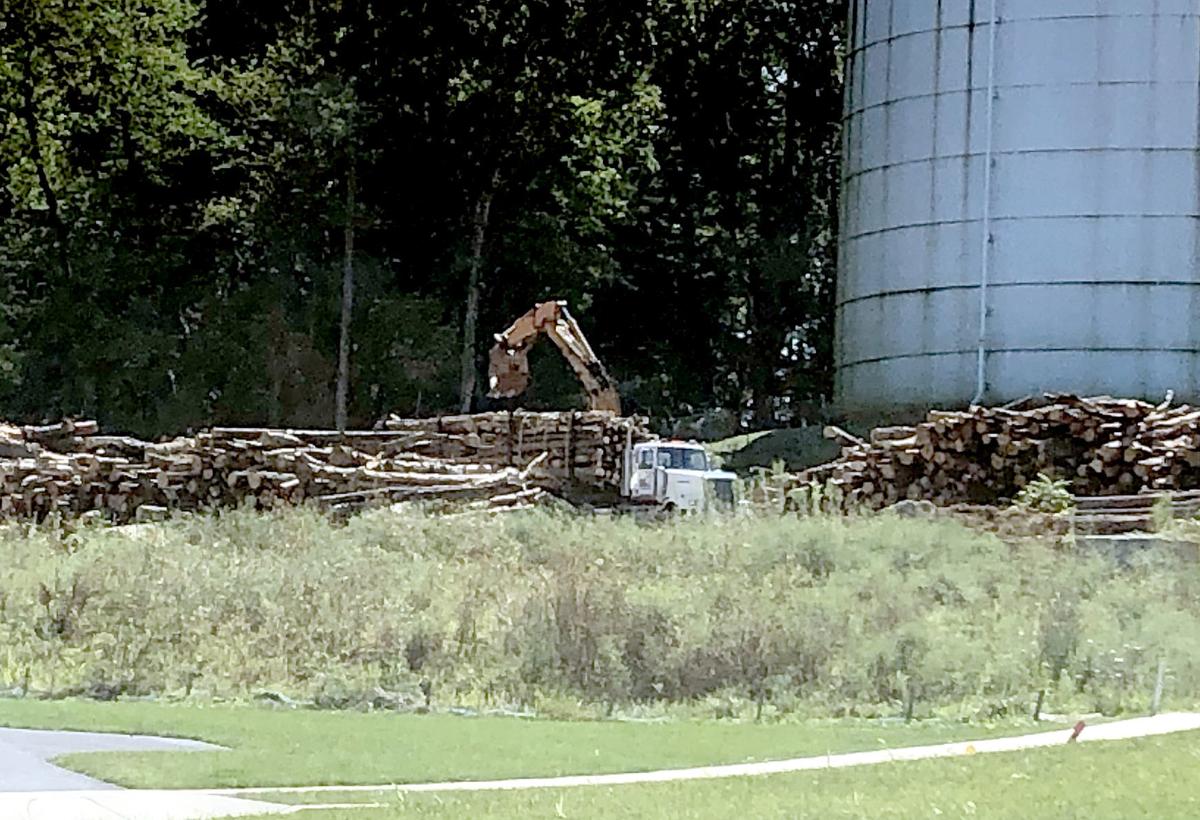 A work crew loads logs onto a truck Friday near an area where trees were cleared as part of construction for phase 3 of the Parkview at Boiling Springs development in South Middleton Township.

On Aug. 29, nearly a dozen residents spent two hours voicing a list of complaints to supervisors about the end result of the removal of hundreds of mature trees for the final phase of the Parkview at Boiling Springs housing development.

The development, constructed by Garman Builders, is located off Route 174 near Spring Meadows Park in a residential moderate zoning district. Township supervisors approved plans for Parkview’s final phase in September 2018, addressing related concerns about wellhead protection and construction blasting at the same time.

Plans for Parkview’s third phase include 27 single-family home lots on 21.7 acres at East York Road and Springville Road. With completion of this third and final phase, the Parkview development will consist of 89 homes. The project engineer is Bony Dawood of Dawood Engineers, who attended Thursday’s meeting.

Hamilton Road residents alleged last month that the developer’s fresh razing of a large grove of trees for Parkview’s third phase obliterated the pleasant forest and wildlife that once abutted their properties. Residents also say that brush debris was pushed onto their property.

The razing has eliminated a natural neighborhood buffer against high storm winds, residents say, which they believe caused a tree to fall onto a moving car during a severe thunderstorm. On Aug. 22, a women was pulling into her driveway in the first block of Hamilton Road when the tree fell on the driveway and onto her car, officials said. The woman was treated at Geisinger Holy Spirit Hospital for a possible head injury but later released.

Township engineer Brian O’Neill said last year that an existing township ordinance stipulates that developers must “minimize the disturbance of removing trees” in wellhead protection zones. As a result, Parkview developers are required to maintain a forested area outside of a planned cul-de-sac. The forested area also must be protected by a fence.

Dawood submitted a letter to township supervisors on Wednesday that included nine proposed steps in response to the residents’ and officials’ complaints. Dawood issued the letter after a private meeting with township officials on Sept. 9 to discuss the matter.

“We have strived to be responsive to concerns raised by the township and the residents,” Dawood said in his letter to the township. “I understand that recent activity has raised new concerns and the board would like resolution and specific actions being taken to address the concerns.”

A community meeting between the developer and property owners along Hickory Court and Hamilton Road and any adjacent property owners to Parkview’s phase three will be scheduled at a future date. A detailed landscaping plan to create an additional buffer between phase three and adjacent properties to act as a screen for both wind and visual scapes will be presented at this time.

Supervisors approved a final land development plan for adding a 4,300 square foot addition to the Keystone Aquatics facility on Midway Drive, among other plans.

Construction is ongoing for the third phase of the Parkview at Boiling Springs development located between York and Springville roads in South Middleton Township.

A work crew loads logs onto a truck Friday near an area where trees were cleared as part of construction for phase 3 of the Parkview at Boiling Springs development in South Middleton Township.