The Boiling Springs Wrestling Club will no longer have to grapple with facility-use fees beyond its ability to maintain programs for the upcoming season.

The South Middleton School Board Monday revised the fee schedule to allow the club and other nonprofit youth sports programs to host activities on weekdays without having to pay an hourly rental fee.

To be eligible, a program must serve as a feeder that channels athletes toward sports offered at either Yellow Breeches Middle School or Boiling Springs High School. Under the revision, user fees will be charged for youth sports program activities held on Saturday and/or Sunday.

This latest revision came two weeks after wrestling club president Mike Longenberger told board members an earlier revision made in June would increase fees beyond what the club could afford to offer weekday practice sessions on Tuesdays and Thursdays from late October through late February.

Each season, club volunteers donate 90 minutes each practice to work with children in two age groups, kindergarten through third grade and fourth grade through sixth grade. Many wrestlers on the high school team went through the club program, Longenberger said.

He said the revision approved Monday will save the club almost $7,000 in user fees, enabling it to keep intact its schedule of practice sessions. However, the club is still looking at an expense of $3,000 to $4,000 to host four weekend home matches this coming season.

As a result, the Boiling Springs club is in negotiations to have a club in Bermudian Springs host one of the league matches, Longenberger said. If successful, this could save the local club about $1,000 in fees.

“It is a much better situation,” Longenberger said of the revised fee schedule. “We have already taken some of the money we are saving to replace a mat in the wrestling room.”

The original plan was to purchase a new $8,000 regulation mat for the high school varsity wrestling room. But the increase in user fees has forced the club to scale down the purchase to a $3,000 discounted mat that was used in a recent tournament.

Athletic Director Karl Heimbach was tasked by the board last year to review the district’s policy where certain groups were exempt from having to pay an hourly fee for the use of district facilities. Under that policy, it was hard to determine where some groups fit into four levels of classification.

“I give credit to Karl,” board president Michael Berk said Monday. “The original policy was unwieldy. It was not being followed.”

School board members could vote as early as Sept. 16 to approve a contract with Turf, Track & Court LLC of Hershey.

The revision made in June reduced the number of classifications from four to two with Group 1 being school district athletic teams, school clubs, booster clubs and PTOs. Group 1 also applies to some programs organized through the South Middleton Township recreation department.

While Group 1 programs are exempt from an hourly fee, groups under the other classification had to pay the fee. The Wrestling Club had its classification changed, and the user fees would have made it cost-prohibitive to book space at the high school for the weekly practice sessions. In response, the board asked administrators to meet with club leaders and other youth sports advocates to work out a solution.

A meeting was held on Oct. 14 between Superintendent Matt Strine, Director of Business and Operations Nicole Weber and representatives of youth wrestling, soccer, baseball, football and cheerleading.

“It was very friendly,” Strine said Monday. “We both understood each other.” He said that while the district needs fresh revenue to offset facility costs, the administration didn’t want to place a hardship on feeder programs that offer student athletes an opportunity to pursue a passion.

“They can’t have weekend events without weekday practice,” Strine said of the wrestling club and its tradition of offering a local venue for regional league tournaments.

The coordinator position could come up again for discussion at the board meeting scheduled for 7 p.m. Sept. 16.

The revision approved on Monday creates a three-tiered classification system with district teams, clubs and PTOs under Group 1, youth sports programs under Group 2 and any other organization under Group 3.

Group 1 continues to be exempt from hourly rental fees. Group 2 will be exempt Monday through Friday but charged for Saturday and Sunday. Group 3 will be charged rental fees for weekday and weekend use.

“We had a very productive meeting,” Strine told board members Monday. “The talks will bring some money back to the district but it will not be the high levy we had proposed before.”

The district did the right thing when it addressed the concerns quickly, Berk said. Administrators now have improved lines of communication with leaders of the wrestling club and other youth sports programs, he said.

“We all appreciate the quick turnaround,” Longenberger said. “We really had a good conversation. He [Strine] invited us back. He wants to meet with youth sports in April.”

Where It Stands: Boiling Springs High School track/turf project is out for bid

Contractors have until Jan. 30 to submit bids on the proposed track and turf replacement project at the Boiling Springs High School stadium.

The reason Finland is always voted the happiest country

Russians lay flowers at monument as form of anti-war protest

Russians lay flowers at monument as form of anti-war protest

GDP Grew Annually At 2.9% In Q4, Despite Recession Fears

GDP Grew Annually At 2.9% In Q4, Despite Recession Fears 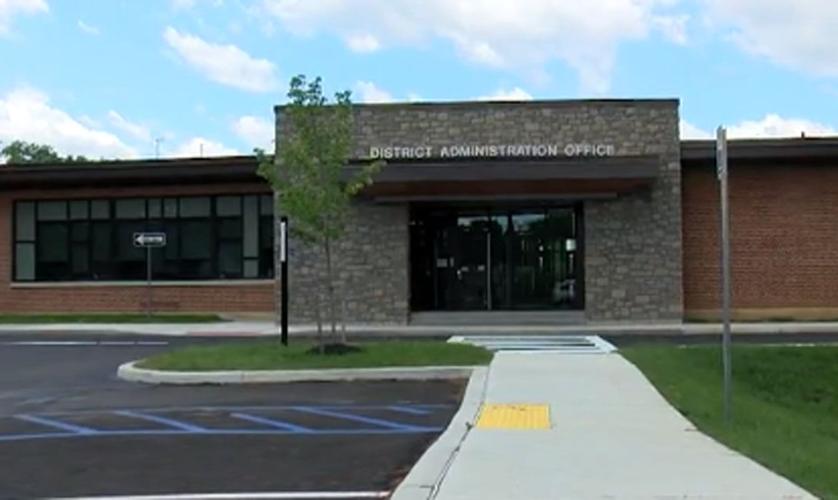 The South Middleton School District offices are in Boiling Springs. 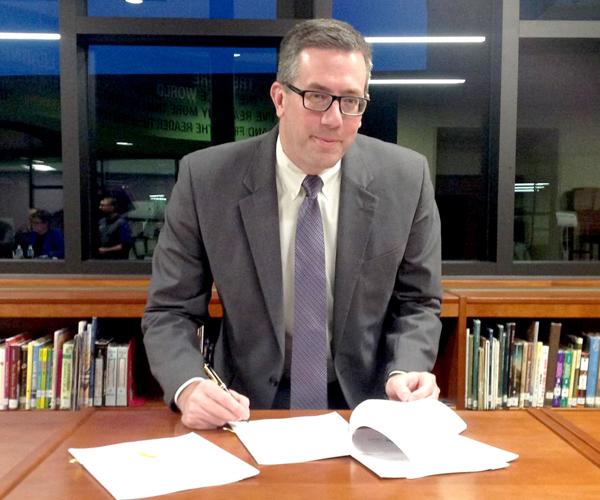