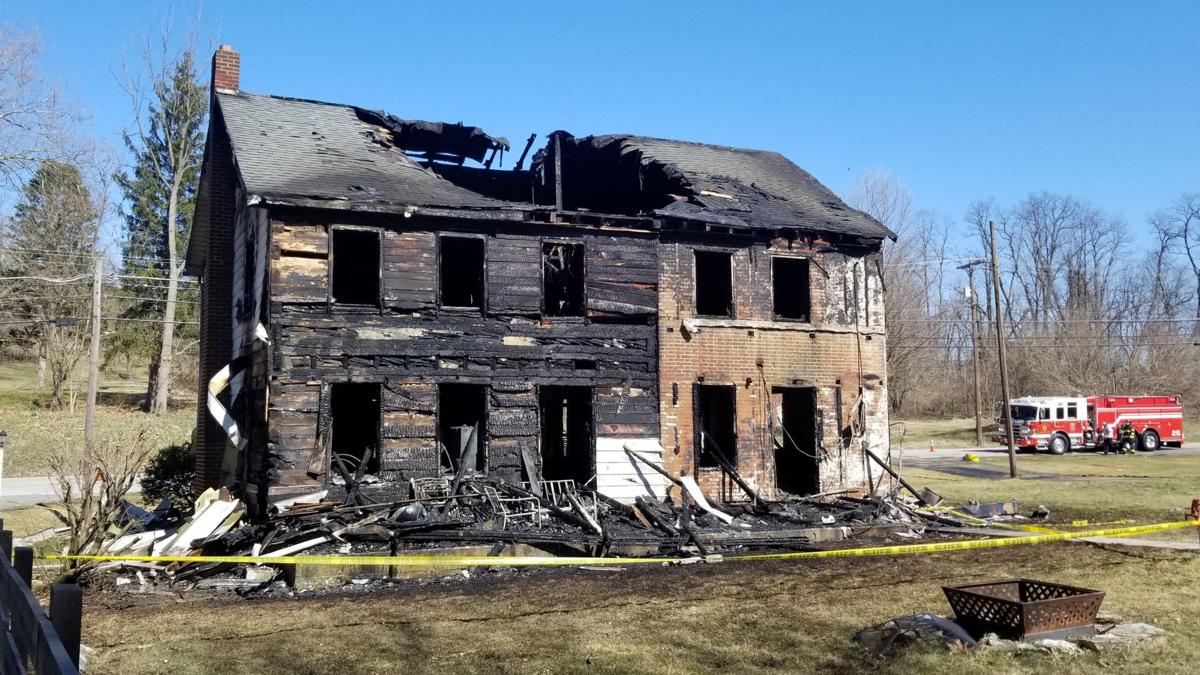 An early morning fire resulted in two deaths in Monroe Township on Monday. 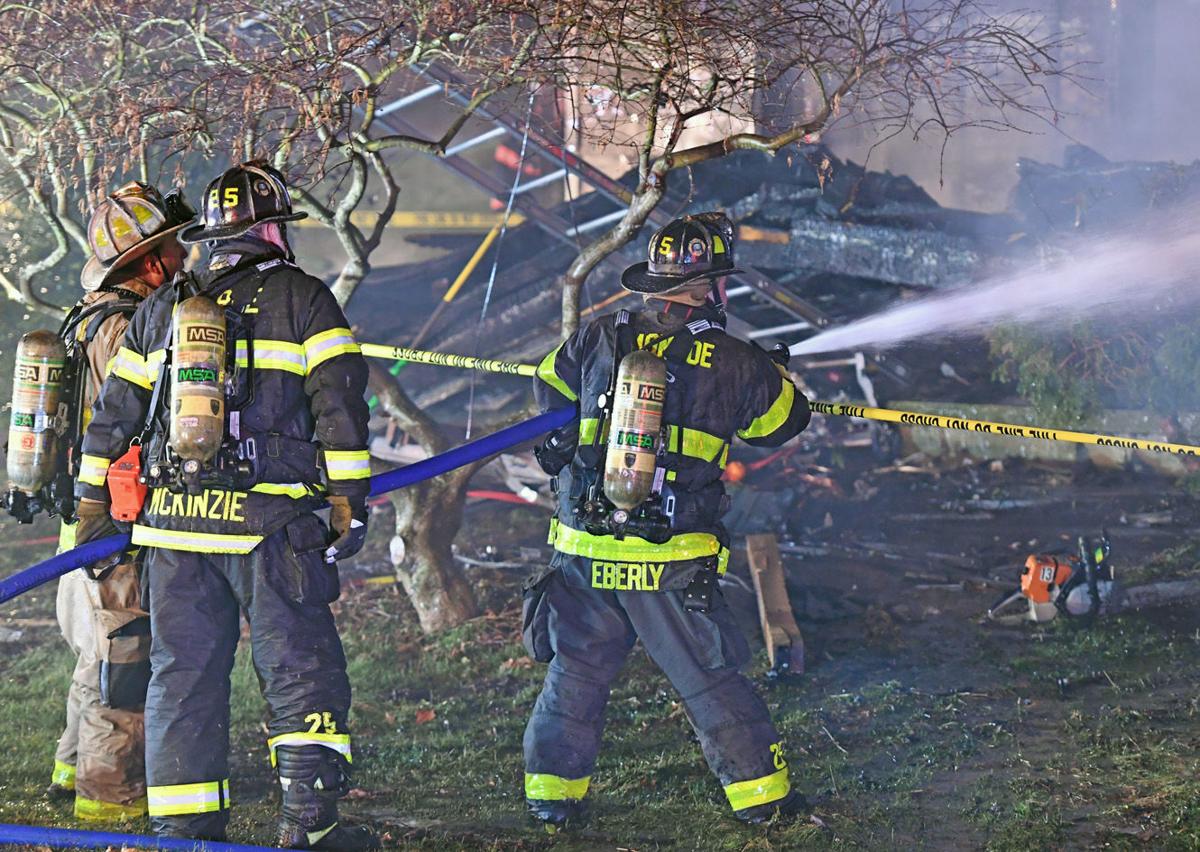 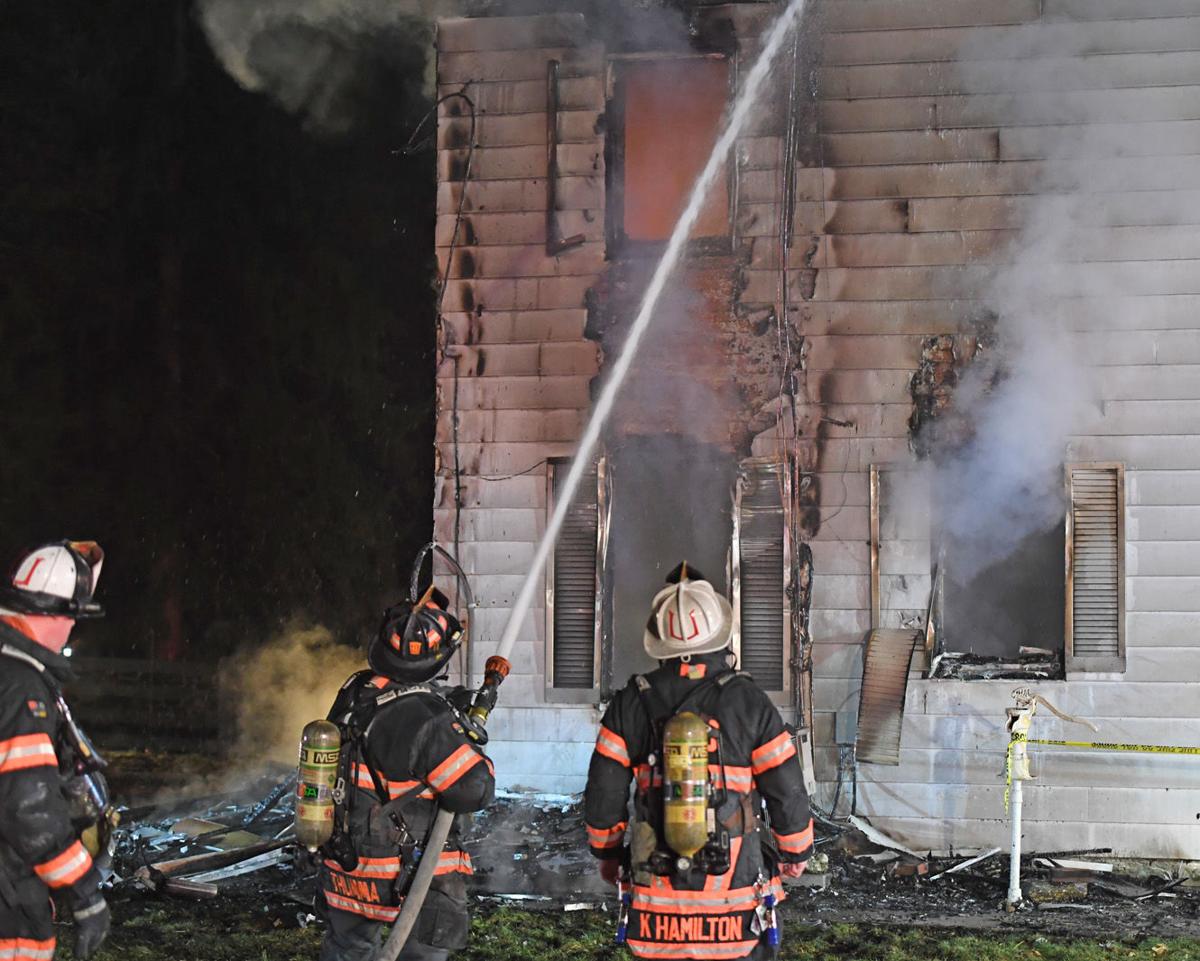 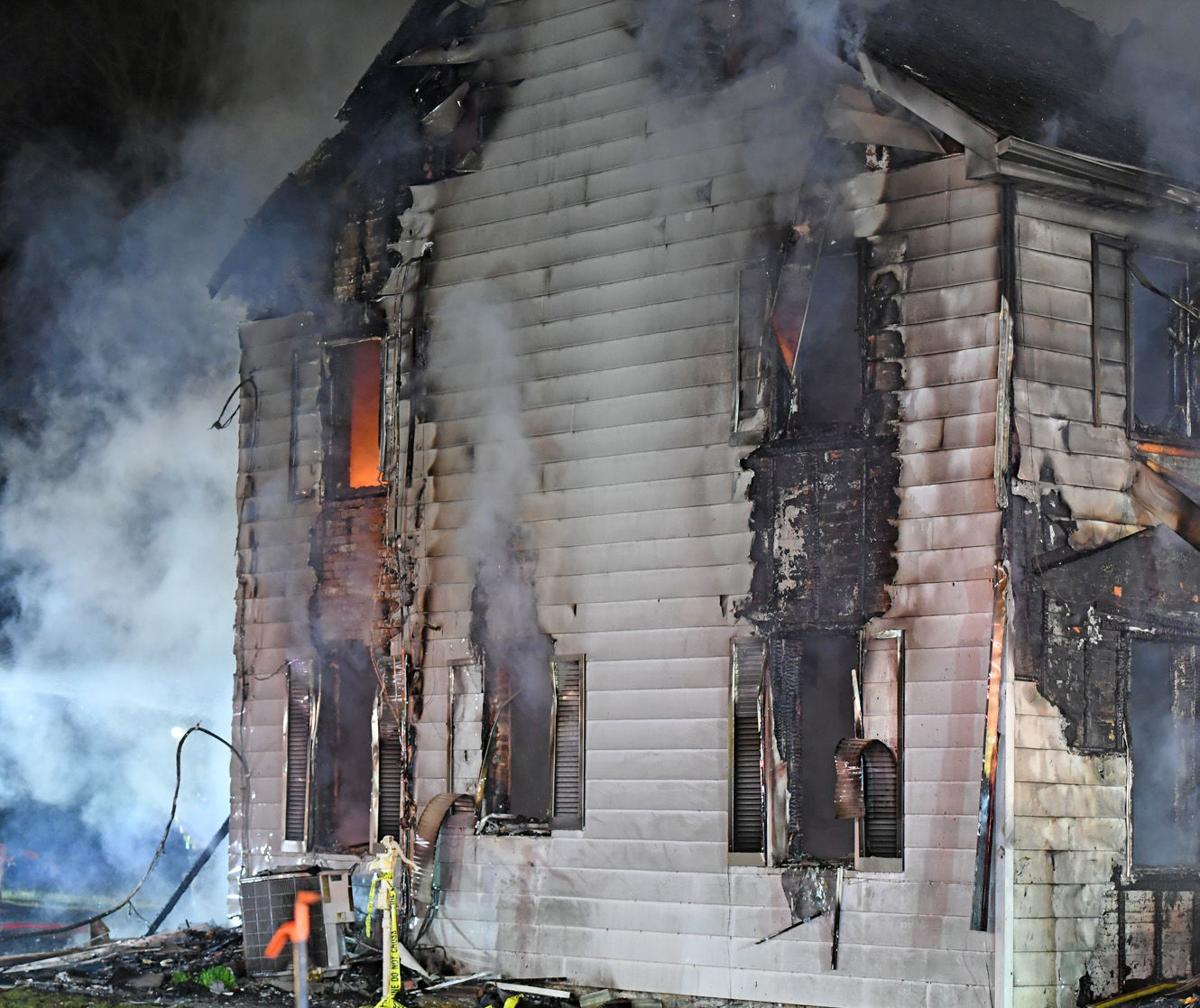 A fire rips through a home in Monroe Township early Monday morning.

Two people, including a firefighter, were killed and one man was severely injured in a house fire early Monday morning.

Crews were dispatched to the fire in the 1500 block of Boiling Springs Road in Monroe Township about 1:30 a.m. Citizen’s Fire Company out of Mount Holly Springs was among the first crew to arrive, finding the home fully engulfed and a woman trapped inside, according to Pennsylvania State Police.

Firefighter Jerome Guise, 34, of Citizen’s, was killed when the front porch roof collapsed on him, according to Cumberland County Coroner Charley Hall.

The female resident, Jessica Diehl, 36, was found dead on the second story of the home, according to police. A male occupant of the home was transported to Lehigh Valley Burn Center with severe injuries, police said.

Hall did not release any further details about Diehl’s death, but said autopsies on both victims are scheduled for Tuesday.

“Our sincere condolences go to both families of the deceased and to the Citizen’s Fire Company members during this time,” State Police said in a news release.

In a statement posted to its Facebook page, Monroe Fire Company reported that others were injured in the fire.

“We can also report that injuries were sustained as a result of the fire; however, the number of injured, their conditions, and identities will not be disclosed at this time,” the statement said.

Police said more than a dozen fire departments as well as fire police officials and local EMS assisted at the scene.

Pennsylvania State Police said its fire marshal is investigating the cause of the fire.

Guise was a 17-year member of the fire department and lived at the Village Fire Station in Boiling Springs, according to a statement from the fire company.

“He was an all-around good and caring man as described by his brothers and sisters in the fire department and always willing to help anyone who needed assistance,” the fire company said in a statement.

Guise is survived by three children, his mother, father and sister.

The statement expressed the appreciation of Citizen Fire Chief Tim Yingst and the members of the company for the condolences, prayers and support.

“We ask that you please allow the family and department time to mourn the loss,” the statement read. “The details of the funeral arrangements are unknown at the present time and that info will be posted as it becomes available.”

The Cumberland County Critical Incident Stress Management Team was also deployed to assist the first responder community. A post on its Facebook page listed contact information for team members and it encouraged first responders to reach out to team members to process their emotions on the loss of a fellow firefighter.

“Please do not try to carry the burdens of stress alone,” the group wrote. “Many people are hurting, and many other people want to help ease that hurt as much as possible.”

Firefighters and state police often work together, and Monday morning’s loss is striking both communities hard, said State Trooper Megan Ammerman during a press briefing at the scene Monday morning.

“The fire and the police, we’re all a family,” she said. “It’s a very difficult time for all the firefighters in the area, especially.”

“We are a brotherhood and will get through this,” he said.

The statement from Monroe Township Fire Company asked that the public remember those who were at the scene, as well as the dispatchers at the Cumberland County 911 center who took the initial 911 calls and handled the radio traffic during the fire.

“We ask for your consideration during this time and for your thoughts and prayers for those souls who perished, those who may have been injured, physically and mentally, and for their families,” the statement said.

Elected officials and neighboring municipalities also offered condolences to the Guise and Diehl families as news of the fatal fire spread.

Gov. Tom Wolf ordered the state flag to be flown at half-staff on all state facilities, public buildings and grounds in Cumberland County to honor Guise until sunset Monday and to do the same on the day of the funeral, which has not been announced. The U.S. flag should remain at full staff during the tribute.

Wolf also invited all Pennsylvanians to participate in the tribute.

Lt. Gov. John Fetterman noted the loss in a post on Twitter in which he wrote, “Deeply saddened by the tragic loss of this brave firefighter in the line of duty.”

“Guise gave his life helping those in need. His death is a tragedy for his family and the firefighting community,” they wrote. “We are saddened but remain reassured that the close-knit firefighting community will pull together and get through this horrible time. Our hearts are heavy today and our thoughts are with the Guise and Diehl families.”

Carlisle Police Department added that “station doors are open to the men and women of the fire companies who need anything.”

A Florida boy is asking people and agencies across the nation to take a one-mile walk or run Tuesday evening at 7:30 p.m. to honor Jerome Guise.

Fire companies from throughout the county and other states lined a route from Paxton Street in Harrisburg to Interstate 81 to the Holly Pike and ending at Hollinger Funeral Home in Mount Holly.

Tributes to Jerome Guise and condolences to the fire company have been posted on social media since word went out about his death.

The son of the man severely injured in Monday's fire on Boiling Springs Road in Monroe Township has set up a GoFundMe page to help his dad "rebuild at least part of his life."

Also on Thursday, township manager Cory Adams announced that a Jerome Guise Memorial Fund was established on Monday by township supervisor Ron Hamilton, who also serves as South Middleton’s emergency manager coordinator. Adams said the trust is open “for anyone who wants to donate” and is dedicated to the Geist family.

The Guise family Thursday night accepted a check for $90,265.49, a token of the outpouring of support that both the family and the fire company have experienced since firefighter  Jerome Guise's death in a March 9 house fire.

An early morning fire resulted in two deaths in Monroe Township on Monday.

A fire rips through a home in Monroe Township early Monday morning.