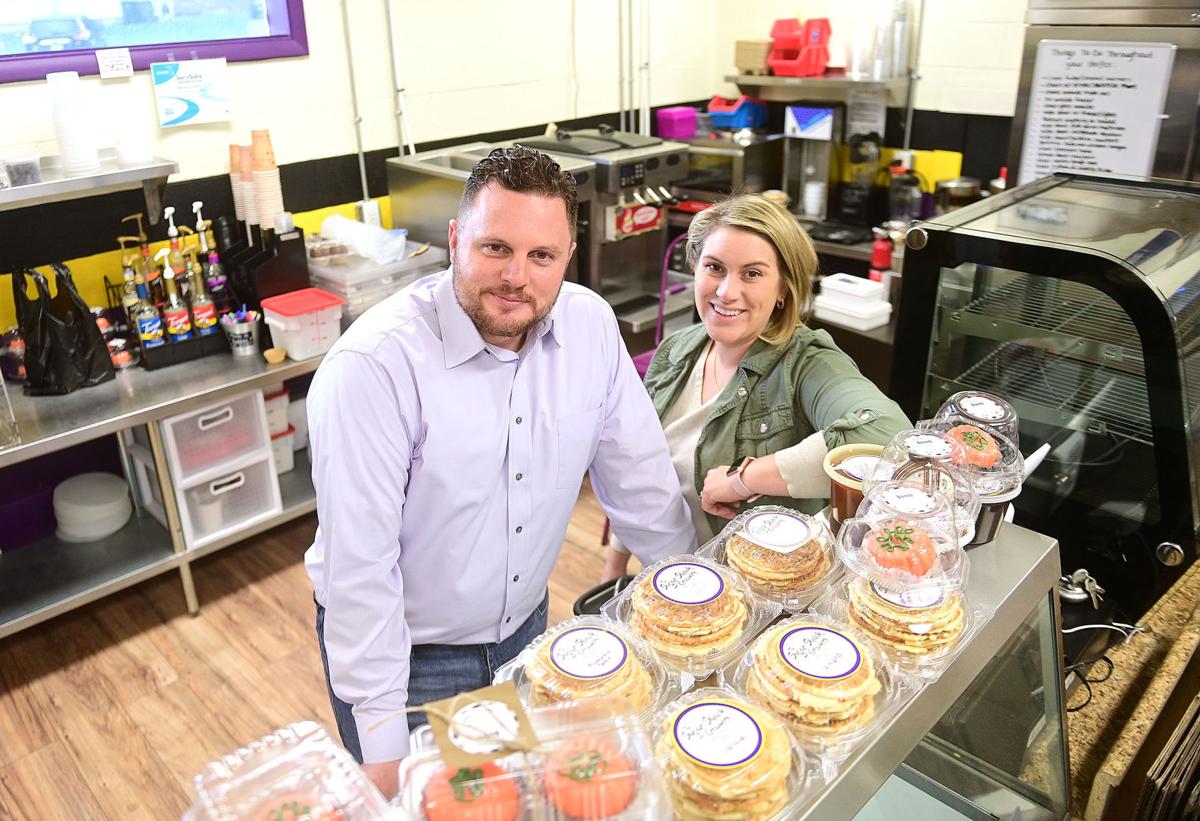 Owners of the the former Sugar Shack in Boiling Springs, Jake and Melissa Pierce, have closed their current location and will open several other shops in Dillsburg and elsewhere in South Middleton Township. 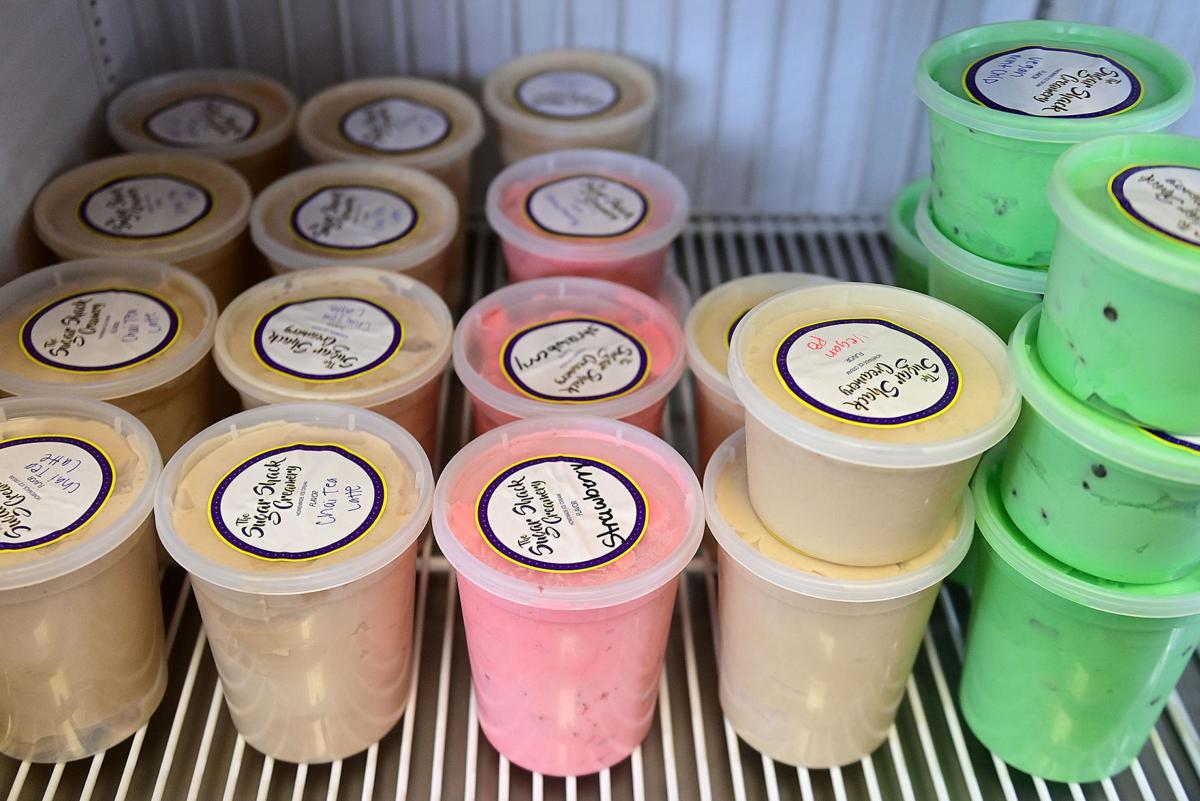 The Sugar Shack in Boiling Springs became known for its variety of ice cream flavors from strawberry to the more unusual chai tea latte and vegan peanut butter. 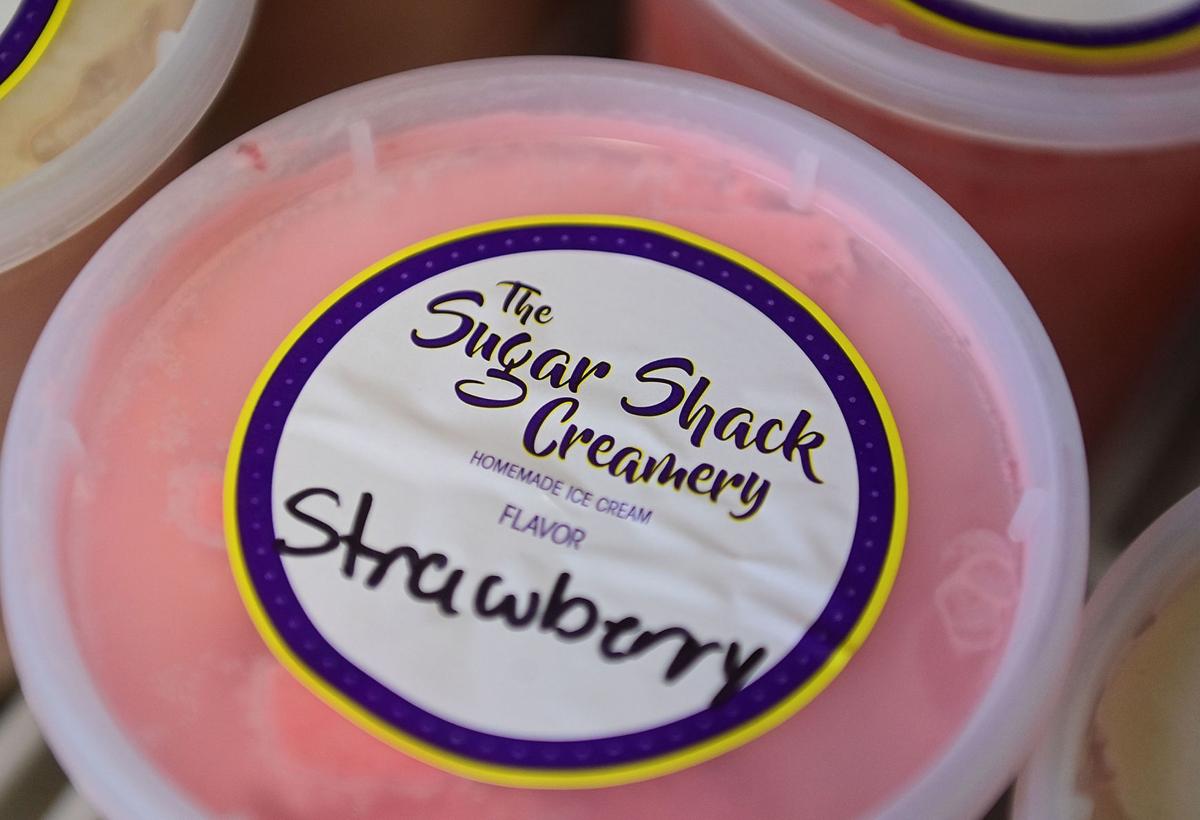 Jake and Melissa Pierce of Boiling Springs are preparing to open Candy Mountain Creamery locations across the area, which will offer some Sugar Shack favorites. 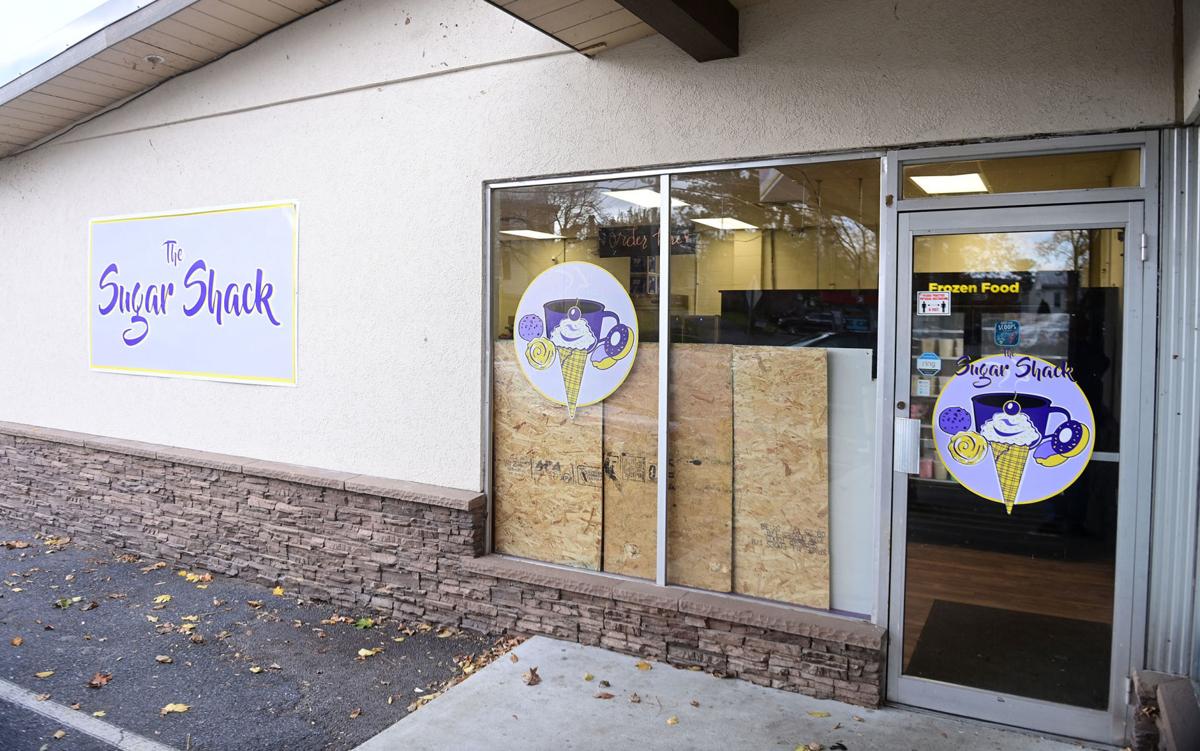 The Sugar Shack in Boiling Springs recently closed, but owners Melissa and Jake Pierce have plans to open Candy Mountain Creamery in two locations this spring.

The end of a lease in Boiling Springs may have forced Sugar Shack’s seasonal closure to become permanent, but its owners are looking to the future with an expanded business model that includes multiple locations and an ice cream truck.

Melissa and Jake Pierce moved to Boiling Springs in 2015, and the idea for the business first came to Jake as he made biweekly trips with their seven children to find ice cream.

“There was nothing locally,” he said. “My wife has always been extremely creative with making treats. We saw a town need for something.”

Melissa said she wasn’t keen on the idea at first, and it took about a year for her husband to convince her and to find a location. They ended up leasing the spot near the Getty Food Mart off West First and Front streets.

Since then, Melissa’s interest has grown exponentially, as has the Shack’s menu offerings.

“It started as more of a hobby,” she said. “We imported everything. Then in the second year, I got a little more adventurous and we started making ice cream on site. By year three, we were fully making everything on-site.”

There was a learning curve in being self-taught owners of a creamery, but the couple made a name for themselves in the village for their creations of gourmet ice cream and delivering on virtually any type of ice cream cake concoction since they made everything from scratch themselves.

It’s developed into a passion that has led Melissa to seek out college classes, and in January she’ll take courses at Penn State University’s Berkey Creamery, one of the few options across the country to offer lessons in ice cream creation.

Even though business was growing, complications arose this year when their lease ended and they were unable to renew it with the owner of the property.

Their solution ended up being right across the street.

Terry and Kathi Rickert are the owners of the Boiling Springs Tavern, and even though the Rickerts are working on renovations to the tavern, as well as the development of a deli down the street, they were keen to help the business owners.

“I judge character for a living. That’s how we find employees,” Terry Rickert said. “Jake and Melissa are the two most dynamic individuals I’ve ever met. Our partnership will be very rewarding and very successful. The fact that I grew up on a dairy farm may have something to do with it, but Melissa Pierce has incredible talents.”

Where it Stands: Owner plans new deli as work on Boiling Springs Tavern expected to continue for two years

The Rickerts plan to put those talents to good use at multiple locations.

Though both the Rickerts and the Pierces wanted to stay in the village of Boiling Springs, no option was immediately available. Discussions are ongoing about the Pierce family operating an ice cream truck likely to start in the parking lot of the tavern, but there are two locations already on track to open next year.

Now named Candy Mountain Creamery — a title Terry Rickert got from the folk song “Big Rock Candy Mountain” — the Pierce family in partnership with the Rickerts will operate a location off Route 15 in Dillsburg and another location at the former M&T Bank off Route 34 in South Middleton Township at the border with Mount Holly Springs. The Rickerts last week closed on the deal for the M&T Bank site, and plans are underway to start moving equipment to the Dillsburg location.

Terry Rickert said the plan is to open the Dillsburg location in early spring and aim to have the South Middleton location open by late spring or early summer. There may be some delays to those goals depending on approval from local leaders, inspections, licenses and COVID-19.

Global supply chain issues are already posing issues for the Pierces. Melissa said the problems are affecting even plasticware, in addition to the waiting periods for the much larger equipment and appliances.

Once the locations are open, though, the Pierces are looking forward to what that may entail. Sugar Shack had eventually developed 160 flavors of ice cream and introduced acai bowls, which Melissa said were particularly popular. She also created vegan ice cream options that are especially rare to find at ice cream shops.

Other food menu items are also under consideration as the Pierces plan to keep the locations open year-round and to serve morning, lunch and evening crowds.

With two locations on the horizon and a third location being sought for Boiling Springs, it’s certainly a scenario Melissa didn’t expect when she first agreed upon the business with her husband.

“We’re very appreciative that he [Terry Rickert] is taking a leap of faith on us,” she said. “What we are offering and what we’re accomplishing together is something we’d never been able to do on our own. It’s a true partnership.”

Owners of the the former Sugar Shack in Boiling Springs, Jake and Melissa Pierce, have closed their current location and will open several other shops in Dillsburg and elsewhere in South Middleton Township.

The Sugar Shack in Boiling Springs became known for its variety of ice cream flavors from strawberry to the more unusual chai tea latte and vegan peanut butter.

Jake and Melissa Pierce of Boiling Springs are preparing to open Candy Mountain Creamery locations across the area, which will offer some Sugar Shack favorites.

The Sugar Shack in Boiling Springs recently closed, but owners Melissa and Jake Pierce have plans to open Candy Mountain Creamery in two locations this spring.