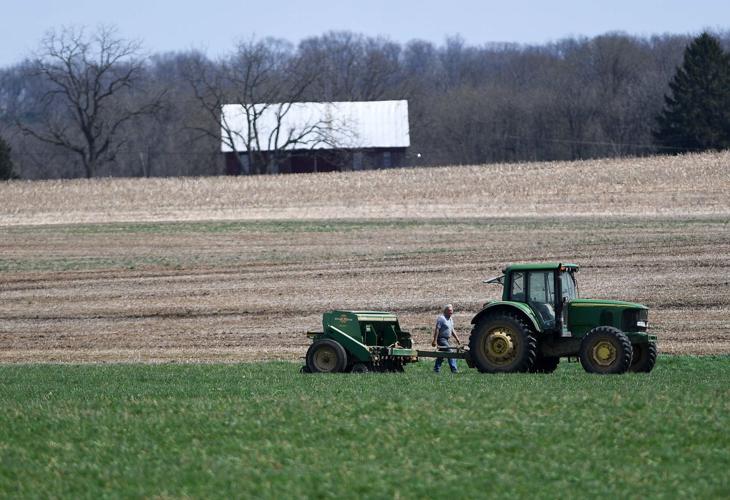 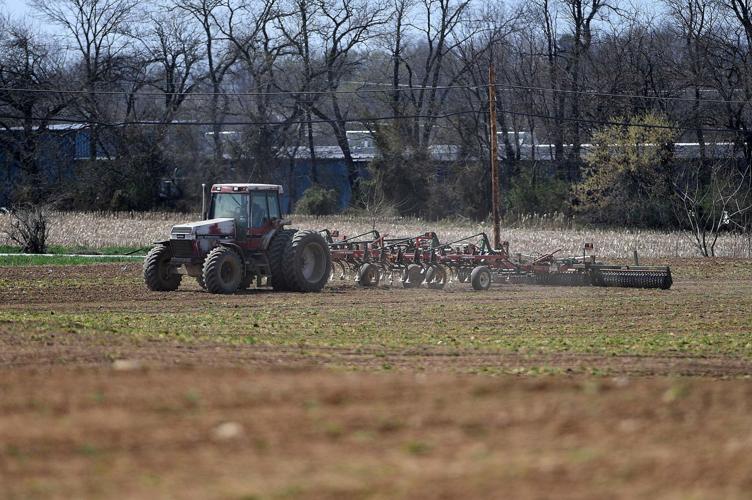 Heavy rain and snowfall over the past year may complicate the judgment call local farmers already need to make in deciding when to move equipment and plant crops.

“We got over 60 inches of precipitation last year,” said Andy Yencha, a water resources educator for the Penn State extension office in Cumberland County.

“A normal year is just over 40 inches,” he said. “The ground is still saturated in places mostly due to the elevated water table. In the lower spots, the water table is above ground. In some cases, the water level is now high enough that areas that never had springs now do.”

To plant crops, farmers need the soil to dry out enough to minimize the risk of compaction, Yencha said. “Soils should essentially be light and airy.”

Drier soils allow for the development of tiny pockets that make it easier for seeds to access the air, water and nutrients needed to establish a root system and break through to the surface.

Running heavy farm equipment over saturated ground would compress the soil to the point where the tiny pockets are eliminated, choking off access to the essentials. There is also the chance the equipment would get bogged down in the field, costing the farmer precious time.

So much depends on the experience of the farmer and what they know about the soil conditions and type of seed, Yencha said. Every year farmers have to weigh a variety of factors to determine the optimum window of time during which to plant their crops, he said.

If they plant seed in soil that is too wet, they risk not only compaction but fungal activity and rot. But if they wait too long to plant, weather conditions later in the growing season could work against the life cycle of the plants, reduce crop yields and cut into earnings.

Water saturation in soil can also influence how farmers fertilize their fields, Yencha said. Heavy rain can flush the nutrients down beyond the reach of developing root systems.

“I predict that if we don’t get any significant rainfall in April, it will be a pretty normal planting season for farmers,” Yencha said. “The fields are drying out. But if it starts raining again, it (the water table) will come up quickly.”

He said there is not a lot of storage space left in county aquifers. Farmers may also encounter more sinkholes this year caused by the elevated water table dissolving the underlying limestone geology.

Jon Becker, superintendent of the Mayapple Golf Course in South Middleton Township, said he is concerned compaction from golf carts running over wet soil could hinder the ability of the turf to recuperate.

Heavy precipitation over the past year has caused the water table underneath the course to rise to 12 feet from its normal depth of 45 feet, Becker said. There were places where standing water created unintended obstacles for golfers, he said.

Mike Crochunis, spokesman for Engineering District 8 of the Pennsylvania Department of Transportation, said the heavy rain last year reduced the number of days contractors had available to repave roads and paint road markings before the onset of inclement weather in the late fall and winter.

The tighter schedule made it impossible for the contractor to complete the paving of miles of Interstate 83 in York County. It also delayed completion of bridges in Dauphin and Lebanon counties.

The frequent rain also delayed the ability of PennDOT contractors to plant grass and shrubs to stabilize and restore the ground disturbed during site work and earth-moving, Crochunis said.

If you could sum up 2018 in central Pennsylvania in one word, it would probably be “wet.”

The moment the Chinese spy balloon was shot down, ordered by President Biden