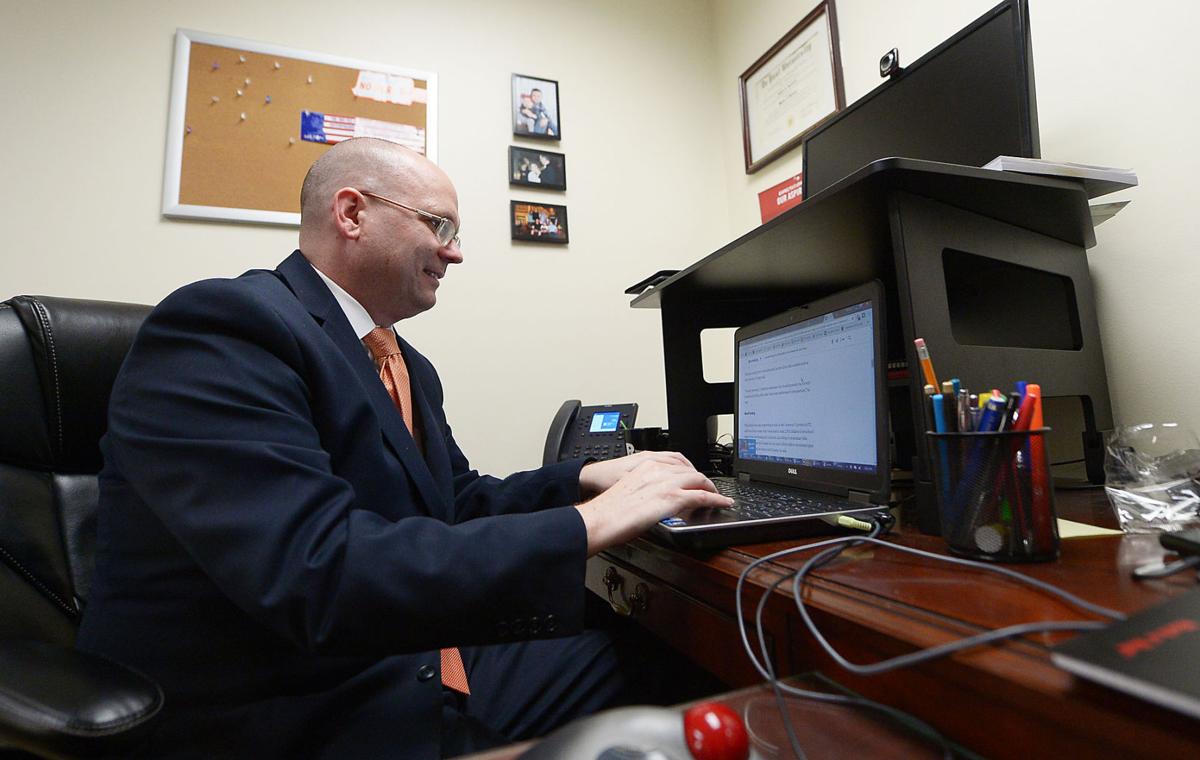 In Post-World War II when Congress looked to establish a European aid program, it turned to the Brookings Institution for help with an objective study and recommendations for the Marshall Plan.

When the 9/11 Commission was established to report on the events leading up to the 2001 terrorist attacks, many members of the commission were heads of think tanks and board members, according to author James McGann, who runs the Think Tanks and Civil Societies Program at the University of Pennsylvania.

“You can’t point to a more critical policy issue,” he said. “That commission was almost entirely composed of think tanks.”

Both the Harrisburg-based Commonwealth Foundation and the Pennsylvania Budget and Policy Center from Keystone Research Center seek to influence public policy, though often with different objectives.

Nathan Benefield, vice president and COO of the Commonwealth Foundation, said the foundation is a free-market think tank that focuses on key state issues, including fiscal policy, economic policy, state budget, education policy and labor policy. They consider themselves nonpartisan in that they do not get involved in party politics, but others consider their research to lean libertarian. Analyses on its website often focuses on the state budget, liquor store privatization and “paycheck protection,” as well as other anti-union issues.

Benefield said the foundation was formed after organizers saw what think tanks were capable of in Washington, D.C.

“A group of people in Pennsylvania looked at the think tank model in Washington, D.C., and the influence it had in the ‘80s,” he said, adding that the state didn’t have an economic policy think tank at the time.

He said the foundation was influenced by the American Enterprise Institute and the Heritage Foundation, and the Commonwealth Foundation provides information to lawmakers and the public as well as entrepreneurs and job creators on possible economic solutions and policy changes.

Like the Commonwealth Foundation, the Keystone Research Center considers itself nonpartisan in that it attempts to reach and engage lawmakers on both sides of the aisle. However, others argue the center is left-leaning, and executive director Stephen Herzenberg said the center has mission values that revolve around economic and civic problems, including upward mobility and equal education.

Most recent reports from its tax and budget policy project, the Pennsylvania Budget and Policy Center, include taxing natural gas producers and raids on special funds to balance general fund. The Keystone Research Center also recently released data arguing to raise the minimum wage in the state.

How much influence think tanks and special interest groups have on legislators and policy is up for debate.

While think tanks have historically been asked to help with independent research, Dickinson College political science professor Kathleen Marchetti said the aspect of lobbying for influence isn’t as straightforward as some make it seem.

“Lobbying frequently gets a bad rap in the media,” she said. “It’s easy to paint (interest groups) in a really negative light because the focus is primarily on money. Political scientists failed to come to a final conclusion as to what the influence actually is. There are many different ways to define influence.”

According to Marchetti, interest groups generally either give funds to everyone equally or give to their friends and lawmakers who already agree with them.

“NRA probably gives to Republican politicians because they are the most likely people in Congress to support their agenda,” she said.

Marchetti said the real power, especially for groups like the NRA, involve the power to mobilize voters. The NRA has a sizable membership of single-issue voters who go to the polls when it comes to issues or candidates revolving around gun control and Second Amendment rights.

McGann said it’s this kind of mobilization that had an effect in the past presidential election. He said Donald Trump was effectively able to unite and mobilize groups of people who felt their opinions weren’t being heard.

“Small groups mobilizing can be equally based on the negative as well as the positive,” he said.

Mobilization can be key at the ballot, but information can help determine a vote. Marchetti said a lawmaker turning to an interest group for information is not necessarily a red flag. “Even with large legislative staff, they can’t know everything about every issue. They turn to lobbyists for information.”

She cited that during discussions over the Affordable Care Act, a number of medical organizations and doctor organizations lobbied for that bill, as did insurance companies. Both knew more about the issues that the lawmakers were considering.

This week The Sentinel takes a Closer Look at special interest groups and think tanks.

What are special interest groups and think tanks?

What influence do think tanks have on public policy?