Coronavirus update: How the Catholic Church won $1.4B in virus aid; Starbucks to require masks 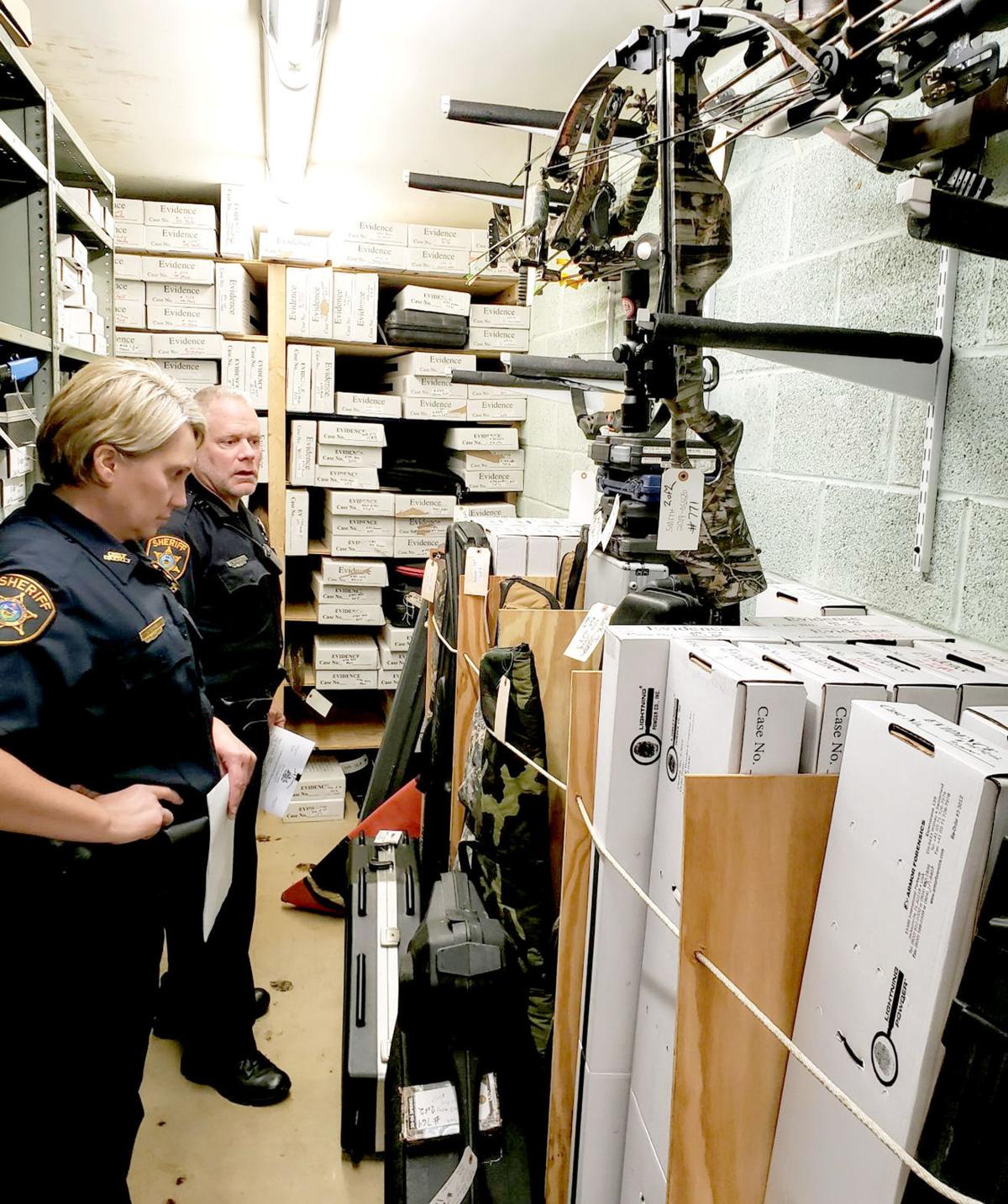 One of the largest gun collections in Cumberland County belongs to the sheriff’s office, and thanks to a recent change to the state Protection From Abuse law, that collection is growing.

The sheriff’s office has long been responsible for collecting weapons required to be surrendered because of PFA orders. However, a new law designed to better protect victims of domestic violence contained two provisions that increase the number of guns the office needs to store.

First, the law — which was signed by Gov. Tom Wolf in October 2018 and became effective in April 2019 — mandates that all, rather than some, defendants who receive a final PFA order relinquish their firearms while the order is active. Second, it greatly restricts the third-party safekeeping option to firearms dealers and attorneys, banning the practice of giving them to friends and relatives.

Those changes were recommended by advocates for victims of domestic violence, who cite a study showing that domestic violence victims are five times more likely to be killed if their abuser possesses a firearm.

Some counties have received so many more guns thanks to the law that they have encountered storage issues. That isn’t a problem in Cumberland County, both because the county has ample storage space available and because the sheriff’s office anticipated the law’s passage, according to Sgt. Bryan Ward of the Cumberland County Sheriff’s Office.

“I was fortunate enough to be included in various capacities before the law ever came out, so we knew it was coming,” Ward said.

All weapons are stored in an undisclosed location but on county property, he said. He had little difficulty finding storage space that could be altered to meet security requirements for housing firearms, but Cumberland County is “absolutely the minority” in that regard.

The county is storing about 350-375 guns, a number that has risen in the past three to four years even before the changes to the PFA law, he said. He’s seen about a 25 percent increase in the rate at which guns are turned into the sheriff’s office since that law passed earlier this year.

How the firearm PFA law works

When a defendant is served with a final PFA order, he or she has 24 hours to turn firearms and other weapons over to law enforcement or invoke the narrow third-party safekeeping exception. Weapons can be turned over to the sheriff’s office, state police or a municipal police station.

Almost all PFA defendants at least make an appearance of complying with the law, Ward said, providing a list of firearms they possess and surrendering those guns. A defendant who does not turn over all firearms is guilty of a second-degree misdemeanor.

“I’m sure we’re lied to a lot, but the (weapons) are not in plain view, and I can’t search the house,” Ward said.

Pennsylvania does not typically permit the sheriff’s office to perform a search of the defendant’s house and seize weapons because of Fourth Amendment privacy concerns. A 2016 Joint State Government Report said that can nonetheless create compliance problems.

When a PFA expires, Ward searches the Pennsylvania Instant Check System database to ensure the person can lawfully possess a firearm. He will then contact the defendant and schedule a time for the person to regain possession of their gun.

Preemption: Why towns are powerless to consider gun control measures

Preemption prevents towns from passing their own gun control measures, and is the reason Pennsylvania cities are often sued when they tackle the topic.

The five state representatives whose districts include Cumberland County have indicated a reluctance to back bills that would curb the rights of gun owners.

Experts provided tips on how to store your weapons in your car safely.

Closer Look: The state of guns in Cumberland County

The Sentinel is examining the state of responsible gun ownership in Cumberland County in this five-story series.