High Crimes: The pros and cons of marijuana decriminalization
2 comments
Share this
{{featured_button_text}}
1 of 2 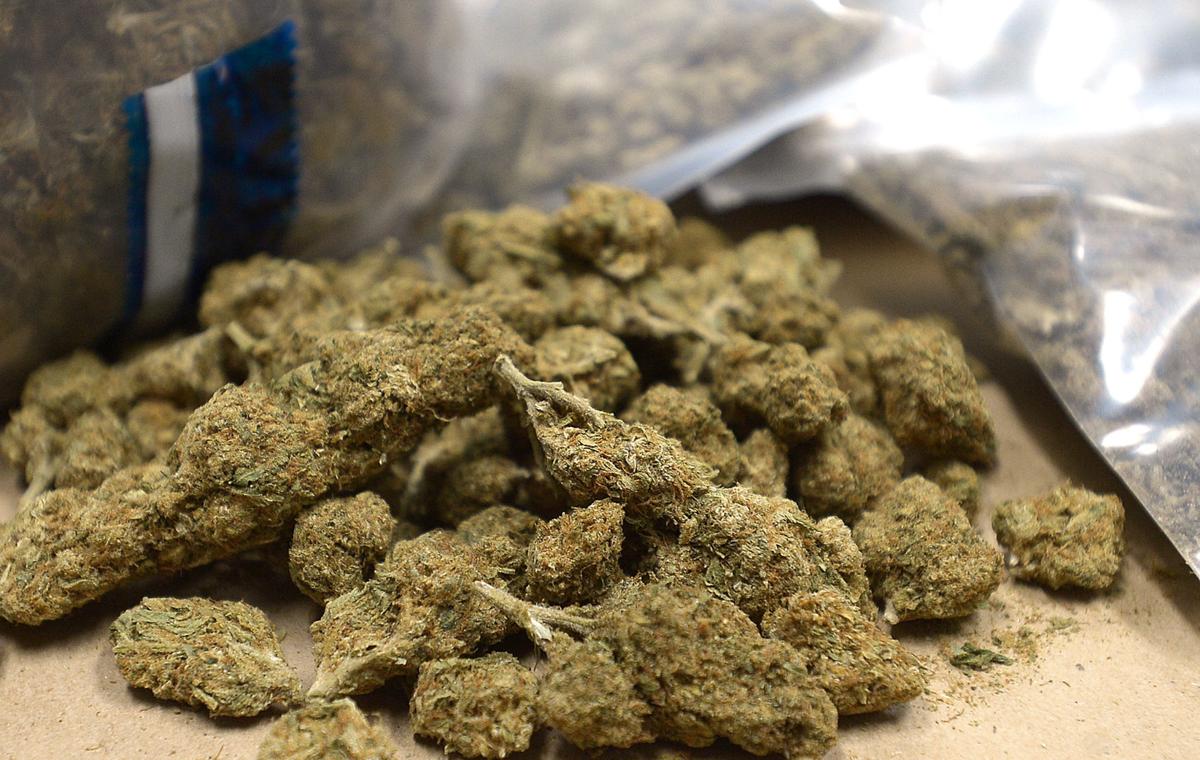 Less than 10 miles cost Marlena McConnell a night in jail and possible extradition back to Pennsylvania from her home in Mobile, Alabama.

McConnell, who was 22 at the time, was traveling south on Interstate 81 in Franklin County late one night in October when she pulled onto the shoulder of the highway to sleep, according to Pennsylvania State Police.

When police arrived at her vehicle they discovered she was in possession of a small amount of marijuana. Police took McConnell into custody and she was held in Franklin County Jail on $5,000 bail, police said.

She was released a day later after paying a bail bondsman, according to court records. A bench warrant was later issued for her arrest for failing to appear for subsequent hearings.

Had McConnell traveled less than 10 miles farther and crossed the Mason-Dixon Line, she likely would have been sent on her way with only a fine. That is because in 2014 Maryland decriminalized the possession of a small amount of marijuana, while in Pennsylvania the offense remains a misdemeanor.

Since the 1970s, more than 20 states have decriminalized or legalized marijuana.

As with most public policy, the decision to reduce the penalties for marijuana possession comes with a host of possible costs and benefits.

Pro: Marijuana decriminalization could reduce the negative impacts on defendants

At least 6,290 people across Pennsylvania were charged with only misdemeanor possession of a small amount of marijuana and possession of drug paraphernalia in 2016, according to court records.

For these people, the consequences of the arrest and possible conviction can have serious ramifications.

Jail time is rare for people who are guilty of only these offenses. Less than 1 percent of these kinds of cases in Cumberland County in 2016 resulted in jail time, according to court records.

However, a person who is convicted of possession of a small amount of marijuana can face financial sanctions and several collateral consequences. A conviction for this charge carries driver’s license suspension of six months for first offense and can bar a person from obtaining federal student loans.

Decriminalization could eliminate the remote possibility of jail and would likely eliminate those collateral consequences while reducing the amount owed for a financial sanction.

Decriminalization is not legalization, meaning bans on possession of small amount of marijuana would still be enforced and penalties assessed. Any racial disparities seen in the enforcement of current laws would likely still be present.

Roughly 50 percent of Harrisburg’s population is black, according to the U.S. Census Bureau. However, about 66 percent of people charged with only possession of marijuana and drug paraphernalia in 2016 were black.

That disparity has grown since the city implemented its decriminalization ordinance in March, a policy that allows police officers to issue a citation rather than list misdemeanor charges for anyone caught with a small amount of the drug.

Between March 24 and Sept. 24, black defendants accounted for more than 77 percent of the defendants charged with the misdemeanor offense and nearly 75 percent of all possession of a small amount of marijuana arrests, according to an analysis of court records conducted by The Sentinel.

Black defendants also saw a small decrease in misdemeanor charges and a larger increase in overall arrests than their white counterparts, according the analysis.

More than 80 percent of those cases resulted in no jail time or probation. The defendant was required only to pay fines, fees and costs.

However, the amount a defendant had to pay varied widely based largely on how long the case remained in the system.

The largest area of growth in costs for the defendant as he proceeded through the system were fees including for the York defendant $300 booking fee, $189 “plea fee,” and several fees for programs and services unrelated to the charges or case circumstance, according to court records.

Decriminalization would provide for nearly all cases to be handled at the lower court with a set fee and fine structure.

Con: More people could be penalized for possessing marijuana under decriminalization

A large body of research on the subject revealed that marijuana use typically does not increase after decriminalization.

A 1989 study by Eric Single in the “Journal of Public Health Policy” posited that because the risk of being arrested for possession of a small amount of marijuana was already low and the drug was readily available, decriminalizing has little effect on use.

There is a possible expansion of enforcement — known as net widening — associated with marijuana decriminalization. Net widening is the theory that officers are more willing to penalize someone for an offense when the sanction is reduced.

Beau Kilmer, co-director of the RAND Drug Policy Research Center, said this could be a situation where before decriminalization an officer would merely confiscate a person’s drugs and let them go so the person did not end up with a criminal record. After decriminalization, the officer may be willing issue a citation because the criminal penalty is eliminated.

In Harrisburg, misdemeanor arrests for possession of a small amount of marijuana fell by about 30 percent after decriminalization, but overall arrests for the offense rose by roughly 17 percent with the inclusion of the city’s new ordinance.

Pro: Decriminalization could save the state, county and local municipalities money and free up police resources

Every arrest for a small amount of marijuana has costs and requires police time and resources.

Calculating the cost associated with these arrests gets a little fuzzy, but is likely significant.

Researchers for RAND estimated the average cost for an arrest for possession of a small amount of marijuana in Vermont in 2014 was $1,266. The cost in New York was roughly $1,500, according to the Drug Policy Alliance.

Statewide, more than 6,000 people were arrested and prosecuted for possession of a small amount of marijuana only in 2016, according to court records.

Since decriminalization would not legalize the drug, some expenditure would still go toward enforcement.

Police resources put on these arrests could also be reduced under decriminalization.

Harrisburg Police Capt. Gabriel Olivera said the difference in the amount of work required in issuing a summary citation and filing misdemeanor charges is significant.

A summary citation generally requires the officer fill out a roughly five by seven piece of paper, Olivera said.

For a misdemeanor arrest, the officers must fill out a multipage criminal complaint complete with an affidavit, have that signed by a judge, bring the defendant in front of a judge for arraignment and have the defendant photographed and finger printed, Olivera said.

Decriminalization – A general catch-all term used for reducing the penalties of a traditionally criminal offense that does not legalize the act. An offense that is “decriminalized” typically has the penalties lowered to a civil fine, similar to a traffic ticket, and has the possibility of jail time removed.

Arrest – The act of law enforcement or a legal authority to detain a person or deprive them of their right to freely move. An arrest can involve a person being handcuffed and taken into custody, but can also result in the issuance of a citation or a summons without the person being taken into police custody.

This week The Sentinel takes a closer look at marijuana decriminalization.

How would decriminalization affect cases in Cumberland County?

A review of how enforcement has changed following decriminalization in Harrisburg.

The pros and cons of reduced penalties for marijuana.

Statewide decriminalization of the possession of a small amount of marijuana would have little effect on case sentences in Cumberland County, …

High Crimes: A review of marijuana decriminalization in Harrisburg

If comments from borough council members at a workshop meeting Wednesday are any indication, a measure to decriminalize marijuana in the borough would likely pass.

Effort to decriminalize marijuana moves ahead in Carlisle