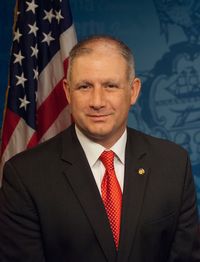 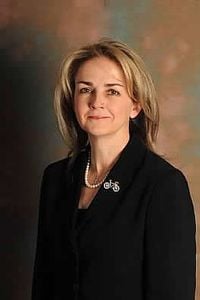 On May 5, 2016, Robert Rice, a 28-year-old man from Trout Run, Pennsylvania, entered a Turkey Hill convenience store on South Market Street in Upper Allen Township and picked up some merchandise, according to Upper Allen Township Police. Police said Rice then left the store without paying for the items, which according to court records show cost a little more than $30.

Typically, a retail theft involving the loss of $30 in merchandise would constitute a summary offense, similar to a traffic citation.

However, Rice was charged with felony retail theft and sentenced to a maximum 12 months in Cumberland County Prison.

His $30 retail theft also wound up costing him nearly $1,300 in fines and fees, including a $300 booking center fee, a $190 “plea fee” — which is a fee imposed on defendants for pleading guilty — $250 for the state DNA detection fund, $10 for domestic violence compensation, $5 for the firearms education and training fund.

His crime did not involve a firearm or an act of domestic violence.

In Pennsylvania, retail theft can be graded anywhere from a summary offense all the way up to a felony depending on the value of the items stolen and the number of prior convictions the defendant has.

A first offense where the value of the items stolen is less than $150 is graded as a summary, which is the same grading as things like a speeding ticket. Retail theft can be a misdemeanor if it is a second offense or the value of the goods stolen is $150 or more, according to state law.

In Rice’s case, if he had stolen all of the merchandise from all three of his retail theft cases, he would have faced just a summary offense. Court records show that the value of the items he stole totaled a little more than $100.

Rep. Dan Miller, D-Allegheny County, and Rep. Madeleine Dean, D-Montgomery County, have introduced a bill that would eliminate the three strikes provision for retail theft. Under the bill introduced by Miller and Dean, retail theft would only be graded as a felony if the value of the items stolen exceeded $1,000 or involved the theft of a firearm or a motor vehicle.

The highest a retail theft incident could be graded otherwise would be a misdemeanor.

“It is our belief that the goals of public safety, accountability and restitution can be served under existing retail theft misdemeanor grading,” Miller and Dean wrote in a co-sponsorship letter for House Bill 2098.

In 2015, there were more than 350 retail theft charges in Cumberland County, according to court records. Nearly half of those cases were graded as a felony, court records show.

“[T]he impact of felony charge can severely impede our shared goals of long-term sobriety, reintegration and independence,” Miller and Dean wrote. “Simply put, a third degree felony for a tube of toothpaste while in the midst of drug addiction is an unwarranted and unhelpful barrier to a productive life.”

House Bill 2098 was introduced in February and sent to the House Judiciary Committee where it has not been brought up for a vote. If the bill is not approved and signed into law by the end of the year, it will have to be reintroduced during the next legislative session.

The bill has nine co-sponsors excluding Miller and Dean. All of the bill’s co-sponsors are Democrats, according to legislative records.

This week The Sentinel takes a closer look at retail theft in Cumberland County:

A look at Pennsylvania’s three strikes law for theft cases

Weekend of awards for Sentinel staffers