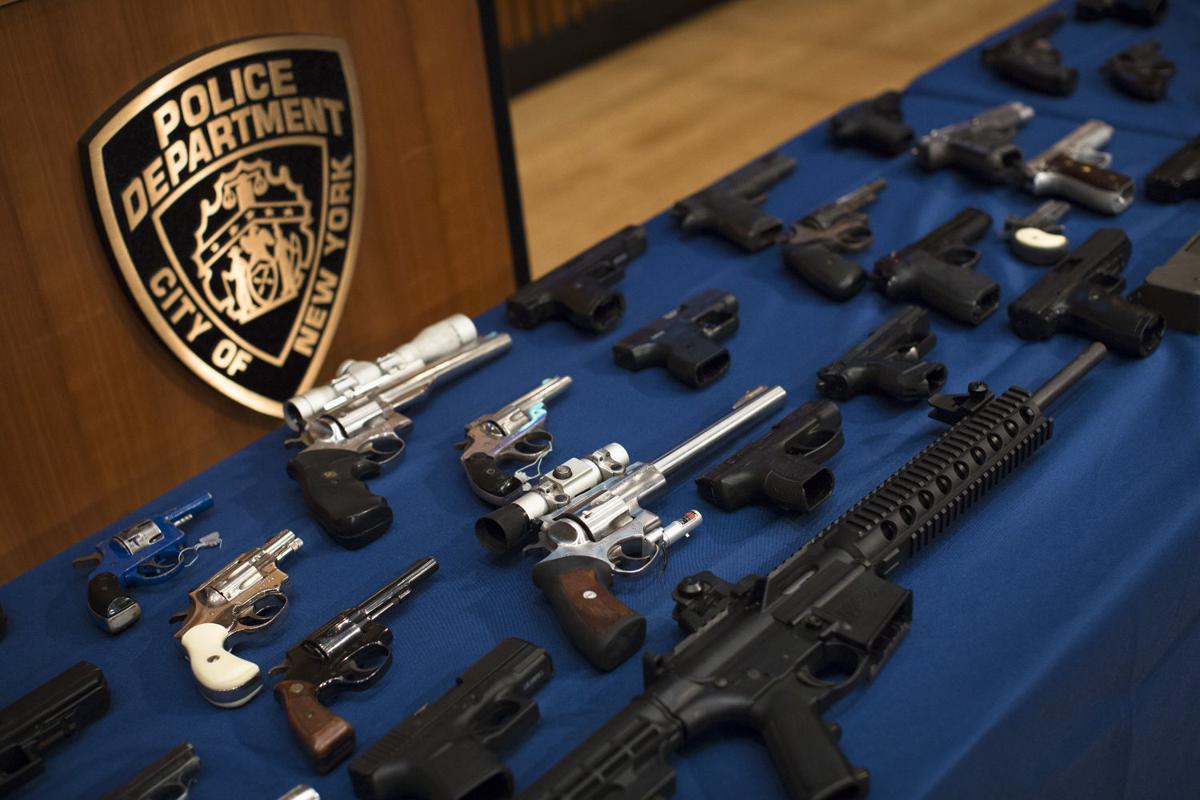 In this 2012 file photo, nearly 100 confiscated illegal firearms rest on a table before a news conference in New York.

About the program: Gun buybacks are programs in which local governments purchase firearms from private residents. The residents voluntarily sell the guns to the local government, and guns are typically purchased regardless of registration, type of firearm or condition.

The aim is to get people with illicitly owned firearms that may otherwise be used in violence to turn them over and to allow their disposal so they don’t wind up on the black market.

Turn in your unwanted guns no questions asked and get paid. That’s the typical message for gun buybacks.

The program, generally run by a police department or another government agency, offers people money for their unwanted firearms.

The goal is to give people who have illicitly-owned guns a chance to turn them in without fear of prosecution and to allow residents who have legally-owned but no-longer-wanted firearms to safely get rid of them so they don’t wind up on the black market.

Sellers typically are given a set amount of money, usually below market value for an operational firearm, for their gun regardless of the condition as an incentive.

All of this is done to remove firearms from the market and to reduce gun violence. The guns are usually destroyed after the purchase.

However, research has found the programs to be ineffective at hitting either mark.

The guns purchased during gun buybacks are not ones that were are likely to be used in an act of gun violence, according to Jeff Asher, a crime analyst based in New Orleans.

“Whose guns are you getting?” Asher said. “It’s the same concept of most gun enforcement. The key to reducing gun violence is understanding that only a tiny percentage of a city’s population is going to be engaged in gun violence. If you’re buying back 60-year-old revolvers from grandpa who’s looking to make $100, it’s just not effective.”

A study published in 2002 in the peer-reviewed journal Injury Prevention found guns “recovered in buyback programs differed substantially from those used in homicides and suicides.”

The authors found that handguns purchased during buybacks differed from firearms typically used in homicides or suicides in their style, caliber and even manufacturer, according to the study.

For example, the authors said more than 75 percent of handguns purchased at gun buybacks were small caliber, while those types of weapons are used in less than a quarter of gun homicides and less than a third of gun suicides.

“Limited resources for firearm injury and prevention may be better spent in other ways,” the authors wrote.

More in Evidence-Based Justice Series: Measuring the effectiveness of criminal justice programs (3 of 6)

Gun reform could have several layers in Pa. as legislators push for 'red flag' law

Red flag laws create a legal process whereby a gun owner’s family and friends can petition a judge to order the temporary confiscation of the individual’s firearms if sufficient evidence is presented that the person is a danger to themselves or others.

Welcome: A look at crime statistics by municipality in Cumberland County

Here are the crime rates for Cumberland County in 2018.

In this 2012 file photo, nearly 100 confiscated illegal firearms rest on a table before a news conference in New York.