Marsy’s Law will be on your ballot today, Nov. 5. But it won’t be counted tonight, and it’s unknown when or if the votes will be.

The confusion over the referendum, which refers to a series of changes to the state constitution regarding victims’ rights, is the result of a lawsuit challenging how the measure is being presented to voters.

In a 4-to-3 decision on Monday, the Pennsylvania Supreme Court upheld a ruling from the Commonwealth Court granting an injunction against the Pennsylvania Department of State from tabulating votes on the ballot measure until the courts can fully review the challenges against the referendum.

The Sentinel offers readers a look at candidate profiles, letters to the editor and story features on election issues i advance of election da…

“Neither this order, nor the order of the Commonwealth Court, deprives any voter of the right to cast a ballot on the proposed ‘Victim’s Rights’ amendment at issue in this litigation” on Nov. 5, the Supreme Court wrote in its decision.

So if you vote on Marsy’s Law, your vote might be counted, but only after a court process to determine if the question was constitutional in the first place.

The injunction is the result of a court challenge by the League of Women Voters, which opposes Marsy’s Law. That viewpoint is shared by several other civil rights groups, including the American Civil Liberties Union; it is opposed by a number of state officials, including the legislators who passed the bill to put the constitutional changes on the ballot.

The dispute over Marsy’s Law arises from the fact that the measure is not a single piece of legislation, but an amendment to the state constitution creating a long list of rights for victims in the criminal justice system.

The League of Women Voters’ petition argues that this violates the constitution's requirement that when “two or more amendments shall be submitted they shall be voted upon separately.”

The petition argues that the Marsy’s Law amendment, as written, consists of changes that voters should be able to vote on separately, instead of one yes-or-no question.

On Nov. 5, Pennsylvania voters have the opportunity to determine a measure that would ensure no crime victim in our state is ever denied their…

The state attorney general’s official plain English summary of the Marsy’s Law legislation, the League of Women Voters points out in their petition, contains 15 bullet points; even the condensed question that will appear on the Nov. 5 ballot, written by the Department of State, requires seven semicolons to list all of the new rights.

This point is furthered by the declaration of Lorraine Haw, a Pennsylvania voter whose name gives standing to the League of Women Voters’ action.

“Ms. Haw agrees with parts of Marsy's Law, like considering the safety of victims and their families at bail hearings. But she is opposed to the parts of the amendment that she believes will take away rights from defendants,” the League wrote in its petition.

“Ms. Haw cannot vote for the parts of the amendment she agrees with without voting for other things she disagrees with. She wants to be able to vote separately on each change to the constitution, as is her right,” the petition continued.

Letter: Vote no to Marcy's Law

Arguing in support of the way it had handled the question, the Department of State wrote that the amendment “pertains to a single subject matter — securing victims’ rights in the criminal cases in which they suffered direct harm. Every single subpart of the amendment advances this one goal.”

But Jude Ellen Ceisler of the Commonwealth Court sided with the petitioners, writing that, contrary to the Department of State’s assertions, “the competing rights established in the proposed amendment are clearly not so interrelated as to justify inclusion into a single subject.”

The League of Women Voters’ petition also argued that the Marsy’s Law changes, if enacted by the voters, would have an “immediate and irreparable harm” on Pennsylvania’s criminal justice system were they to be found unconstitutional at a later date.

The League argued the situation met the test for an injunction against tallying the votes.

This argument moves more toward the substantive debate about the content of Marsy’s Law itself. In its petition, the League of Women Voters raised questions as to how certain clauses of the proposed amendment would be handled.

The amendment, part of a national "Marsy's Law" campaign, would enshrine into the state constitution a set of victims' rights, including to be notified about, attend and weigh in during plea hearings, sentencings and parole proceedings.

For instance, one of the changes gives victims the right “to refuse an interview, deposition or other discovery request made by the accused or any person acting on behalf of the accused.” It is not clear how this would intersect with the right of a defendant to confront their accuser, according to petition testimony.

In her ruling granting the injunction, Ceisler agreed that immediate implementation of the Marsy’s Law measures, if approved by the voters, met the “immediate and irreparable” harm test by creating conflicting rights.

“If passed, the proposed amendment would immediately and irreparably hamstring defendants’ rights to have full and effective investigations carried out on their behalf,” Ceisler wrote.

The Department of State challenged these grounds for injunction. In the department’s appeal to the state Supreme Court, it argued that Ceisler “wrongfully determined that the amendment is self-executing.”

Rather, the department wrote, the constitutional rights will have to be implemented through specific state legislation.

“Should the voters even pass this amendment, since the amendment is not self-executing, any legal challenges will be resolved well before the General Assembly can pass legislation implementing it,” state attorneys wrote. “That is why this court has universally held that preliminary injunctions are not appropriate in this context.”

In arguing in favor of the injunction, the League of Women Voters countered that “the proposed amendment makes reference to implementing legislation, but does not state that no part of the amendment may take effect until that legislation is passed.”

The state House Republican Caucus also filed an amicus brief supporting the Department of State against the League of Women Voters. In that brief, the majority caucus argued that the condensed version of the Marsy’s Law language printed on the ballot should not be taken in isolation.

Rather, the caucus wrote, voters have been apprised of a more detailed explanation of the proposed amendment through the legislative process, and via the state attorney general’s official plain English statement of the ballot measure, which is available online and at every polling place, by law.

Ceisler's ruling “rests on a myopic view of the process of voter education attendant to any proposed constitutional change,” the GOP Caucus wrote.

The primary sponsor of PA House Bill 276, which defined the Marsy’s Law amendment and put it on the ballot, was Rep. Sheryl Delozier, who represents southeastern Cumberland County.

”Over the course of four years, we sat with victims, stakeholders and critics of this legislation,” Delozier wrote in a press statement after the Commonwealth Court ruling.

“Rather than work with the Legislature to address any issues these critics believe existed within the bill, they chose to attack the rights of victims through the courts with an emergency hearing,” Delozier wrote. “This last-minute lawsuit is an effort to disrupt the electoral process and disenfranchise voters, some of whom have already voted via absentee ballot.”

Marsy’s Law measures across the nation are named after Marsalee “Marsy” Nicholas, a California murder victim whose killer was released on bail prior to conviction and ran into the victim’s mother at a grocery store, prompting a movement for victims to have constitutionally enshrined rights, including the right to be informed of and considered in bail decisions.

Model legislation exists in 11 states, according to the website of Marsy’s Law For All, a group that advocates for the measures.

Versions of the law in Montana and Kentucky were approved but later overturned by state courts, according to Ballotpedia.

The Associated Press and other Sentinel staff contributed to this report.

Here is how the ballot question will read for the proposed Marsy's Law or Crime Victim Rights constitutional amendment:

"Shall the Pennsylvania Constitution be amended to grant certain rights to crime victims, including to be treated with fairness, respect and dignity; considering their safety in bail proceedings; timely notice and opportunity to take p art in public proceedings; reasonable protection from the accused; right to refused discovery requests made by the accused; restitution and return of property; proceedings free from delay; and to be informed of these rights, so they can enforce them?"

Victim rights amendment, on hold since vote, heads to court

Commonwealth Court on Monday announced that a full panel of the court will hear oral argument in Philadelphia in March about the so-called Marsy's Law ballot question.

Annually for a week in April, crime victims and their advocates come together to acknowledge and celebrate the progression of the victims’ rig… 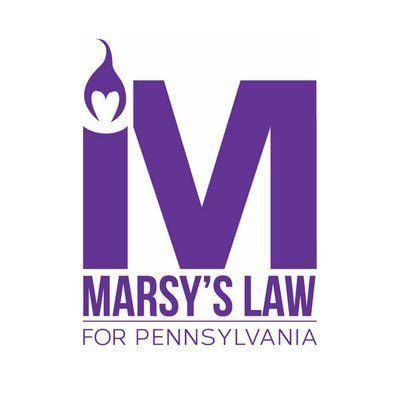 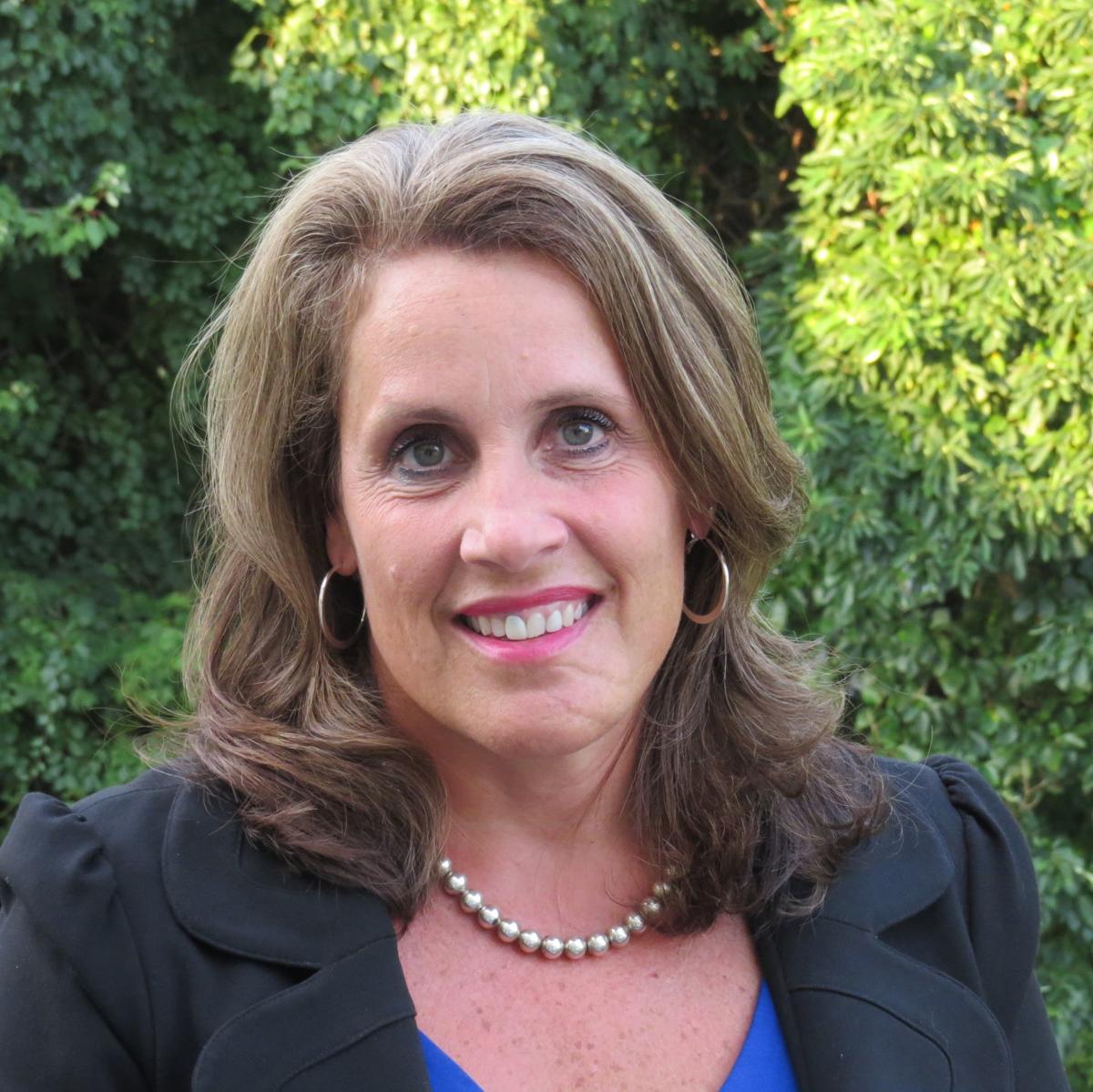