Changing a Corridor: In its heyday, Walnut Bottom Road was a major transportation route
Share this
Return to homepage ×

To him, the place only needed a good house set among the rolling fields with no fences blocking the view.

“The road runs over finer land than we had seen in the valley,” the Quaker wrote in his journal. “It is what is called Walnut land from being originally chiefly covered with that tree which is ever an indication of soil of the richest quality.”

It was fall 1809 and Gilpin was leading his family east on the Walnut Bottom Road from Shippensburg to Carlisle. The journey took them from a “very meagre land abounding in pines” to a landscape of “delightful meadows” and “fine upland” broken up here and there by “small knobs of limestone rock.”

The steering committee is not going into the study with any preconceived notions, but there's one idea that stands out as a possible goal for South Middleton: turning the corridor into a town center.

In its heyday, Walnut Bottom was part of a trade route that extended from Pittsburgh east to Philadelphia. Freighters would come through hauling salt, iron and other products on the backs of hundreds of pack horses.

“The country is as beautifully grouped as the finest parks,” Gilpin wrote. His travel log entry is included in the book “A History of Walnut Bottom and the Surrounding Area: Celebrating 200 Years of History, Tradition and Family.”

The book traces the history of Walnut Bottom Road back to the early settlement of the Cumberland Valley when Carlisle and Shippensburg were frontier towns. Extending in an arc from the Susquehanna to Potomac Rivers, the valley was a pathway to the interior and a transportation hub long before the current trend of tractor-trailers and monster warehouses.

Settlers to America arrived at Philadelphia before heading west to Lancaster and Harrisburg. At Harrisburg, they crossed the Susquehanna River at Harris Ferry and then pressed on to Shippensburg — the westernmost part of Pennsylvania. But first, they came across Carlisle and its two main paths to the frontier.

“The Indians used these paths for speed of movement, communication, trade and seasonal migration,” the history reads. “The first settlers followed these initial foot and animal paths. As more settlers arrived, foot paths became horse paths, and finally the horse paths were widened to allow passage of carts and wagons.”

The one path was known by many names including the Great Trail, the Virginia Path, the Great Road, Potomac Road or Mount Rock Road. It went right down the middle of the valley between North and South Mountains in a path that follows present-day U.S. Rt. 11. Early in its history, it lacked towns and water sources.

In their lifetimes, Walnut Bottom Road has changed drastically from mostly farm fields to now mostly commercial retail and office space near the Carlisle Borough border.

The second path followed the current Walnut Bottom Road between Carlisle and Shippensburg. It ran parallel and came within a few miles of South Mountain and had soils more desirable for farming. “Additionally, there were numerous streams, lots of timber, stone and lime, which were essential resources for the settlers,” the history reads.

Both the Walnut Bottom road and village share a common origin story regarding the name. The abundant water and good soil produced a large forest along the pathway from east of present-day Centerville west to Walnut Bottom. This forest included a dense growth of black walnut trees nestled at the bottom of South Mountain.

This vital thoroughfare was the subject of a 1965 essay by Michael Ickes titled “Walnut Bottom Hospitality: A Road of Taverns.” In it, he traced the development of the road to a 1736 meeting convened at the Widow Piper’s Tavern in Shippensburg. “The people had met there to protest the Great Road and throw their influence to the Walnut Bottom,” the essay reads.

Nothing came of that early attempt. In 1759, local residents presented a petition to Cumberland County court asking for an improved road from Carlisle to Centerville. Again, nothing was done at the time, Ickes wrote. He mentioned how a petition to develop a highway along the Walnut Bottom was only granted in 1796.

Regaining community cohesiveness can be a challenge, but Porter hopes the celebration of the past can spark a brighter future.

Highway in its heyday

The book on Walnut Bottom history details the process the county used leading up to the allocation of public funds to clear the land and widen the cart-way to 50 ft. It began in 1796 when the court appointed a board of six local men to recommend the path and width of Walnut Bottom Road. They submitted the report for approval in 1797.

“The Walnut Bottom was used by drovers taking their livestock to eastern markets,” Ickes wrote. Local farmers with fields along the road profited from drovers who paid a small fee to pasture their cattle overnight.

In its heyday, Walnut Bottom was part of a trade route that extended from Pittsburgh east to Philadelphia. Freighters would come through hauling salt, iron and other products on the backs of hundreds of pack horses.

“The travelers deplored the condition of this road since when it was dry, they would go through dust about three feet deep,” Ickes wrote. “When it was wet, their wagons would have to be pulled out of the mud. Sometimes it took over six horses hitched together to get the wagons out.”

The Samuel Weakley Tavern has been saved for another round as a house.

This period of early development saw the growth of taverns as bustling way-stations. “People would gather in the taverns to transact public business, get the news and discuss politics,” Ickes wrote. “The men would gather to swap their tales…Even church business was decided on in these taverns.

“People would meet at the taverns to witness the arrival and departure of the stage coaches and Conestoga wagons drawn by as many as sixteen horses,” Ickes wrote. “The travelers will be welcomed by horns blowing and streamers waving. Then there would be a rush by the townspeople to get the news from the visitors. This was the only diversion the people had from the country life.”

Local author William T. Swain analyzed the differences between Walnut Bottom Road and the Great Road that became U.S. Route 11. “Various items of evidence suggest that during the first two centuries of the settlement of the Valley the Walnut Bottom route was more important than the Virginia route,” Swain wrote. “The Walnut Bottom Road had the lion’s share of everything, except outcropping limestone.”

The Walnut Bottom history book makes the case that Walnut Bottom Road had more hamlets, villages, taverns, churches and traffic than the Great Road. By 1825, there were as many as 15 taverns in business along the 20-mile stretch between Carlisle and Shippensburg including the “Walnut Bottom Tavern” – also known as Weakley’s Tavern.

Randy Heishman is the current owner of the Weakley Tavern located just east of Centerville Road. He purchased the property in 2012 and had it restored back to its 1790s glory by removing almost 200 years of additions and renovations.

In his essay, Ickes mentioned how the taverns flourished until the late 1830s when the railroad came to the Cumberland Valley. Trade on the road diminished to the point where very few taverns were in operation by 1850.

The township commissioned the plan for the Walnut Bottom corridor for guidance on land use, marketing and infrastructure improvements in the area.

The building will feature 65,000 square feet of indoor self storage. The units will be climate-controlled and include high-tech security features.

The consultant firm will assist the township with preparing a mixed-use zoning ordinance as recommended in the Walnut Bottom master plan. 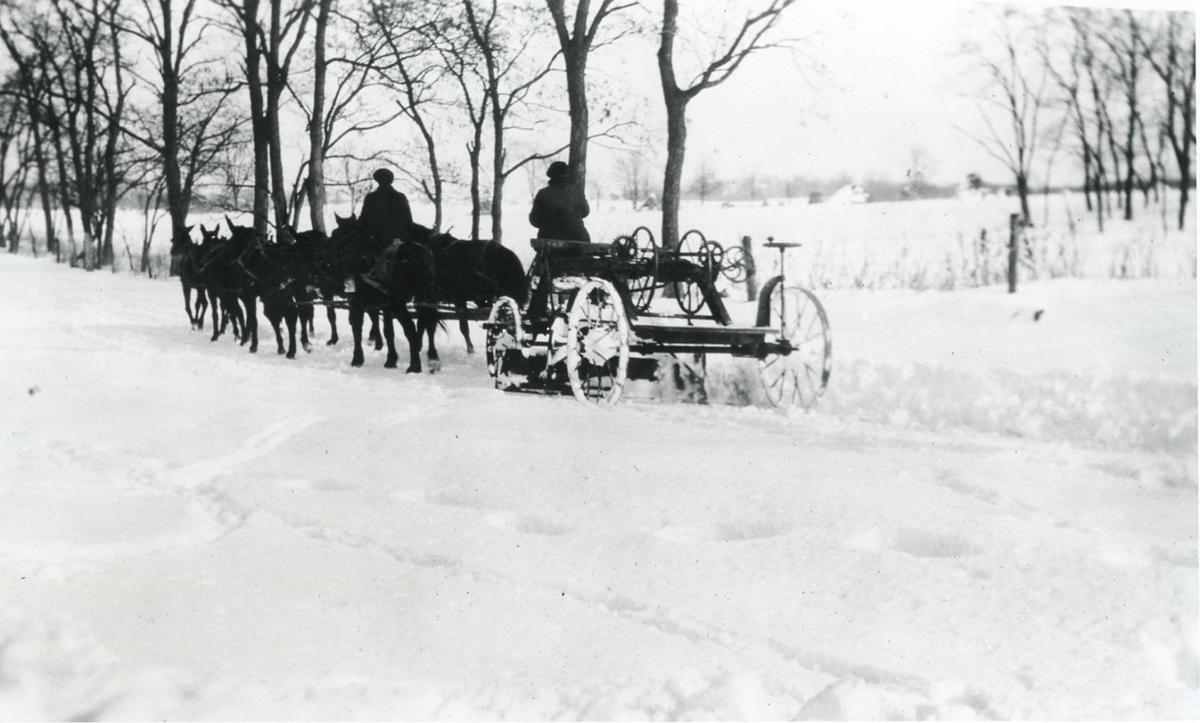 This historic image shows a snow plow heading north along Walnut Bottom Road near the Two Mile House circa 1918. 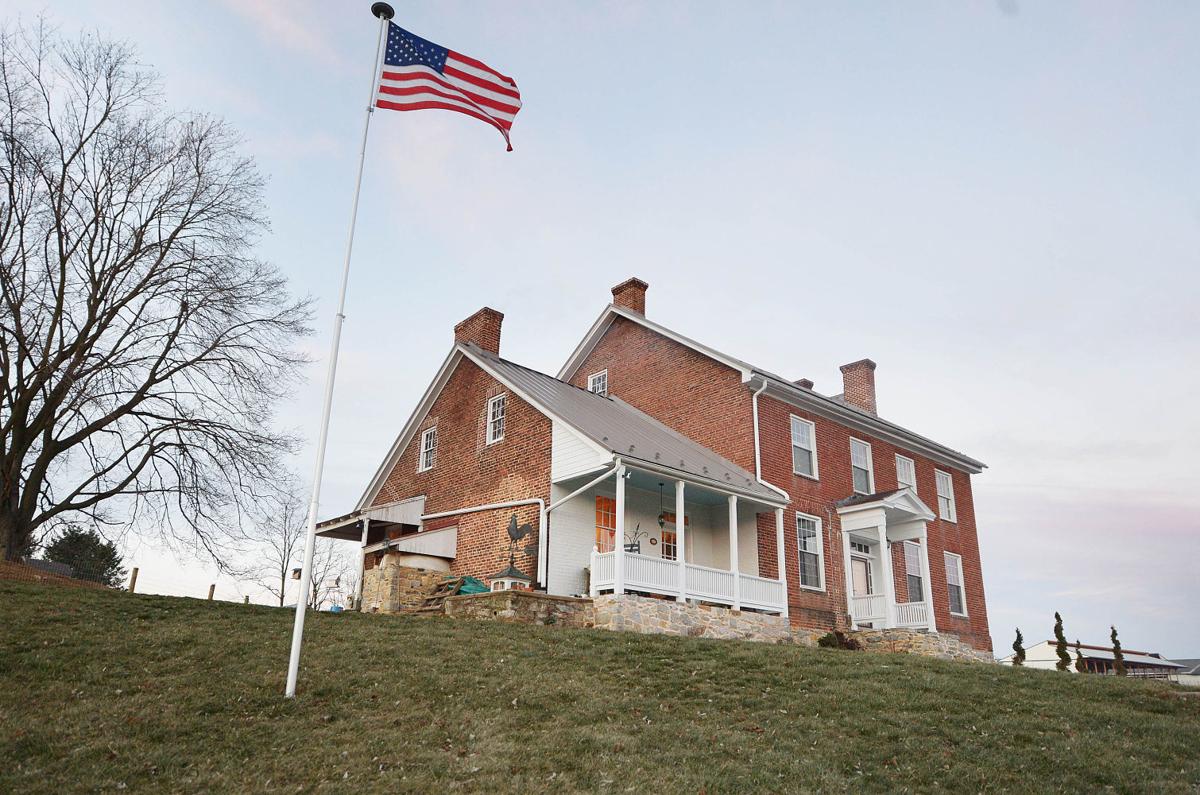 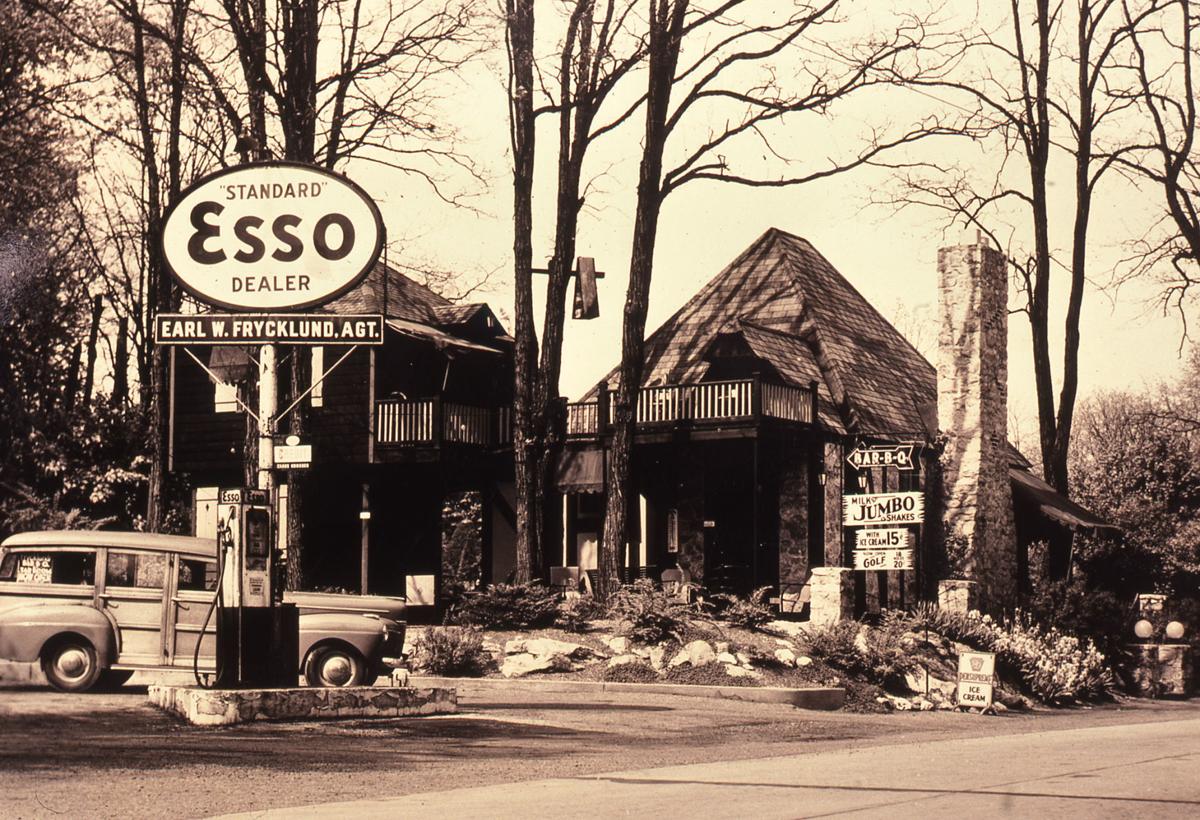 An image c. 1930 of Frycklund’s Esso Gas Station, restaurant, and miniature golf course of Carlisle. Located at Walnut Bottom Road and College Street in Carlisle, the business was owned and operated by Earl W. Frycklund. 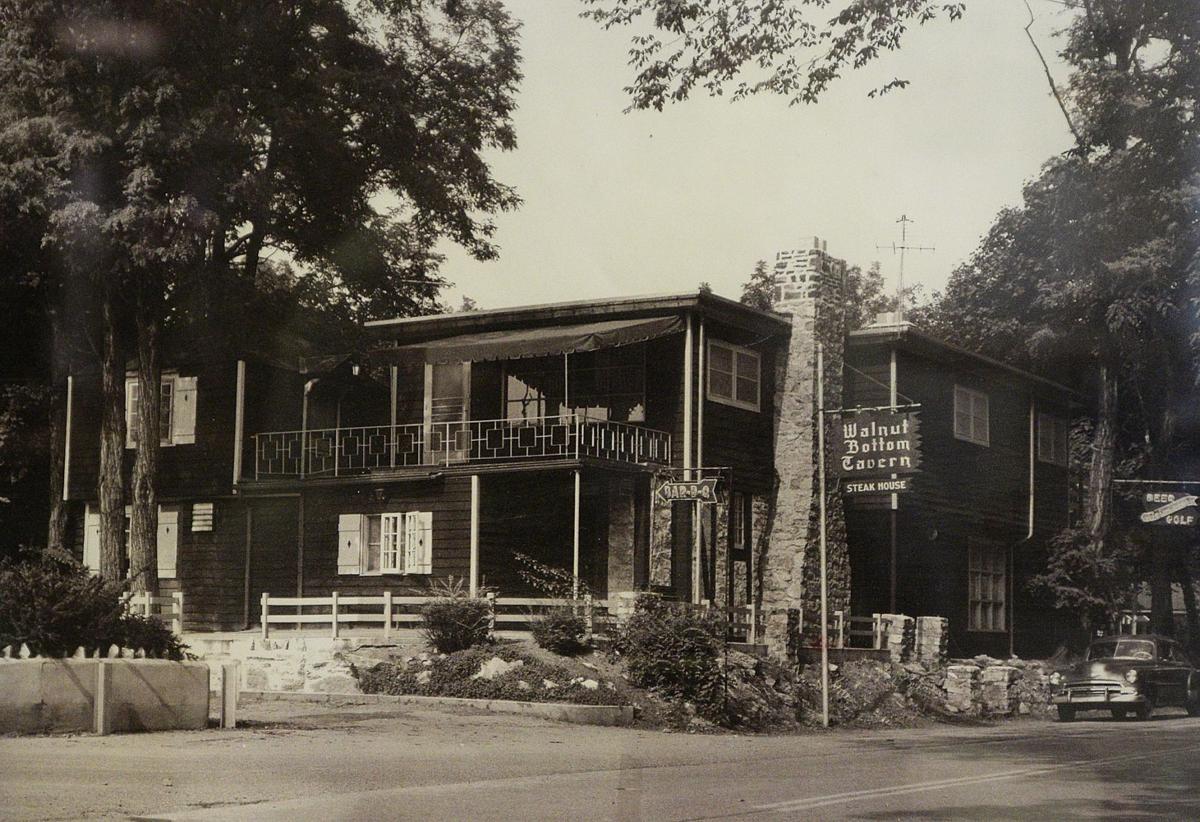