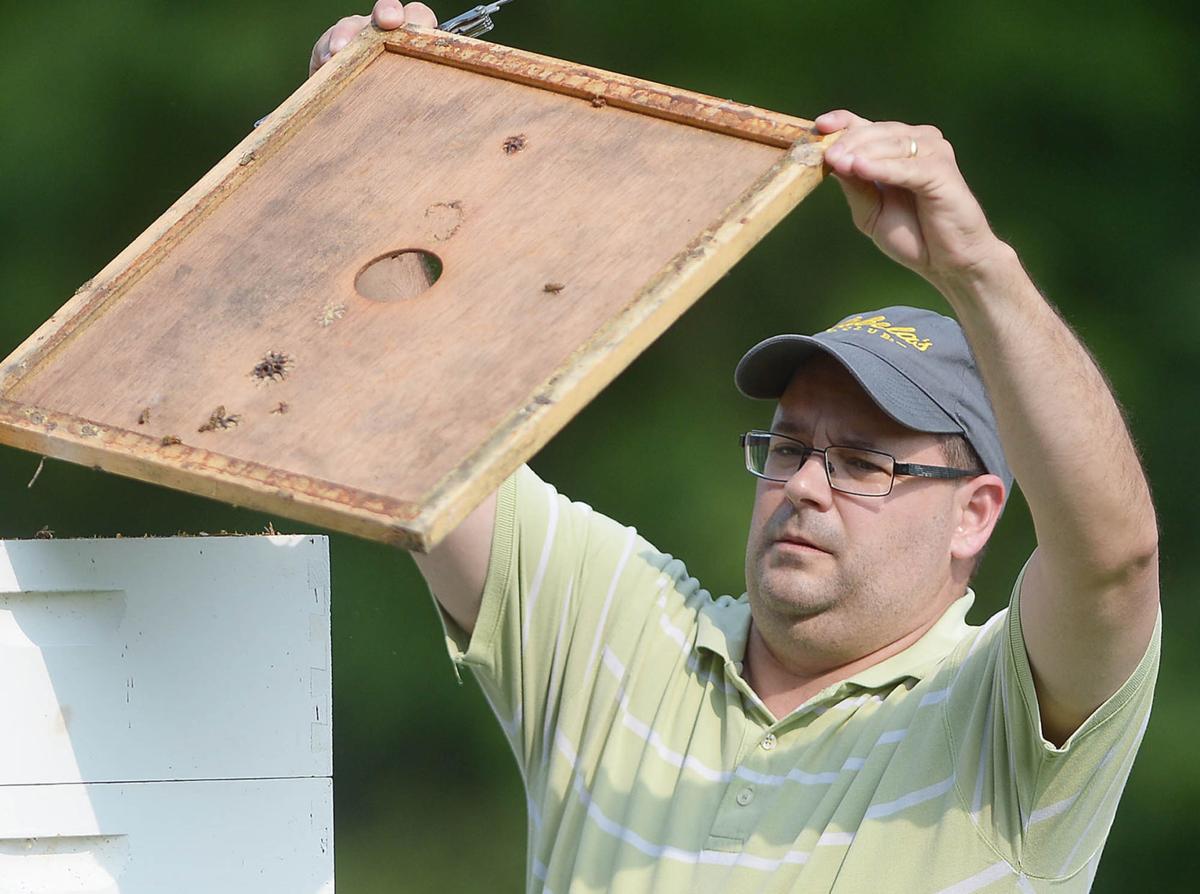 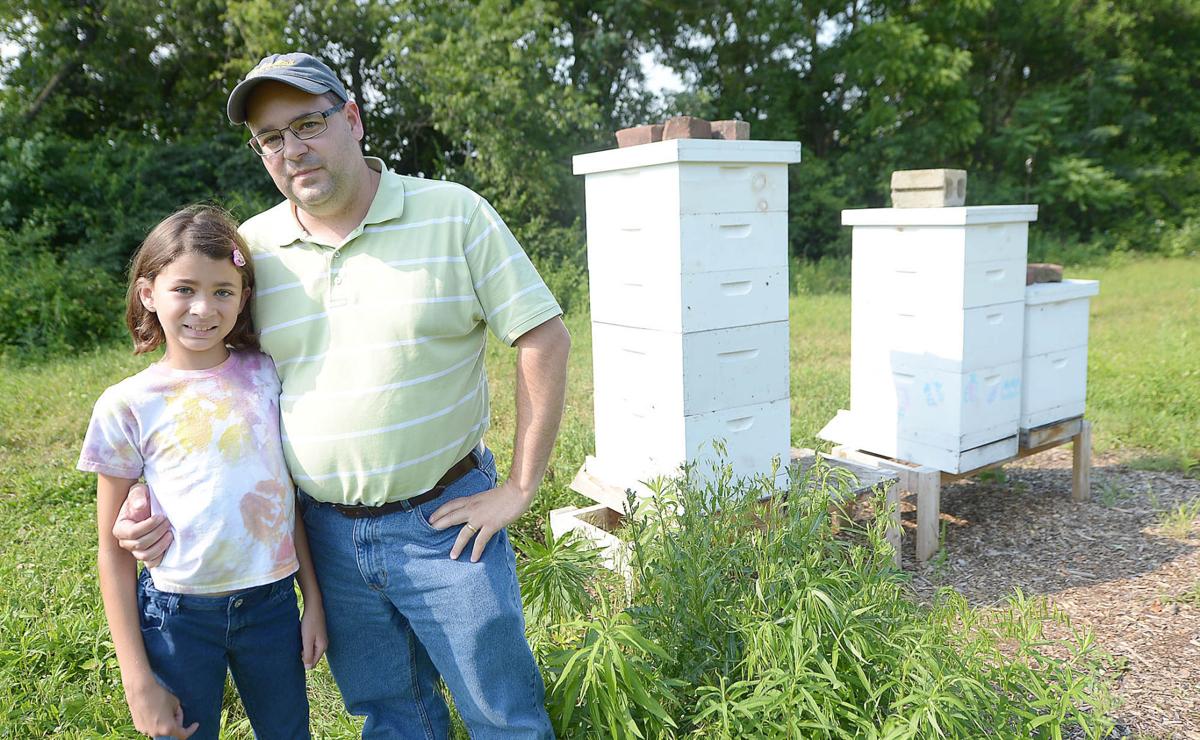 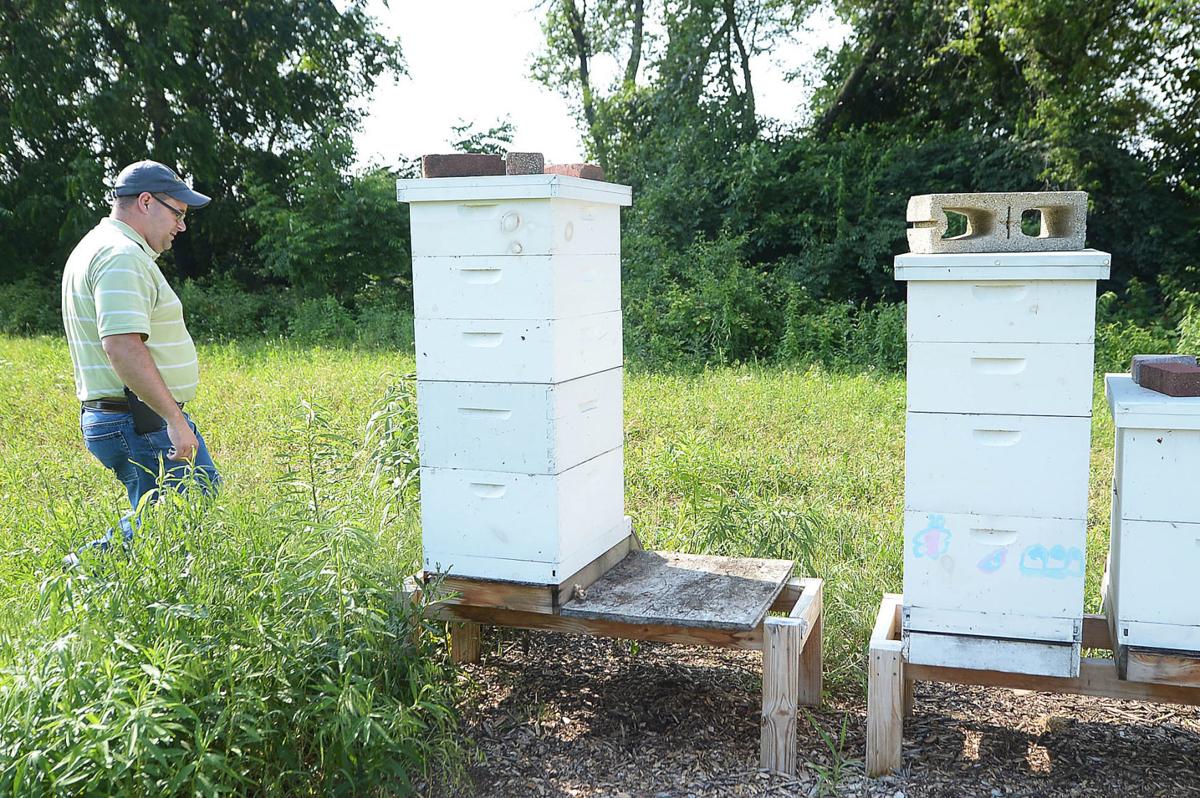 The connection between the clergy and beekeeping has a long history in Pennsylvania, a history whose next chapter is being written in Cumberland County.

Michael Poe, senior pastor at Carlisle First Church of God, located at 705 Glendale St. in the borough, is also one of the region’s most prominent beekeepers, following a tradition that traces back to the 19th-century Philadelphia clergyman L.L. Langstroth.

“I just have always been fascinated with them, even as a kid,” Poe said of bees. “They’re an amazing little creature. They’re incredibly intelligent.”

The world of beekeeping and the world of ministry have a lot in common, Poe said. Honey is mentioned often in the Bible with an aspirational tone for the faithful. Poe pointed to Proverbs 24:13, “eat honey, my son, for it is good; yes, the honey from the comb is sweet to your taste.”

“The hive is wanting to multiply, and one of the things that we see as a church is that we would also like to multiply,” Poe said. “Working hand in hand with one another to broaden our reach, just like the bees.”

This may be why Poe’s favorite part of beekeeping is getting a call to come catch a swarm, the phenomenon that occurs when a colony of bees splits with a portion of the hive, leaving to find a new home. The old queen will go with the swarm, leaving behind a newly laid queen to continue the original hive.

“Swarming is a way of the colony reproducing itself,” Poe said. “When they swarm, the old queen will fly off and 50 to 60 percent of the hive will also fly off.”

Poe isn’t a commercial beekeeper, he said, just a hobbyist, although he will sometimes charge small fees for particularly difficult jobs, such as cutting into a wall to retrieve a swarm. But most of the work is done pro bono, given that there is a healthy competition among recreational beekeepers to get to be the one to collect a swarm.

“Usually I get phone calls from people or a message on Facebook, ‘hey, there’s a swarm at such-and-such place’ and I’ll go and get them,” Poe said.

A recent call resulted in Poe driving up to Millerstown in Perry County to collect a swarm that netted two pounds of bees, or about 6,000 to 8,000 insects. The swarm had flown from its hive and settled on a lilac bush, too close for comfort at the residence.

Poe simply cut off the portion of the bush that contained most of the bees and delivered them into a nucleus hive frame, which is now growing into a full colony.

Such frames were originally developed by Langstroth, whose designs allowed for modular, stackable boxes that allow recreational beekeepers to easily add new space as their hives grow. Langstroth’s position as the father of the backyard American beekeeper is largely due to this design.

The queen is generally limited to the bottom boxes of the hive, known as the brood boxes, whose combs contain bee larvae and are capped with a “queen excluder” screen that she is unable to fit through, Poe said.

This allows the combs above the brood boxes to contain exclusively honey, and no larvae, allowing the beekeeper to harvest the top boxes.

“When it’s getting close to being full with honey, you put another box on top of the queen excluder and put the full honey box on the top of the new box. You always put the honey on the top,” Poe said.

While Poe keeps some smaller colonies in Carlisle, the bulk of his are located at the rural properties of his parents and friends in Shippensburg. This netted 40-50 pounds of honey last year, Poe said, although the yield varies greatly with how many bees survive the winter.

Moisture is typically the killer, Poe said, in that it encourages mites, bacteria, fungi and other parasites that can be lethal to the hive.

Poe began keeping bees in summer 2014 when he returned to the Midstate after 13 years as a missionary in Brazil. Poe’s daughter will be 9 years old this year, and he hopes to pass on the tradition to her, although not until she is a bit older.

“I want her to be a little bit older and make sure she knows, if she goes to do it, she’s going to get stung,” Poe said. “If she would like to do this one day, I would love to teach it to her and pass it on.”

While beekeeping suits protect one’s body from the bees, the issue is with the hands, Poe said. Some keepers wear heavy gloves, but this makes it difficult to feel the hive when adding Langstroth boxes and when extracting honeycomb.

Some keepers go so far as to work with their bare hands. Poe strikes a middle ground and uses heavy dishwashing gloves, which deflect most, but not all, of the stings.

Despite the occasional sting, Poe said there is a certain tranquility to working with bees, something that may also explain its appeal to the clergy.

“I find peace of mind when I’m working with the bees, even though I’m getting stung sometimes,” Poe said. “It’s a way to go find yourself and tune everything else out.”

State Police at Carlisle, which did not release the names of the drivers or most of the makes of the vehicles, said the chain-reaction crash was started by a vehicle that attempted to merge from the North Hanover Street on-ramp onto I-81 north.

Summary citations possible for those who do not follow Pa. mask rule

Mechanicsburg police have issued a warning about two scams that recently surfaced in the borough.

State Police at Carlisle said David McCall, 20, was killed when he was hit by a dump truck as he was walking with another man in the roadway on Ritner Highway near its intersection with Log Cabin Road in Penn Township around 2 a.m.

Police: Homicide charges pending against 13-year-old in death of sibling in Franklin County

A 9-year-old boy was transported to Waynesboro Hospital where he died of his injuries, police said.

A total of 21 warnings were issued across the state, with two of those being issued in the Harrisburg area.

After slow holiday weekend, COVID-19 numbers back up in region

The southcentral region may have seen a brief respite of newly reported COVID-19 cases, but the holiday is over, and with it, the drop in new …

The following people were sentenced on June 26 in Cumberland County Court of Common Pleas. All sentences include costs and run concurrently wi…