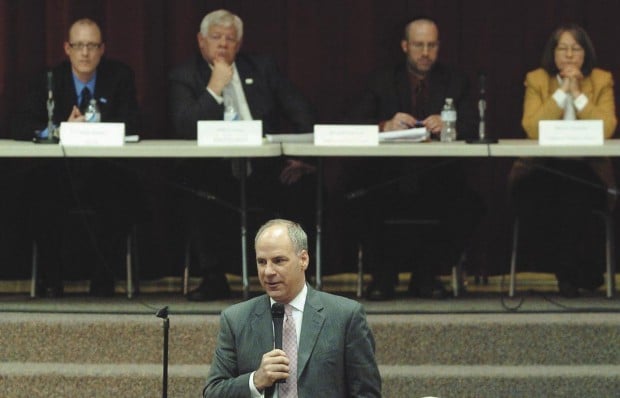 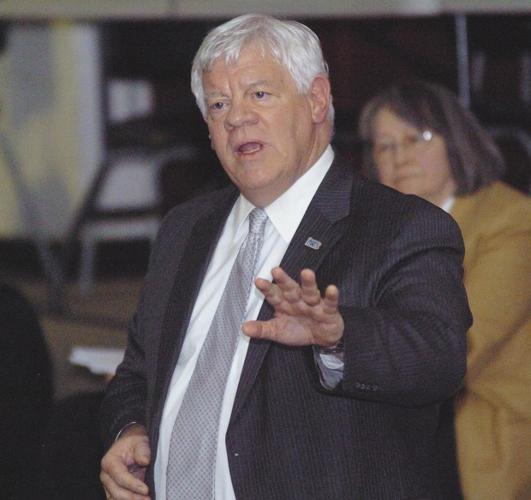 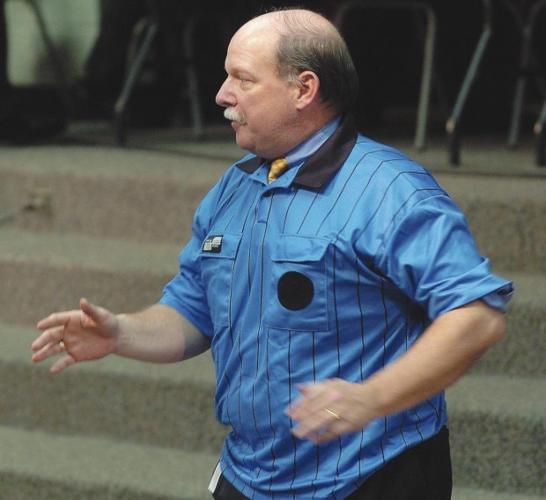 Both sides presented facts, figures and statistics to back up their arguments, and none of the facts and figures matched what the other side was saying.

The side in favor went first, and then the side opposed had a chance to rebut.

In the rebuttal, emotions once again flared, especially from Kintisch, who several times accused proposed legislation of "pulling the rug" out from under teachers.

Kletzian cited a figure that says two out of three Pennsylvanians do not support school vouchers and, further, that research in Milwaukee had shown that using school vouchers to send kids to so-called "better" schools didn't help those students do well.

Crossey cited statistics that he claimed showed Pennsylvania students - and there are 1.8 million students in Pennsylvania's public school system - are doing well on federally mandated standardized achievement tests, including ranking first in reading comprehension in eighth grade, fifth in fourth grade and first in math for both fourth and eighth grades.

The last speaker was state Secretary of Education Ron Tomalis, who invoked his role as a father.

He also acknowledged that the budget was on track to be between $50 billion and $52 billion in 10 years.

But the issue as he sees it isn't funding being cut at the state level - although Republican Gov. Tom Corbett cut millions of dollars to schools in this year's budget - but a cut at the federal level, which he dated to 2008-09, when the feds took out $400 billion in funding to schools, a gap states had to make up.

He also said that two of the biggest expenses are lawsuits and teachers' pensions, the latter of which cost $300 million alone in the 2011-2012 budget.

"We do a great job for most schools. We don't get it right all the time," he said.

"It's a great system, but what do you do when it doesn't work?" he added.

Several bills before both the House and the Senate purport to answer that question, although in very different ways.

As each wends its way through the legislative process, The Sentinel will be tracking them and keeping readers apprised of what they potentially mean.

Lindsay Weakland, 18 and a 2022 Cumberland Valley High School grad, died when a driver struck another car and then hit two pedestrians at Burk and Atlantic avenues in Wildwood around 9:35 p.m. Saturday.

Lindsay Weakland was pronounced dead at the scene of a crash that officials say was due to pop-up car rallies that have plagued that area of New Jersey.

In a note emailed to parents at 6:15 p.m. Tuesday, Superintendent Mark Leidy said the district received a report from a student that another student had a firearm in school.

Police said a pedestrian was seriously injured after the incident involving a commercial vehicle.

Bill Miller Jr. puts his treasure trove of car collectibles on the auction block this week in Carlisle

“I’m getting up in age,” Bill Miller Jr. said. “My wife asked, ‘What are we going to do with all this stuff when something happens to you?’ I can understand that completely."

The event will feature representatives from HBCUs and HSIs as well as informational sessions to cover college-related topics such as scholarship applications, athletics, Greek life and more.

“I knew the Odd Fellows as an organization has a very compelling and interesting history,” Shawn Gladden said. “Anecdotally, I have talked to staff members. People have told me there are weird things that go on in the Odd Fellows building."

On Saturday, it was a running game of motorized cat-and-mouse, with participants using Snapchat to signal gatherings in different parking lots throughout the township. At times, officers turned to public works equipment to block entrances.

Thursday marks the third anniversary of the disappearance of Kimberly Faye Gsell, who would be 41 now.

Trees and power lines knocked down by Ian