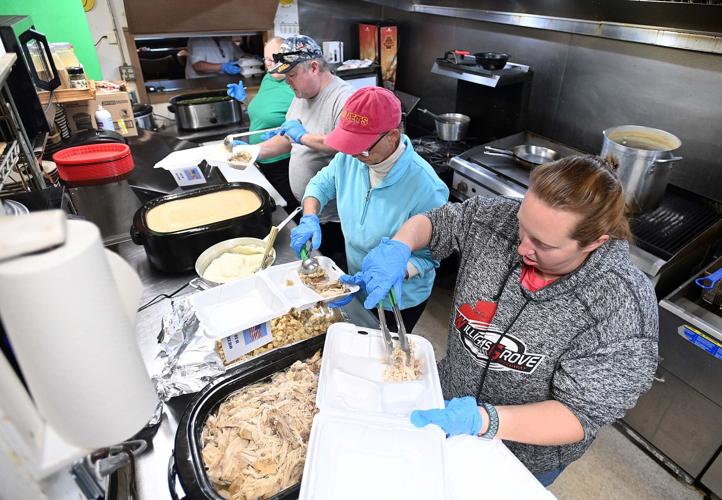 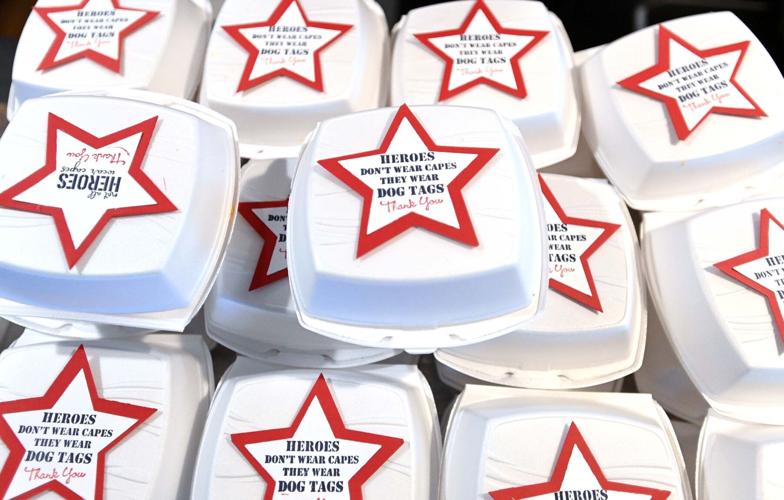 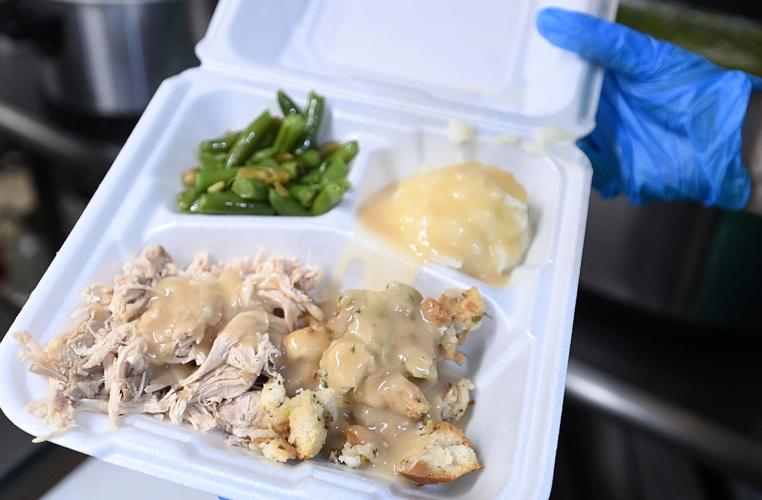 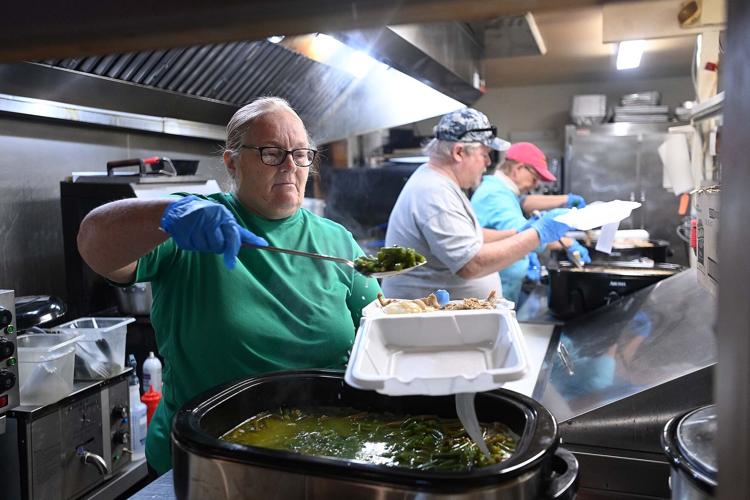 Veterans at four local nursing homes have something to be thankful for this holiday season.

Volunteers with AmVets Post 274 in Carlisle have prepared and distributed about 125 dinners and 45 care packages to residents at Thornwald Home, Chapel Pointe, Green Ridge Village and the Claremont Nursing & Rehabilitation Center.

“It’s a great cause,” said Bill Croft, financial adviser for the Carlisle chapter of the Sons of the AmVets. “This is one of those times for our post to pay respect to the veterans.

“We really appreciate the veterans,” he said. “They don’t get enough credit. They go through some bad times.”

Each dinner consists of turkey, gravy, mashed potatoes and pumpkin pie. Each container is decorated with a small U.S. flag and includes a thank you note, Croft said.

He said the care packages are being provided to veterans who can’t eat turkey due to a lack of teeth, a dietary issue or some other reason. Each care package contains pudding, apple sauce, an orange, crackers, a piece of pumpkin pie and no-slip stockings to keep their feet warm.

The dinners and care packages were the idea of Arlene Graver, a member of the ladies auxiliary, Croft said. “We were sitting at the AmVets post when it was brought to my attention. She thought why don’t we pay tribute to the veterans? I thought it was a great idea and ran with it. She gave me all the information with the homes.”

Croft became the contact person between the post and the four nursing homes. It was his job to coordinate the distribution with the activity directors of each facility. Post member Walt Ernst also had a leading role in the effort.

The business is anticipated to open at 258 Westminster Drive in South Middleton Township between Starbucks and Dollar Tree around mid-March, Owner Adam Brackbill said.

The home sits at a location where workers could demolish the structure without having to close off a portion of Forge Road, Kevin O'Donnell said.

Police search for Carlisle man after he fails to show up for second day of trial, guilty verdict

Joel Kent had been found guilty of aggravated assault, but found not guilty of attempted homicide in a 2021 case out of Wormleysburg.

These schedule changes and closures have been announced in Cumberland County for Wednesday, Jan. 25:

Today's Sentinel police log includes the theft of a wallet and use of a stolen debit card in Carlisle.

Police said Linda Jean McClure, 26, of Indiana, Pennsylvania, was a passenger in a tractor-trailer that crashed on the turnpike in Somerset County on Oct. 22, 1987.

"I feel like it's fun and something different that not all students have," student worker Madelyn Mitchell,10, said. "My favorite part about it is probably being able to work the register and help people out."