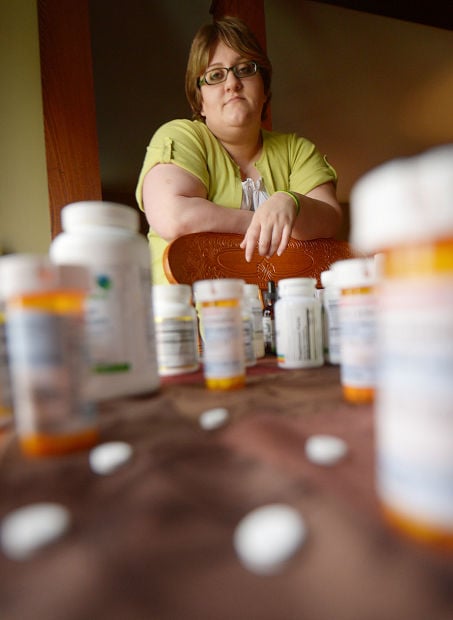 Nichele Bonsanto has struggled with Lyme disease for a long time (two decades), mostly without a diagnosis. 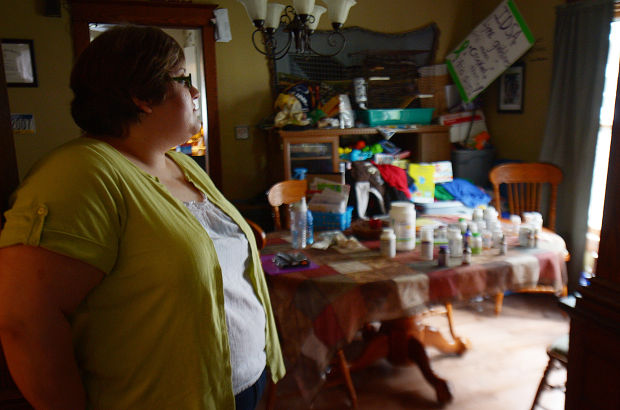 Nichele Bonsanto has struggled with Lyme disease for a long time (two decades) mostly without a diagnosis.

By Christen Croley, The Sentinel

Some health officials say Lyme Disease is an epidemic as widespread as AIDS — and without greater awareness, the disease may prove just as destructive.

Last week CDC officials said Lyme Disease affects ten times as many people — up to 300,000 across the United States — than previously known. The organization cited Pennsylvania as the leading state for reported cases nationwide.

“They finally admitted it,” said Dr. Leo J. Shea III, president of the International Lyme and Associated Diseases Society. “It was the same thing with AIDS. For years, it was not acknowledged as a real thing and for years, people died.”

Despite the growing population of infected, the healthcare industry — from physicians to insurance companies and researchers — remains divided on how to treat the chronic disease.

Shea says ILADS, a non-profit dedicated to creating an industry-wide treatment standard, formed a decade ago after the CDC and other health officials dismissed long-term, reoccurring symptoms of Lyme patients.

The lack of consensus means some patients, like 26-year-old Nichele Bonsanto of Carlisle, spend years bouncing between dozens of doctors before receiving a diagnosis or treatment.

“I’ve probably been to 20 or 30 doctors,” she said. “Something was always seriously wrong and nobody could ever give me any real answer.”

Bonsanto says she found a tick on her head as a 6-year-old living in suburban New Jersey and spent the rest of her childhood battling one illness after another — including bronchitis, migraines and laryngitis. As a teenager, she developed joint pain, insomnia and depression. By the time she was in her mid-twenties, Bonsanto says she lost the ability to walk and has been admitted to a psychiatric hospital five times.

“There’s a whole lot of people with this disease and we’re all dealing with the same things,” she said. “We’ve all been to so many doctors. It’s being ignored and brushed aside and we are being told we are crazy.”

Dr. Daniel Cameron, an internist and epidemiologist based in West Chester County in upstate New York, attributed the universal negative experiences of Lyme patients to ignorance within the medical community regarding the varied symptoms related to the disease.

“At least 20 to 40 percent of Lyme patients are still sick long-term after initial treatment,” he said. “A lot of doctors don’t see the complexities of Lyme in their offices on a regular basis.”

Shea says less than one-quarter of all Lyme patients report the tell-tale bull's-eye rash associated with the disease. The rash remains the only symptom to distinguish Lyme disease from a flu or other virus, meaning many patients never receive proper treatment until the disease progresses to the chronic stage.

“Someone with Lyme will often have a wide ranging and significant symptoms that affect their work, their education, their family function,” Cameron said. “The symptoms that we are typically looking for, as experienced physicians, are severe fatigue, poor memory and sleep disturbances.”

Until then, Shea recommends people living in endemic areas — such as the Midstate — remain cognizant of sudden onset of illness or summer flus that don’t go away.

“Visit your doctor if you are feeling flu-like symptoms or are extremely fatigued,” he said. “If you find a tick on you, you can keep it and bring it to a doctor for testing.”

Bonsanto says Lyme Disease should become standard for every medical practice so that the disease can be caught and treated with antibiotics before “destroying lives” like her own.

“Iim very blessed to have my doctor who I have now,” she said. “There’s a lot of people out there who don’t have that. It really needs to change.”

Bonsanto says her doctor diagnosed her with Lyme and Rocky Mountain Spotted Fever in May — two years after she tested negative for both conditions. Now, she takes about 40 pills every day, including herbal supplements and antibiotics, and hopes her symptoms will eventually subside.

“It’s a full-time job just taking the medication,” she said. “It’s not supposed to be chronic. It’s really destroyed my youth and my 20s. There’s a lot of other people out there just like me and I just want to get the word out.”

Nichele Bonsanto has struggled with Lyme disease for a long time (two decades), mostly without a diagnosis.

Nichele Bonsanto has struggled with Lyme disease for a long time (two decades) mostly without a diagnosis.