Amid coronavirus fears, a second wave of flu hits US kids
Share this
Return to homepage × 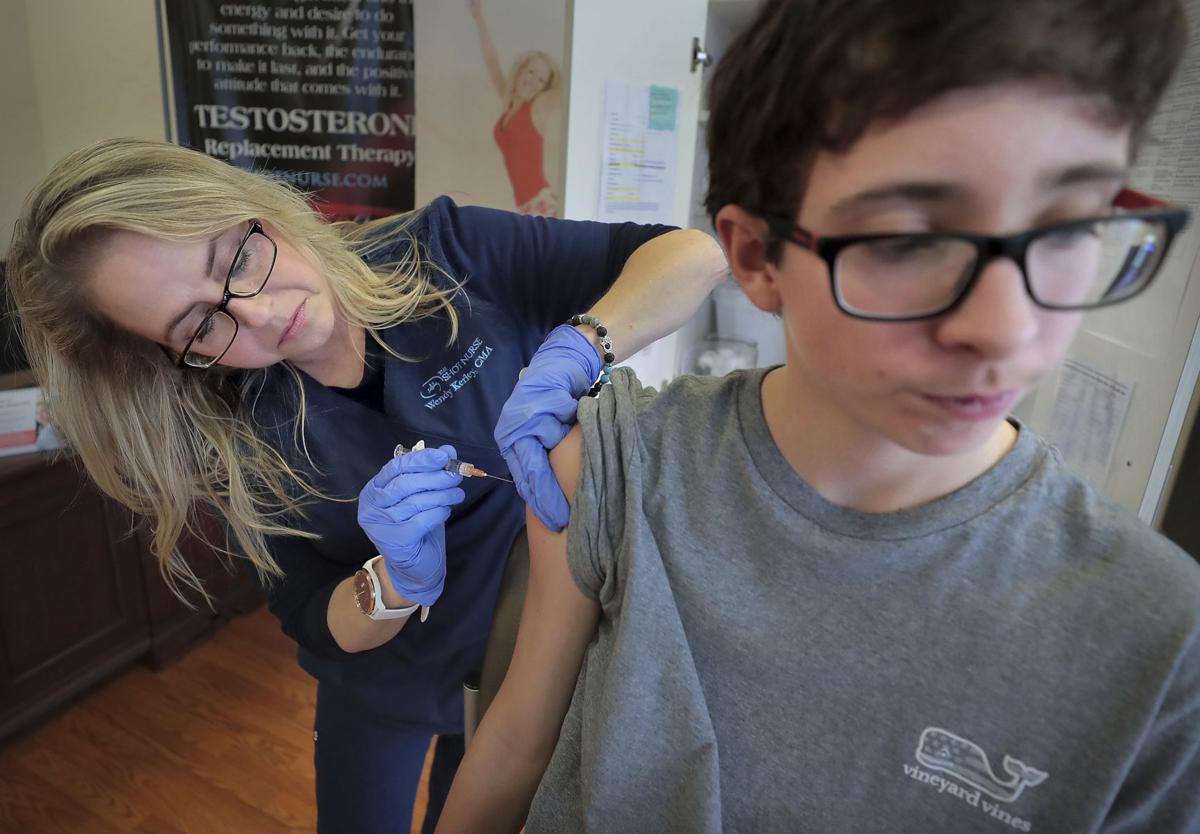 Wendy Kerley gives Ethan Getman, 15, a shot of the flu vaccine at the Cordova Shot Nurse clinic in Memphis, Tennessee. A second wave of flu is hitting the U.S., turning this into one of the nastiest flu seasons for children in a decade. 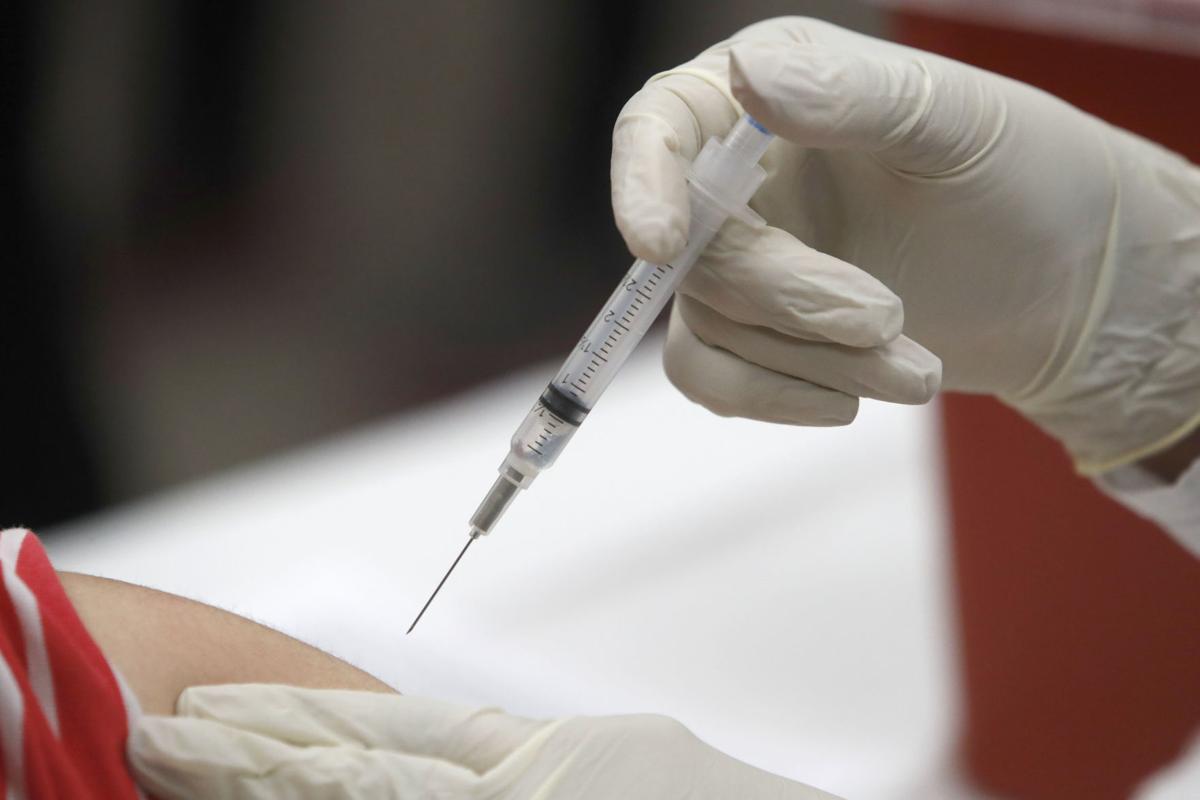 A syringe with influenza vaccine inside heads for its mark during a flu vaccination at Eastfield College in Mesquite, Texas.

NEW YORK — A second wave of flu is hitting the U.S., turning this into one of the nastiest seasons for children in a decade.

The number of child deaths and the hospitalization rate for youngsters are the highest seen at this point in any season since the severe flu outbreak of 2009-10, health officials said Friday. And the wave is expected to keep going for weeks.

Experts say it is potentially a bad time for an extended flu season, given concerns about the new coronavirus out of China, which can cause symptoms that can be difficult to distinguish from flu without testing.

If coronavirus were to begin spreading in the U.S., there could be confusion about whether people are getting sick with it or the flu, said Dr. William Schaffner, an infectious-diseases expert at Vanderbilt University.

This flu season got off to its earliest start in 15 years, with surges of flu-like illnesses seen in parts of the South as early as October. Most cases were caused by a type of flu that usually causes substantial infections only in the spring, at the tail end of the flu season.

That wave peaked in late December and dropped steadily for weeks afterward.

But a second surge began in late January. Last week saw another rise in the percentage of doctor’s office visits that were due to flu-like illness, according to the U.S. Center for Disease Control and Prevention.

“We have not yet peaked for influenza. We are still on our way up,” Dr. David Weber, a University of North Carolina infectious-diseases specialist, said of the patient traffic in Chapel Hill.

Overall, the CDC estimated that 26 million Americans have gotten sick with flu this past fall and winter, with about 250,000 flu-related hospitalizations and around 14,000 deaths.

The viruses behind both waves can be hard on children and young adults. But they aren’t considered as dangerous to retirement-age people — good news, since most flu deaths and hospitalizations each winter occur in the elderly.

In fact, the overall death and hospitalization rates this season are not high “because we haven’t seen the elderly as involved in this flu season,” said the CDC’s Lynnette Brammer.

But 92 flu-related deaths have already been reported in children, a higher total at this point of the year than in any season in the past decade. And the hospitalization rates also are far higher than what’s been seen at this point.

The CDC said the reason is that two strains of the flu that are tough on children are spreading in the same season.

The health agency is expected to release an estimate next week of how effective the flu vaccine has been.

So far, only 15 U.S. cases of the coronavirus have been confirmed, and no deaths. All but two of the cases were in people who had traveled to Wuhan, China, the epicenter of the international outbreak. The remaining two were spread from travelers to their spouses.

Schaffner said that for the time being, it is easy to determine a likely coronavirus case by asking about a patient’s travel history.

It’s possible that concern about the coronavirus has led some people with flu symptoms to go to the doctor for testing this year, whereas they might have just stayed home in other years, Brammer said. But there is nothing in CDC data that shows that’s been happening, she added.

Still, it’s OK if it does happen, said the CDC’s Dr. Nancy Messonnier.

“People being a little worried and seeking care doesn’t especially worry me, because that’s the point. We’re looking for broader spread within the community,” she said.

To that end, health officials will use five public health labs that usually test for flu to start checking also for coronavirus. The labs are in Chicago, Los Angeles, New York, San Francisco and Seattle. When a specimen tests negative for flu, it will then be tested for coronavirus, Messonnier said.

Pennsylvania Department of Health Secretary Dr. Rachel Levine on Monday said the threat of the coronavirus remains low in the state, despite t…

Wendy Kerley gives Ethan Getman, 15, a shot of the flu vaccine at the Cordova Shot Nurse clinic in Memphis, Tennessee. A second wave of flu is hitting the U.S., turning this into one of the nastiest flu seasons for children in a decade.

A syringe with influenza vaccine inside heads for its mark during a flu vaccination at Eastfield College in Mesquite, Texas.