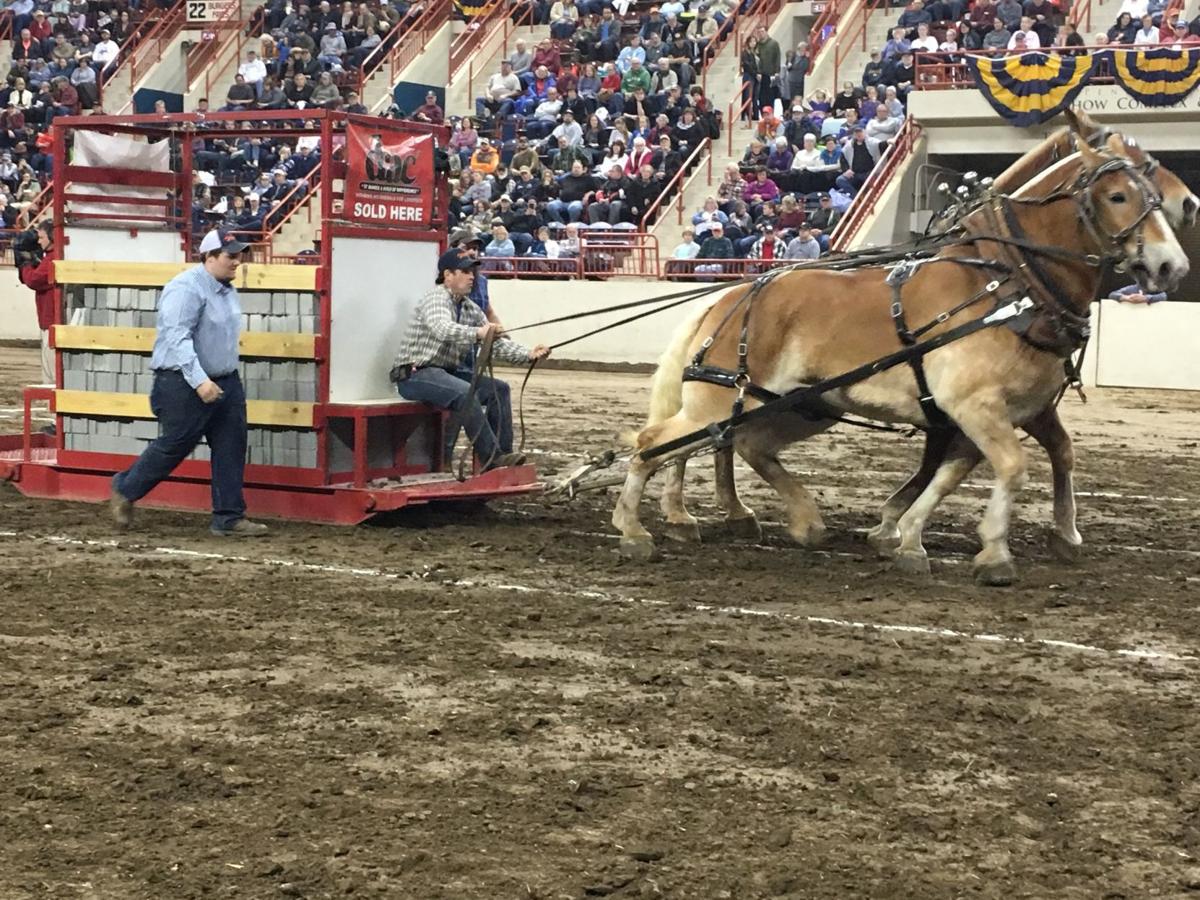 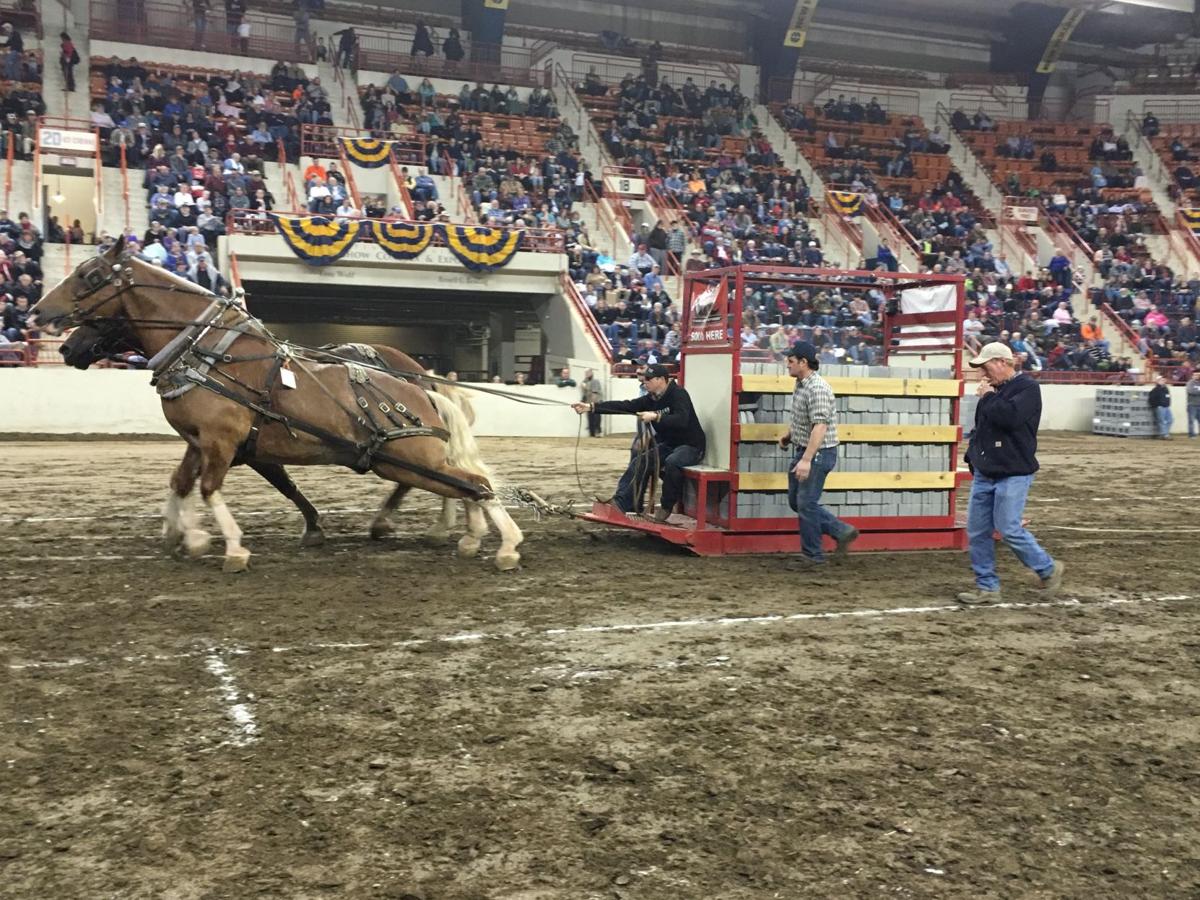 Chris Wonderley, who owns the Belgians with Scott Enslin and Marlon Kauffman, drives in the heavyweight division of the Farm Show horse pulling contest.

In the end, they could do no more. Their brute strength and teamwork wasn’t enough to pull a sled loaded with 10,850 pounds of concrete blocks the required 27½ feet.

Owner Scott Enslin of Upper Mifflin Township said he wasn’t the least bit upset with Dick, Mike, Bud and Jimmy because all four of the Belgians were new to horse pulling at the Farm Show. He owns one team himself and the other with friends Chris Wonderley and Marlin Kauffman.

“These teams barely got their last loads across the line,” said Enslin, who owns a 67-acre farm. “It was hard for them.”

Horse pulls, an enduring piece of Americana at the Farm Show, pit teamsters and horses against a “sled” filled with concrete blocks.

Teams must pull the sled for 27½ feet. The weight gradually is increased until the team that can pull the heaviest load the farthest wins. All of the competing horses were Belgians, perhaps the hardest-working breed of draft horses.

In the end, Bobby Howard of Acme, in his 29th year of Farm Show horse pulling, captured first place and $500 with his team and second place and $450 with his father’s team.

The heavyweight division followed with 5,450 pounds in the first round. The weight increased until the sled held 10,850 pounds by the eighth round.Enslin decided to withdraw from the contest when the weight hit 9,650 pounds. “I’ll let my team think they are winners so they want to do this again,” he said. “You’ve got to know when to quit.” He said that Dick, his eight-year-old Belgian, has been blind in his left eye since birth.

“Competition was tough tonight,” said Bobby Howard, standing with Curt and Chart, who just pulled in their third Farm Show. “There’s a lot of good teams in this class.”

Chris Wonderley, who owns the Belgians with Scott Enslin and Marlon Kauffman, drives in the heavyweight division of the Farm Show horse pulling contest.