TALLAHASSEE, Fla. — It was Isabella Tadlock's dream to be able to bend her fingers and pick things up. But she was born with a disability that made that challenging.

So when the 11-year-old "Star Wars" fan asked for an R2-D2 bionic arm, she thought it was going to be the best gift ever. Then came the call from someone familiar.

Mark Hamill, who played Luke Skywalker in the movie series, had a video call with Isabella when he found out her new arm had been delivered. She showed him her new R2-D2 arm, and after the two had a 30-minute conversation, he sent her passes to Disney World.

"He could not have been more encouraging and kind," Isabella's mother, Pamela Tadlock, told CNN.

The Tallahassee, Florida, girl's family started fundraising for the bionic arm after Isabella saw a video of a little boy with a similar device last summer.

Thanks to her supporters, she raised almost $14,000 — with Hamill's help along the way. He retweeted her donation link to his 3.6 million followers in November after Isabella's nanny sent the link to him, saying how big of a fan she was.

"I heard you're a 'Star Wars' fan. But I have to tell you, I'm a big fan of yours. I'm so proud of you," Hamill said in the video. "They call it a hero arm because you really are a hero."

Life with the hero arm

The makers of the "hero arm," Open Bionics, created it for that exact reason, wanting to give children with limb differences an empowering arm. "Welcome to the future, where disabilities are superpowers," the company says on its website. The "hero arms" are made to pick up signals from muscles in the residual limb.

When it came time for Isabella to choose what kind she wanted, she asked for one that resembled R2-D2, Luke Skywalker's droid in the movies.

It's been only two weeks since she got the new arm, but Isabella says these have been the best days of her life.

"I am so excited. I will be able to ride my bike, swing on the monkey bars, create in the kitchen and be like my friends," Isabella said in an update on her Mightycause account.

"It's helping tremendously with her self-esteem and confidence," Tadlock said. "Just last night for the first time she was able to blow dry her hair by herself."

The strong-willed "Star Wars" fan has faced several obstacles in her young life, but her family has been there every step of the way. And her six siblings have treated her no differently, Tadlock said.

And now she has a new dream: to be a bionic arm model.

Most people want to keep old files on their devices

Most people want to keep old files on their devices 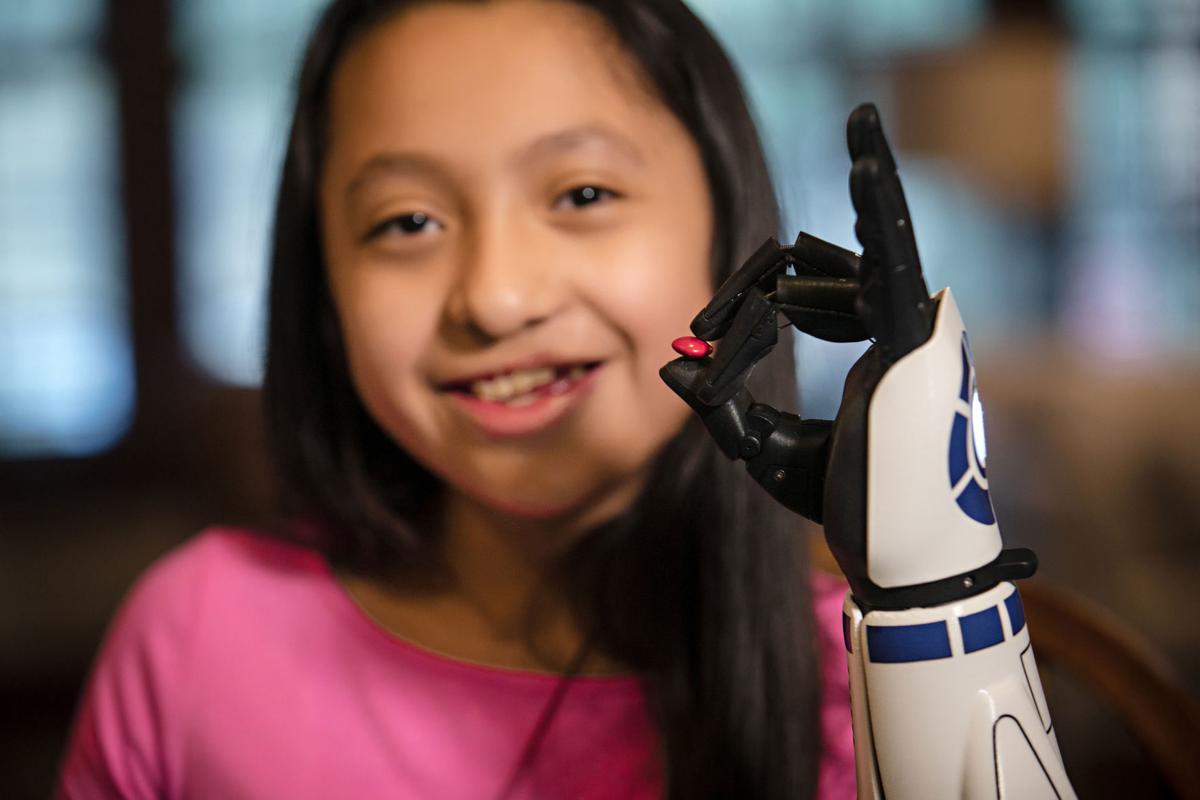 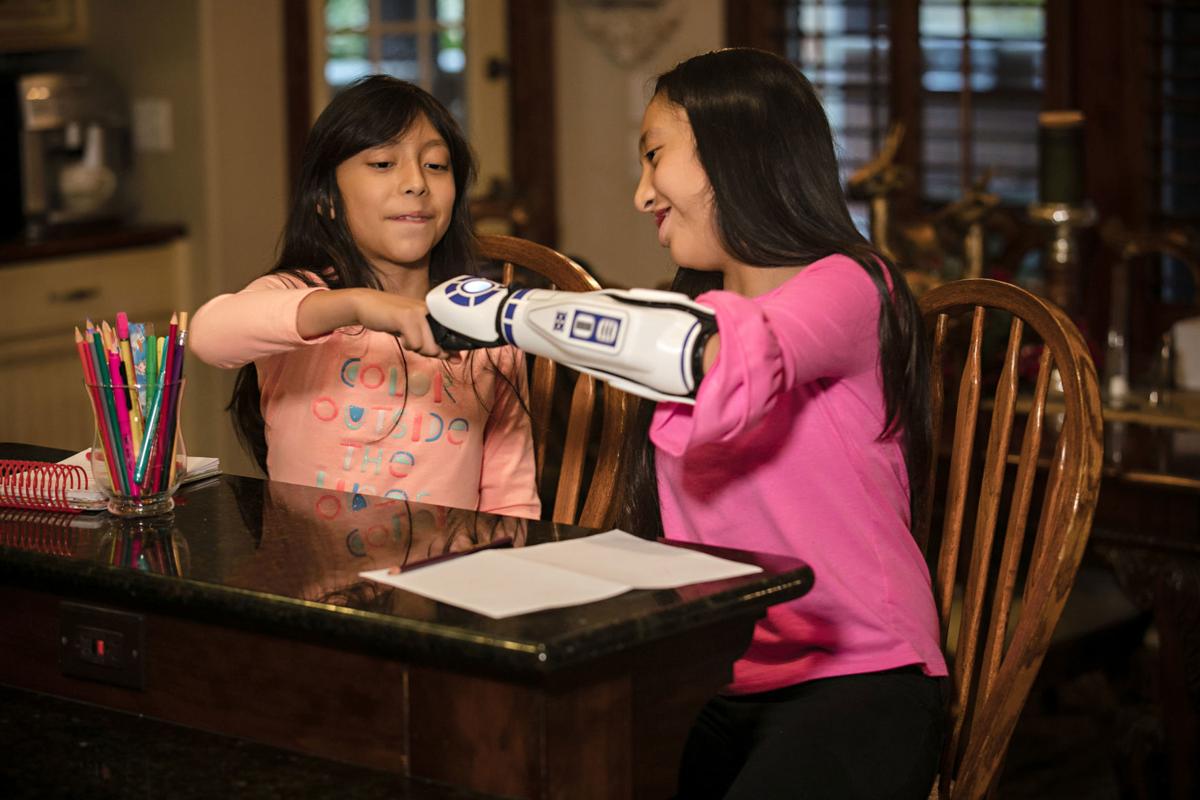 Isabella Tadlock fist-bumps her sister after getting a bionic arm, which she also showed to her hero, Mark Hamill, who played Luke Skywalker in the "Star Wars" movies.