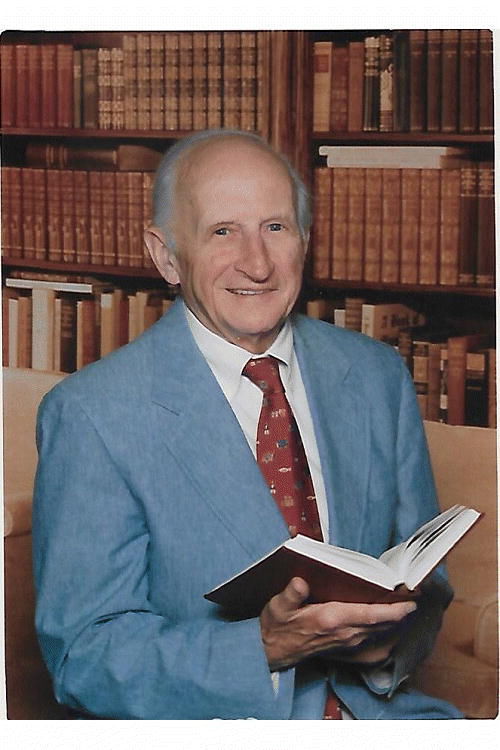 Wayne Howard Borges, M.D., passed away in Carlisle on June 3, 2018. He was born on December 7, 1919 in Cleveland, Ohio, the son of Howard Henry Borges and Helen Addison Procter (Crockett) Borges. Jean Ellen (Borges) Allen was his sister. He attended Collinwood High School in Cleveland and then Kenyon College in Gambier, Ohio, graduating in 1941. He then went on to Western Reserve University School of Medicine in Cleveland, where he met and married his classmate Margaret Jane (Addison) Borges from Boise, Idaho. They completed their internships together at St. Luke’s Hospital in San Francisco, following which he served in the U.S. Navy, assigned to the U.S. Marine Corps in the Pacific.

Following his discharge from the service, they did their pediatric residencies at Children’s Hospital in Boston, Massachusetts. From 1949 to 1951, they both served on the Atomic Bomb Casualty Commission in Nagasaki, Japan, studying the effects of radiation on children. Following their return to Boston, Dr. Borges was on the faculty of Harvard University and the staff of Children’s Hospital. Their son Kent was born in Boston in 1951.

In 1952, Dr. Borges and his family returned to Cleveland, where he joined the faculty of Western Reserve University School of Medicine and the staff of Babies & Children’s Hospital. Their daughter Gretchen was born in 1953. Dr. Borges was recalled to active duty in the U.S. Navy during the Korean War. From 1958 to 1963, he was a professor of pediatrics at the University of Pittsburgh School of Medicine and on the staff of Children’s Hospital of Pittsburgh. While in Cleveland and Pittsburgh, he also was a piper with local Scottish Highland bagpipe bands. In 1963, the family moved to Chicago where he taught at Northwestern University School of Medicine and was on the staff of Children’s Memorial Hospital, now Ann and Robert H. Lurie Children’s Hospital of Chicago. He was the Henry Heinz and George LaPorte Givens Professor of Pediatrics at Northwestern. Throughout his medical career as a pediatric hematologist and cytogeneticist, Dr. Borges devoted his research and practice to the treatment of leukemia in children.

Following the death of his wife Jane in 1984, Dr. Borges retired and moved to Carlisle, Pennsylvania, an area the two of them had often visited, due mainly to the Letort Spring Run and the Yellow Breeches Creek. Throughout his life, Dr. Borges was an avid fly fisherman, tying thousands of his own flies as well as reading his extensive trout fishing library in the off season. Among the many streams he fished in addition to the Letort and Yellow Breeches, his favorites included the Beaverkill River in upstate New York; the Battenkill River in Vermont; the Yellowstone and Firehole Rivers in Wyoming; the Boise River and Johnson Creek in Idaho; and the Skykomish and Snoqualmie Rivers in Washington. He also fished extensively in Montana, Wisconsin, and Illinois (where he was a member of the Anglers’ Club of Chicago Royal and Ancient Order of Fly Fishermen) as well as in Alaska and Newfoundland.

In 1986, Dr. Borges married Mary Ellen Weiske (Rich) Borges of Carlisle. Wayne and Molly were active members of St. John’s Episcopal Church as well as the Episcopal Diocese of Pennsylvania. For many years, they taught the Active Parenting program course at St. John’s and supported the work of Marian Wright Edelman and the

Following Molly’s death in 2009, Dr. Borges established in her honor the Mary Ellen Borges Memorial Lecture Series, a joint collaboration of Dickinson College and St. John’s Episcopal Church. Lecturers in the series have included Professors Elaine Pagels, Bart Ehrman, Amy-Jill Levine, Stephen Richard Prothero, James Calvin Davis, and most recently the author, screenwriter, and musician James McBride, a National Book Award winner. Dr. Borges also established the Jane Addison Borges, M.D. Memorial Visiting Professorship Fund in memory of his first wife at their alma mater, the Case Western Reserve University School of Medicine. He served on the Board of Trustees of his alma mater, Kenyon College, which awarded him an Honorary Doctor of Science in 2002, and on the Board of Trustees for the Sara Todd Memorial Home in Carlisle, where he later resided from 2005 to 2018.

From childhood, Dr. Borges was a voracious reader. In addition to his medical and fishing books, his extensive library reflected his many diverse interests: literature, religion and theology, philosophy, and history. He was particularly interested in Thomas Jefferson, the Lewis & Clark Expedition, the western fur trade, Native Americans, the Ancient Greeks, and the history of tea. He also enjoyed reading the works of

Dr. Borges was a regular for lunch at the Boiling Springs Tavern and was well known at the Carlisle Diner, where he also met with his fellow fisherman, Jack Hunter, George Kachmar and Andy Decker—the “Tuesday Lunch Bunch.” He was a tea lover and greatly enjoyed sharing afternoon tea with friends using one of his many teapots.

A memorial service celebrating the life of Dr. Wayne H. Borges will be held on Saturday, September 22, 2018 at 10:00 a.m. at St. John’s Episcopal Church, lA N. Hanover Street, Carlisle, PA l7013. A reception at the Church with the family will follow the service. Dr. Borges’ ashes were inurned with those of his wife Molly in the Chapel of the Good Shepherd Columbarium at St. John’s Episcopal Church in Carlisle.

In lieu of flowers, donations in memory of Dr. Wayne H. Borges can be made to: